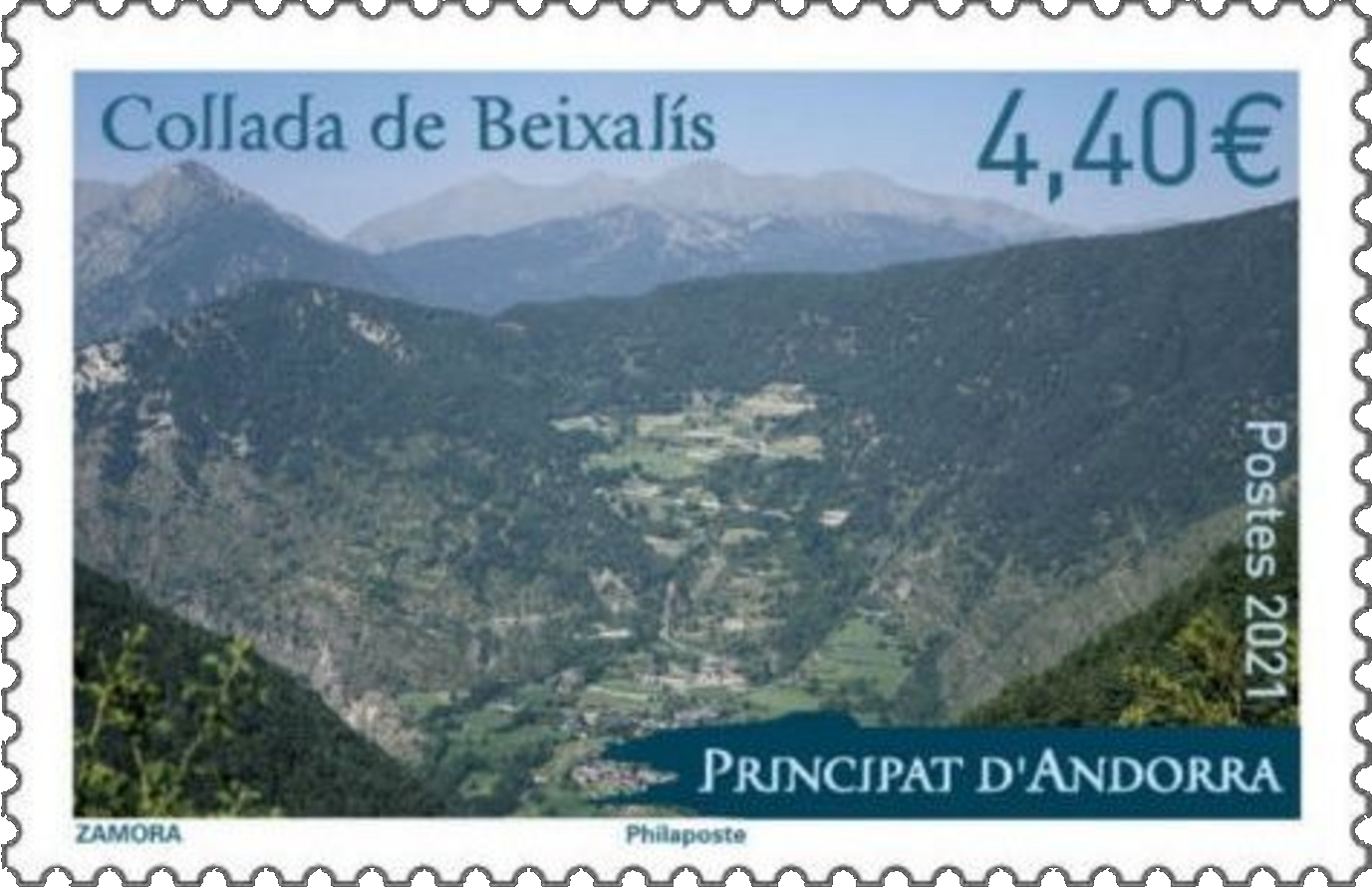 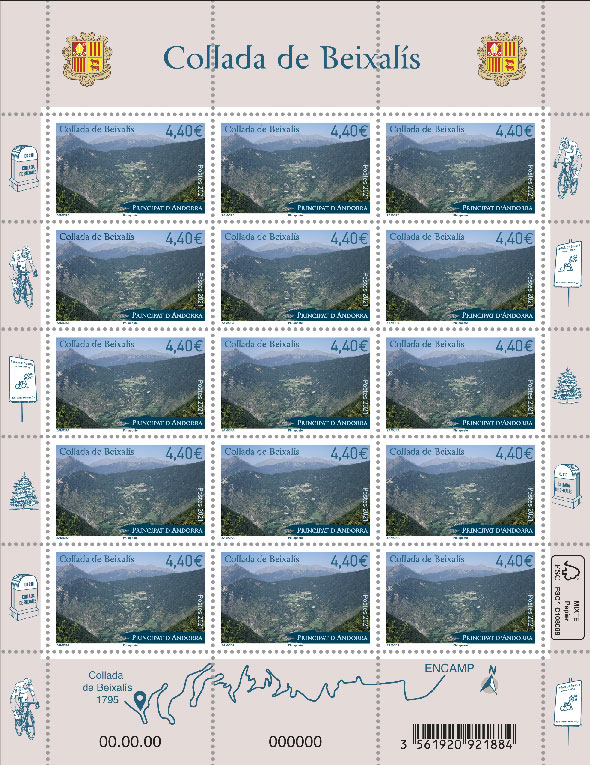 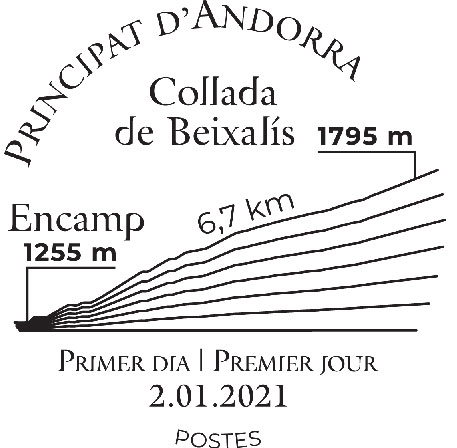 This stamp is the 2nd in the series “Landscapes and mountain passes” – Paisatge i ports de muntanya. The Col de Beixalís, at an altitude of 1795 m, is a mountain pass in the Pyrenees located in Andorra. It connects the parish of Encamp to that of La Massana, and separates the 2 main valleys of Andorra, west and north. To get there from Encamp, take the CS-210 departmental road. The country’s commitment to cycling, both professional and amateur, led to the fact that at the beginning of 2015 the existing forest track was completely paved to allow the circulation of wheeled vehicles. On September 2, 2015, the 11th stage of La Vuelta (Tour of Spain), considered the queen stage of this edition, with a distance of 138 km, inaugurated the pass Despite its modest height, engraving this mountain pass has become a titanic event for cyclists who dare to climb the slope of Encamp. The distance is short but the effort is intense, the seven-kilometer route has an average gradient of 8.2%. Climbs of up to 18% gradient require the cyclist to twist on the bike in order to overcome the 577 meters of vertical drop. The Col de Beixalís also saw the passage of the Tour de France in 2016. In 2021 it will be on the route of the 15th stage of the Tour on July 11.

This stamp is only valid from the Principality of Andorra.

The stamp was designed by Joan Manel ZAMORA and laid out by Stephanie GHINÉA. 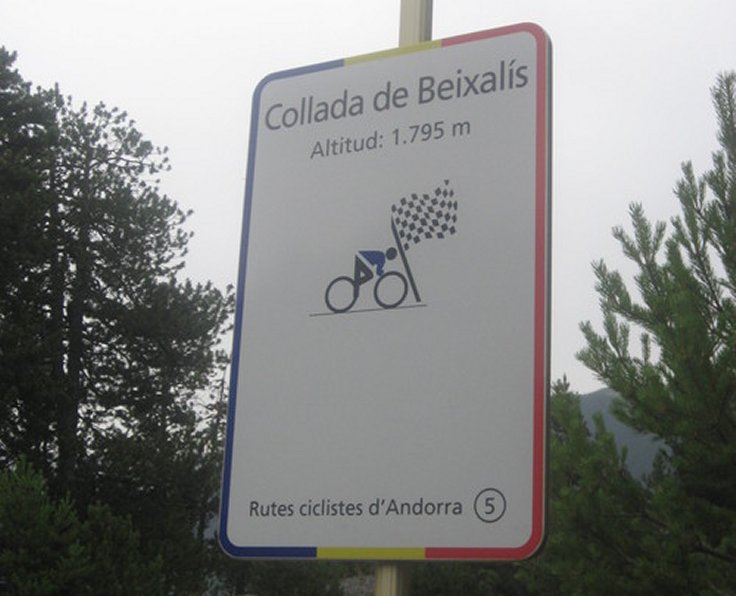 Collada de Beixalis is a high mountain pass at an elevation of 1.806m (5,925ft) above the sea level, located on the boundary of La Massana and Encamp, in Andorra.

Located in the eastern Pyrenees mountains, the road to the summit is open to traffic throughout the year, may be closed for short periods in winter when the weather is bad. There are 2 routes to reach the summit. 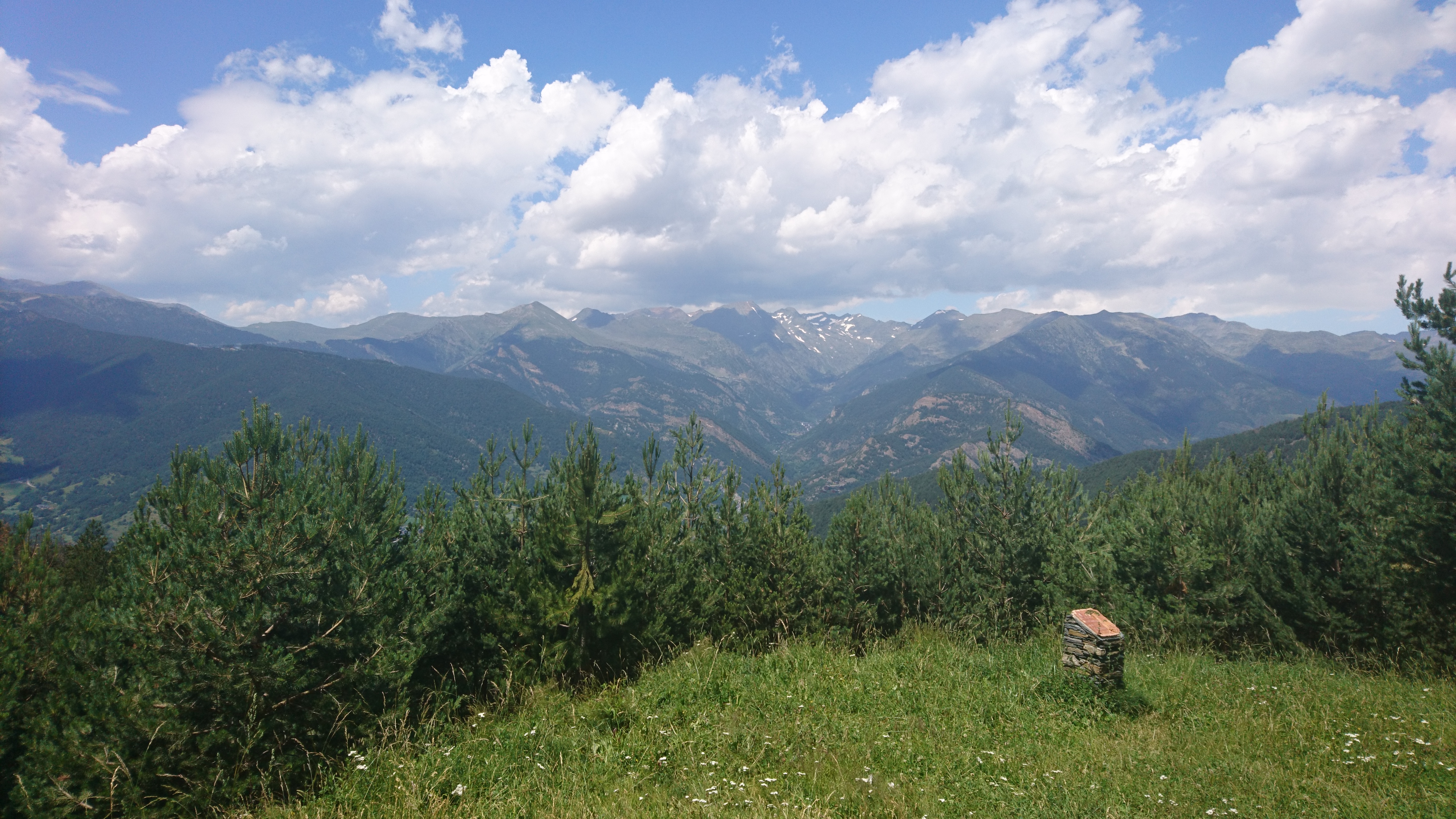 NOTICE: Due to the spread of COVID-19, many points of interest and roads are closed and travel is not recommended. Please follow all local health authority directives before venturing off, and stay safe. 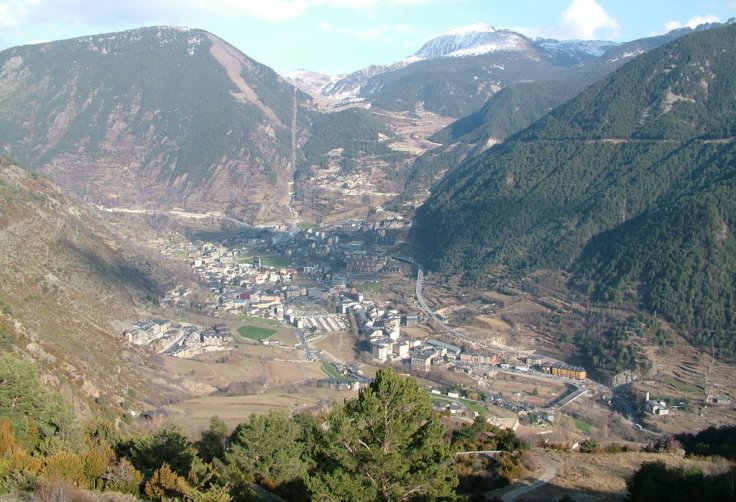