At around the time I began collecting stamps in the early 1970s, I was also beginning to develop an interest in the history of the United States. Preparations were already underway for the Bicentennial celebrations due to culminate in 1976 and the USPS was making certain that the public was getting a healthy dose of Revolutionary history on its stamps.

It was not until much later in my life that I was to discover that my family has a line rooted in the very beginnings of our nation (indeed, their arrival on this side of the Atlantic Ocean predated its independence by a number of years). Even before learning of this connection, I had a deep interest in the War for Independence and in particular, George Washington. When I received my first stamp album, a hand-me-down my mother had started during World War II, I fell in love with the stamps from the 1930’s including the 1932 commemorating the 200th birth anniversary of our first President.

Today’s featured cover — a 1982 FDC from Samoa — is another item with an underlying story that is not apparent from just looking at it.  Yes, it commemorates George Washington’s birth 250 years prior but one of the stamps pictures what I believe is one of a pair of dueling pistols once owned by my family! 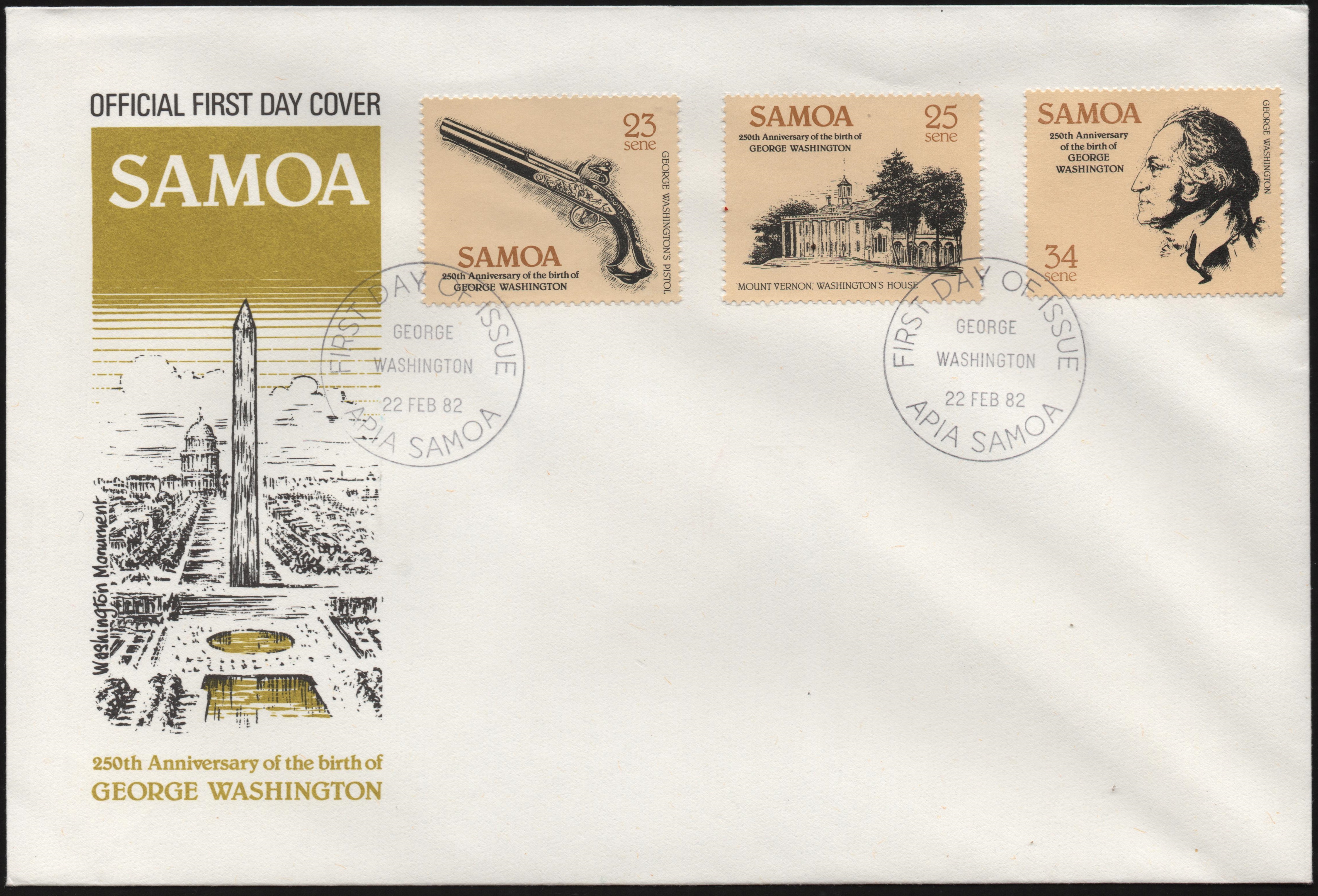 In a nutshell, one of my ancestors on my adoptive mother’s side of the family (just so you know that he is not a blood relative) was a master forager and later quartermaster in the American Revolution and received a personal commendation from General George Washington. He was also a member of the Pennsylvania Constitutional Convention of 1776 and after the war he became an auctioneer in Alexandria, Virginia, and then one of the community’s first mayors. My ancestor — Philip Marsteller — was rather good friends with Washington and even participated in the arrangements of the President’s last birthday celebration on 22 February 1799.

Colonel Marsteller then served as the only non-Mason pallbearer at George Washington’s Mount Vernon funeral on the afternoon of 19 December 1799. Shortly before his own death, Marsteller acquired a pair of matched flintlock pistols had once belonged to George Washington. The pistols were bought from the estate of Bartholomew Dandridge, former Private Secretary to George Washington. They were 14 inches long, with brass barrel, full-length walnut stock and seven solid silver inlays, including a grotesque mask on the butt; a rolled edge and engraved trigger guard; a panoply of arms on the cut-out side plates which show cannon, flags, drums, pole arms, a lion, and a unicorn.

In 1902, the pistols were sold to an antique arms dealer — Francis Bannerman — at an estate auction near Warrenton, VA. In 1914, the pistols were sold to collector Edward Litchfield. In 1951, the Litchfield collection was sold to Clendennin Ryan. In 1953, he presented them to the U.S. Military Academy at West Point where they currently reside in the West Point Museum. In 1978, the U.S. Historical Society with headquarters in Richmond Virginia, commissioned a limited edition of 975 pairs of commemorative replicas of the pistols, which were offered to the public for $2,600. 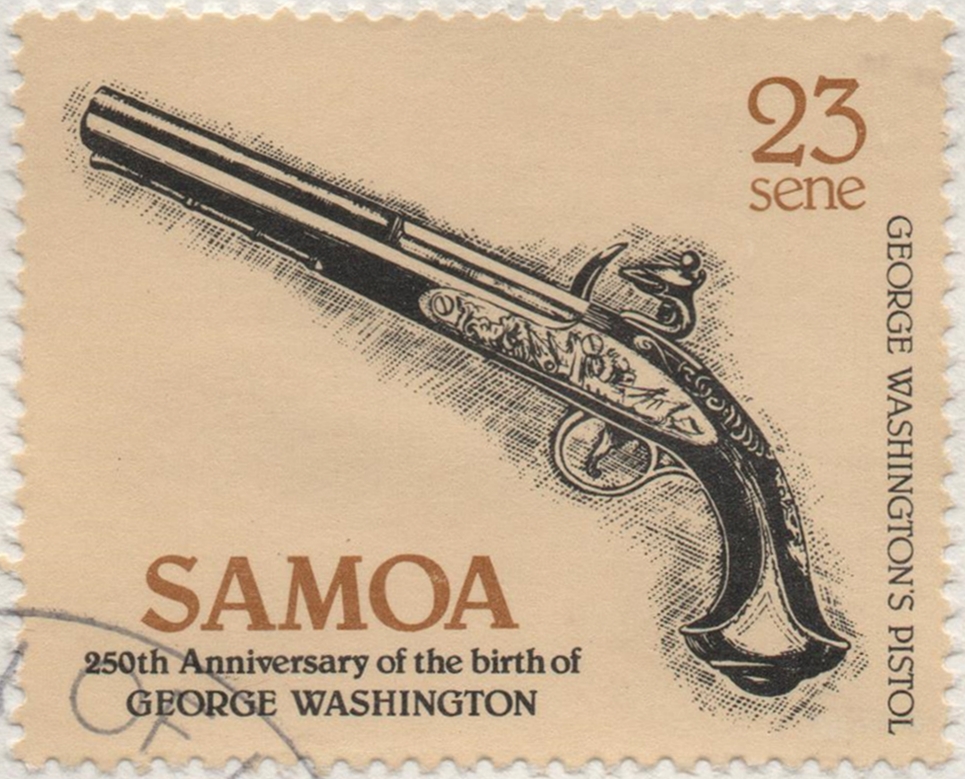 I have said it before and I will say it again:  you never quite know what surprises your stamps and covers may have in store for you. When I first stumbled across this first day cover on eBay, I absolutely knew that I needed to add it to my collection due not to its American history aspect but to my own family history. I think I may have paid about 25 cents for the item.

In 2017, I wrote three articles about the Marsteller branch of the family for my Asian Meanderings blog, including some really nice images. If you are interested in a bit of Americana, please take a look (the link above leads to Part 3).