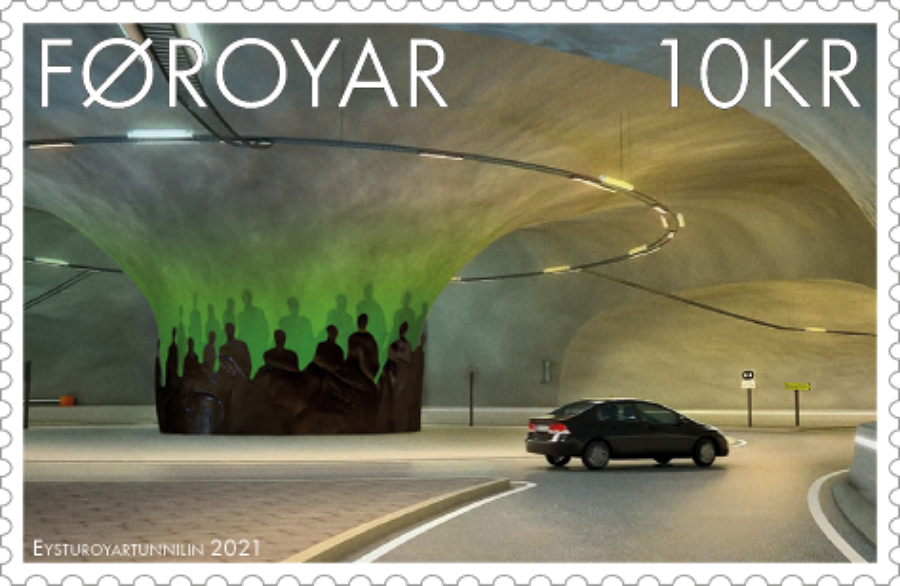 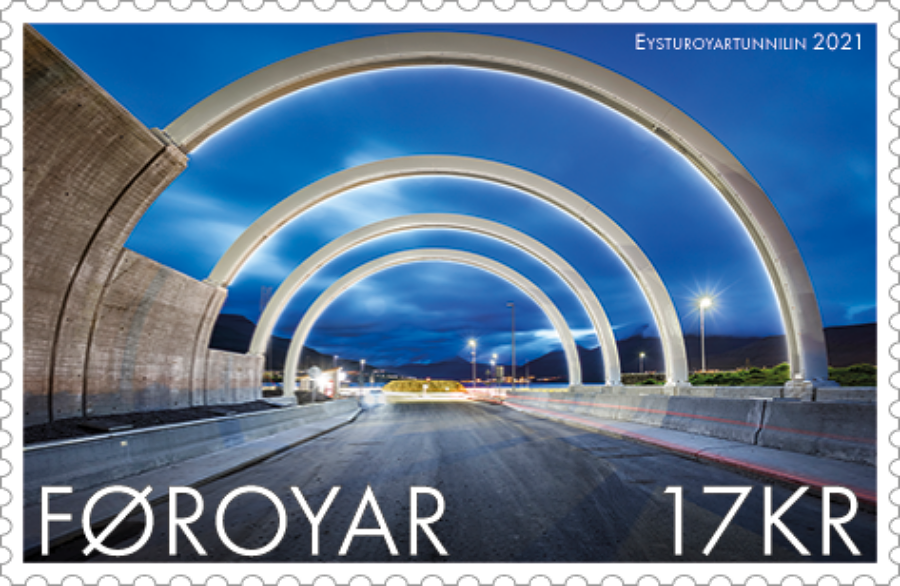 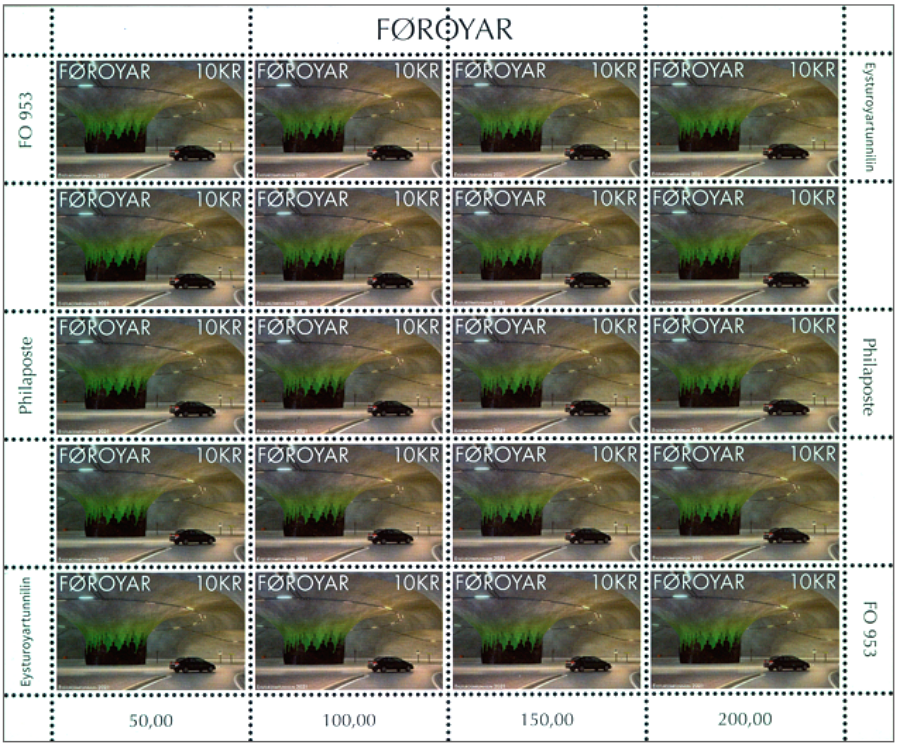 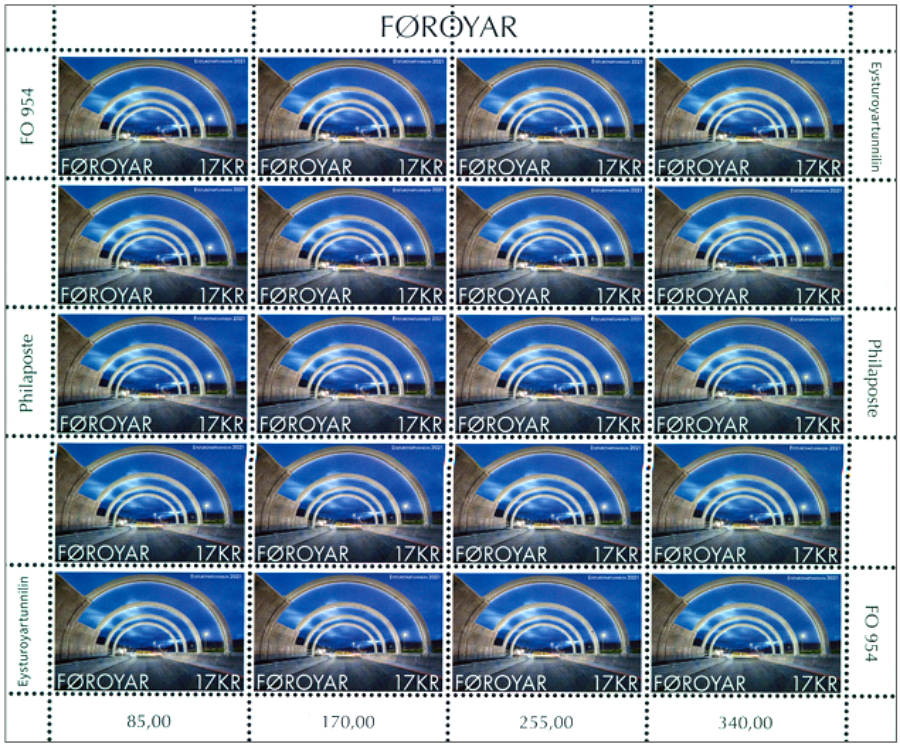 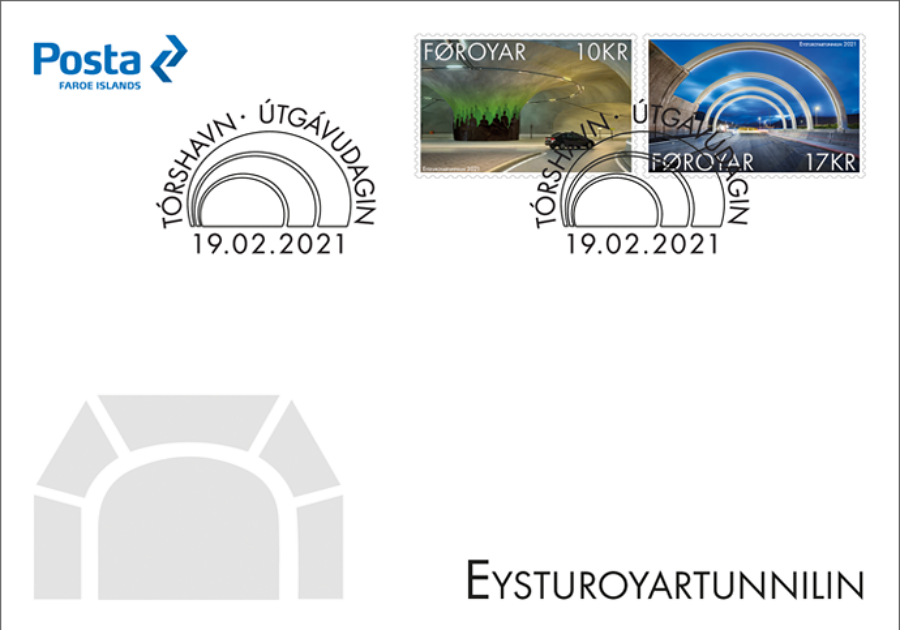 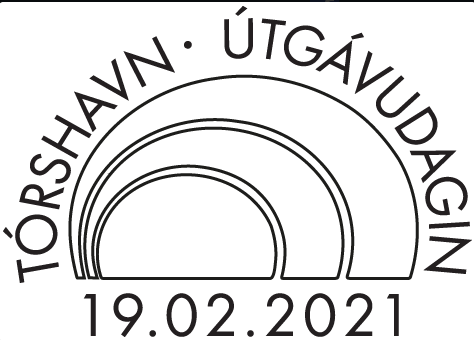 The Eysturoy Tunnel
The underwater tunnel opened on December 19, 2020.
The undersea highway
On 21 February 2017, Henrik Old, a Faroese cabinet minister, unleashed the first blast in the largest tunnel project ever in the Faroe Islands. This happened in the town of Strendur on Eysturoy. Initially a 1.7 km long underwater tunnel was drilled and blasted towards a fixed point under the mouth of the fjord Skálafjørður. Shortly afterwards, on 27 April 2017, work began on drilling and blasting a 7.5 km long tunnel from the village of Hvítanes just north of Tórshavn on Streymoy. This tunnel headed towards the same fixed point below Skálafjørður, as the one from Strendur.
An underwater roundabout
On 11 December 2017, the tunnel workers from Strendur reached the fixed point where, unbelievably, an undersea roundabout was to be made due to the construction of two tubes southwards from Eysturoy, one from Strendur on the west side of Skálafjørður, the other from Saltnes at Runavík on the east side of the fjord. The circular roundabout has a stone pillar artwork in the center. These two new projects involved a team drilling a 2.2 km. long tunnel towards Saltnes, while another team began to drilling towards their mates working on the tunnel from Hvítanes.
A subsea meeting
On Friday, June 7, 2019, the drilling teams from Eysturoy and Streymoy met somewhere under the seabed between the two large islands. When the last blast had been shot, an undersea tunnel with three mouths had been constructed. The main tunnel is 11,250 meters long (36,909 ft.). In order to increase safety, no incline in the tunnel is steeper than 5%. The highest point of the tunnel is 15 meters (49 ft) above sea level, while its lowest point is 187 meters (614 ft) below sea level.
When the work of drilling and blasting was over, work began on building roads in the tunnel and finishing its construction. In parallel with the tunnel project development itself, extensive road construction work has been carried out at the tunnel mouths. 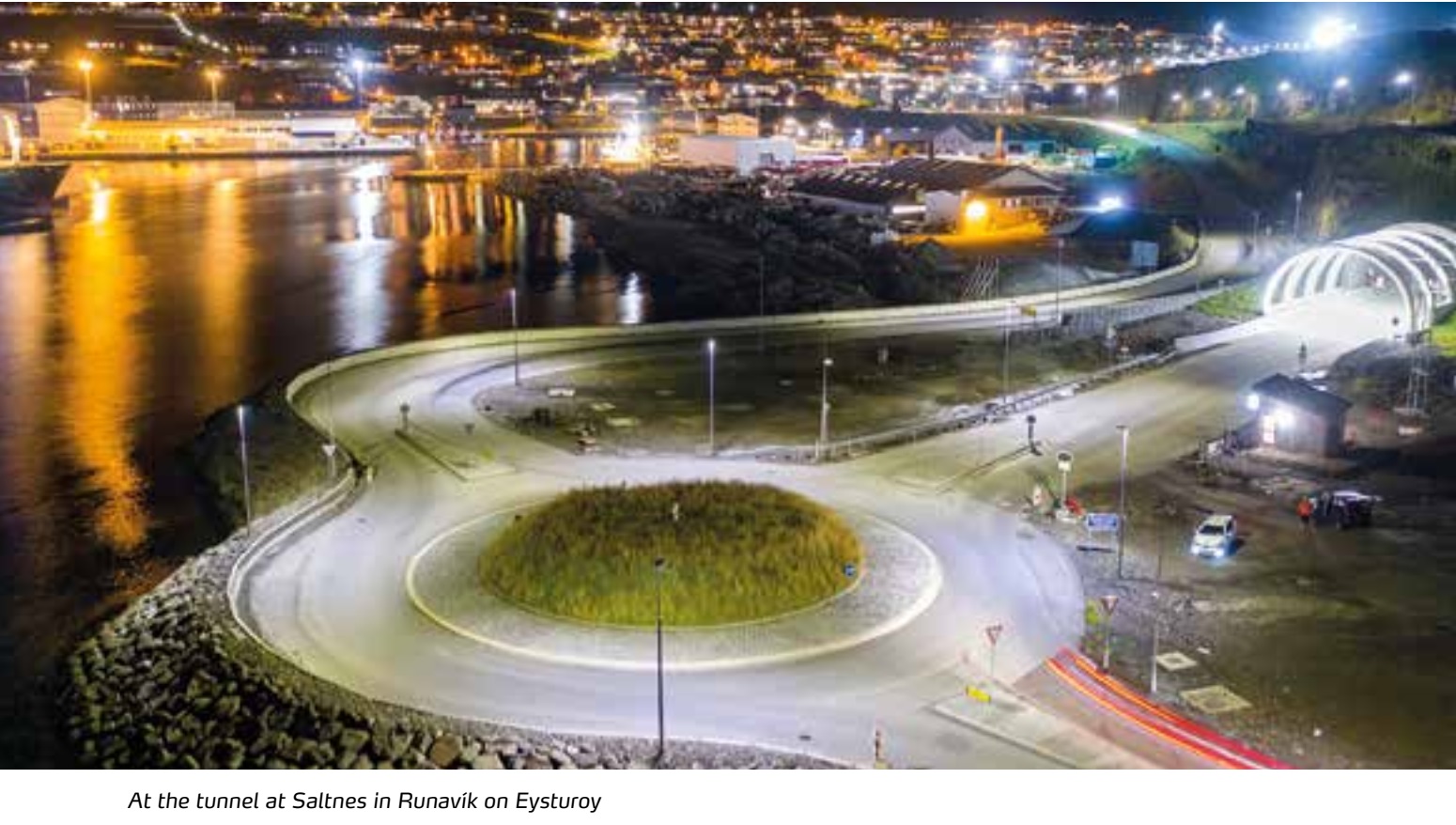 Function
Unlike the other two undersea tunnels – the first connecting Vágar with Streymoy and the second connecting Klaksvík on Borðoy with Leirvík on Eysturoy – the Eysturoy tunnel is not meant to replace a ferry route.
Road connections already exist from Tórshavn through a tunnel in Kaldbaksbotnur and then along Streymoy’s east coast up to the bridge over the strait to Oyrarbakki on the Eysturoy side. From there, the road continues up to the large tunnel leading to the long valley towards the bottom of Skálafjørður. From there you can drive along the east side of Skálafjørður to the large towns of Skáli and Strendur – or along the west side to Runavík/Saltangará, Toftir and the smaller towns beyond. Along the west side you can also turn off at Skipanes and drive up over the mountain pass to Gøta and Fuglafjørður, or turn at Norðragøta to the tunnel leading to Leirvík. From there you can take the undersea tunnel to Klaksvík and the upland areas of the northern islands.
However, the old route is long and difficult in some places, especially in winter and in stormy weather. The function of the Eysturoy tunnel is to make this route redundant for transport and commuters from Eysturoy and Klaksvík.
Shorter road, safety and less emission
From the tunnel mouths in Runavík and Strendur, there are 55 kilometres to Tórshavn along the old route, i.e. ca. 54 minutes’ drive. With the new tunnel, the route is only 17 kilometres and driving time is 6 minutes. The driving distance by road from Tórshavn to Klaksvík is 73 kilometres along the old route, approx. 68 minutes’ drive. With the new tunnel, the route is 35 km and the driving time is shortened to 41 minutes. This will improve conditions for commuters and freight transport, both in terms of driving time and road safety. Shorter trips also lead to reduced CO2 emissions, making the Eysturoy tunnel an excellent alternative to older routes.
Underwater art
As mentioned before, the tunnel is equipped with a subsea roundabout. In the centre of the roundabout, there is a huge basalt column. The contractors contacted the well-known Faroese artist Tróndur Patursson and asked him to suggest artistic decorations for the column. Patursson’s solution was to feature the Faroese chain dance on steel. The dancing figures are illuminated from behind with colour-changing light – projecting dancing shadows on the basalt column when car headlights sweep over them. A chorus of one of the long heroic ballads says that “no one dances underground” – but apparently everything is possible under the seabed.
Anker Eli Petersen