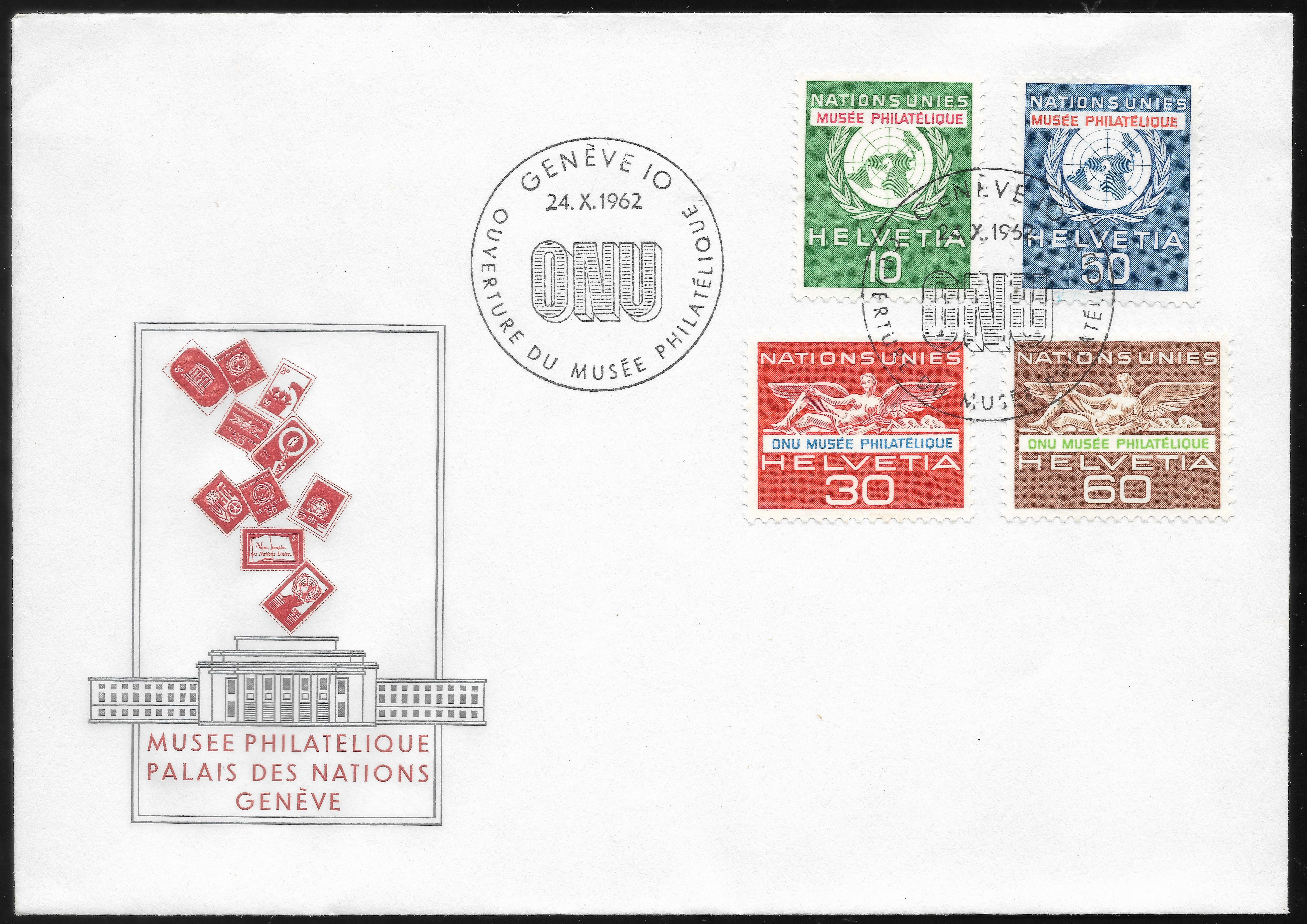 For several years now, I have enjoyed browsing the eBay listings of several favorite cover dealers based in the United States who offer a variety of cheap but interesting items. Today’s random cover is from such a purchase and was “found” in my June 2020 scans folder.

This is a first day cover for a set of official stamps released by Switzerland for the United Nations European Office. The Scott catalogue lists these after the regular Swiss stamps. This issue is #7O34-7O37 and was issued on 24 October 1962 utilizing type stamps originally released between 1955 and 1959 with the addition of an inscription in a white bar.

The occasion was the opening of the United Nations Philatelic Museum (Musée philatélique des Nations Unies in French, Museo Filatélico de las Naciones Unidas in Spanish and Philatelistisches Museum der Vereinten Nationen in German). This was installed in the Palais des Nations in Geneva to house the Charles Misteli collection, which had been acquired from this Geneva teacher. The goal was to make known the United Nations activities through its stamps. Unfortunately, the museum had closed by 30 November 2003.

The United Nations offices in Geneva began issuing their own stamps in 1969. At that time currency was inscribed F.S. (Swiss Francs). Now the inscription reads “CHF”, for “Swiss Confederation” (in Latin) plus “Franc”. Stamps are valid only on letters mailed at the Palais des Nations in Geneva. Mail is delivered by the Swiss Postal system.