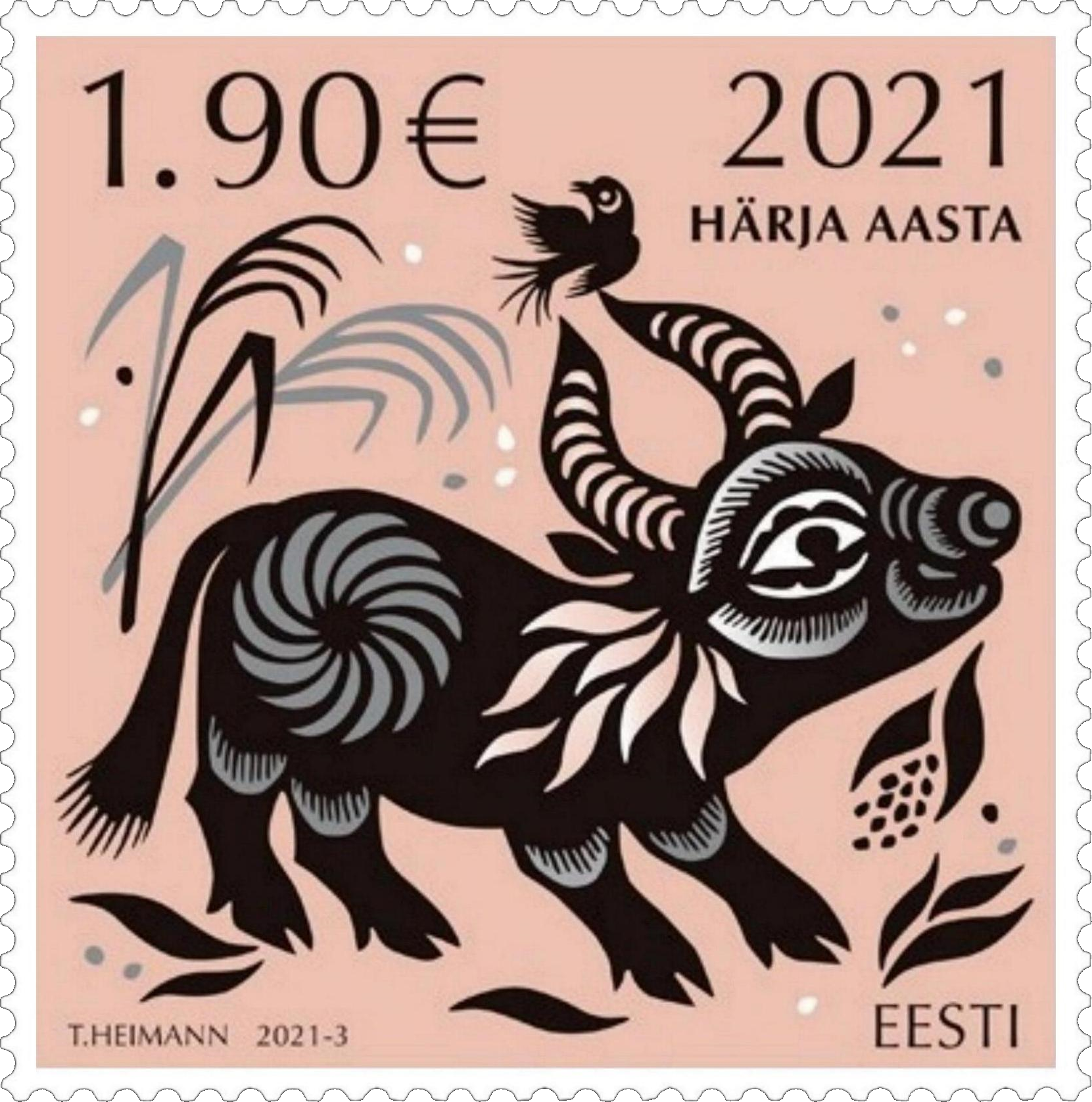 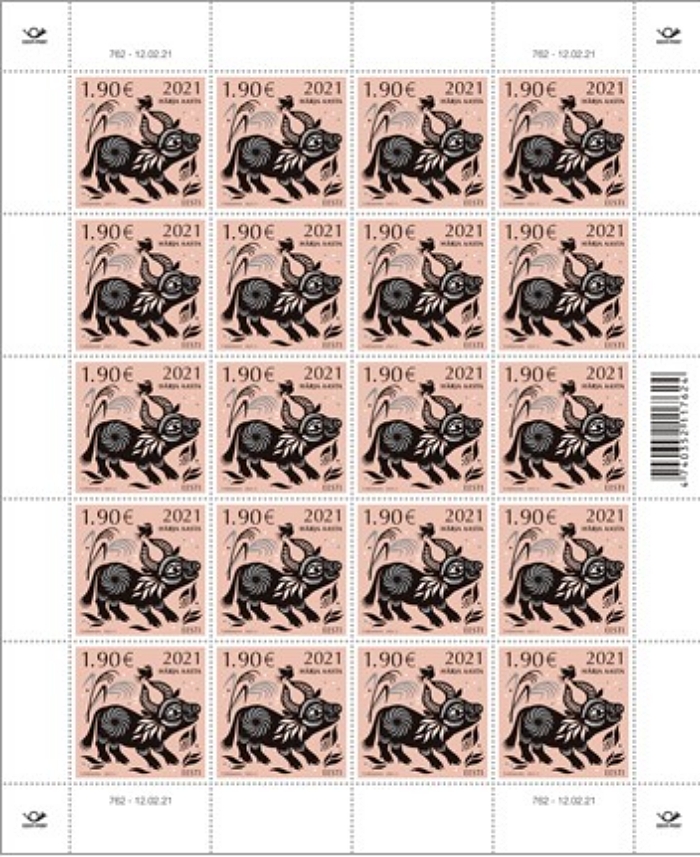 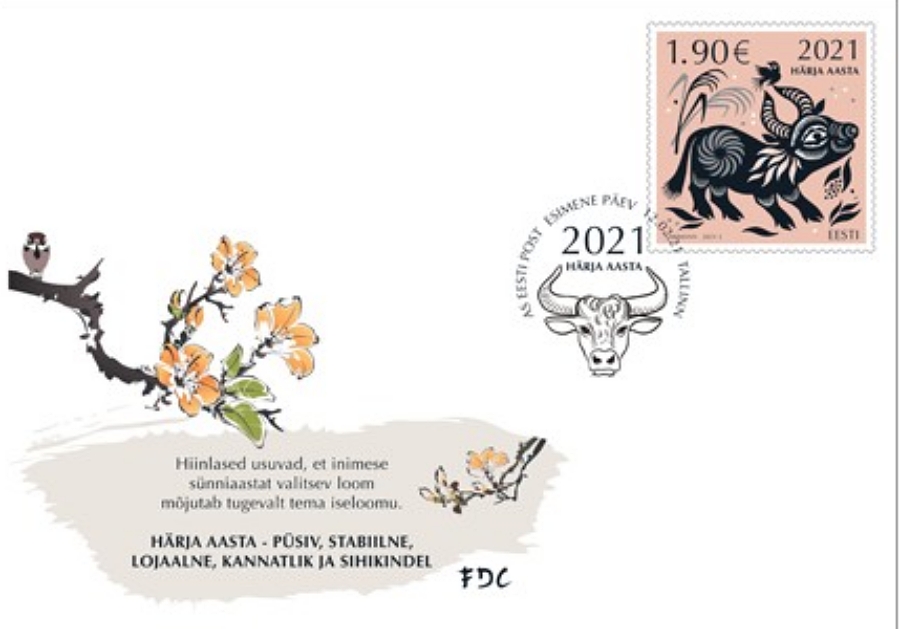 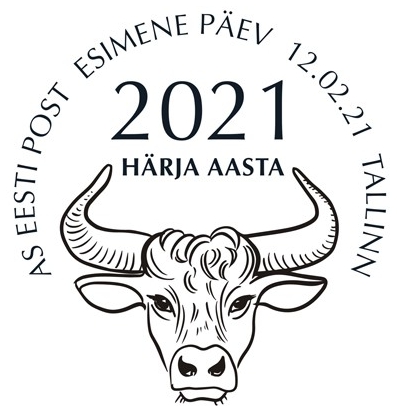 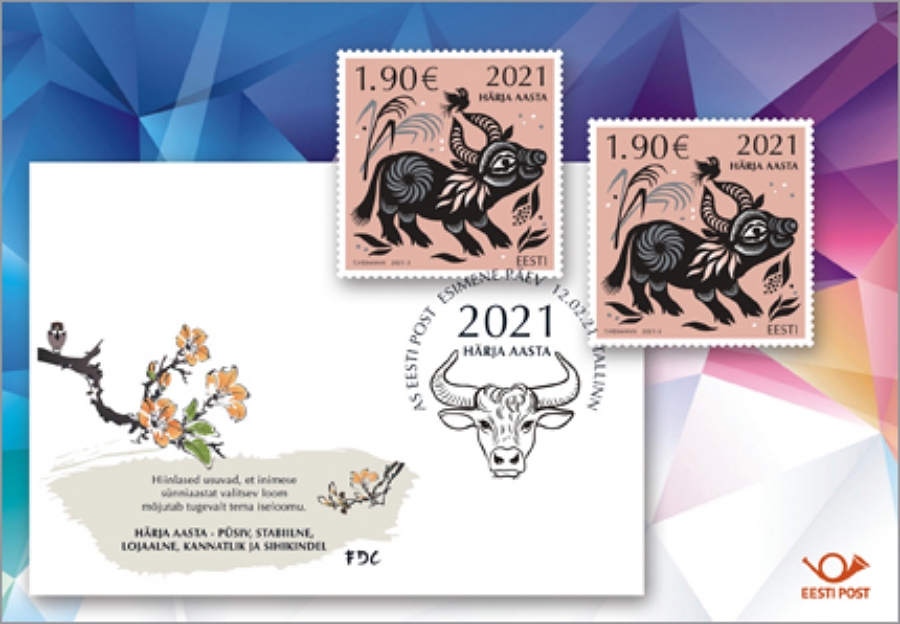 A stamp series dedicated to the Chinese New Year has been published since 2011. The stamp soon to be released is the eleventh stamp in the series and is dedicated to the year of the Ox, which starts on 12 February. Chinese astrology includes twelve animal signs; the ox is the second one. According to one legend, the mystical Jade Emperor organised a race between 12 animals from one end of the Heavenly Sea to the other. The ox moved determinedly towards the finish line ahead of others, but the clever rat who rode on the ox’s back jumped off just before the finish line and so the ox came in second. In Chinese culture, the ox is a symbol of hard work, perseverance and honesty.

The ox of the Chinese zodiac has a long history. In Chinese mythology, many myths about oxen or ox-like entities include celestial and earthly beings. The myths range from ones which include oxen or composite beings with ox characteristics as major actors to ones which focus on human or divine actors, in which the role of the oxen are more subsidiary. In some cases, Chinese myths focus on oxen-related subjects, such as plowing and agriculture or ox-powered carriage. Another important role for beef cattle is in the religious capacity of sacrificial offerings. Chinese mythology intersects with the idea of the zodiacal ox.

According to some old mythological traditions there was a race held by a great deity to determine which creatures, in which order, would be the namesakes of the twelve-year cycle. The race was run, and swum, the finishing line being across a great river. The Rat and the Ox crossed easily enough, the Ox due to being large, powerful, and adept both on land and in water: the Rat asked the good-natured Ox for a ride on its back, but then ungratefully jumped off at the last minute to cross the finish line first.

In the Vietnamese zodiac, the water buffalo occupies the position of the Ox. In Nepal, the Tamu/Gurung people celebrate the year of the cow.