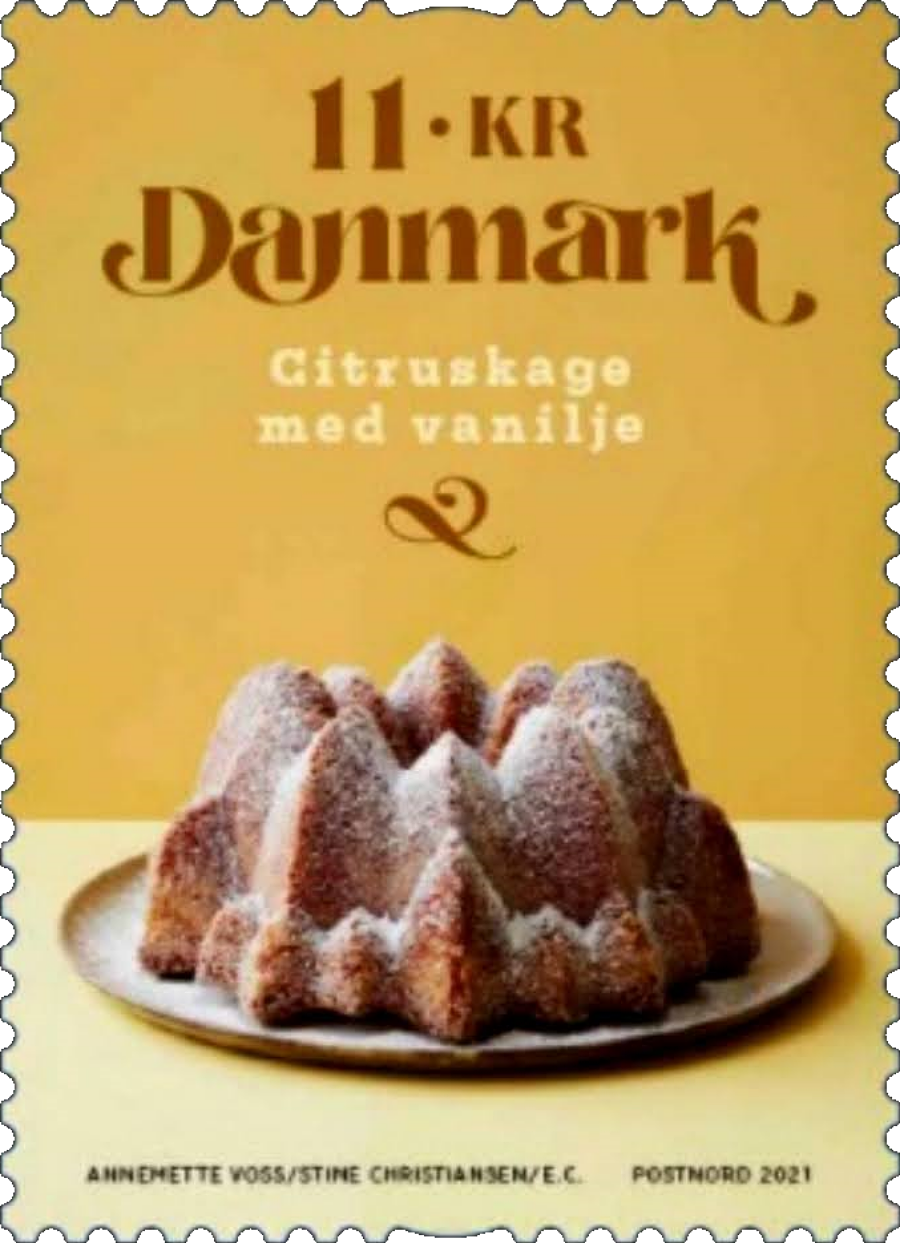 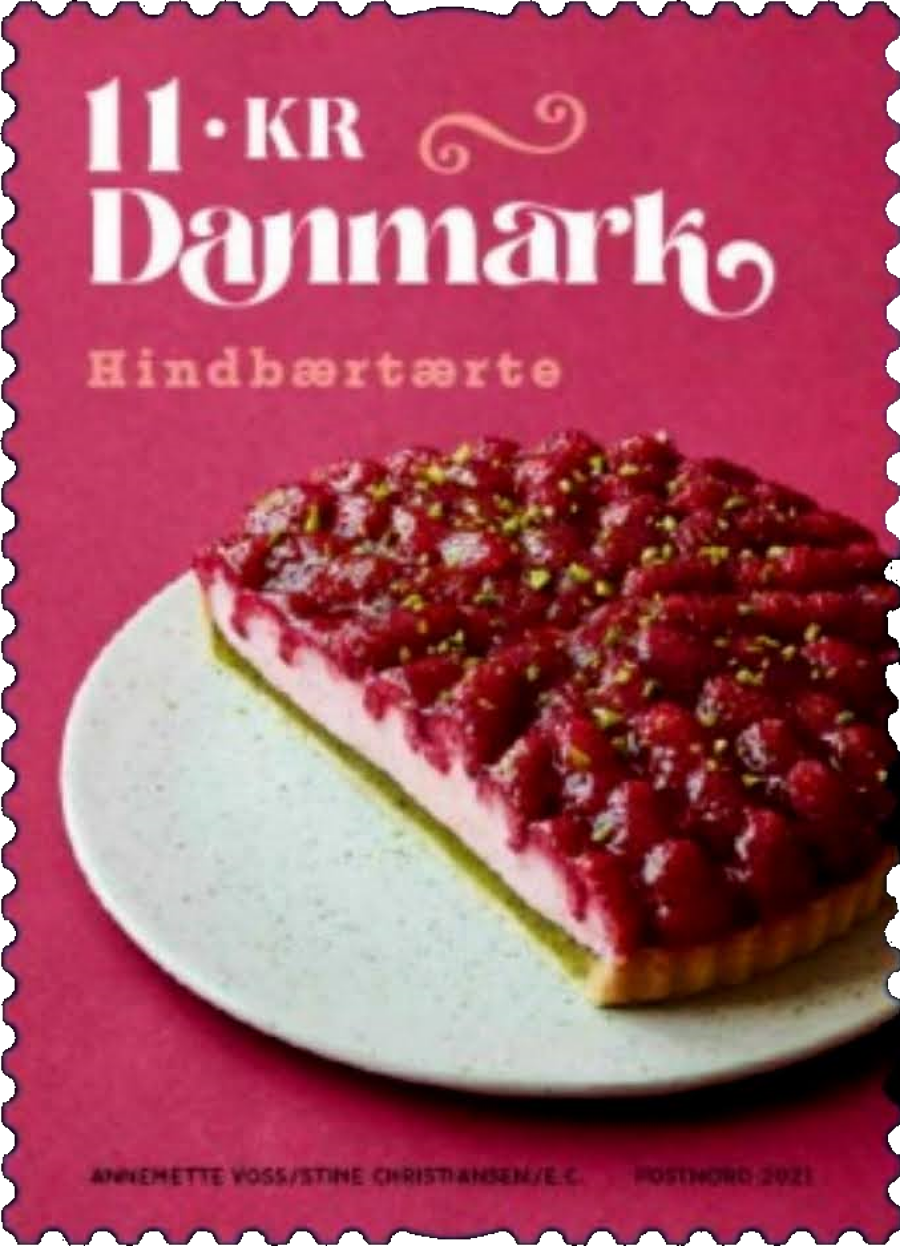 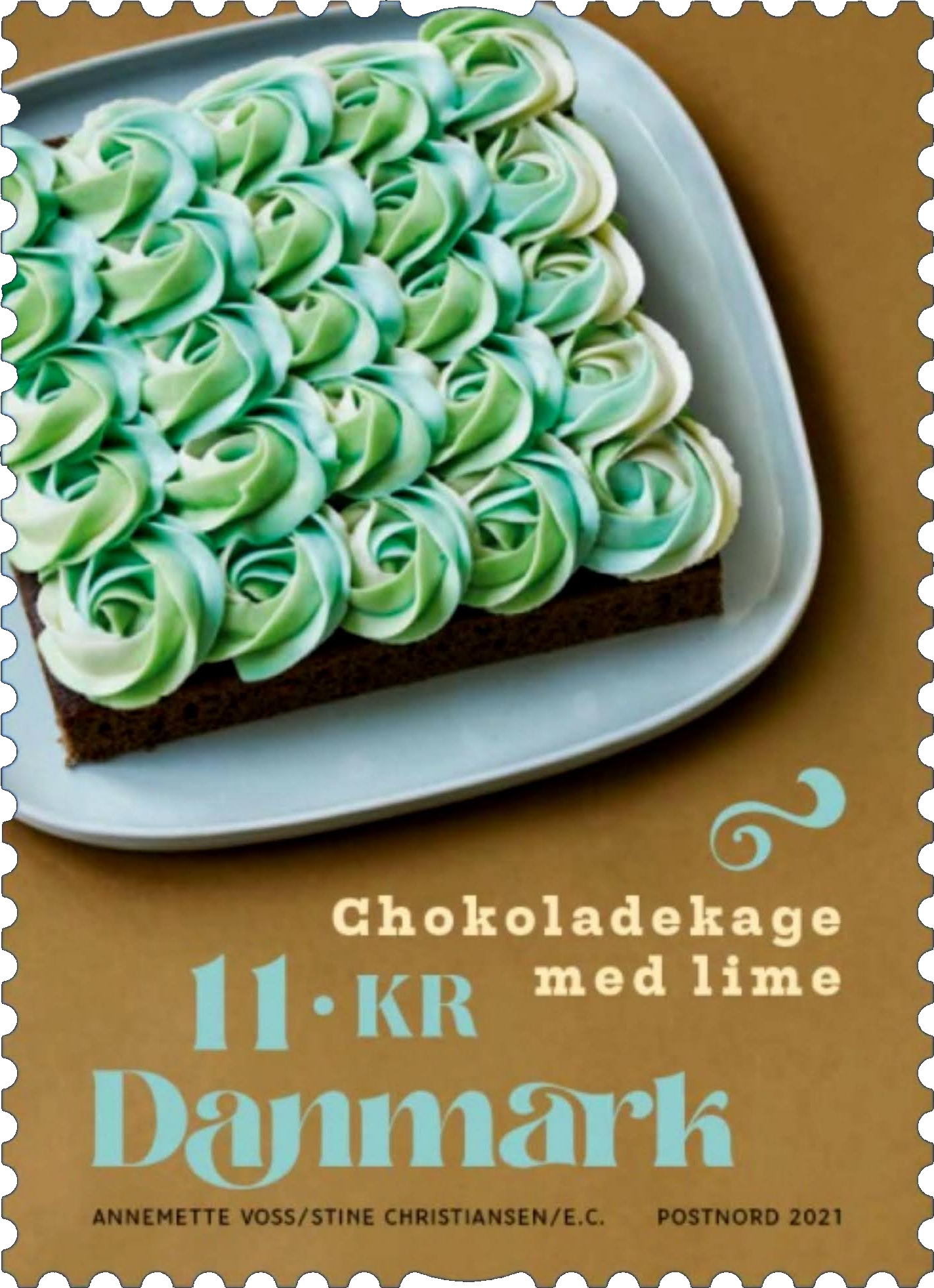 Design #4: Meringues with Apricot and Licorice 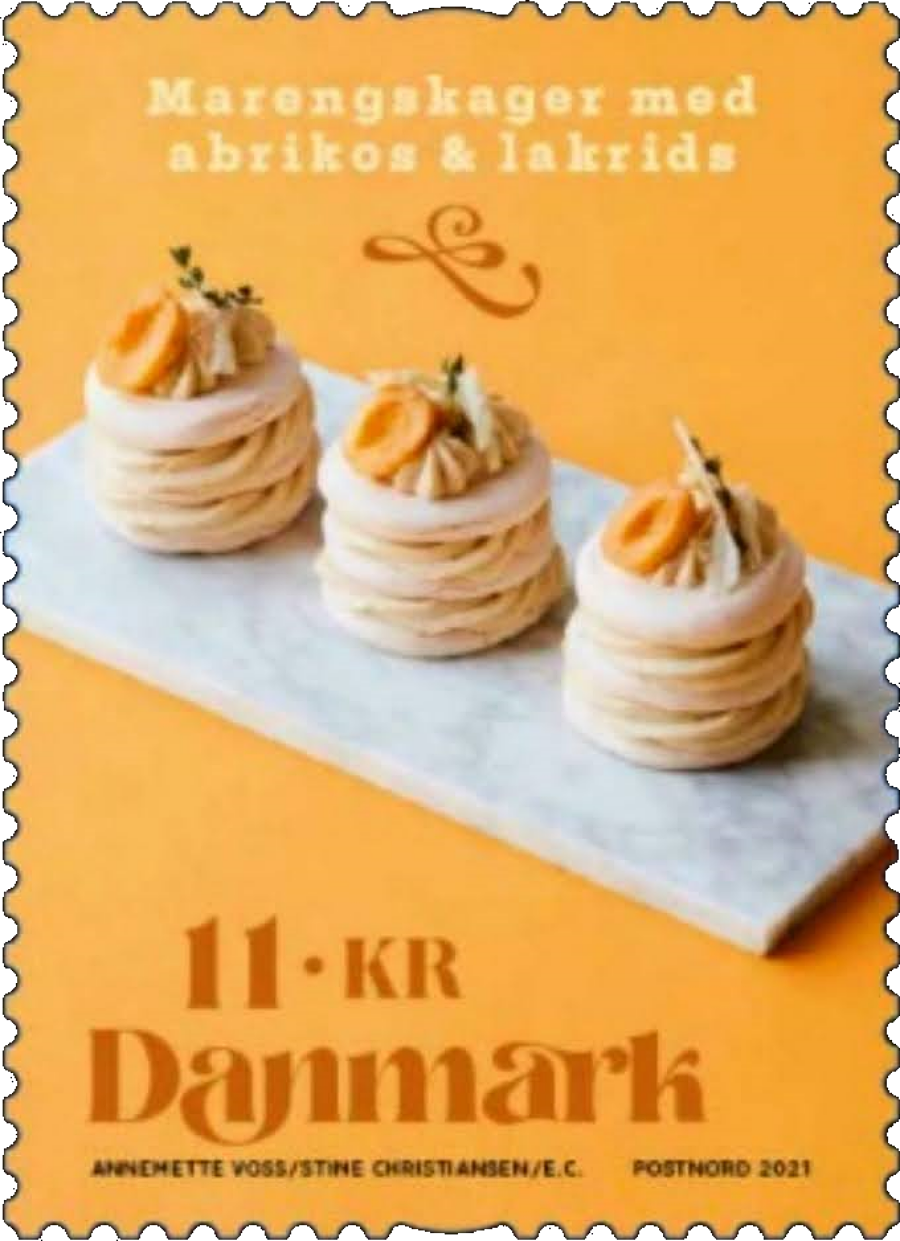 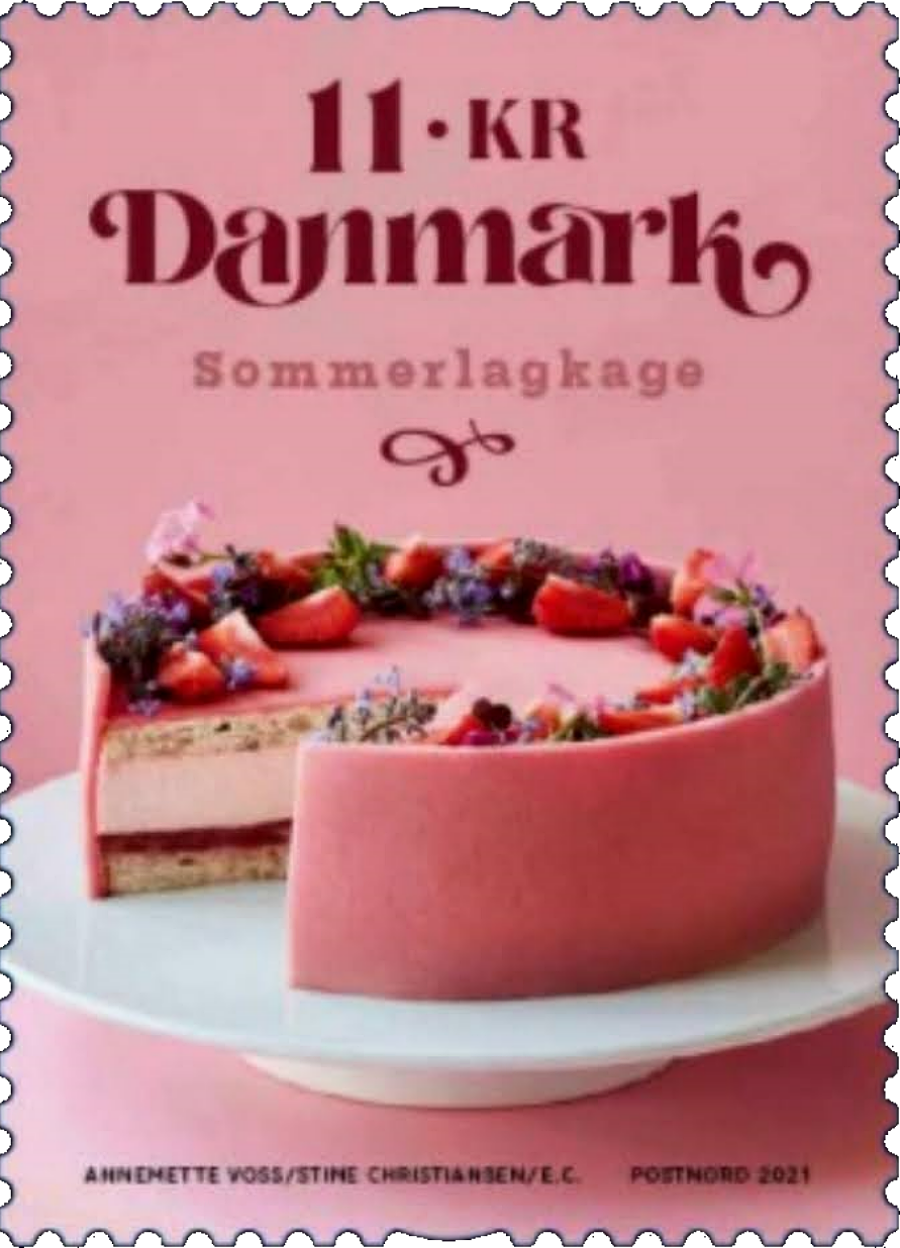 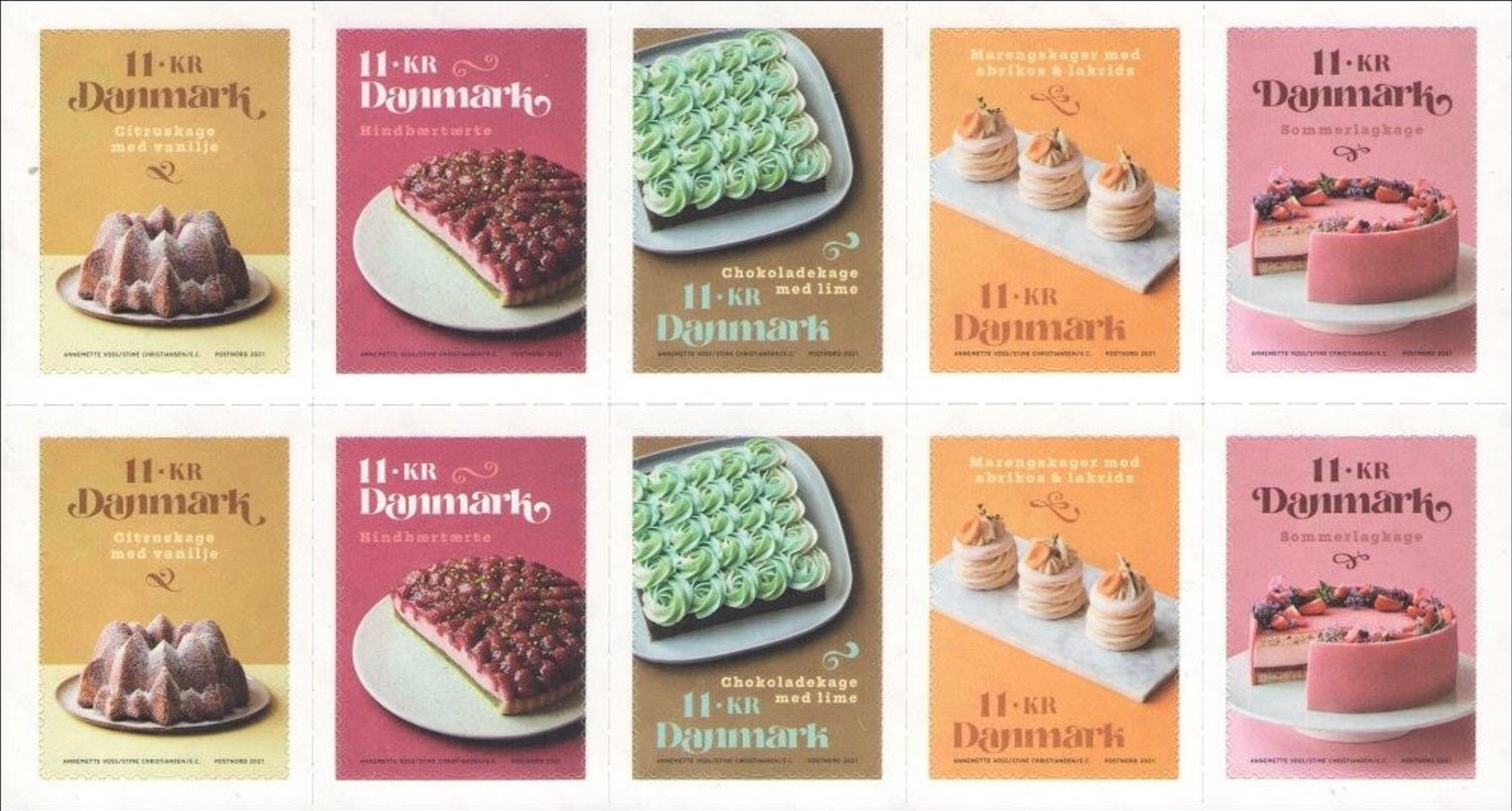 Cakes have been a familiar and popular part of Danish life for centuries. Annemette Voss Fridthjof – winner of the Great Danish Bake Off in 2013 – is one of the daring Danes to contribute inspiration and a passion for creativity in the kitchen. She is also the creator and baker of the delicious cakes represented in these five beautiful images.

The Prestige booklet tells the story of cakes in a historic perspective. The booklet contains four gummed sheets with the Cakes motifs, that was issued on adhesive paper in January.

Follow the instagram profile @sweetcakekarma, Saturday, February 13, at 13,000, where Annemette Voss Fridthjof live bakes Mareng’s cakes with apricot and licorice. Everyone can join in when Annemette goes through the steps to succeed with the stamp cakes.

Annemette Voss Fridthjof, winner of the Great Bake Off 2013, has created five cakes for PostNord. The motifs are photographed by Stine Christiansen and the postage value is for a regular letter to Denmark.

Buy the stamps in the online store

You can bake the cakes behind the new stamps. The recipes vary from light to difficult, so there is something both for the untrained and the pastry master. 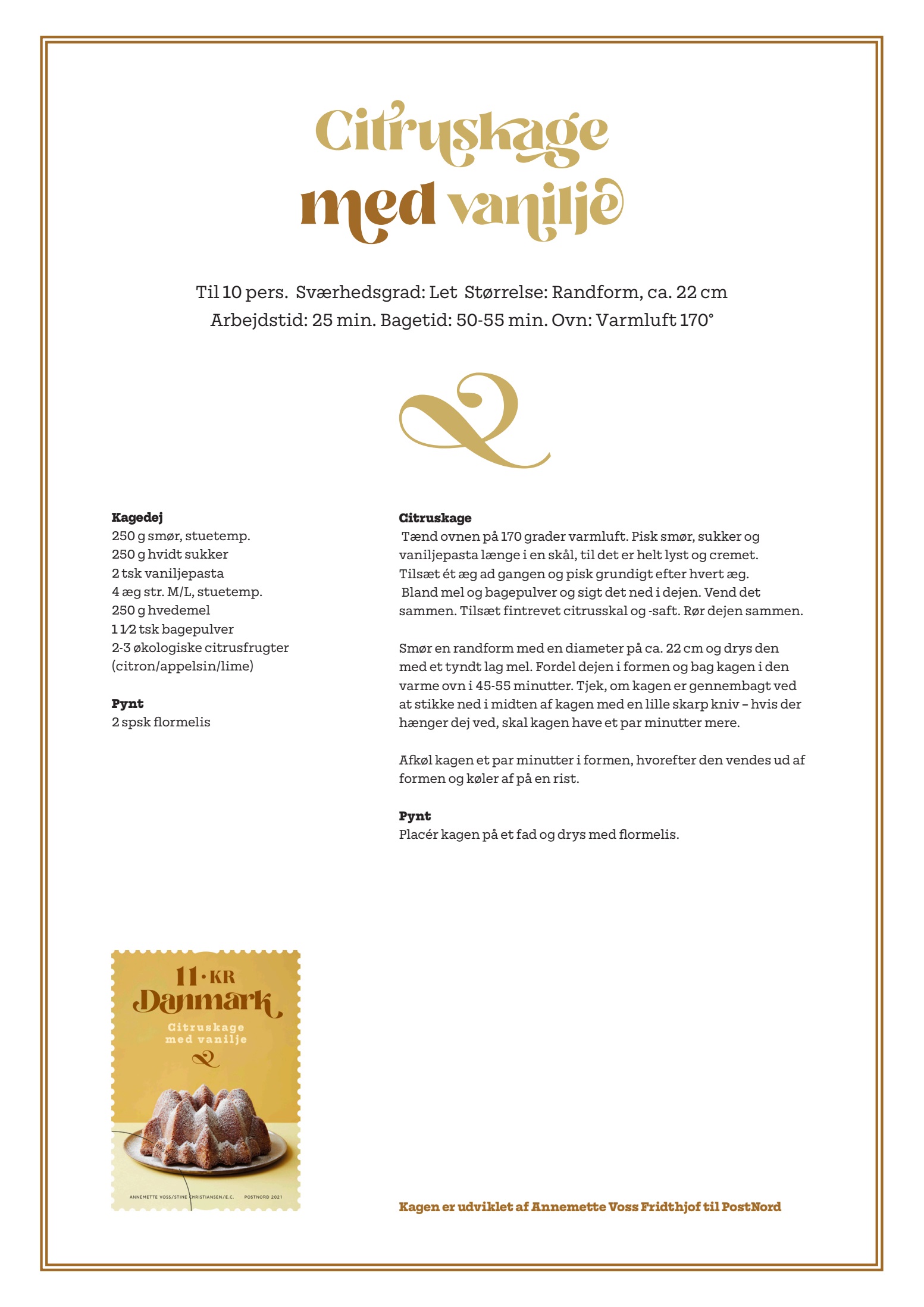 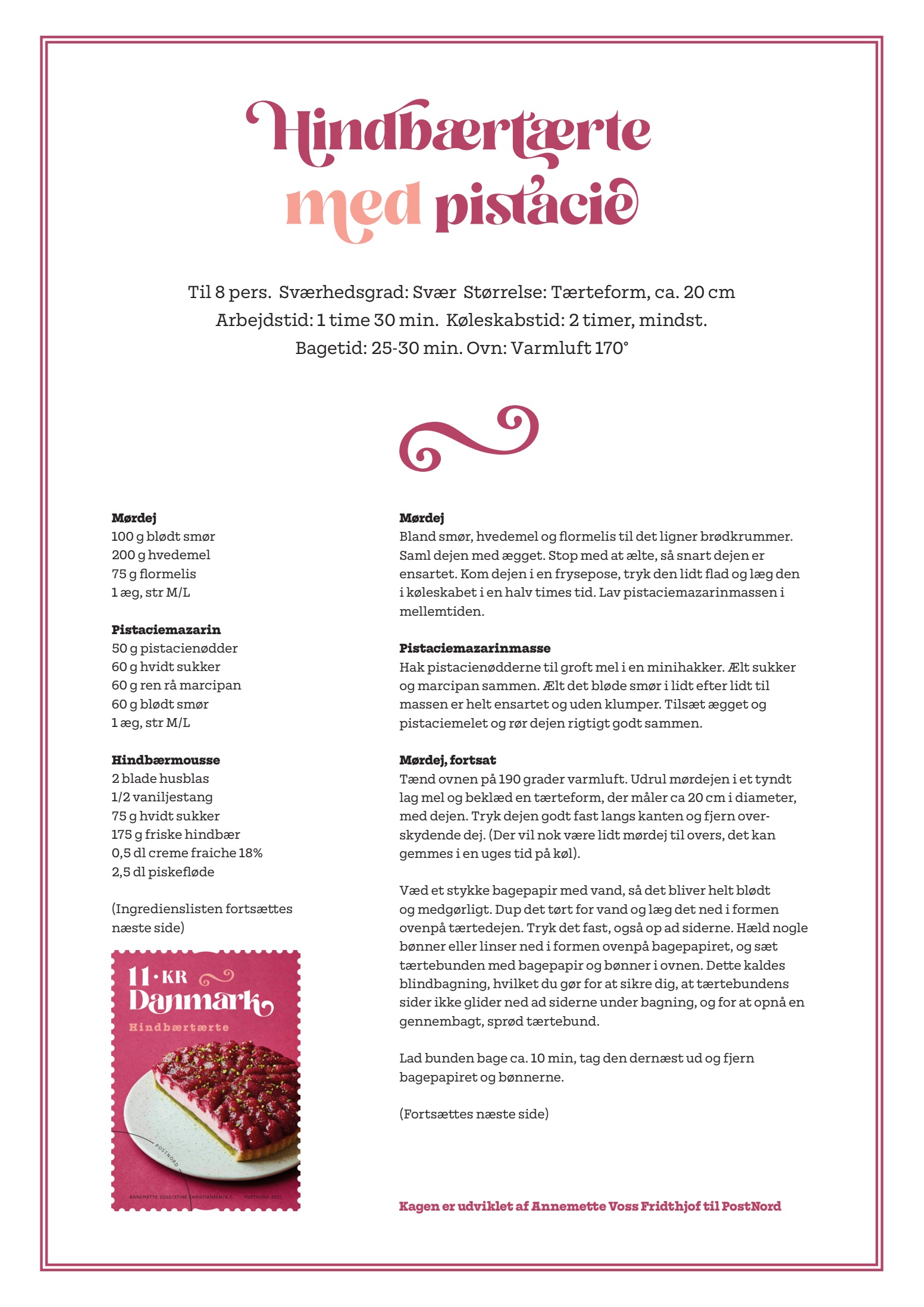 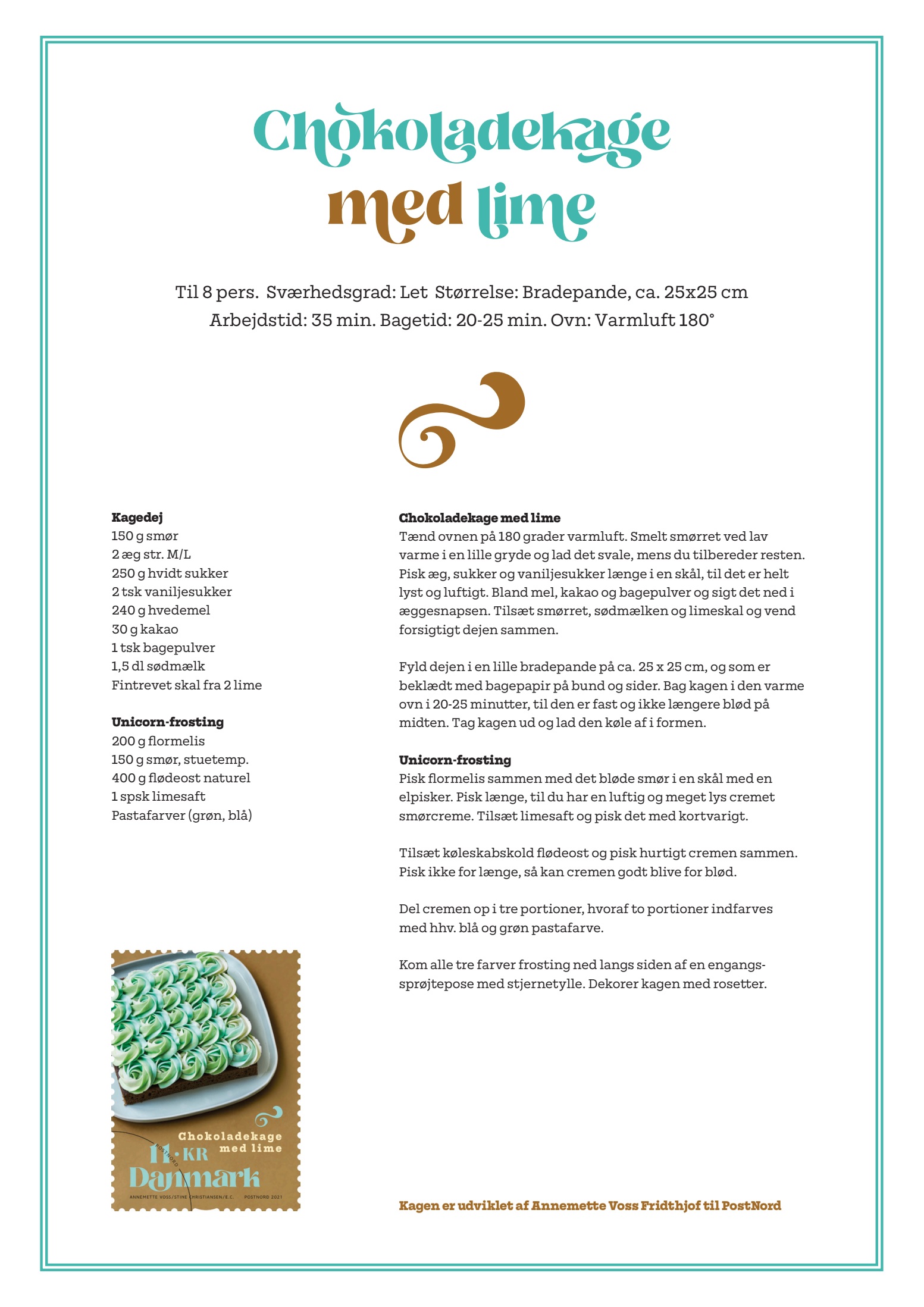 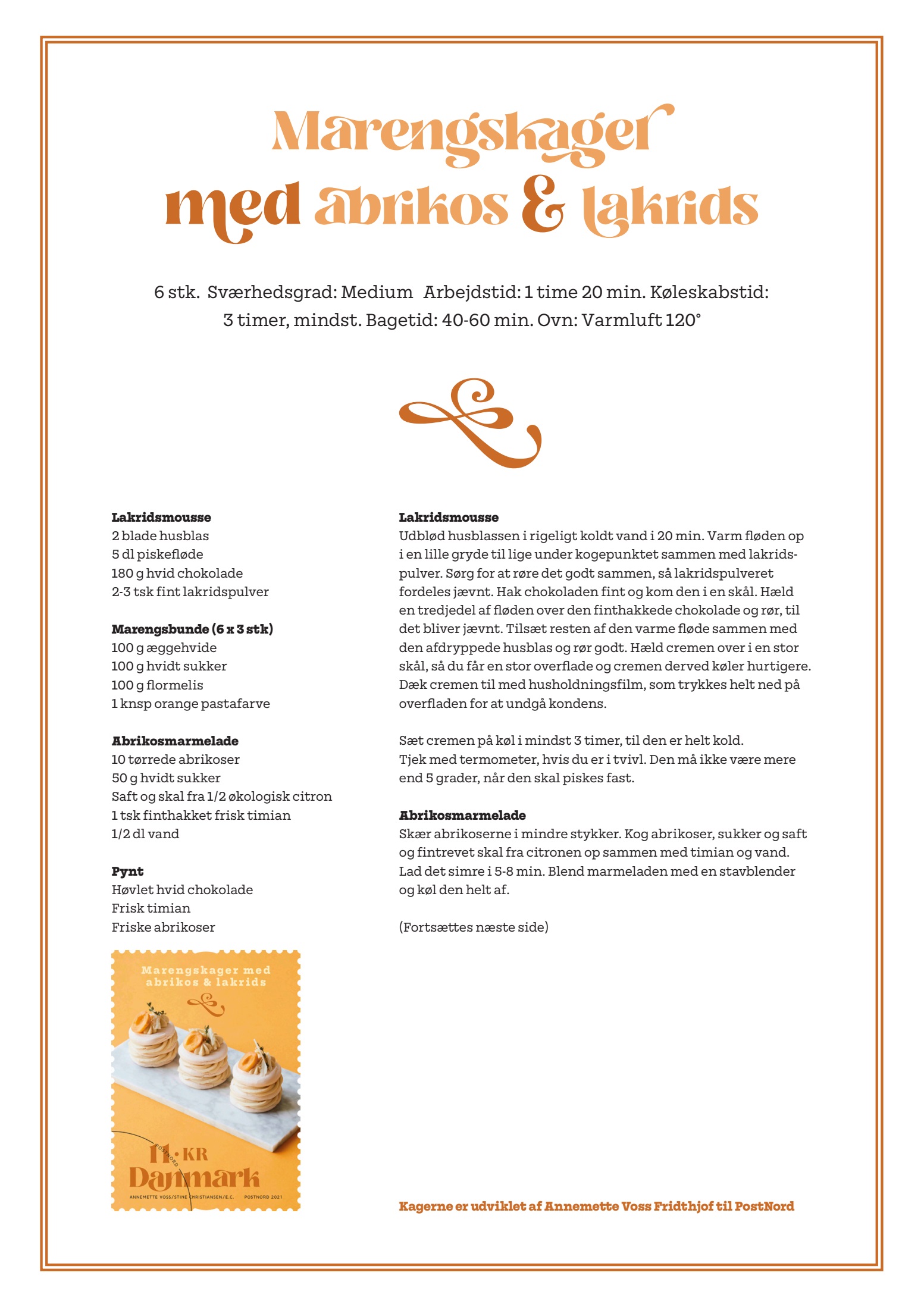 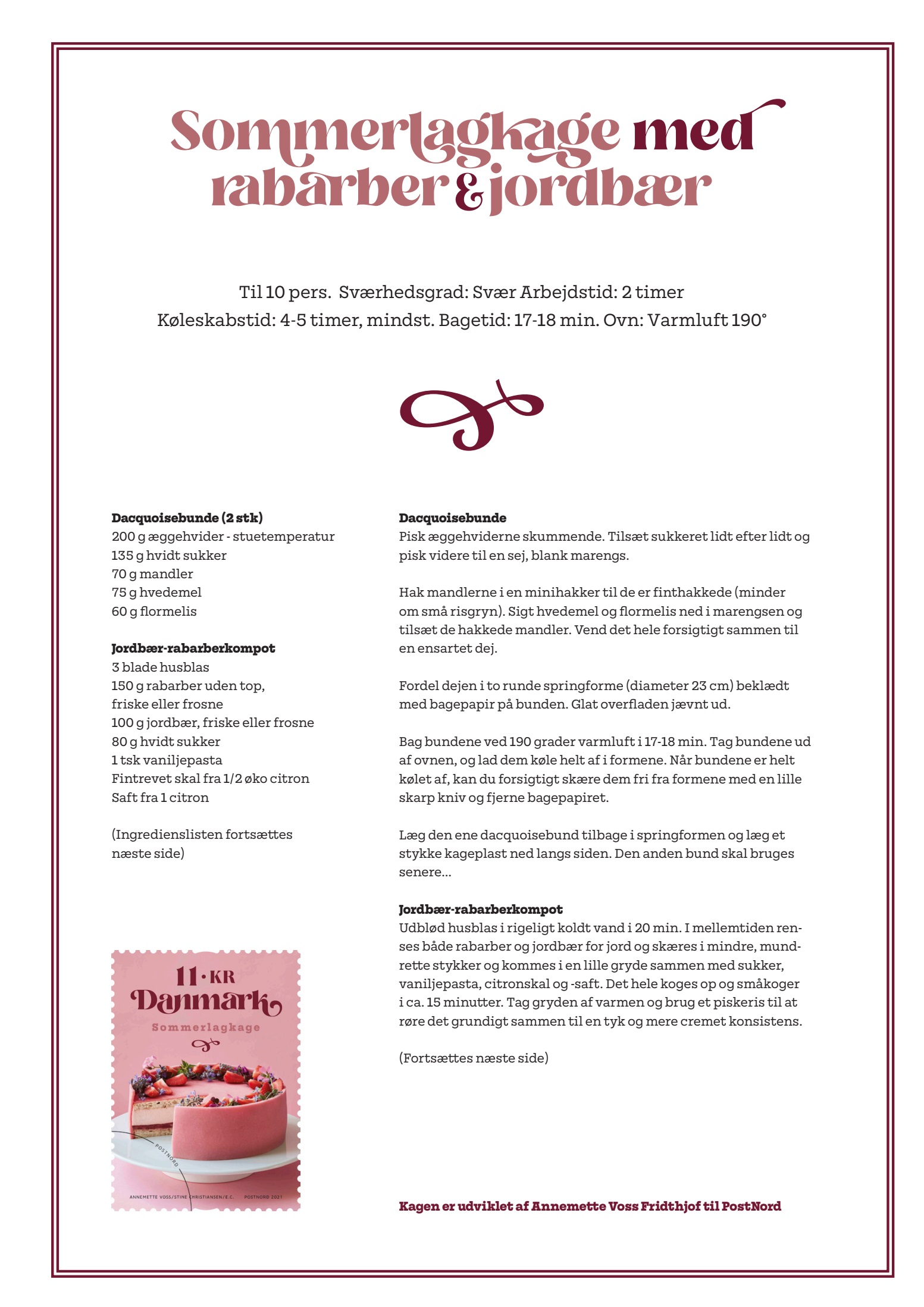 Cakes are usually not served for dessert in Denmark, but as an occasional sweet treat in between meals or at celebrations and particular festive events. Coffee or tea is usually offered with cakes.

Denmark has a large variety of cakes and in 1997, the bakers guild launched the now countrywide celebration of Kagens Dag (Day of the Cake) as an annual recurring event in April–May. The region of Sønderjylland has become known for its concept of Sønderjydsk kaffebord, serving copious amounts of coffee and regional cakes on gatherings and festive afternoons. Typical Danish cakes include: