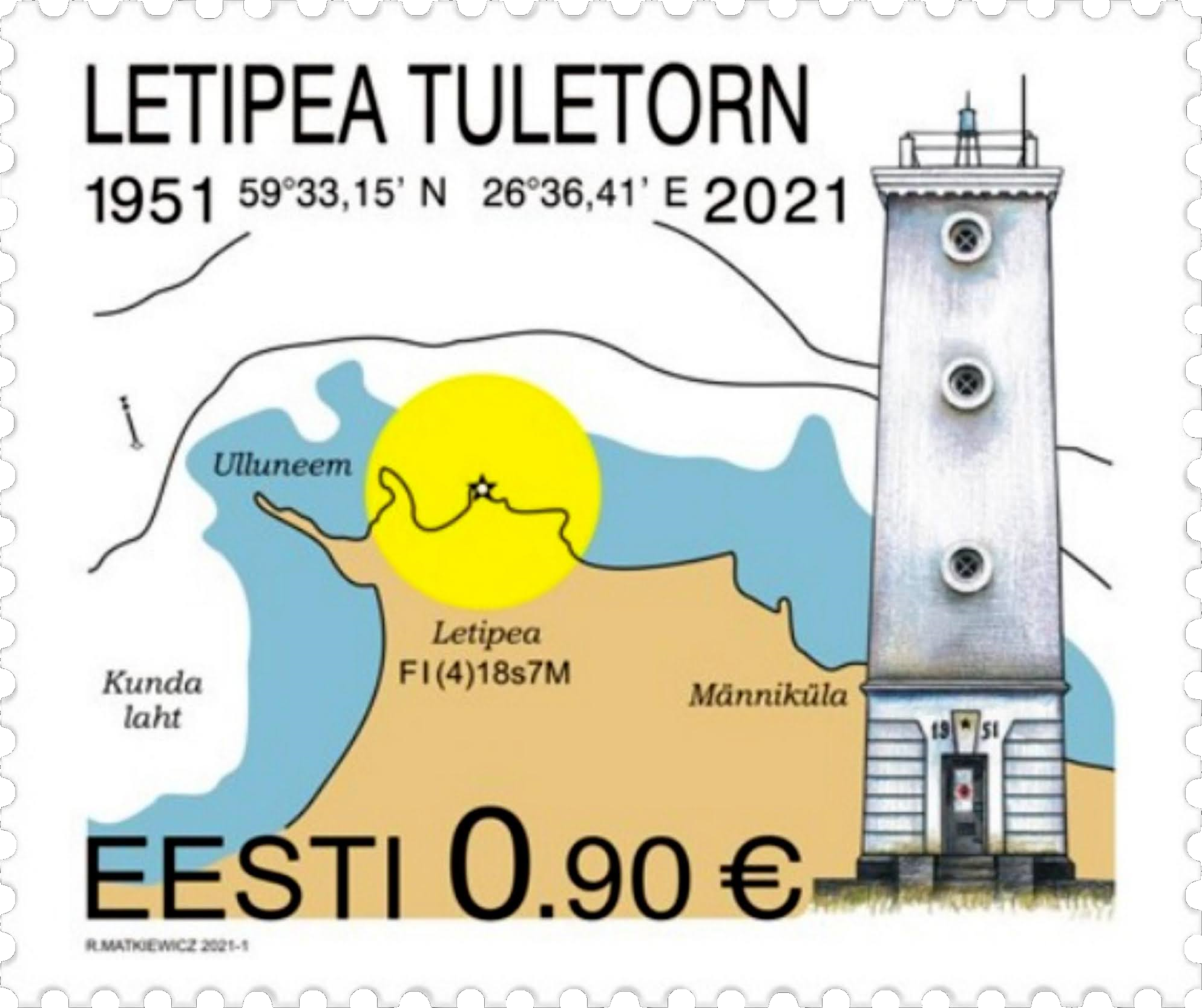 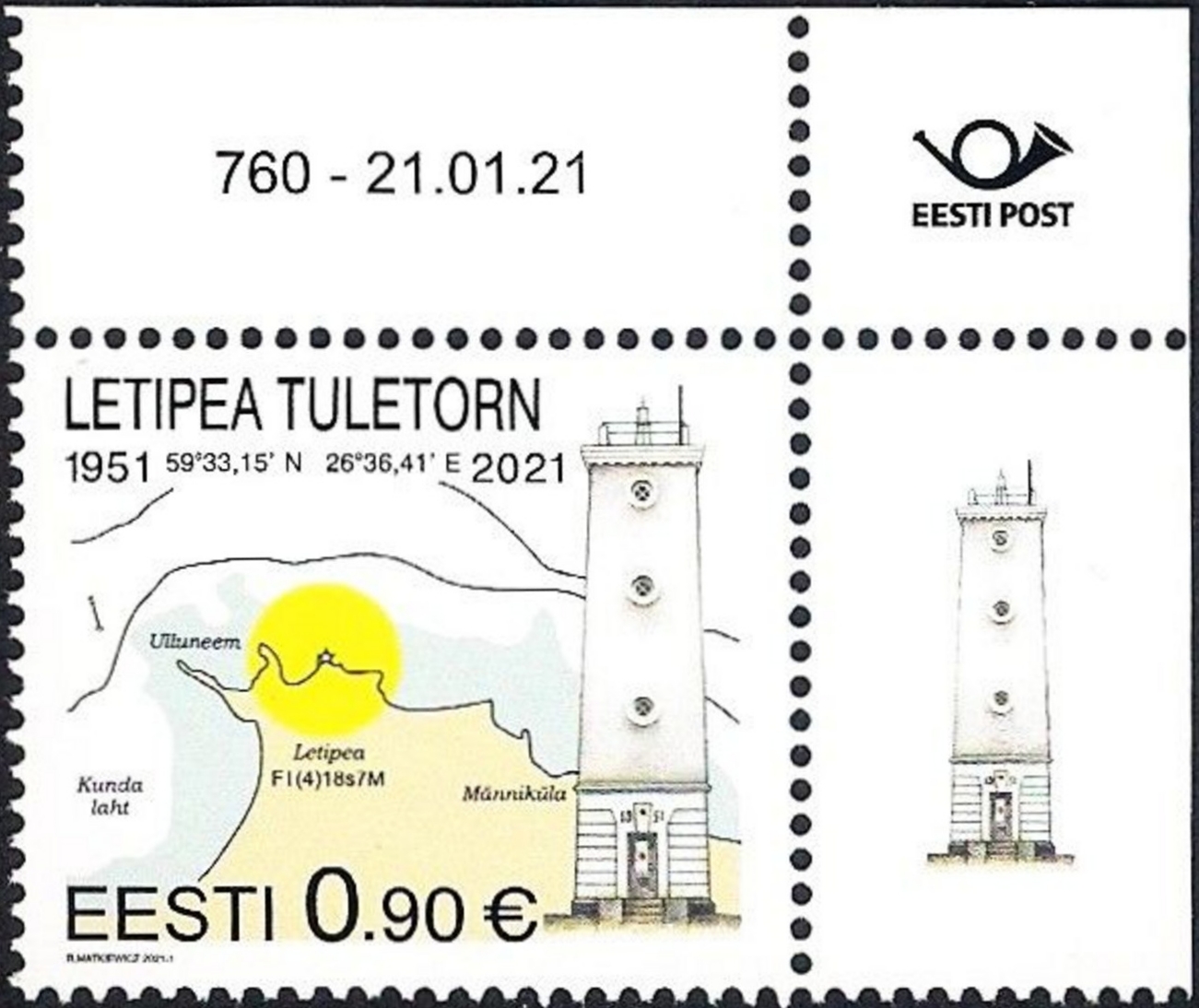 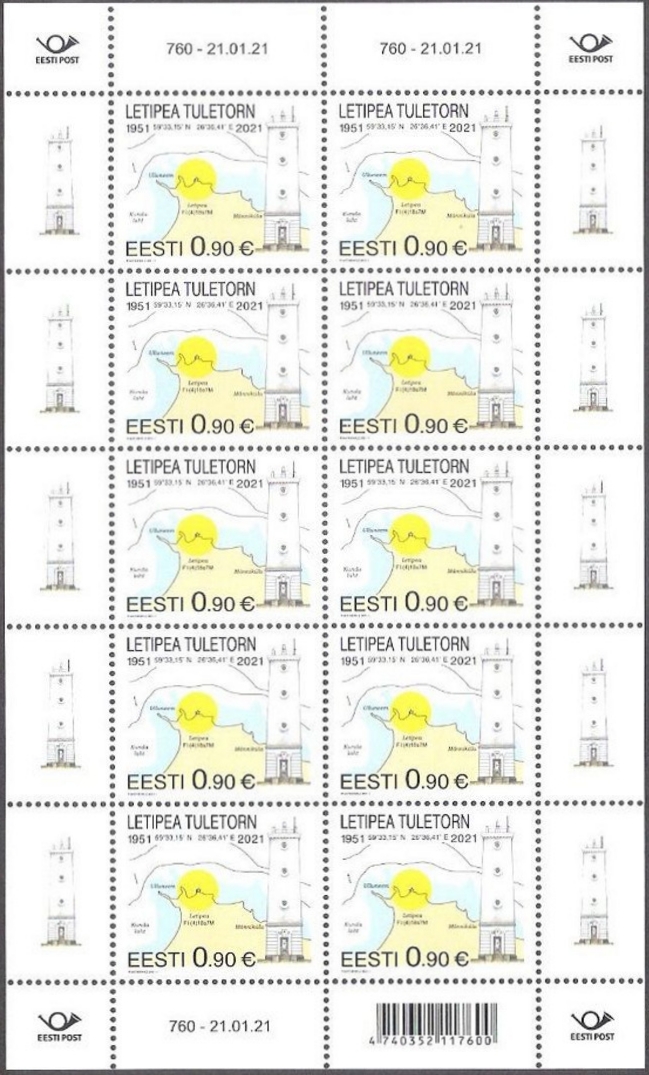 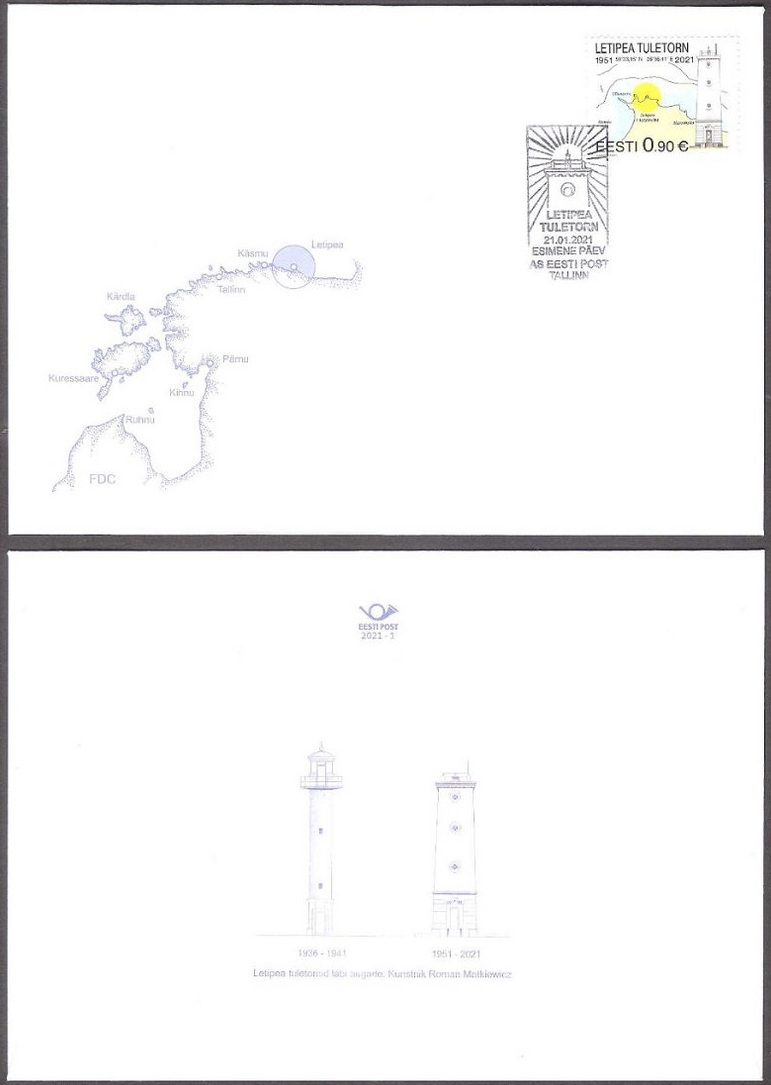 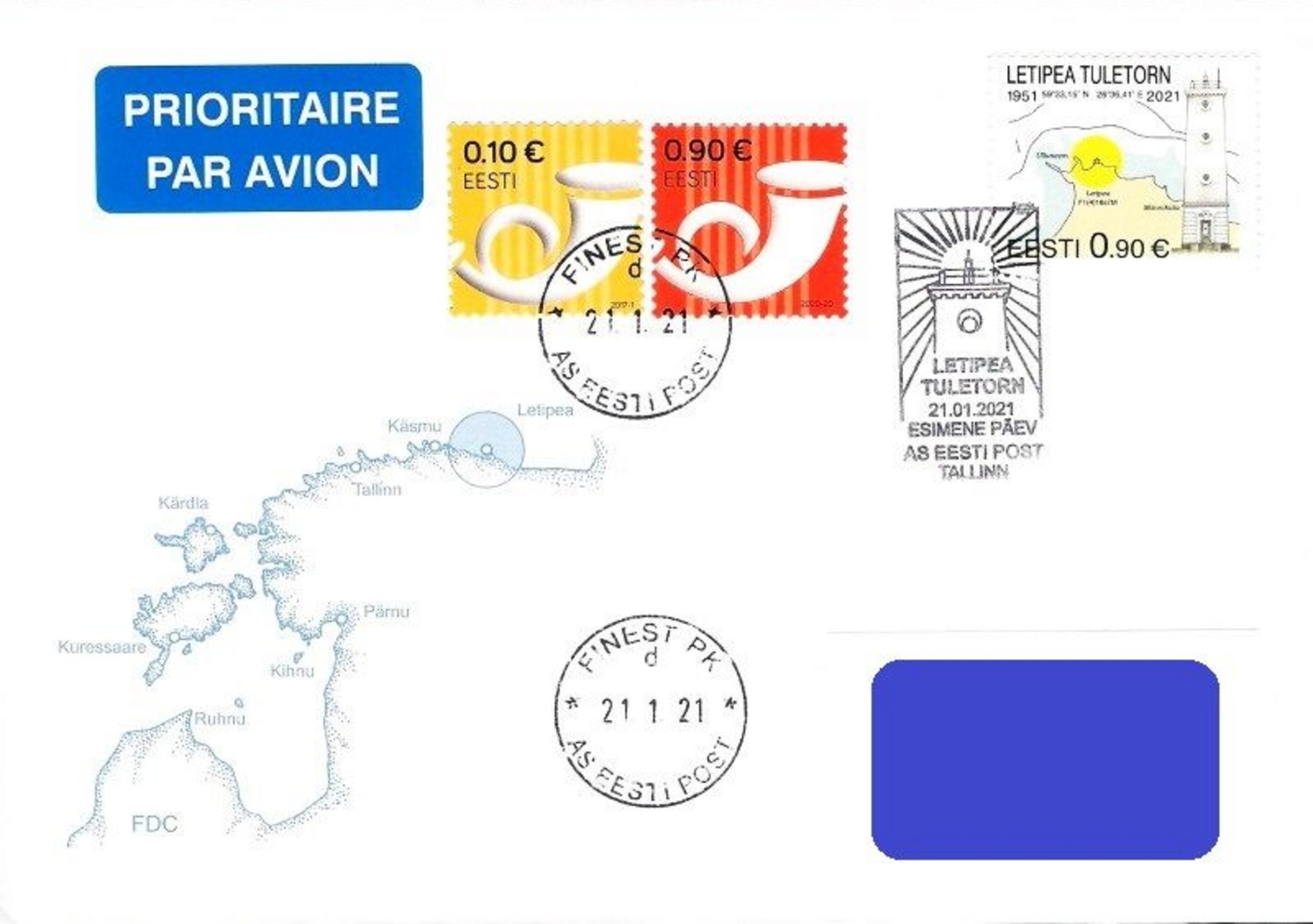 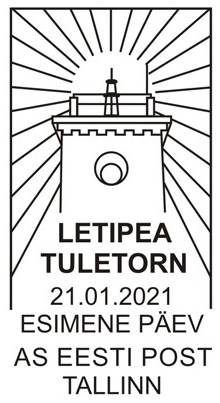 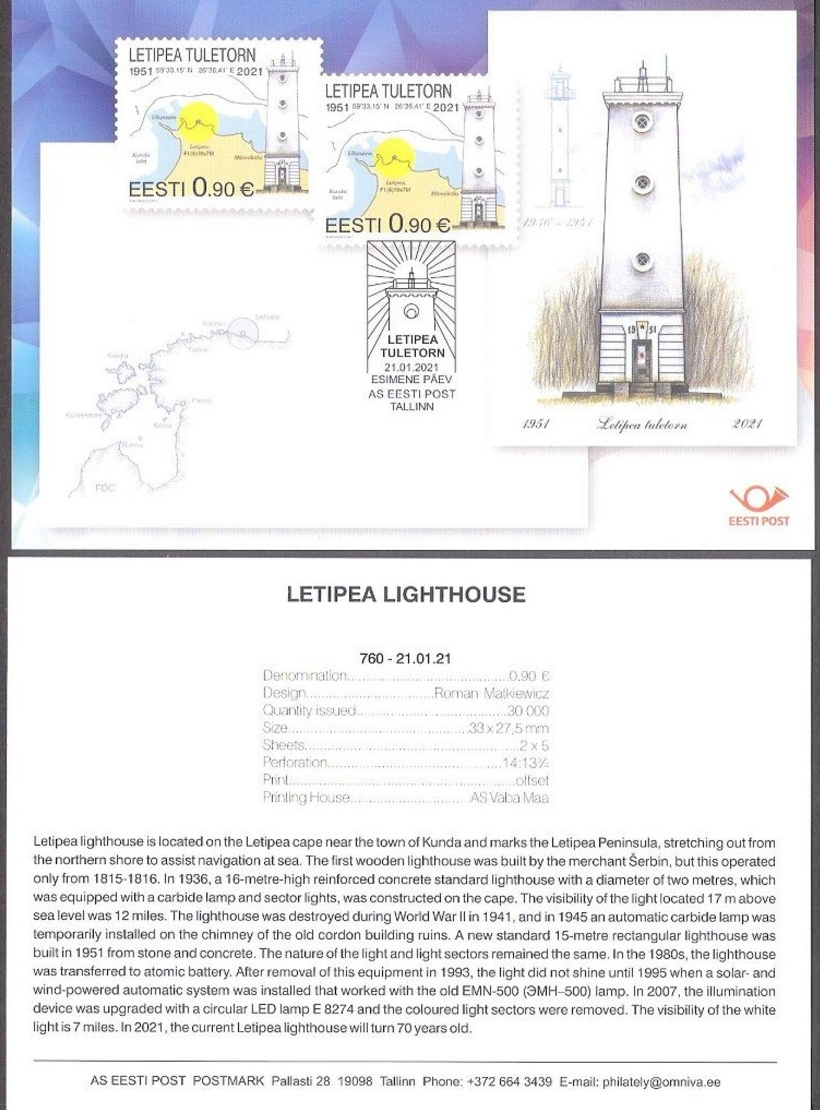 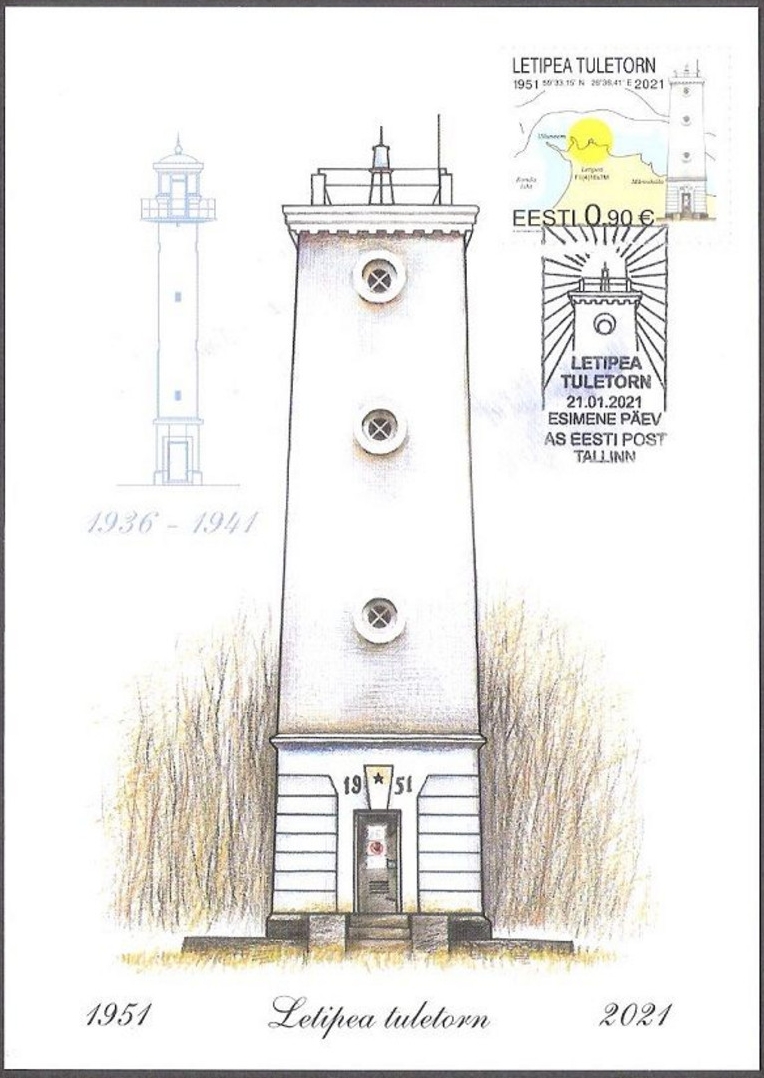 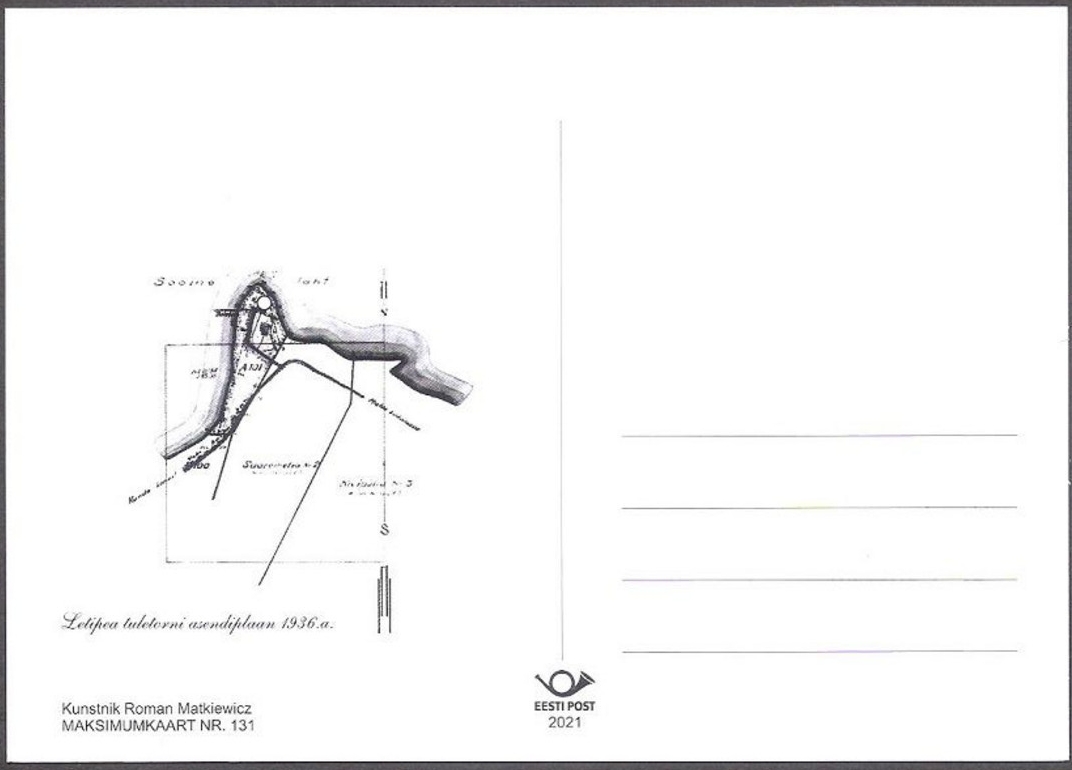 Letipea lighthouse is located on the Letipea cape near the town of Kunda and marks the Letipea Peninsula, stretching out from the northern shore to assist navigation at sea. The first wooden lighthouse was built by the merchant Šerbin, but this operated only from 1815-1816. In 1936, a 16-metre-high reinforced concrete standard lighthouse with a diameter of two metres, which was equipped with a carbide lamp and sector lights, was constructed on the cape. The visibility of the light located 17 m above sea level was 12 miles. The lighthouse was destroyed during World War II in 1941, and in 1945 an automatic carbide lamp was temporarily installed on the chimney of the old cordon building ruins. A new standard 15-metre rectangular lighthouse was built in 1951 from stone and concrete. The nature of the light and light sectors remained the same. In the 1980s, the lighthouse was transferred to atomic battery. After removal of this equipment in 1993, the light did not shine until 1995 when a solar- and wind-powered automatic system was installed that worked with the old EMN-500 (ЭMH–500) lamp. In 2007, the illumination device was upgraded with a circular LED lamp E 8274 and the coloured light sectors were removed. The visibility of the white light is 7 miles.

In 2021, the current Letipea lighthouse will turn 70 years old.