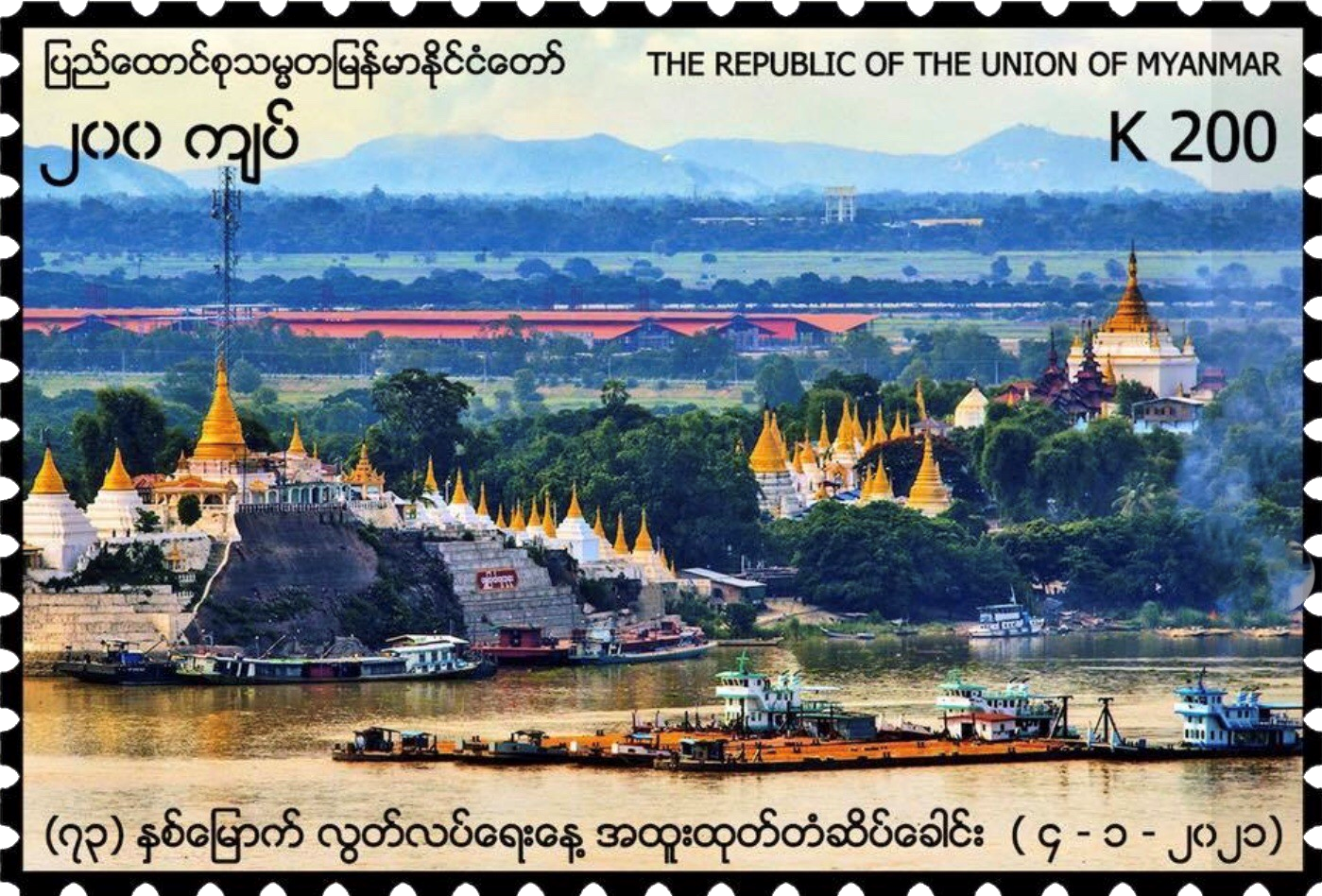 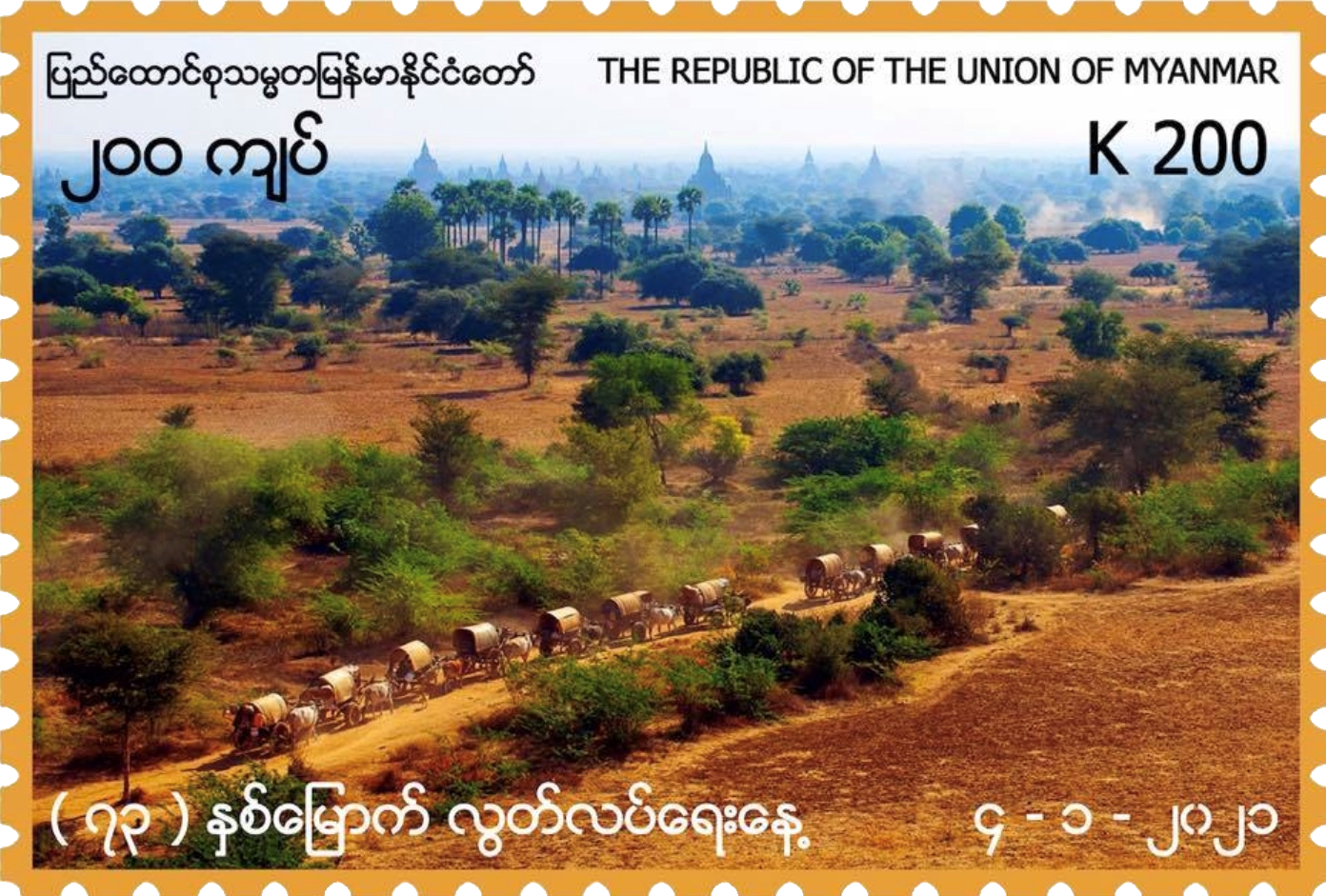 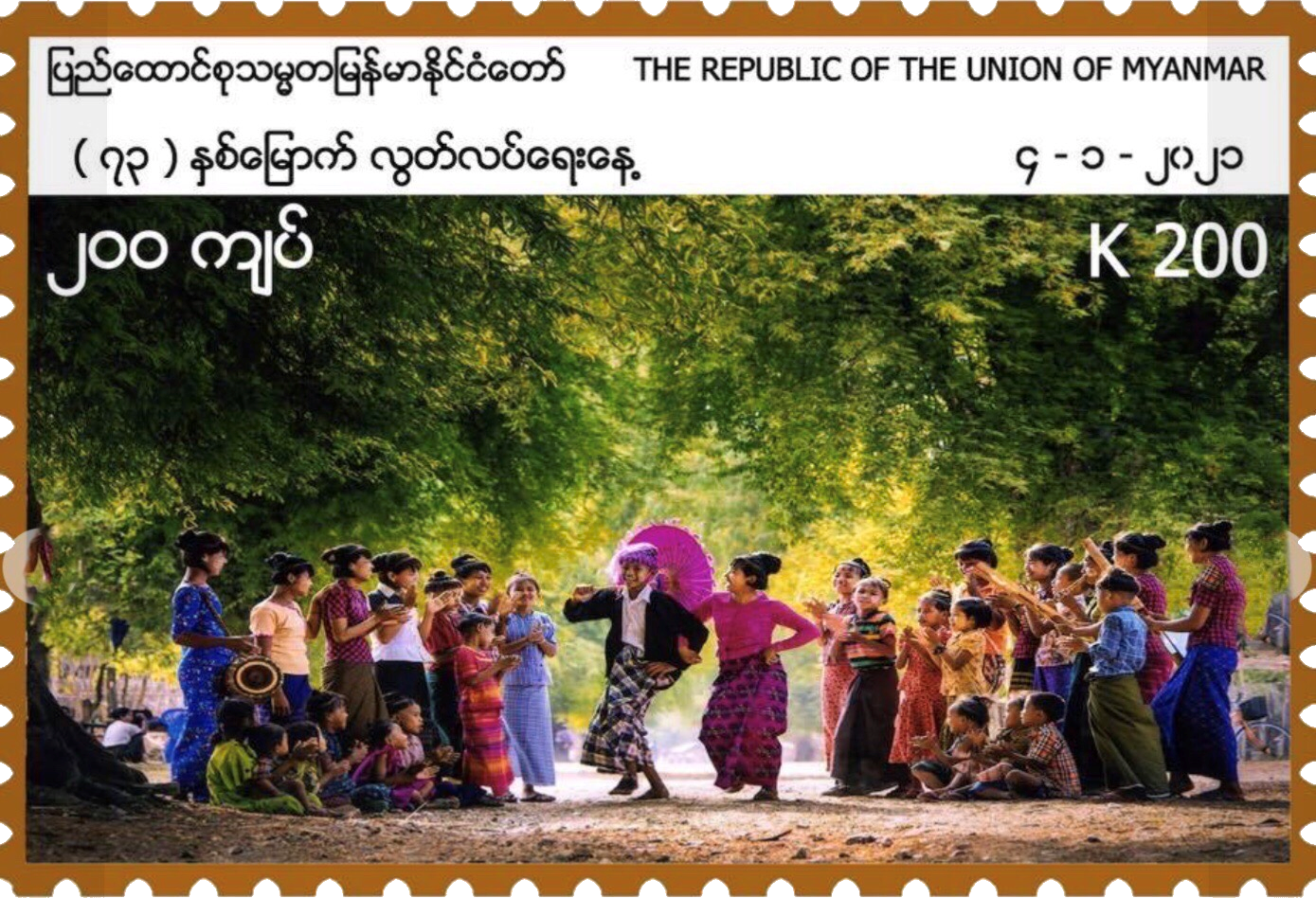 The stamp designs are based on the photo greeting cards produced by the Ministry of Information: 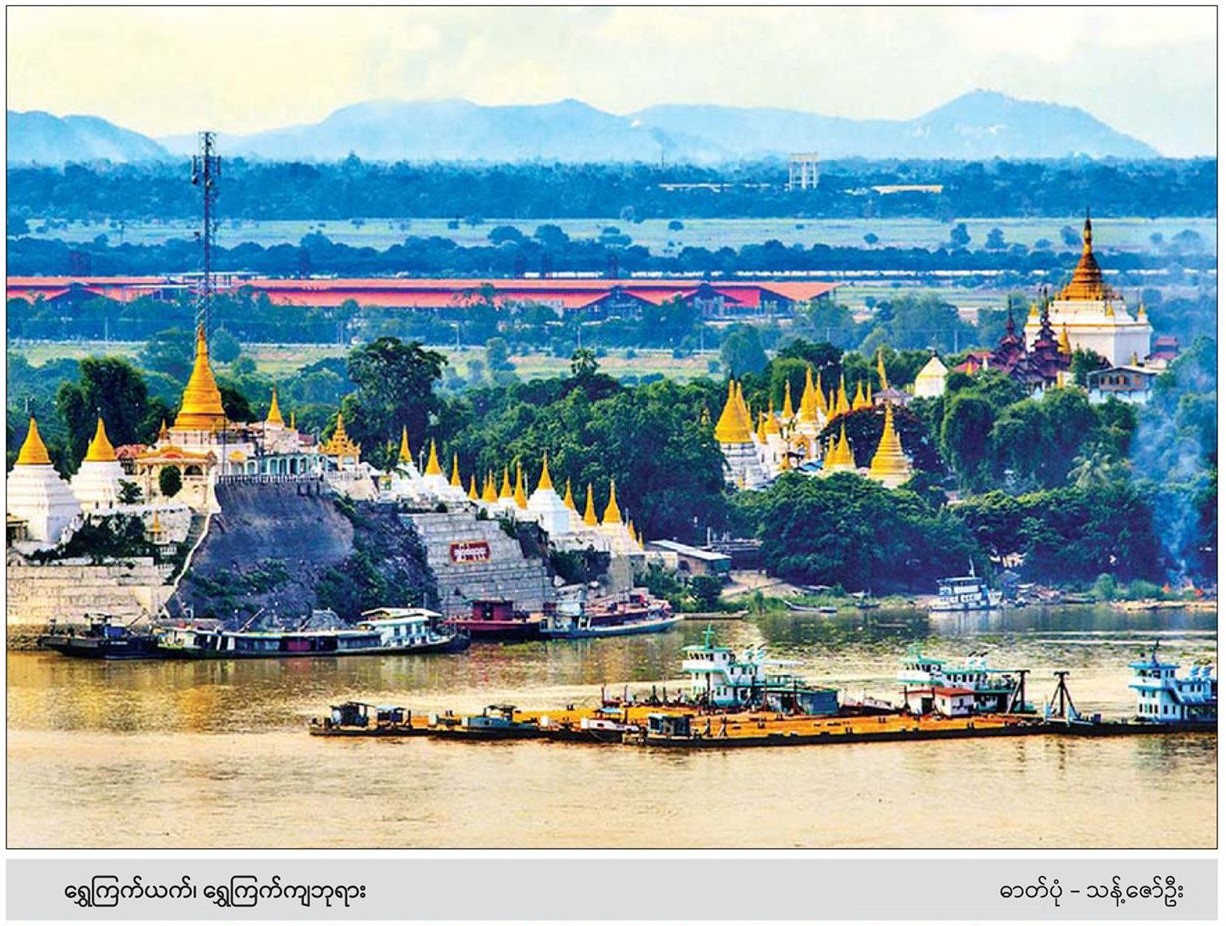 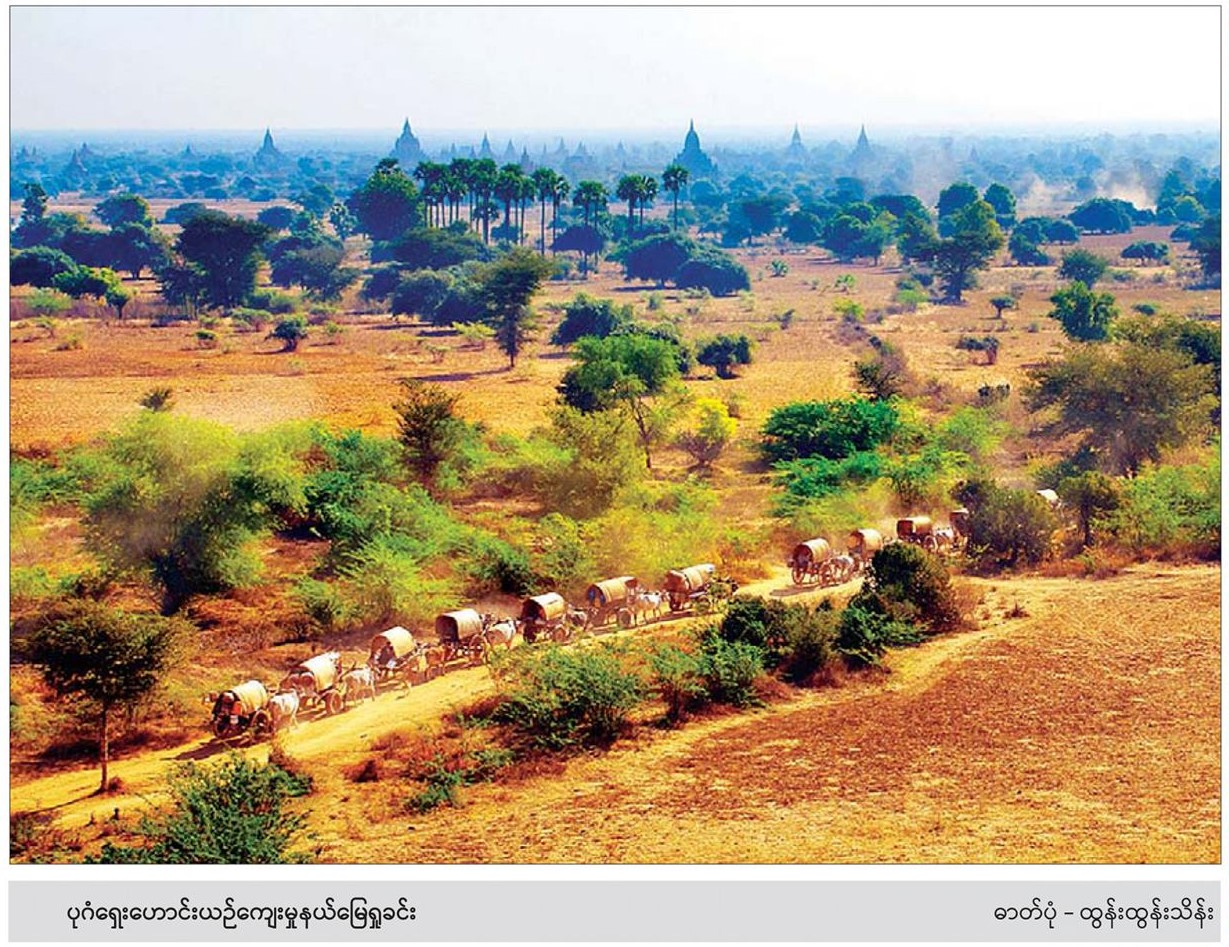 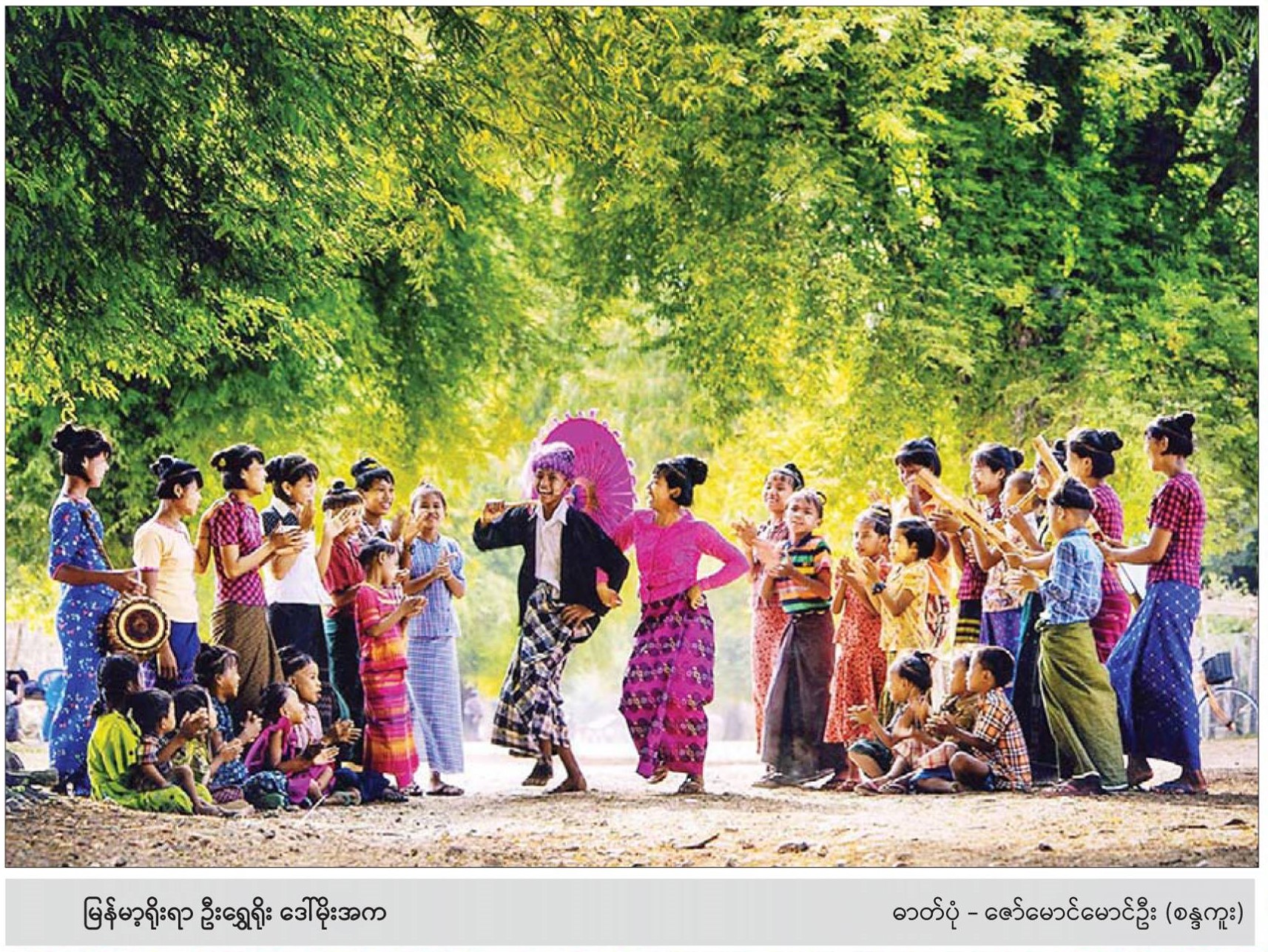 Stamps have been distributed to post offices in the regions / states. For those who want to buy Firstday Cover:

Please be informed that you can order.

Independence Day (Burmese: လွတ်လပ်ရေးနေ့) is a national holiday observed annually in Myanmar every 4 January. The date celebrates Myanmar’s Declaration of Independence from the British rule on 4 January 1948.

In the 19th century, following three Anglo-Burmese Wars, Burma was colonized by Britain. On 1 April 1937, Burma became a separately administered colony of Great Britain and Ba Maw the first Prime Minister and Premier of Burma. Ba Maw was an outspoken advocate for Burmese self-rule and he opposed the participation of Great Britain, and by extension Burma, in World War II. He resigned from the Legislative Assembly and was arrested for sedition. In 1940, before Japan formally entered the Second World War, Aung San formed the Burma Independence Army in Japan.

A major battleground, Burma was devastated during the Second World War. By March 1942, within months after they entered the war, Japanese troops had advanced on Rangoon and the British administration had collapsed. A Burmese Executive Administration headed by Ba Maw was established by the Japanese in August 1942. Beginning in late 1944, allied troops launched a series of offensives that led to the end of Japanese rule in July 1945. However, the battles were intense with much of Burma laid waste by the fighting.

Although many Burmese fought initially for the Japanese, some Burmese, mostly from the ethnic minorities, also served in the British Burma Army. The Burma National Army and the Arakan National Army fought with the Japanese from 1942–44, but switched allegiance to the Allied side in 1945.

Following World War II, Aung San negotiated the Panglong Agreement with ethnic leaders that guaranteed the independence of Burma as a unified state. In 1947, Aung San became Deputy Chairman of the Executive Council of Burma, a transitional government. But on 19 July 1947 U Saw, a conservative pre-war Prime Minister of Burma, engineered the assassination of Aung San and several members of his cabinet including his eldest brother Ba Win, the father of today’s National League for Democracy exile-government leader Dr. Sein Win, while meeting in the Secretariat. Since then 19 July has been commemorated since as Martyrs’ Day in Burma.

Thakin Nu, the Socialist leader, was now asked to form a new cabinet, and he presided over Burmese independence instituted under the Burma Independence Act 1947. On 4 January 1948 at 4.20 am, the nation became an independent republic, named the Union of Burma in which the time was chosen for its auspiciousness by an astrologer, with Sao Shwe Thaik as its first President and U Nu as its first Prime Minister.Burma chose to become a fully independent republic, and not a British Dominion upon independence. This was in contrast to the independence of India and Pakistan which both resulted in the attainment of dominion status. This may have been on account of anti-British popular sentiment being strong in Burma at the time.

The Burmese Declaration of Independence (Burmese: လွတ်လပ်ရေးကြေညာစာတမ်း) was officially promulgated on 4 January 1948, marking the end of British rule in Burma (now Myanmar). The document was jointly penned by Zawgyi, Min Thu Wun, Ohn Pe and Win Sein, and translated into English by Maung Maung, U Thant, Khin Maung, and Khin Zaw.