(Stamp and set of 5 Postal Cards) 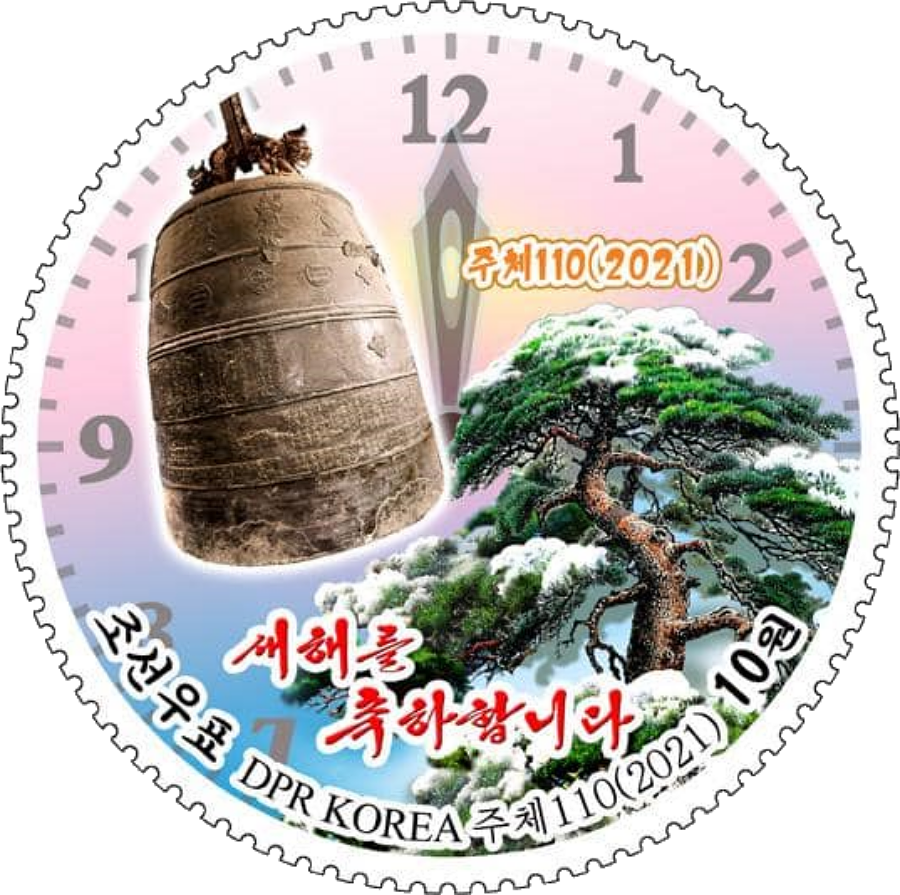 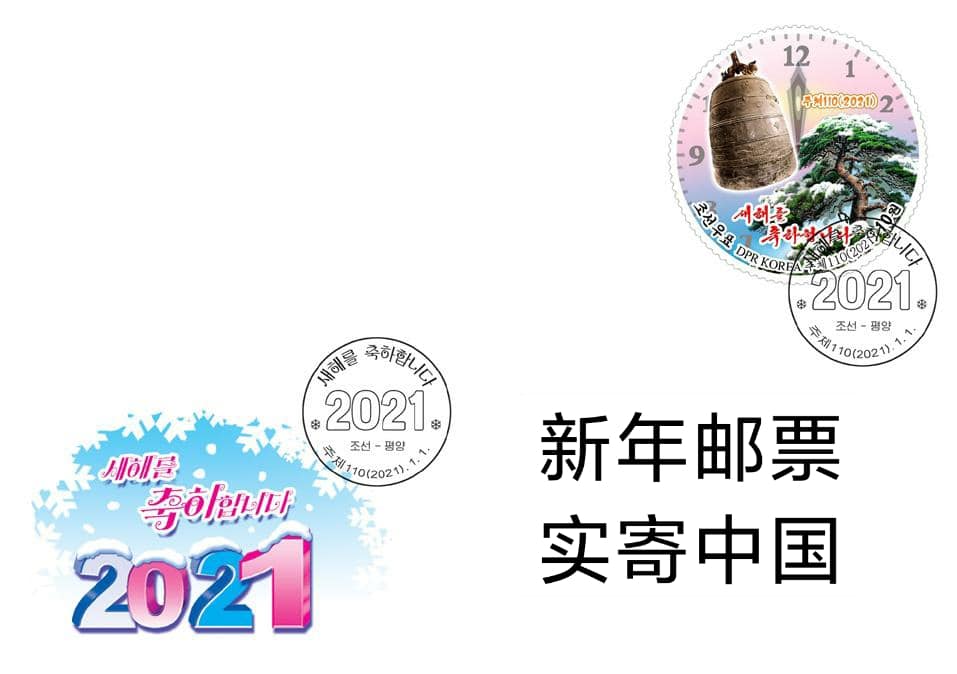 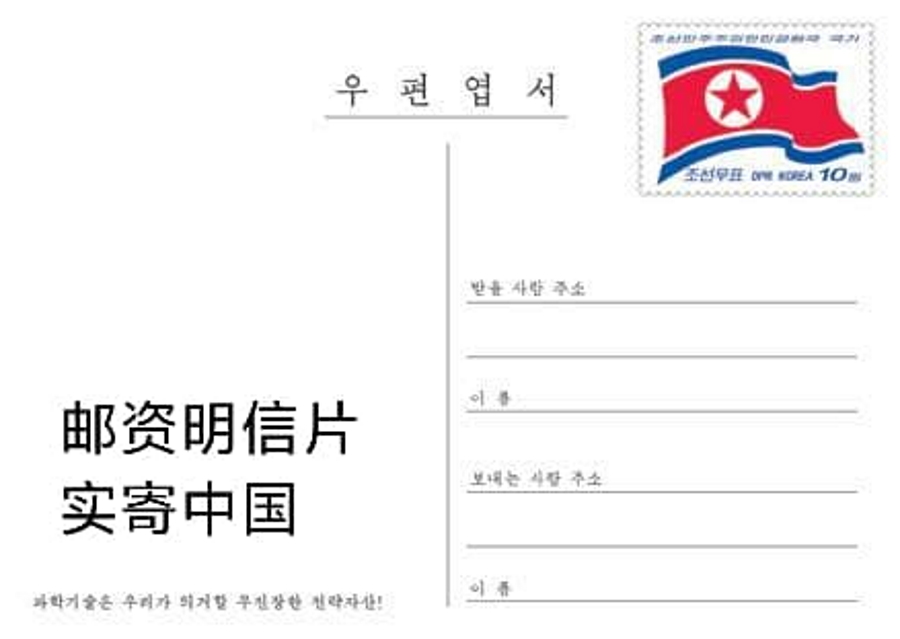 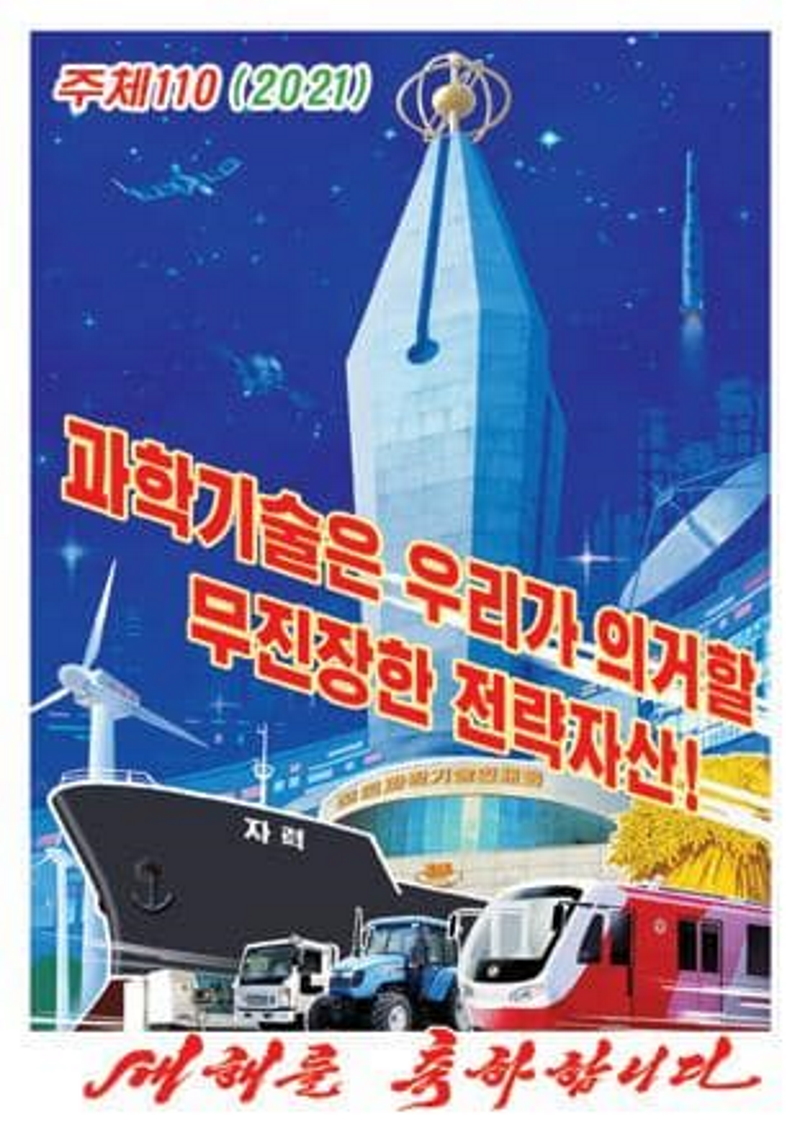 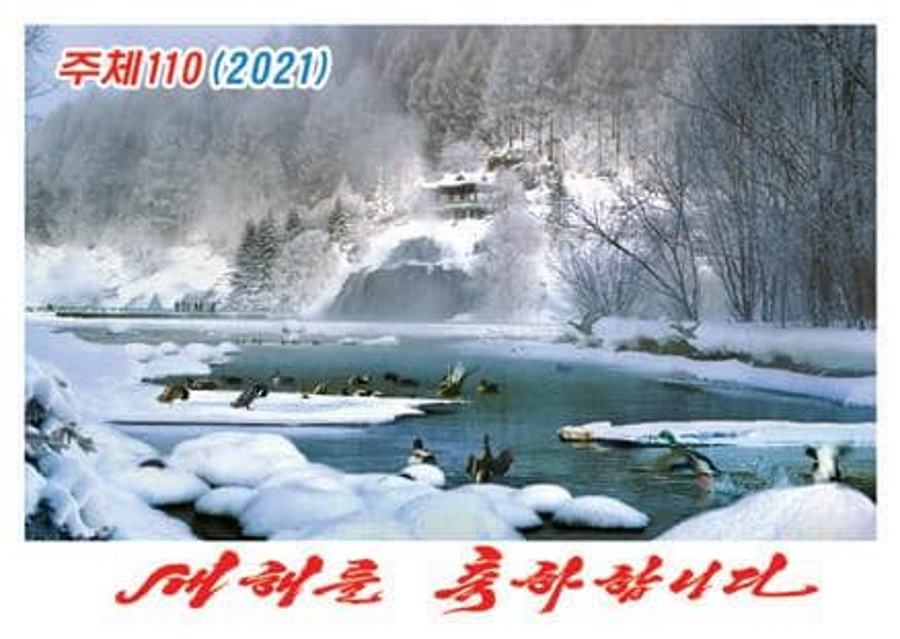 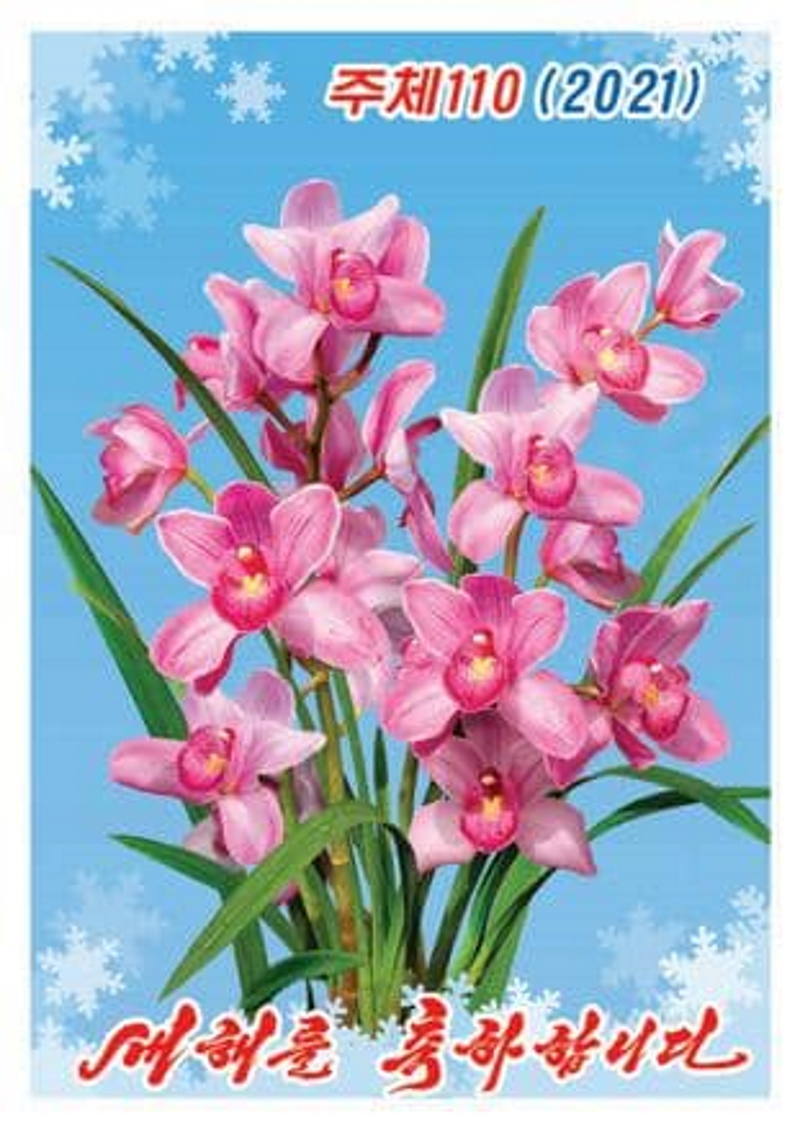 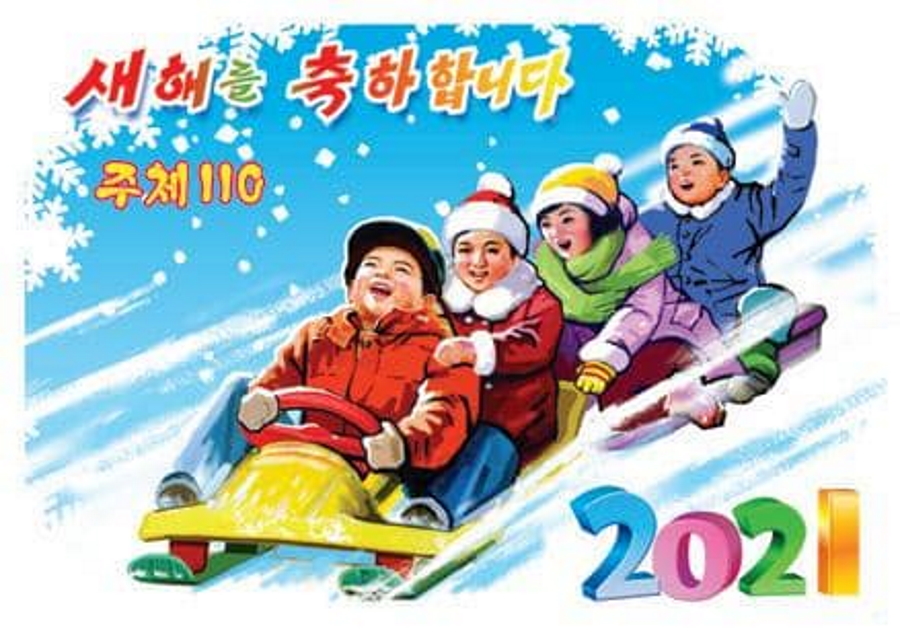 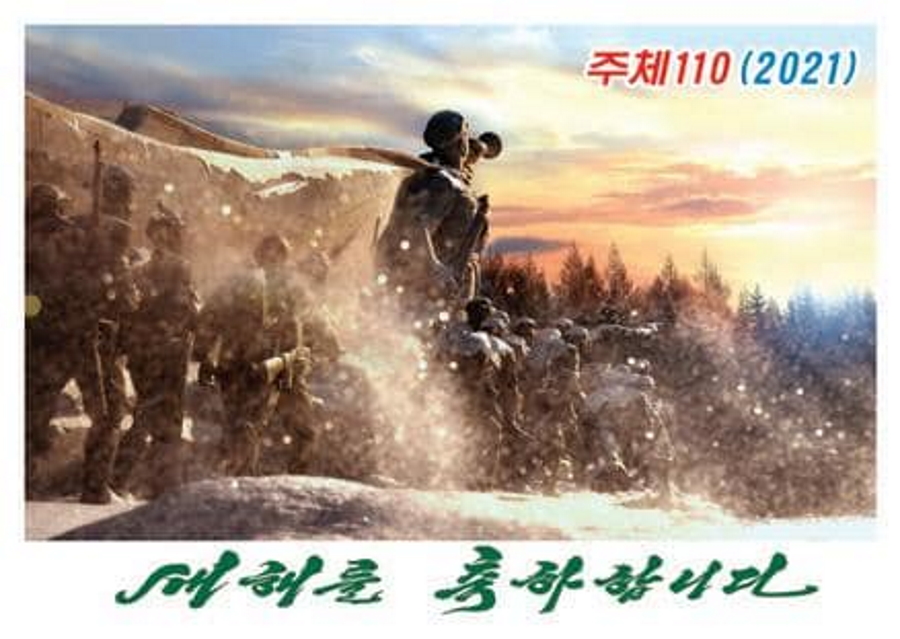 Juche and the North Korean Calendar

Juche (Korean: 주체/主體, lit. ‘subject’; translated as “self-reliance”) is the official ideology of North Korea, described by the government as “Kim Il-sung’s original, brilliant and revolutionary contribution to national and international thought”. It postulates that “man is the master of his destiny”, that the Korean masses are to act as the “masters of the revolution and construction” and that by becoming self-reliant and strong, a nation can achieve true socialism.”

Kim Il-sung (1912–1994) developed the ideology, which was originally viewed as a variant of Marxism – Leninism until it became distinctly Korean in character while it incorporated the historical materialist ideas of Marxism–Leninism and strongly emphasized the individual, the nation state and its sovereignty. Consequently, the North Korean government adopted Juche into a set of principles and it has used these principles to justify its policy decisions from the 1950s onwards. Such principles include moving the nation towards claimed jaju (“independence”) through the construction of a jarip (“national economy”) and an emphasis upon jawi (“self-defense”) in order to establish socialism.

The ideology developed after losing its original Marxist–Leninist elements. According to North Korea: A Country Study by Robert L. Worden, Marxism–Leninism was abandoned immediately after the start of de-Stalinisation in the Soviet Union and it has been totally replaced by Juche since at least 1974.

Juche comes from the Sino-Japanese word 主體 (modern spelling: 主体), whose Japanese reading is shutai. The word was coined in 1887 to translate the concept of Subjekt in German philosophy (subject, meaning “the entity perceiving or acting upon an object or environment”) into Japanese. The word migrated to the Korean language at around the turn of the century and retained this meaning. Shutai went on to appear in Japanese translations of Karl Marx’s writings. North Korean editions of Marx used the word Juche even before the word was attributed to Kim Il-sung in its supposedly novel meaning in 1955.

In today’s political discourse on North Korea, Juche has a connotation of “self-reliance”, “autonomy” and “independence”. It is often defined in opposition to the Korean concept of Sadae, or reliance on the great powers. South Koreans use the word without reference to the North Korean ideology.

Official statements by the North Korean government attribute the origin of Juche to Kim Il-sung’s experiences in the Anti-Imperialist Youth League in 1930 in his liberation struggle against Japan. The first documented reference to Juche as an ideology appeared in 1955 in a speech given by Kim Il-sung entitled “On Eliminating Dogmatism and Formalism and Establishing Juche in Ideological Work”. The speech had been delivered to promote a political purge similar to the earlier Yan’an Rectification Movement in China.

Hwang Jang-yop, Kim’s top adviser on ideology, discovered Kim’s 1955 speech in the late 1950s when Kim, having established a cult of personality, sought to develop his own version of Marxism–Leninism into a North Korean ideology.

The calendar began to be implemented on 9 September 1997, the Day of the Foundation of the Republic. On that date, newspapers, news agencies, radio stations, public transport, and birth certificates began to use Juche years.

There are no “before Juche 1” years, and years before 1912 are given numbers based on the Gregorian calendar only. Ranges of years that begin before 1912 and end after it are also given in Christian calendar numbers only.

Any other years after 1912 will be given in either Juche years only, or in Juche years and the corresponding year in the Christian calendar in parentheses. In material pertaining to relations with foreign countries, “the Juche Era and the Christian era may be used on the principles of independence, equality and reciprocity.”