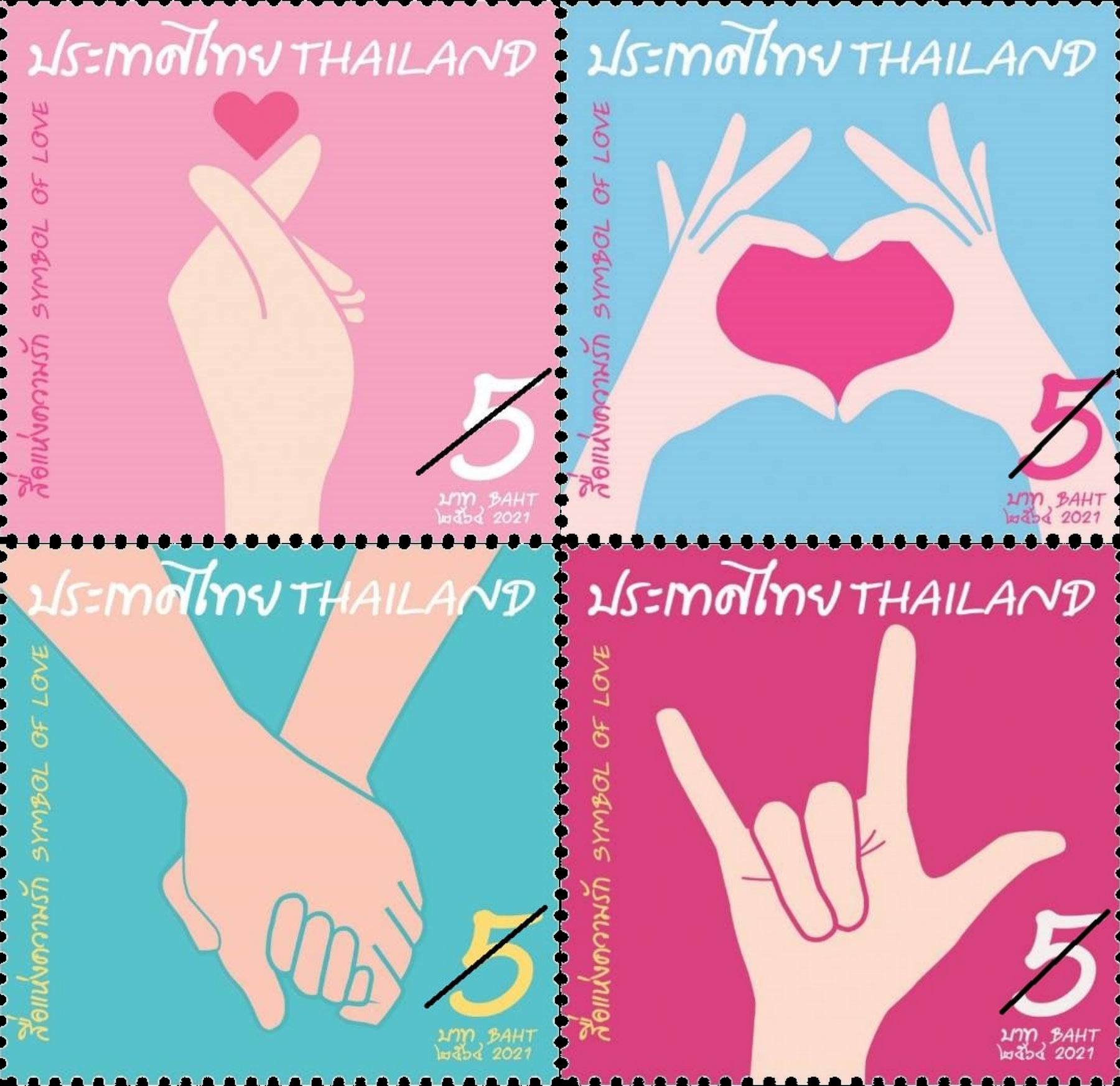 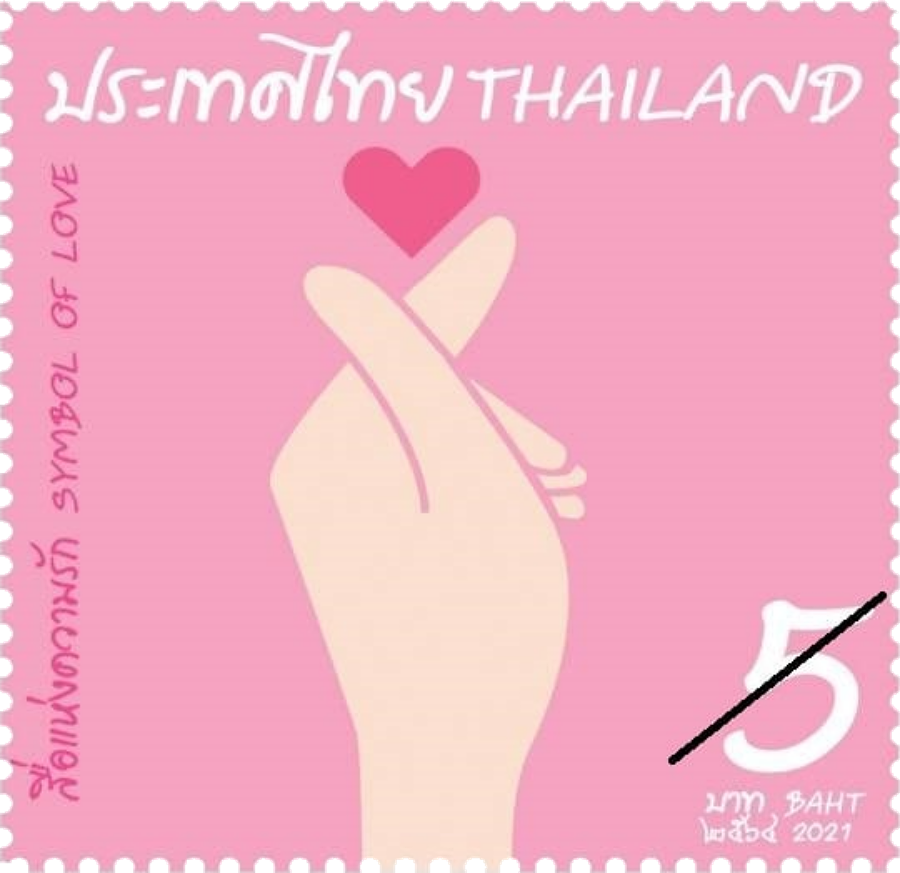 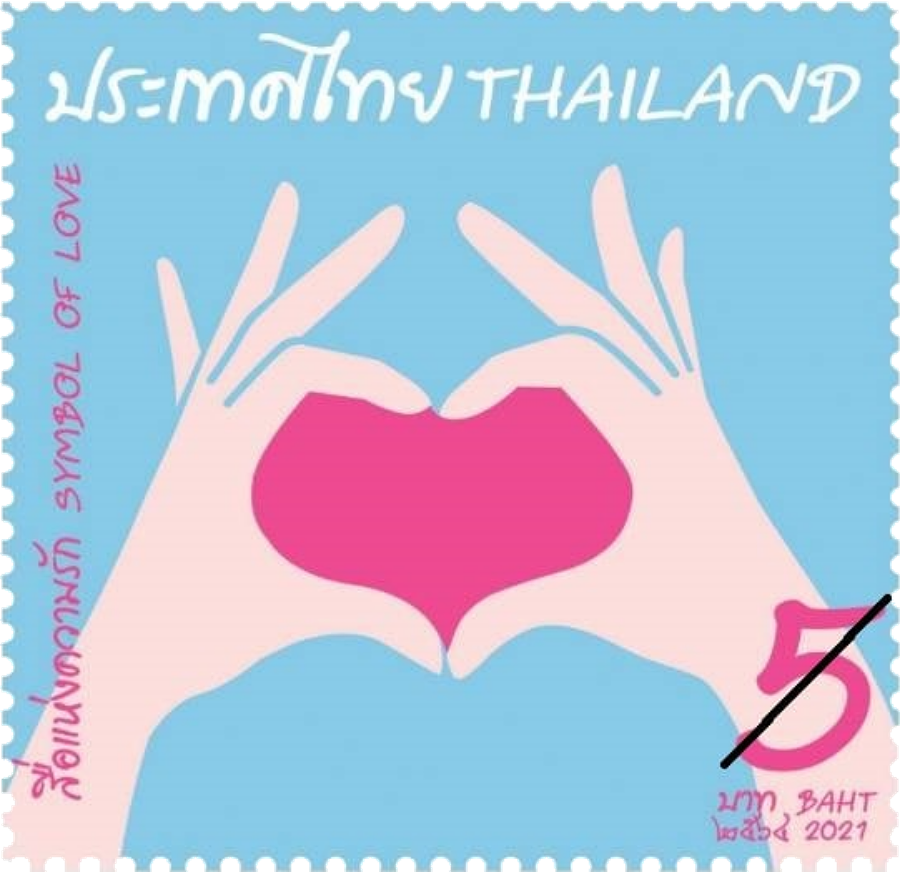 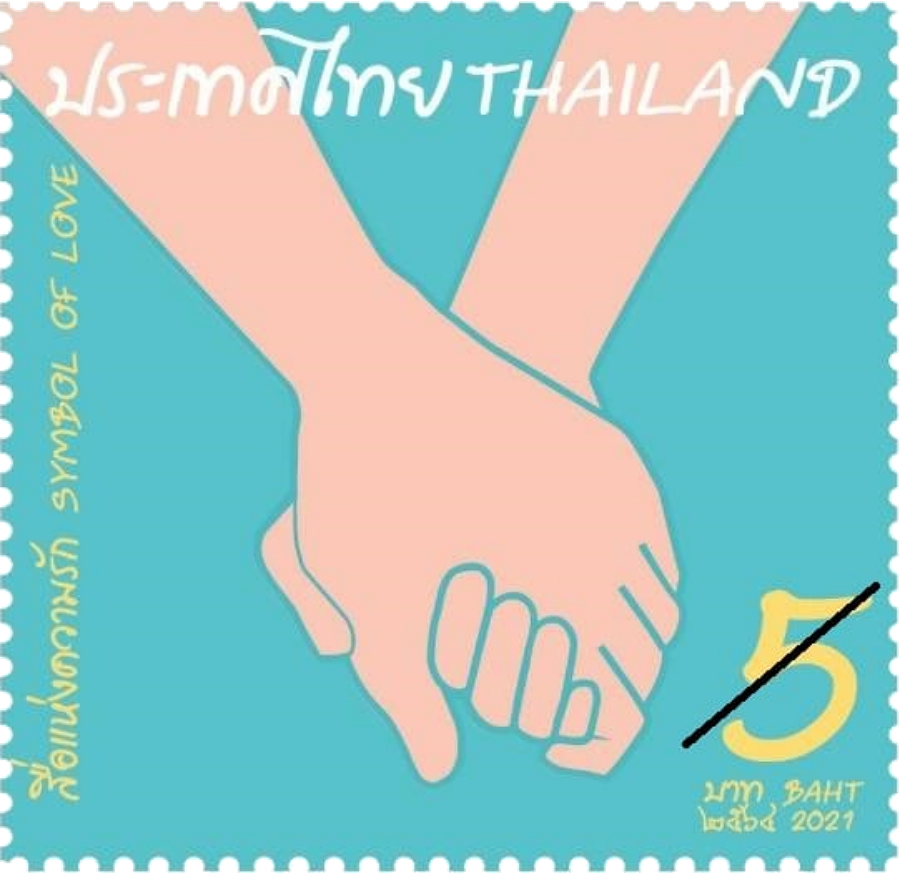 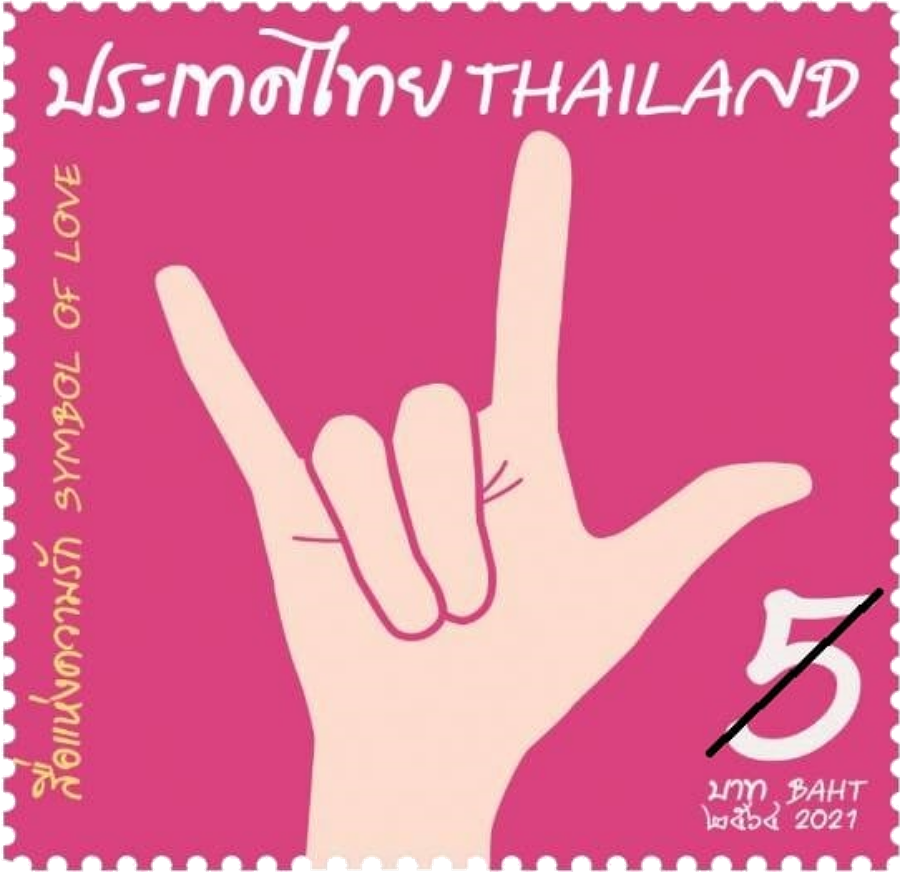 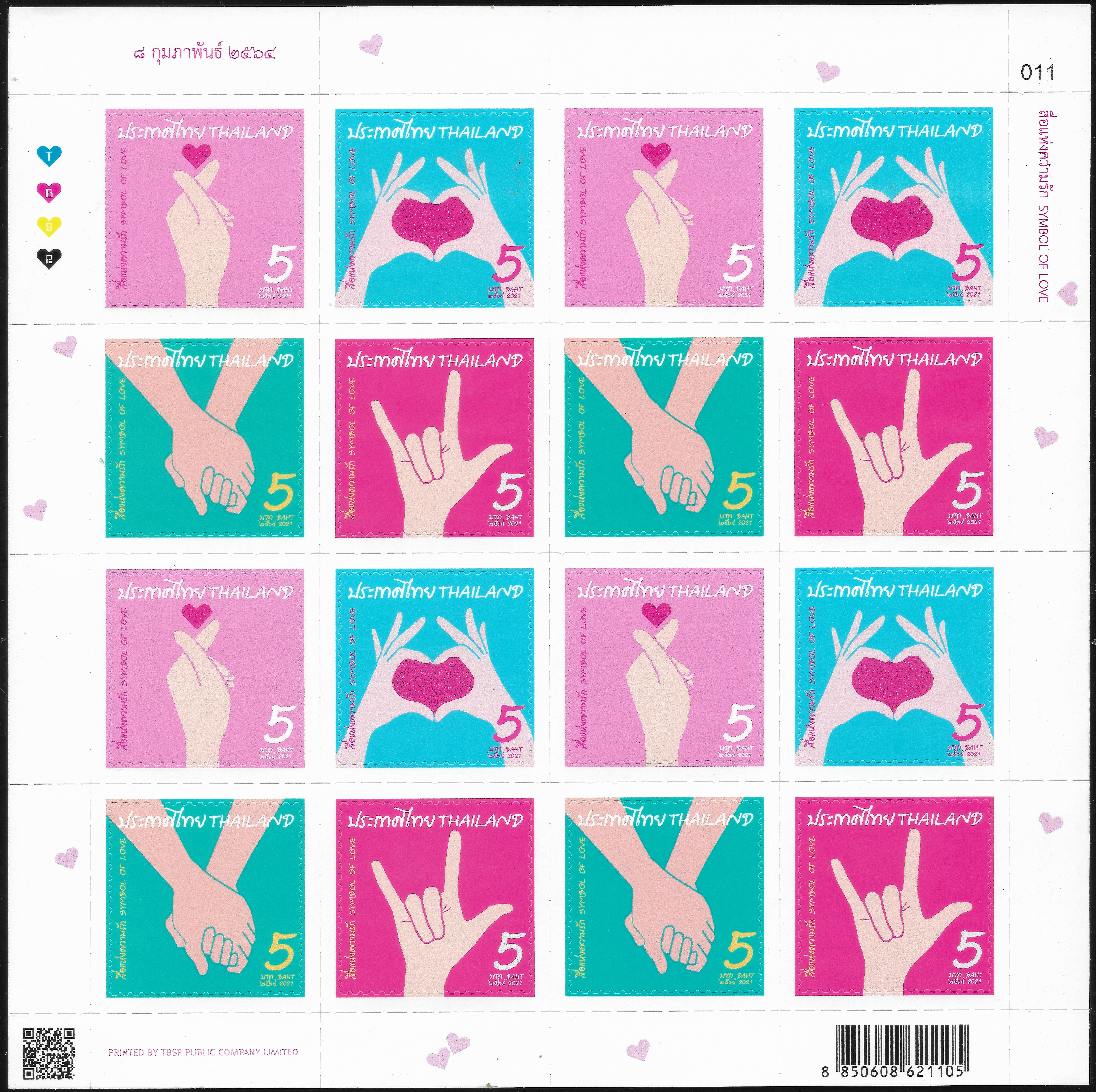 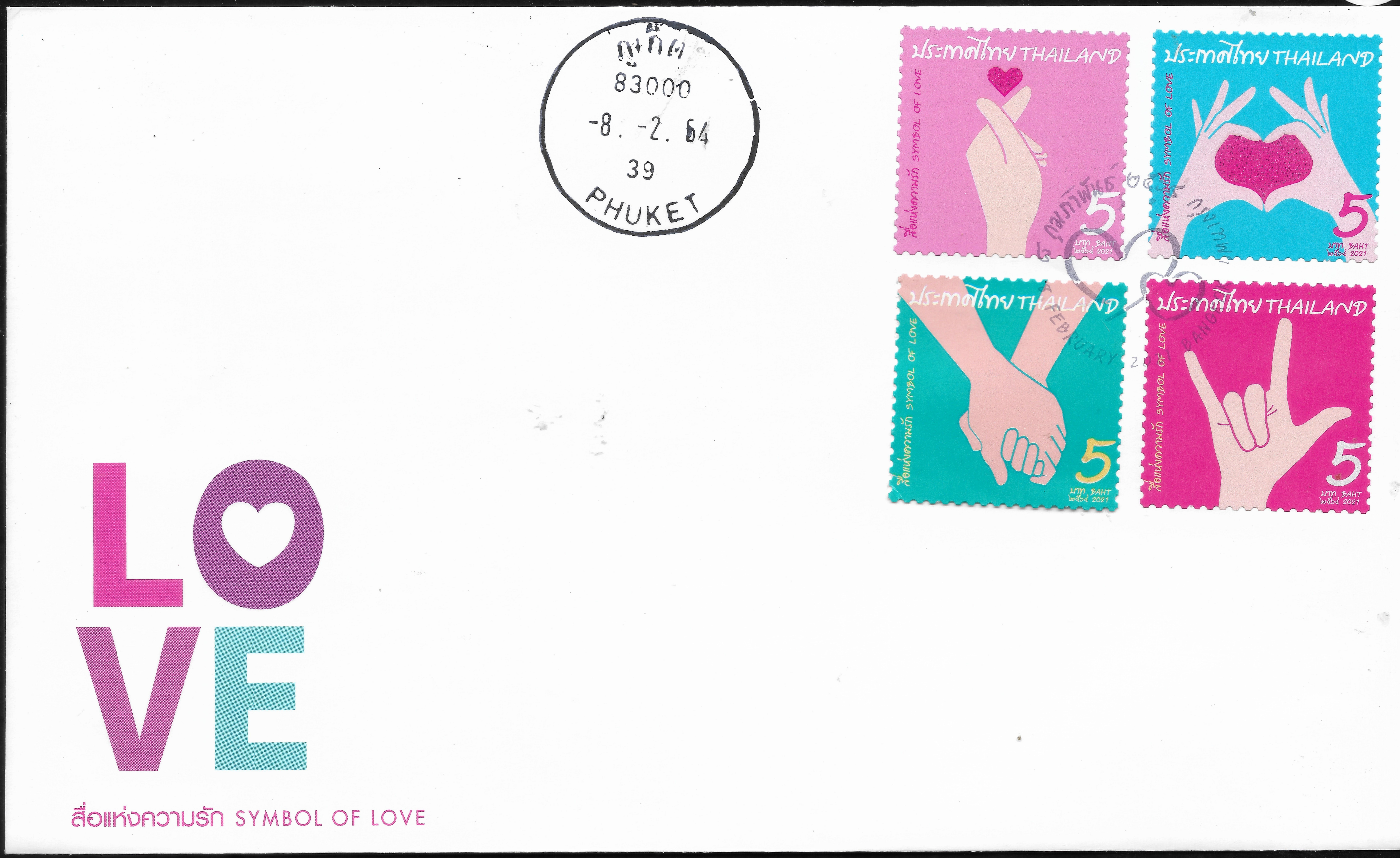 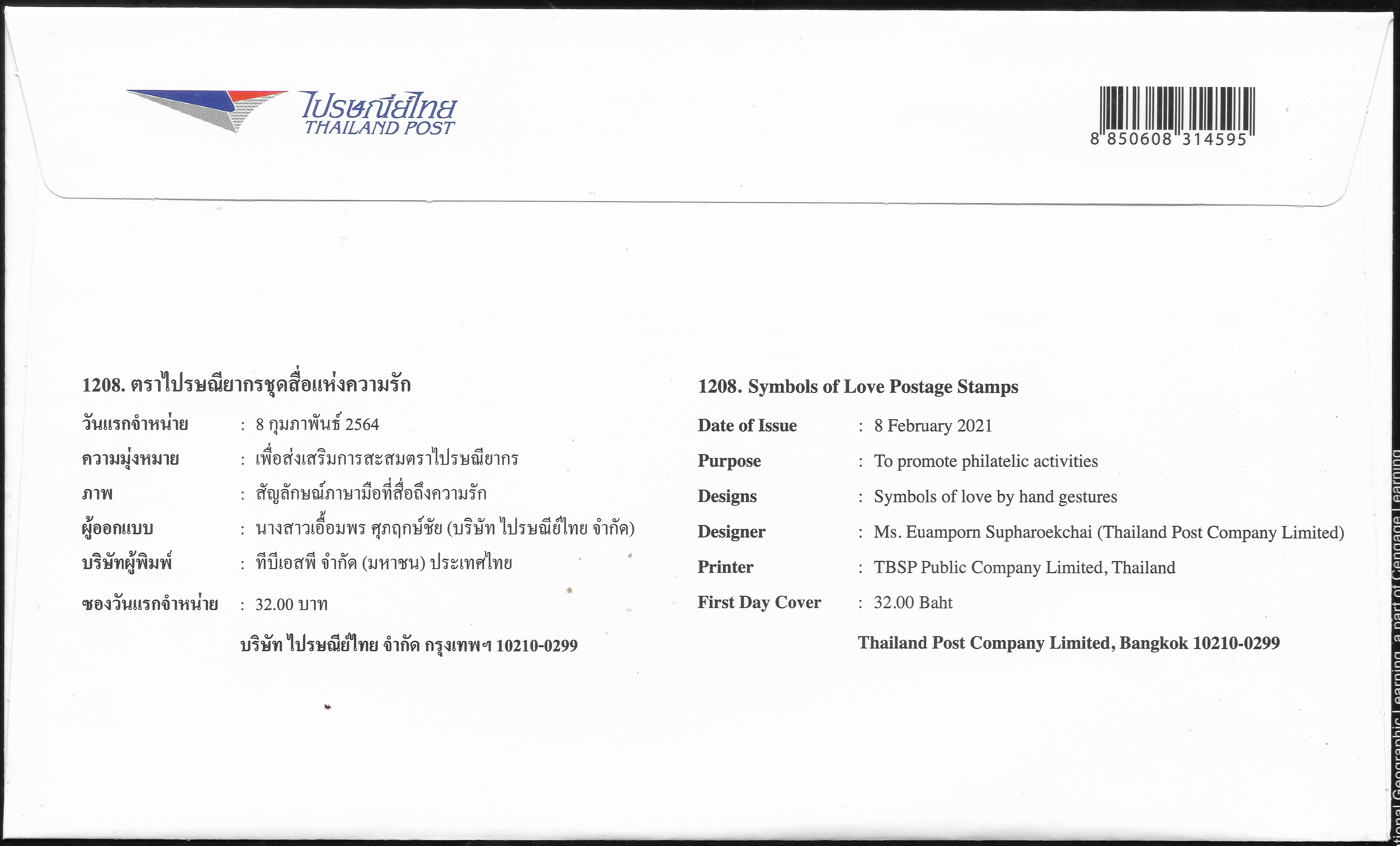 Day of Love in the Land of Smiles

Each February, Thailand Post releases a stamp or stamps to mark Valentine’s Day which is very popular in the Kingdom of Thailand.  From 2002 until 2010, these were single stamps picturing a rose, usually the royal flower named after HRH Queen Mother Sirikit.  The current “Symbol of Love” series began in 2011 and there have been several unusual stamps released along the way including various shaped-stamps, die-cut centers, scented stamps, etc.  The set of four issued in 2021 are Thailand’s first self-adhesive stamps since the convenience store booklets of 2009 and 2011.

There are a number of martyrdom stories associated with various Valentines connected to 14 February, including an account of the imprisonment of Saint Valentine of Rome for ministering to Christians persecuted under the Roman Empire in the third century. According to an early tradition, Saint Valentine restored sight to the blind daughter of his jailer. Numerous later additions to the legend have better related it to the theme of love: an 18th-century embellishment to the legend claims he wrote the jailer’s daughter a letter signed “Your Valentine” as a farewell before his execution; another addition posits that Saint Valentine performed weddings for Christian soldiers who were forbidden to marry.

The Feast of Saint Valentine was established by Pope Gelasius I in AD 496 to be celebrated on 14 February in honour of Saint Valentine of Rome, who died on that date in AD 269. The day became associated with romantic love in the 14th and 15th centuries when notions of courtly love flourished, apparently by association with the “lovebirds” of early spring. In 18th-century England, it grew into an occasion in which couples expressed their love for each other by presenting flowers, offering confectionery, and sending greeting cards (known as “valentines”). Valentine’s Day symbols that are used today include the heart-shaped outline, doves, and the figure of the winged Cupid. Since the 19th century, handwritten valentines have given way to mass-produced greeting cards. In Italy, Saint Valentine’s Keys are given to lovers “as a romantic symbol and an invitation to unlock the giver’s heart”, as well as to children to ward off epilepsy (called Saint Valentine’s Malady).

Westerners may be surprised to hear that Asian countries have embraced the holiday as well, but perhaps none in such unique ways as Thailand. The Land of Smiles, as it is called, can claim that the spirit of this holiday both loving and amorous has influenced everything from tourism to politics. Valentine’s Day may originally come from Rome, but few love the holiday with as much excitement as Thailand.

In some ways, St Valentine’s Day in Thailand looks very familiar to that of the United States or Europe, but more on the scale of a national celebration than in the West. The day before, thousands of street stalls will pop up out of nowhere and begin selling anything that’s somehow red or pink or both. People swarm to these stalls all around the country starting in the early morning hours of Valentine’s Day to purchase huge amounts of flowers, plush hearts and bears. Men and ladyboys place piles of these items in front of girls’ doors or cars in order to surprise them. While this might sound still somehow romantic, it is in reality a competition of “who gets the most roses and presents”. Girls will walk around all day with big plushy gifts and roses just to show off.

At schools, the tradition is not to give Valentine’s Day cards but stickers.  All of the aforementioned stalls sell sheets of love stickers and students spend their day plastering these all over their friends shirts, front and back.  Again, the “most loved” boys and girls (and teachers!) are those who end the day completely covered in stickers.  Janitors all over the Kingdom then spend weeks trying to remove fallen stickers from floor tiles and sidewalks.

Hearts also consume public spaces and private storefronts. Hundreds converge early in the morning into Bangkok’s Bang Rak district, which translates to “district of love”, to obtain marriage certificates and sign up for a chance at one fashioned from gold. I didn’t know of this when I got married in the district in August 2006. Police set up checkpoints to stop law-breaking drivers of both cars and motorcycles. Instead of tickets, or even a stern warning, violators receive roses. Those riding motorcycles received a free helmet if they were caught riding without one.