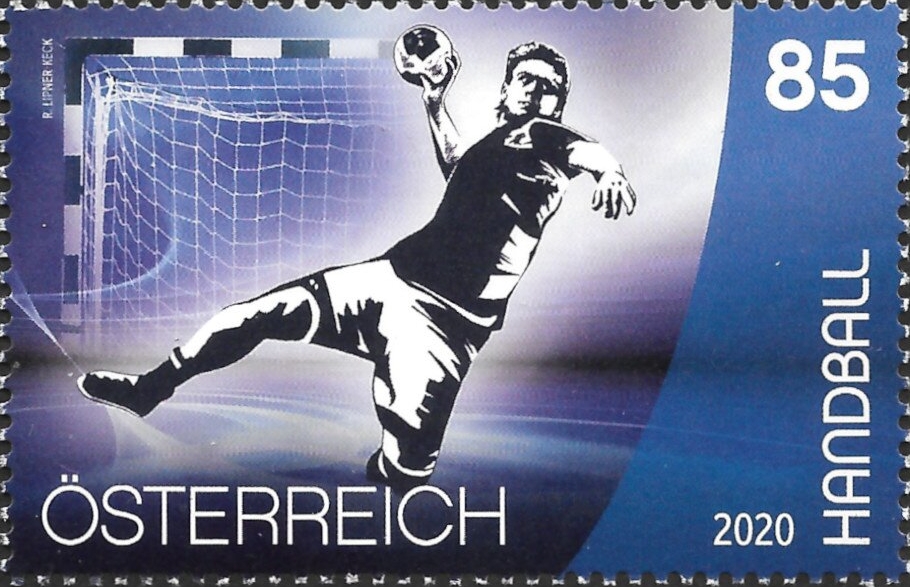 Handball (also known as team handball, European handball or Olympic handball) is a team sport in which two teams of seven players each (six outcourt players and a goalkeeper) pass a ball using their hands with the aim of throwing it into the goal of the other team. A standard match consists of two periods of 30 minutes, and the team that scores more goals wins.

Modern handball is played on a court of 40 by 20 metres (131 by 66 ft), with a goal in the middle of each end. The goals are surrounded by a 6-meter (20 ft) zone where only the defending goalkeeper is allowed; goals must be scored by throwing the ball from outside the zone or while “diving” into it. The sport is usually played indoors, but outdoor variants exist in the forms of field handball, Czech handball (which were more common in the past) and beach handball. The game is fast and high-scoring: professional teams now typically score between 20 and 35 goals each, though lower scores were not uncommon until a few decades ago. Players may score hat tricks. Body contact is permitted for the defenders trying to stop the attackers from approaching the goal. No protective equipment is mandated, but players may wear soft protective bands, pads and mouth guards.

The game was codified at the end of the 19th century in Denmark. The modern set of rules was published on 29 October 1917 in Berlin, which is seen as the date of birth of the sport, and had several revisions since. The first official handball match was played in the same year in Germany. The first international games were played under these rules for men in 1925 and for women in 1930. Men’s handball was first played at the 1936 Summer Olympics in Berlin as outdoors, and the next time at the 1972 Summer Olympics in Munich as indoors, and has been an Olympic sport since. Women’s team handball was added at the 1976 Summer Olympics.

The International Handball Federation was formed in 1946 and, as of 2016, has 197 member federations. The sport is most popular in Europe, and European countries have won all medals but one in the men’s world championships since 1938. In the women’s world championships, only two non-European countries have won the title: South Korea and Brazil. The game also enjoys popularity in East Asia, North Africa and parts of South America. 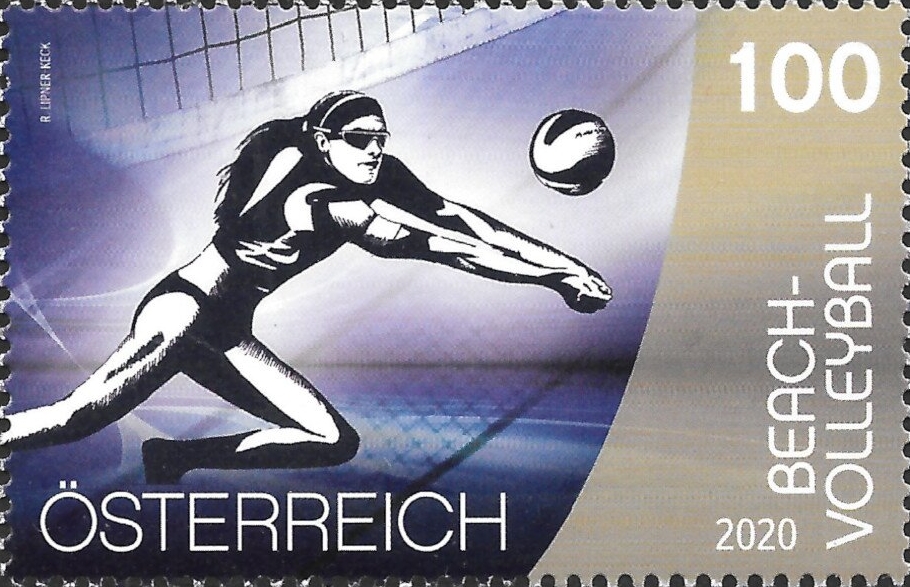 Beach volleyball is a team sport played by two teams of two players on a sand court divided by a net. As in indoor volleyball, the objective of the game is to send the ball over the net and to ground it on the opponent’s side of the court, and to prevent the same effort by the opponent.

Each team is allowed up to three touches to return the ball across the net, and individual players may not touch the ball twice consecutively except after making a block touch (the block touch counting as one touch, leaving only two more touches before the ball must be hit over). The ball is put in play with a serve—a hit by the server from behind the rear court boundary over the net to the opponents. The rally continues until the ball is grounded on the playing court, goes “out”, or a fault is made in the attempt to return the ball. The team that wins the rally scores a point and serves to start the following rally. The four players serve in the same sequence throughout the match, changing server each time a rally is won by the receiving team. 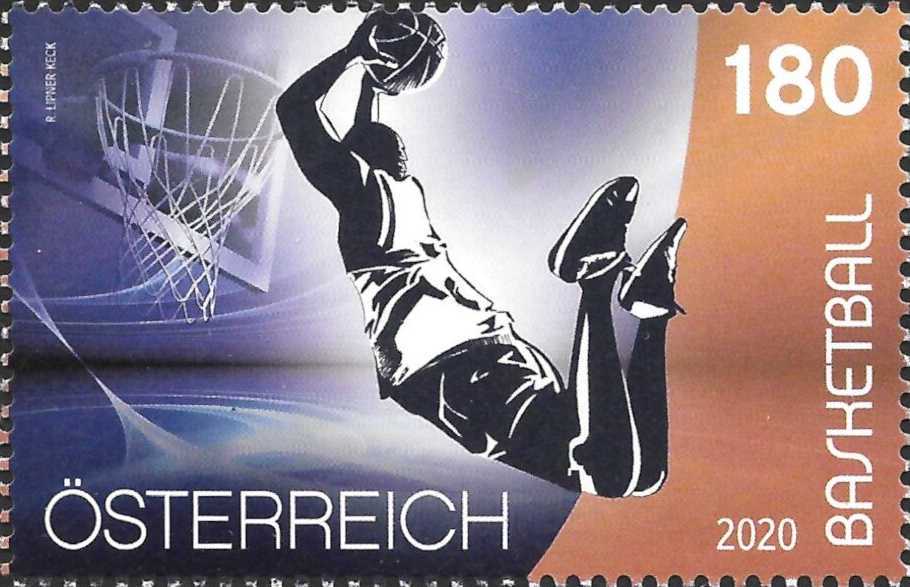 Basketball, colloquially referred to as hoops, is a team sport in which two teams, most commonly of five players each, opposing one another on a rectangular court, compete with the primary objective of shooting a basketball (approximately 9.4 inches (24 cm) in diameter) through the defender’s hoop (a basket 18 inches (46 cm) in diameter mounted 10 feet (3.048 m) high to a backboard at each end of the court) while preventing the opposing team from shooting through their own hoop. A field goal is worth two points, unless made from behind the three-point line, when it is worth three. After a foul, timed play stops and the player fouled or designated to shoot a technical foul is given one or more one-point free throws. The team with the most points at the end of the game wins, but if regulation play expires with the score tied, an additional period of play (overtime) is mandated.

Players advance the ball by bouncing it while walking or running (dribbling) or by passing it to a teammate, both of which require considerable skill. On offense, players may use a variety of shots—the lay-up, the jump shot, or a dunk; on defense, they may steal the ball from a dribbler, intercept passes, or block shots; either offense or defense may collect a rebound, that is, a missed shot that bounces from rim or backboard. It is a violation to lift or drag one’s pivot foot without dribbling the ball, to carry it, or to hold the ball with both hands then resume dribbling.

The five players on each side fall into five playing positions. The tallest player is usually the center, the second-tallest and strongest is the power forward, a slightly shorter but more agile player is the small forward, and the shortest players or the best ball handlers are the shooting guard and the point guard, who implements the coach’s game plan by managing the execution of offensive and defensive plays (player positioning). Informally, players may play three-on-three, two-on-two, and one-on-one.

Invented in 1891 by Canadian-American gym teacher James Naismith in Springfield, Massachusetts, United States, basketball has evolved to become one of the world’s most popular and widely viewed sports. The National Basketball Association (NBA) is the most significant professional basketball league in the world in terms of popularity, salaries, talent, and level of competition. Outside North America, the top clubs from national leagues qualify to continental championships such as the EuroLeague and the Basketball Champions League Americas. The FIBA Basketball World Cup and Men’s Olympic Basketball Tournament are the major international events of the sport and attract top national teams from around the world. Each continent hosts regional competitions for national teams, like EuroBasket and FIBA AmeriCup.