The design for this year’s stamp from the “Motorcycles” series is decked out in the modiﬁ ed yellow Austrian Post livery: It is the MV 50 V, a moped from the traditional Austrian Puch brand.

The Puch MV 50 was the successor model to the legendary MS 50, which was produced over a period of almost 30 years from 1954 to 1982. The slender central tube of the frame, in the Austrian dialect referred to as the “Stangl”, earned the MS 50 the nickname “Stangl-Puch”.

500 of the MV 50 were sold to Austrian Post. For this they were equipped with the unmistakable yellow tank and other minor adaptations were also undertaken to fit them for use as postal vehicles: in order to cope with the added load represented by the heavy post and the often uneven terrain that had to be traversed in making the deliveries, the MV 50 became the MV 50 V, with the V standing for the four-speed gearbox (Vierganggetriebe) which replaced the original two gears. The moped was also equipped with a kick starter, a modified leg shield and stable main and side stands, and an extra wide luggage rack was added to carry the large mailbags. 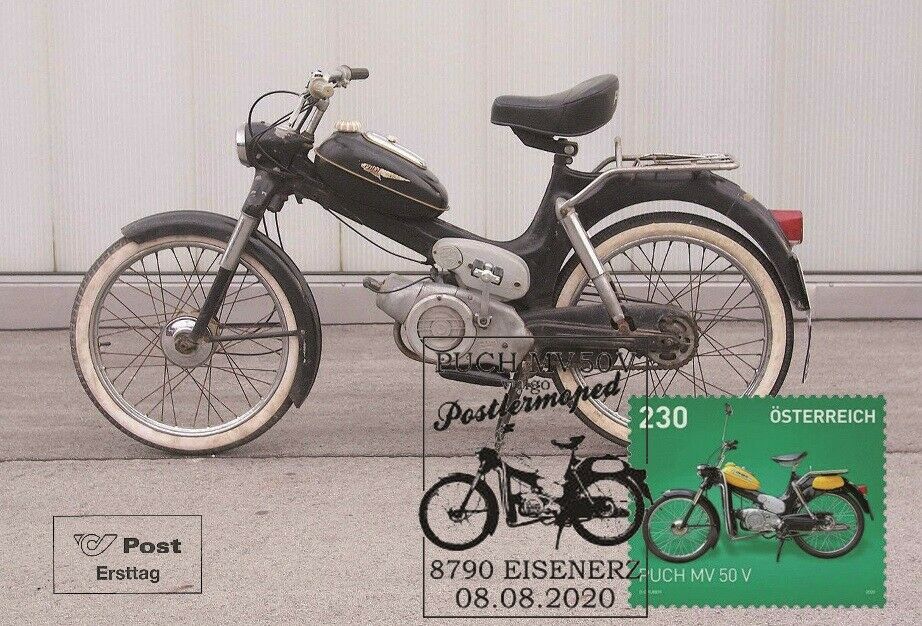