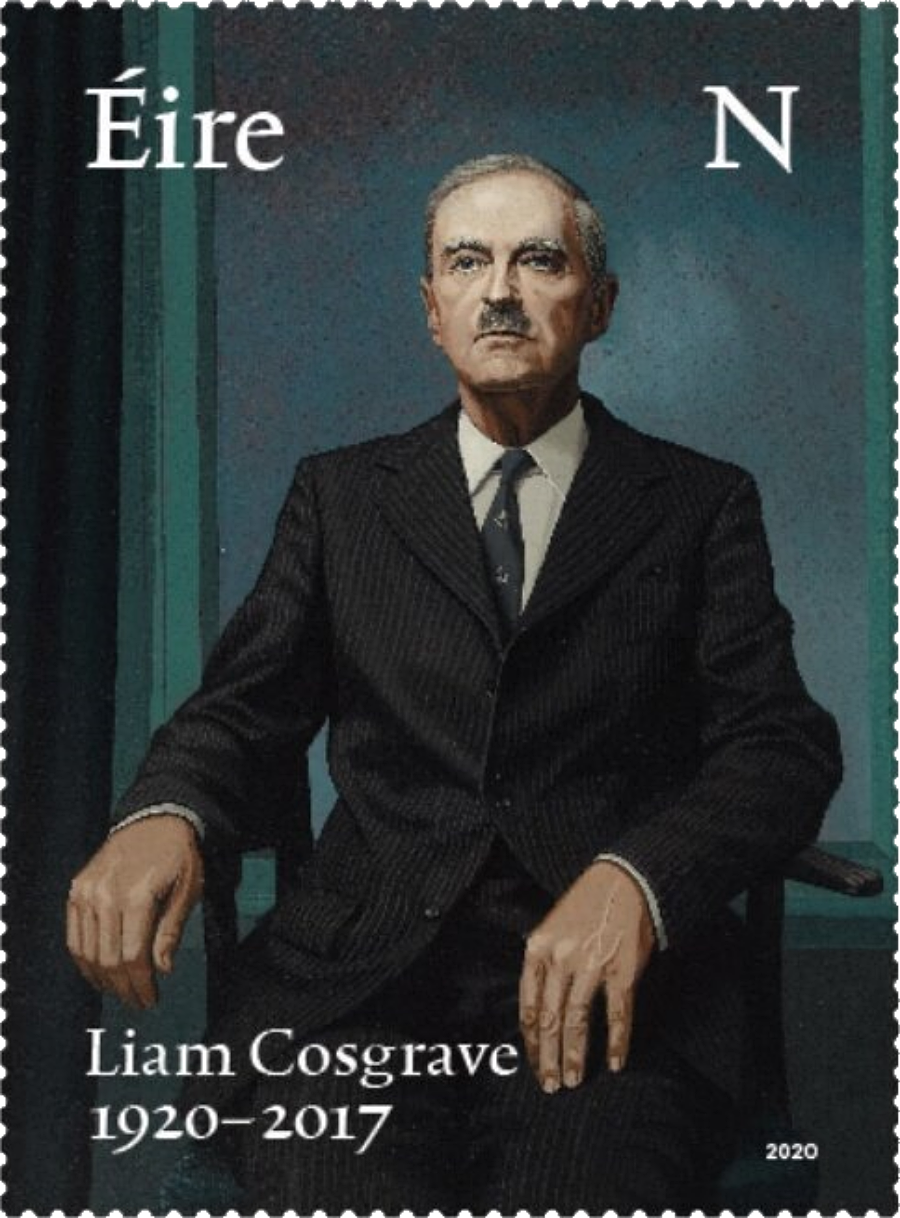 Originally scheduled for release on 9 April 2020.

Born in Castleknock, Dublin, Cosgrave was the son of W. T. Cosgrave, the first President of the Executive Council in the newly formed Irish Free State. After qualifying as a barrister he decided to embark on a political career. He was elected to Dáil Éireann at the 1943 general election and sat in opposition alongside his father. The formation of the first inter-party government in 1948 saw Cosgrave become a Parliamentary Secretary to Taoiseach John A. Costello. He formally became a cabinet member in 1954 when he was appointed Minister for External Affairs. The highlight of his three-year tenure was Ireland’s successful entry into the United Nations. In 1965, Cosgrave was the unanimous choice of his colleagues to succeed James Dillon as leader of Fine Gael. He lost the 1969 general election to the incumbent Taoiseach Jack Lynch, but won the 1973 general election and became Taoiseach in a Fine Gael-Labour Party government. 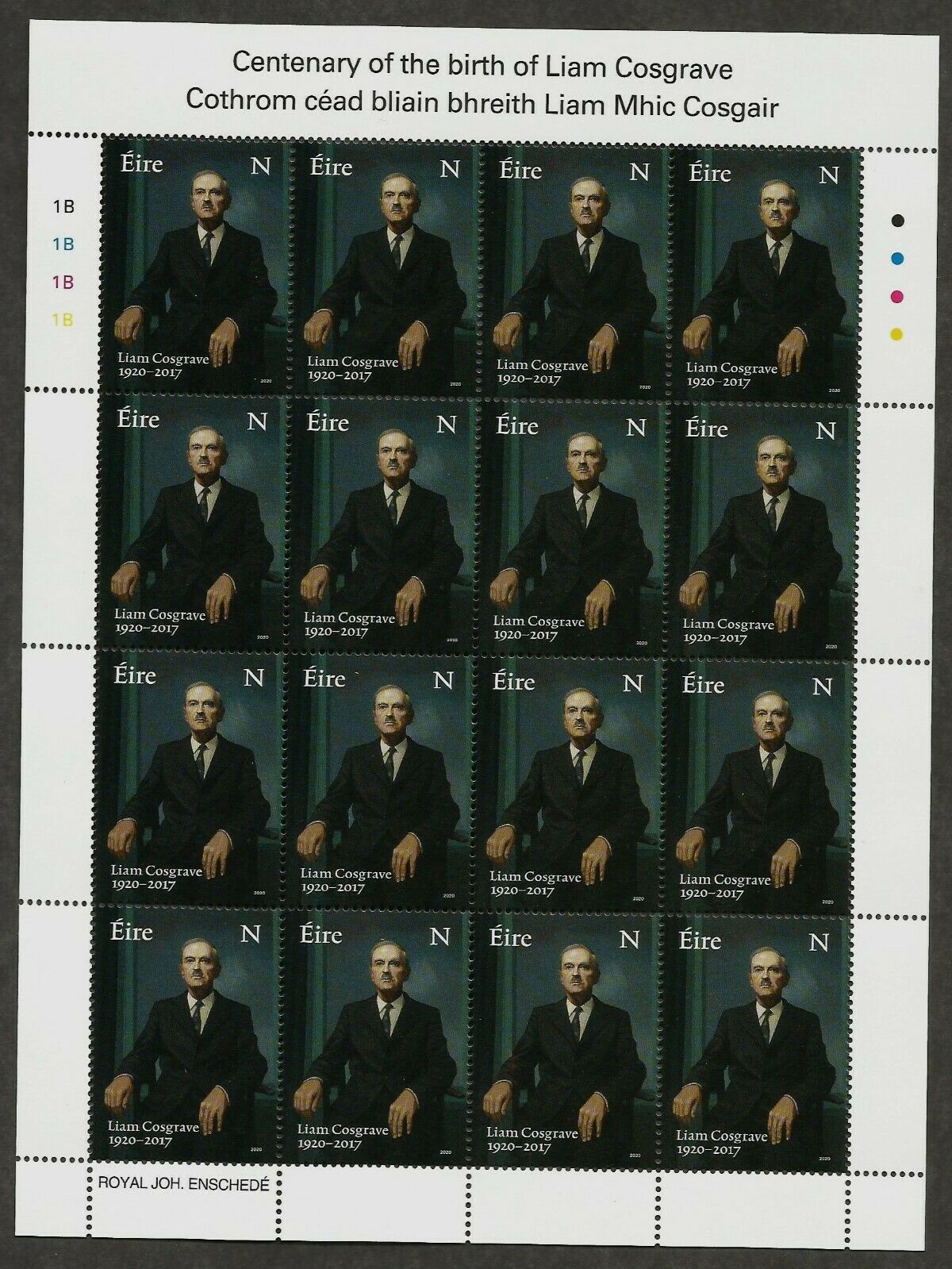 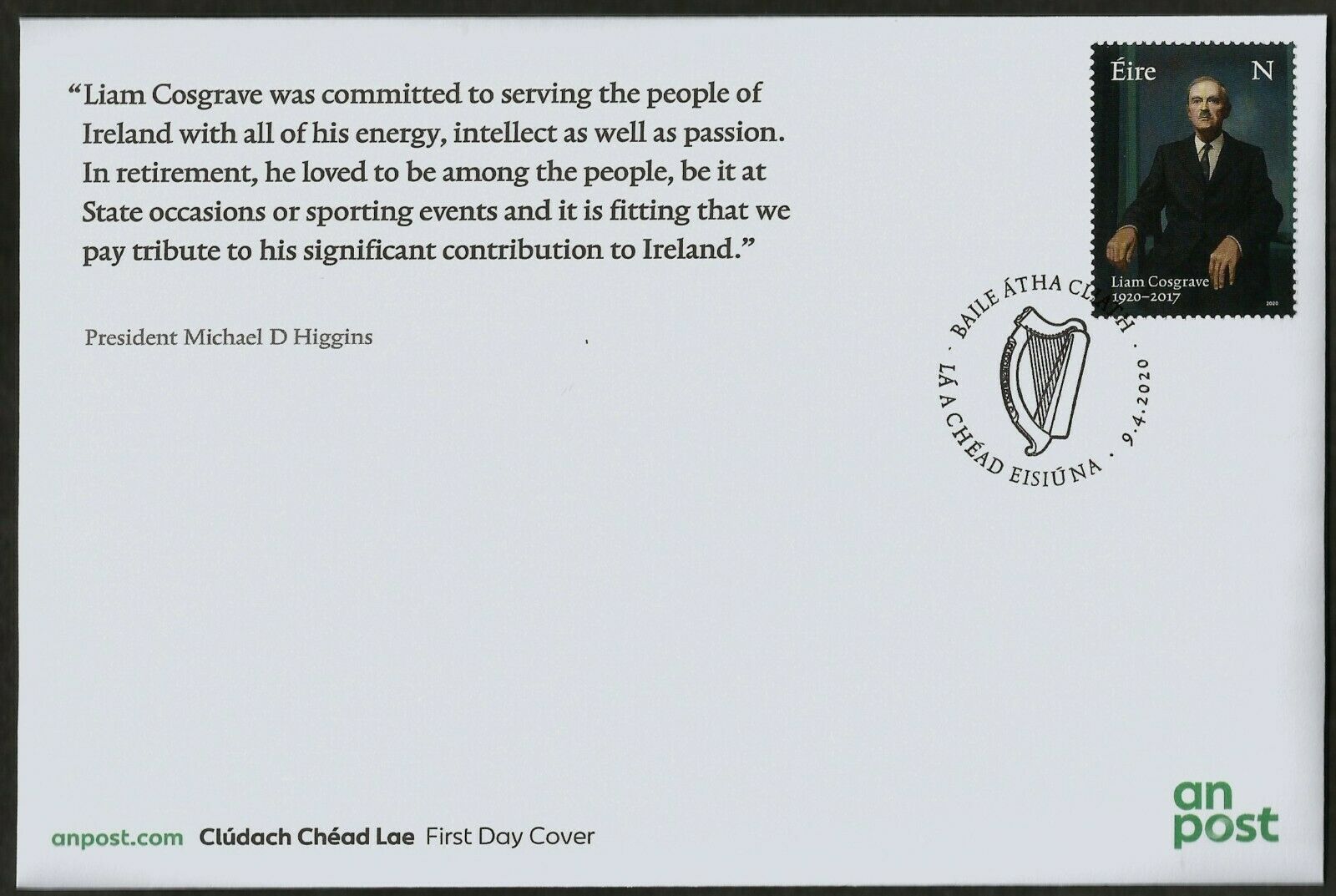 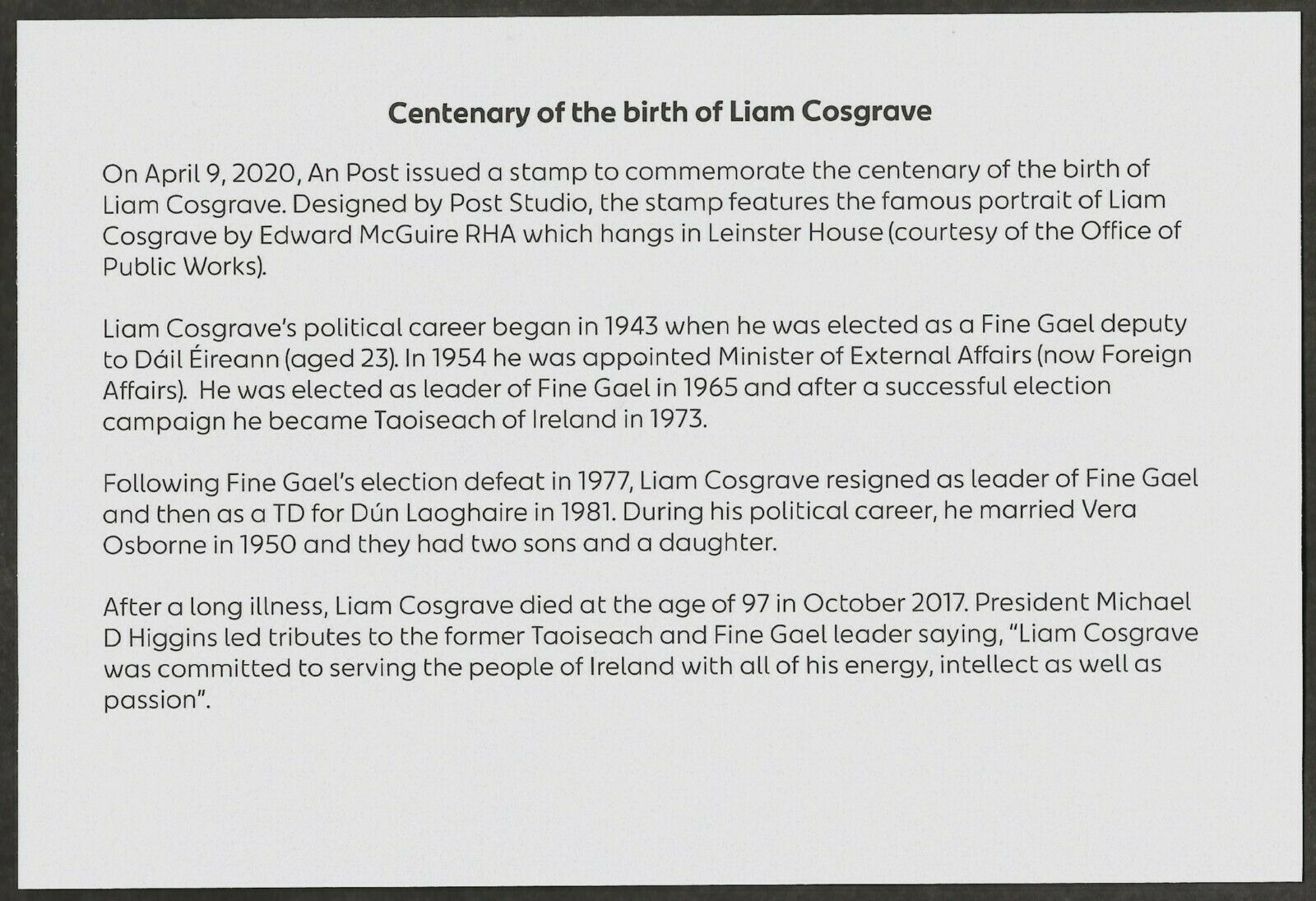