The Ballinderry Sword is a Viking sword from the mid-ninth century.  Found in Ballinderry, Co. Westmeath in 1928, it is on view at the National Museum of Ireland, Dublin.

The Waterford Charter Roll is four metres long and contains documents or transcripts relating to Waterford dating from 1215 to 1373. It is on view at the Medieval Museum, Waterford Museum of Treasures, Waterford.

Robert Emmet’s Ring was cut in Dublin in the 1790s. The ring is on view at the National Museum of Ireland – Decorative Arts and History, Collins Barracks, Dublin 7.

The Cooking Pot was mass produced by the 19th century and became an essential household item throughout Ireland. This Cooking Pot, originally from Corelish East, Co. Limerick, can be seen at the National Museum of Ireland – Country Life, Co. Mayo.

The 1911 Titanic Launch Ticket belonged to David Moneypenny who was a ship’s painter. The ticket can be views at the National Museums Northern Ireland – Ulster Folk and Transport Museum, Co. Down.

The Washing Machine became widely available in the 1950s after homes were connected to water and electricity. This Washing Machine can be viewed at the Irish Agricultural Museum, Co. Wexford.

In 1994, when Intel launched the Pentium processor, more than half of worldwide processor production was based at the factory in Lexlip which opened in 1989. The Intel Microprocessor can be viewed at the National Science Museum at Maynooth, St. Patrick’s College, Co. Kildare.

On the companion website (http://100objects.ie/) you can explore Ireland’s fascinating history through these wonderful objects. As the stamps are issued, the website populates with historical information about each of the featured objects, the social context of the era and showcases images of the objects. Curriculum-linked primary and post-primary education resources include videos, worksheets and Interactive fun activities.

Starting with the release of the first 12 stamps and continuing over 5 years to when the final stamps are issued, you’ll discover here more and more about our island’s long history from c.5000BC to the early 21st century. 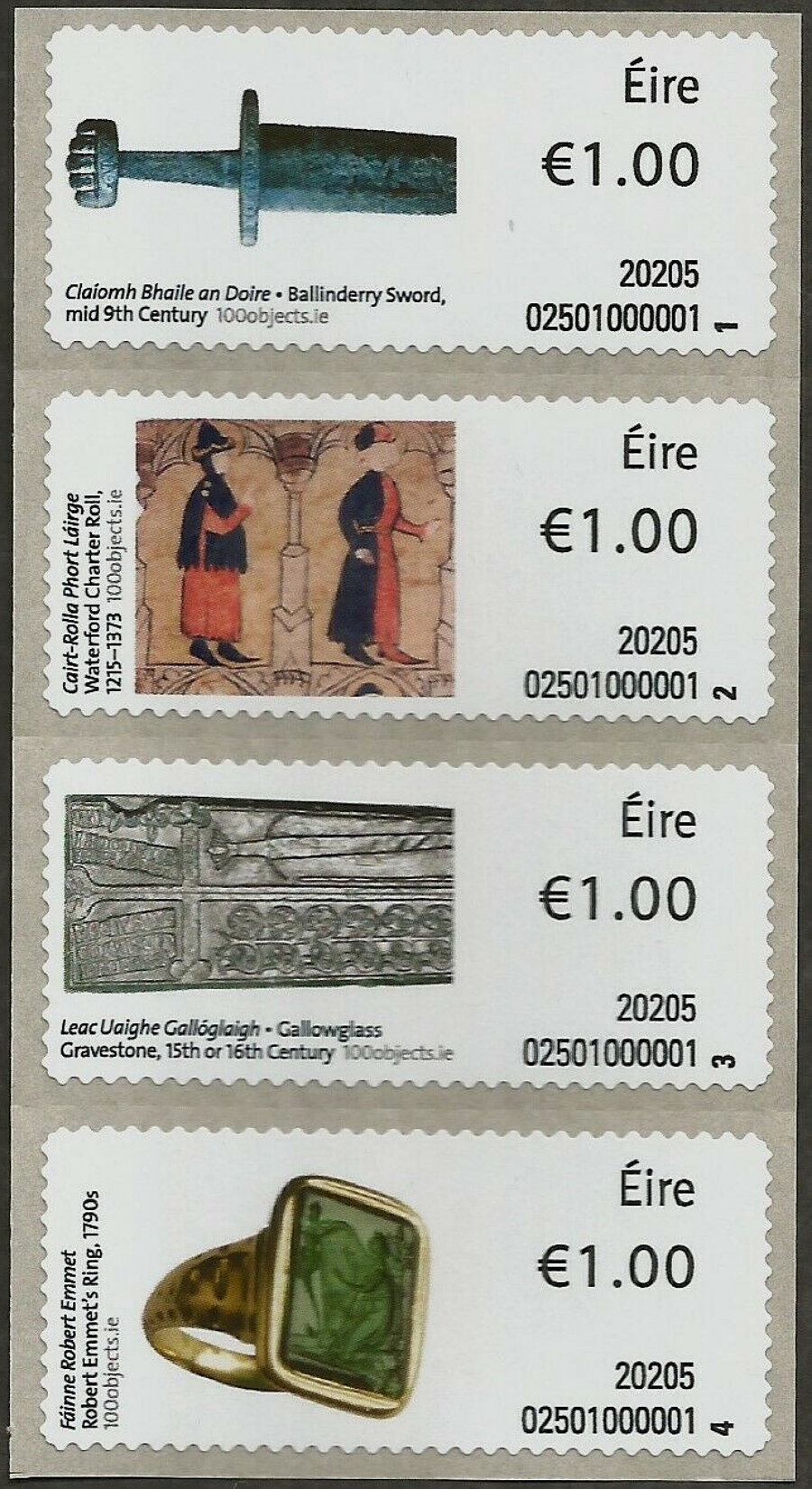 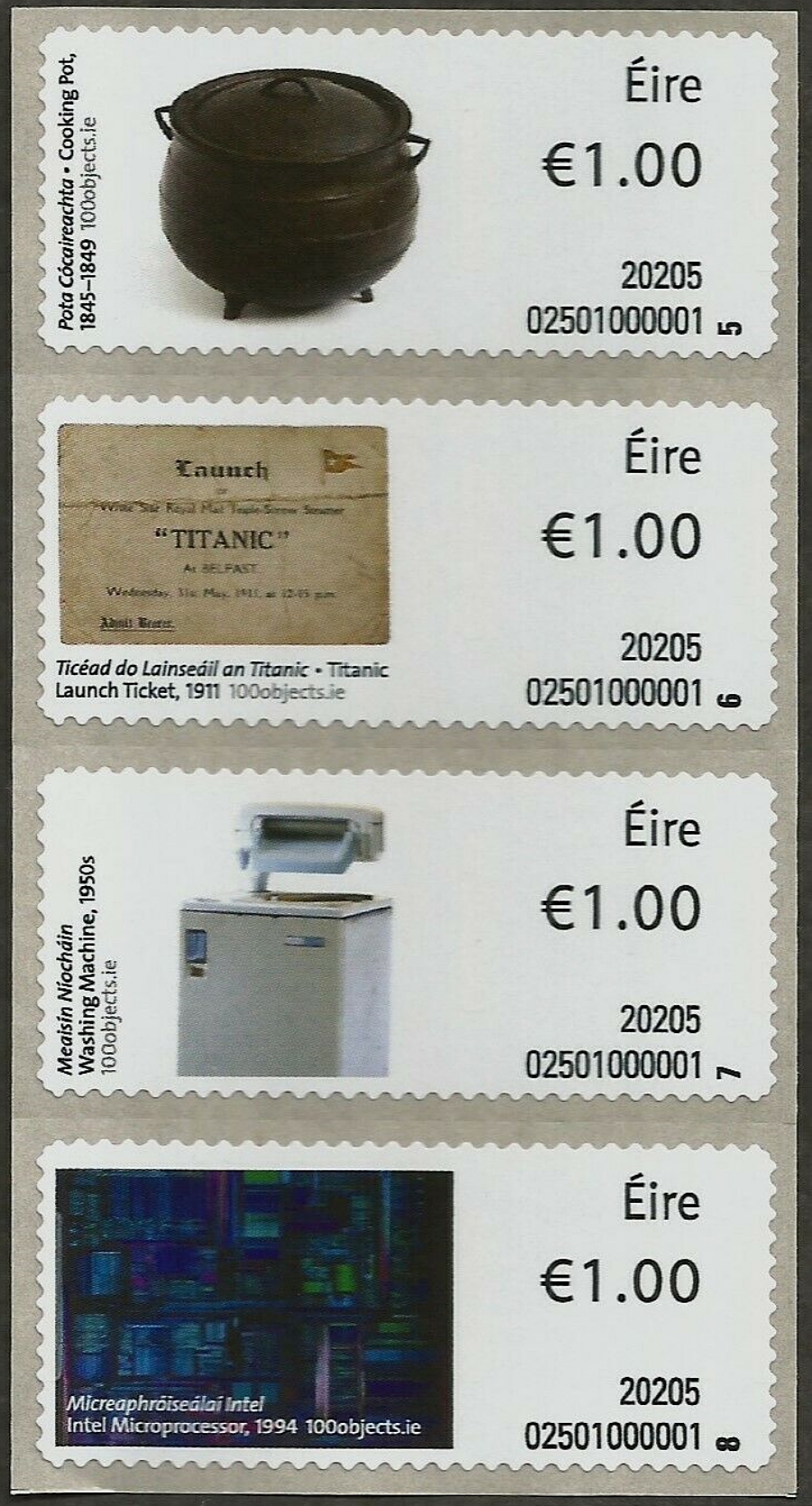 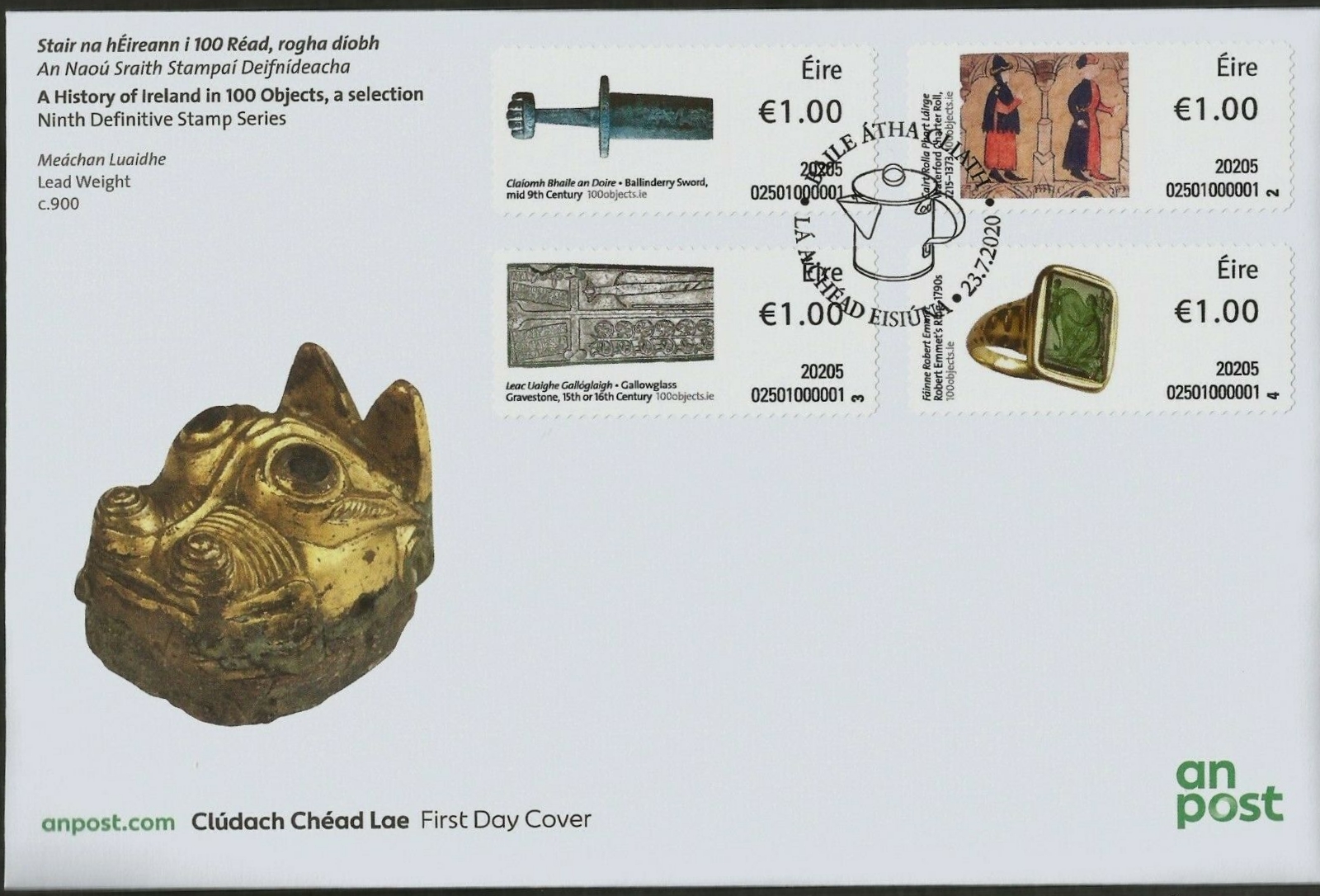 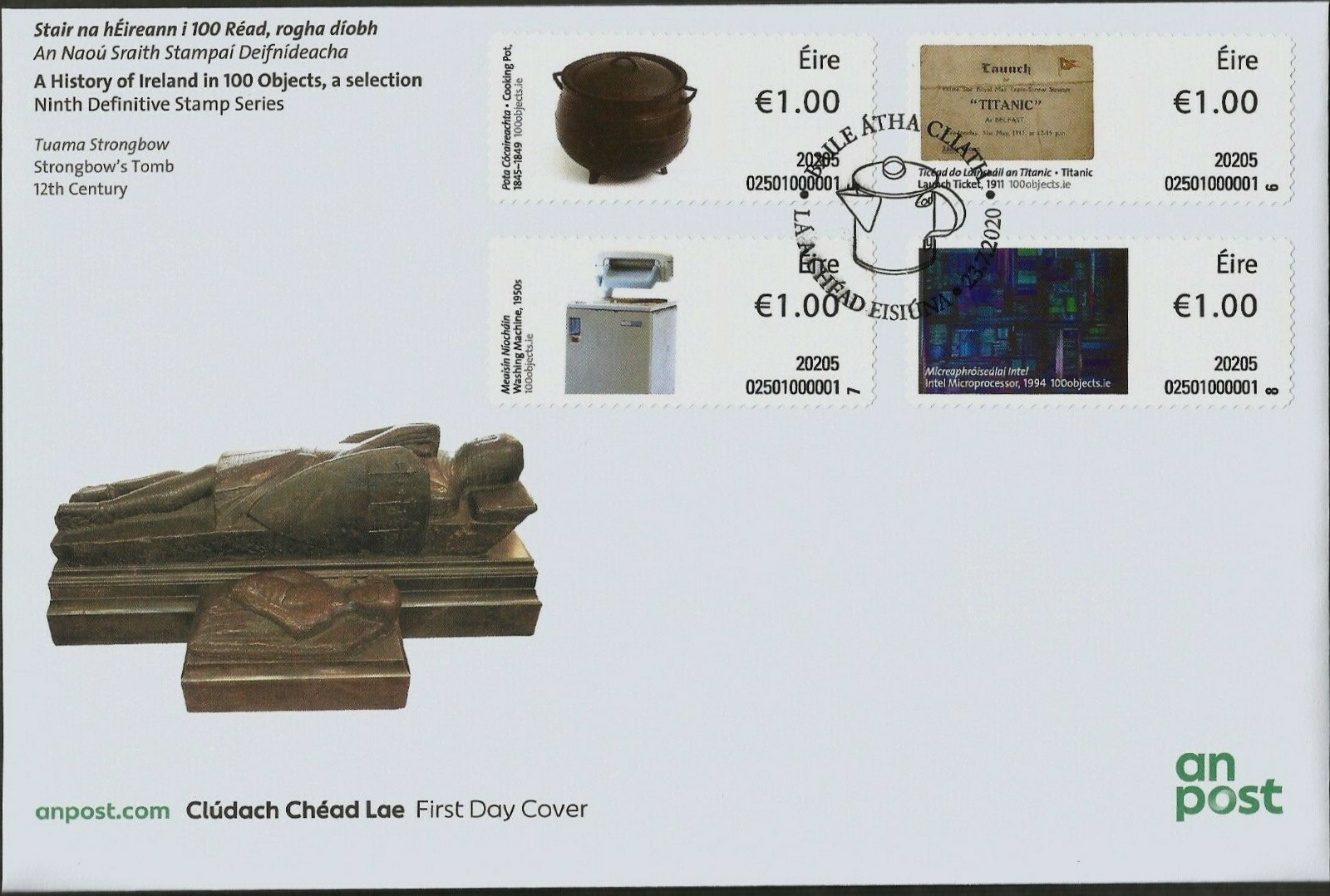