Originally scheduled for release on 16 April 2020.

On August 27, 2020, An Post issued a set of four stamp designs to mark the 25th anniversary of ‘Father Ted’. Designed by Detail, each stamp features a phrase associated with one of the four main characters.

An Post gratefully acknowledges Hat Trick Productions for the permission granted to reproduce the copyright material in this series. 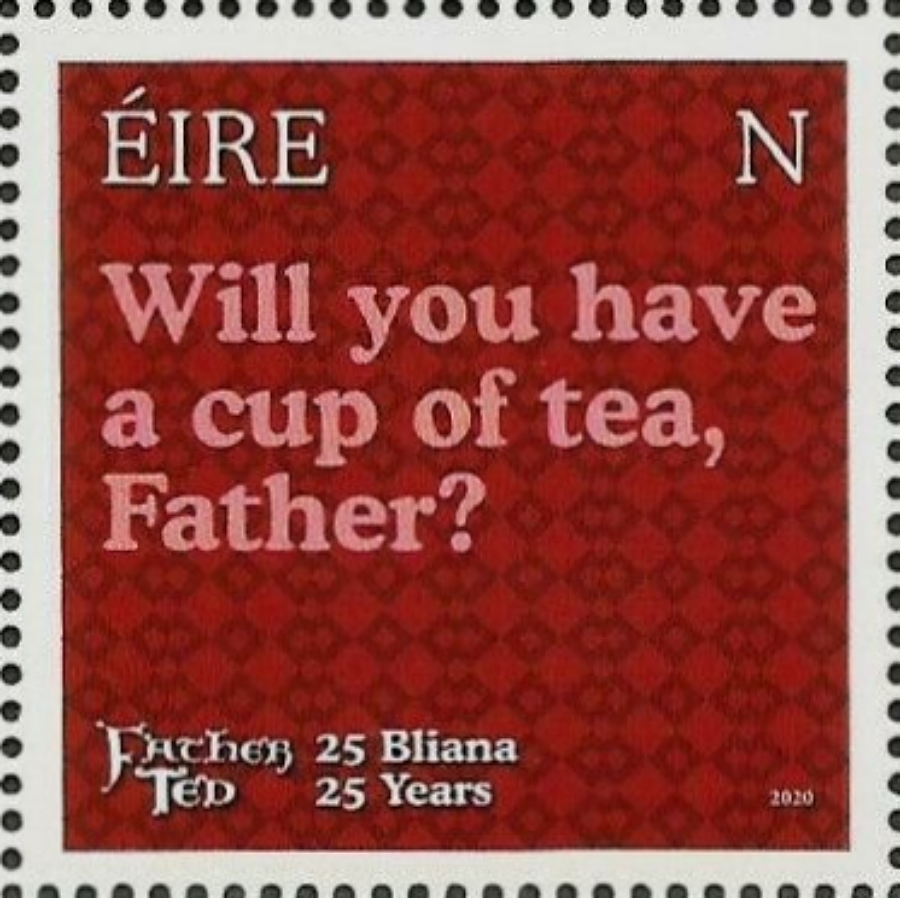 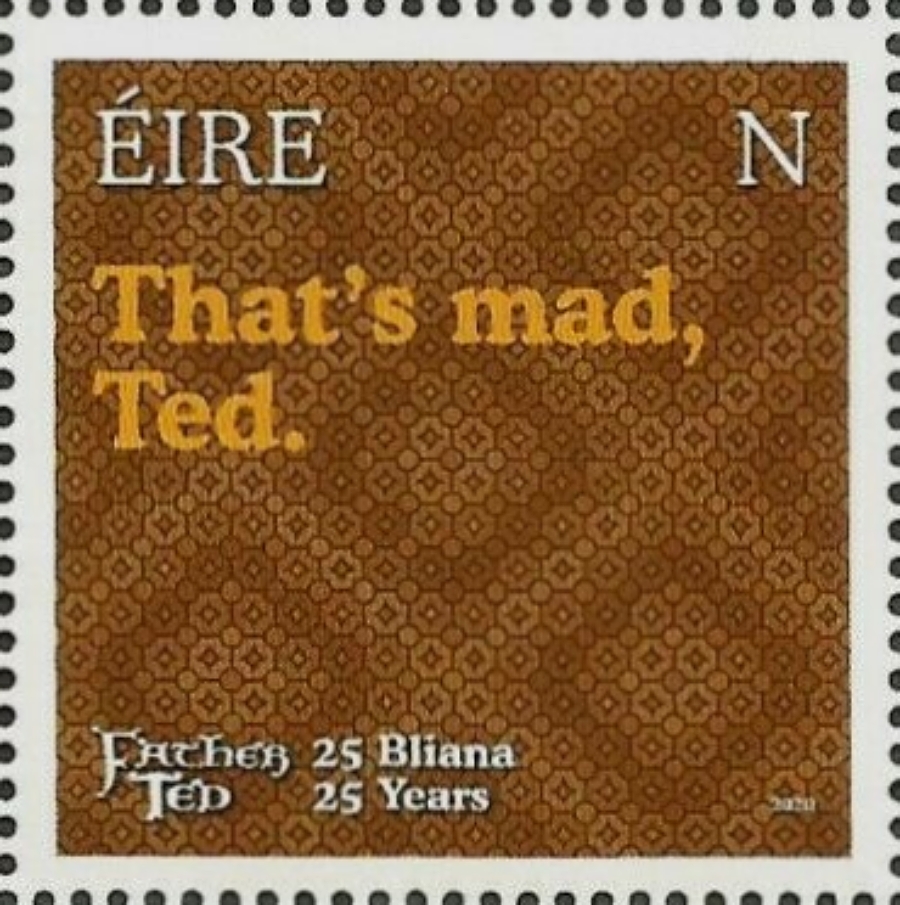 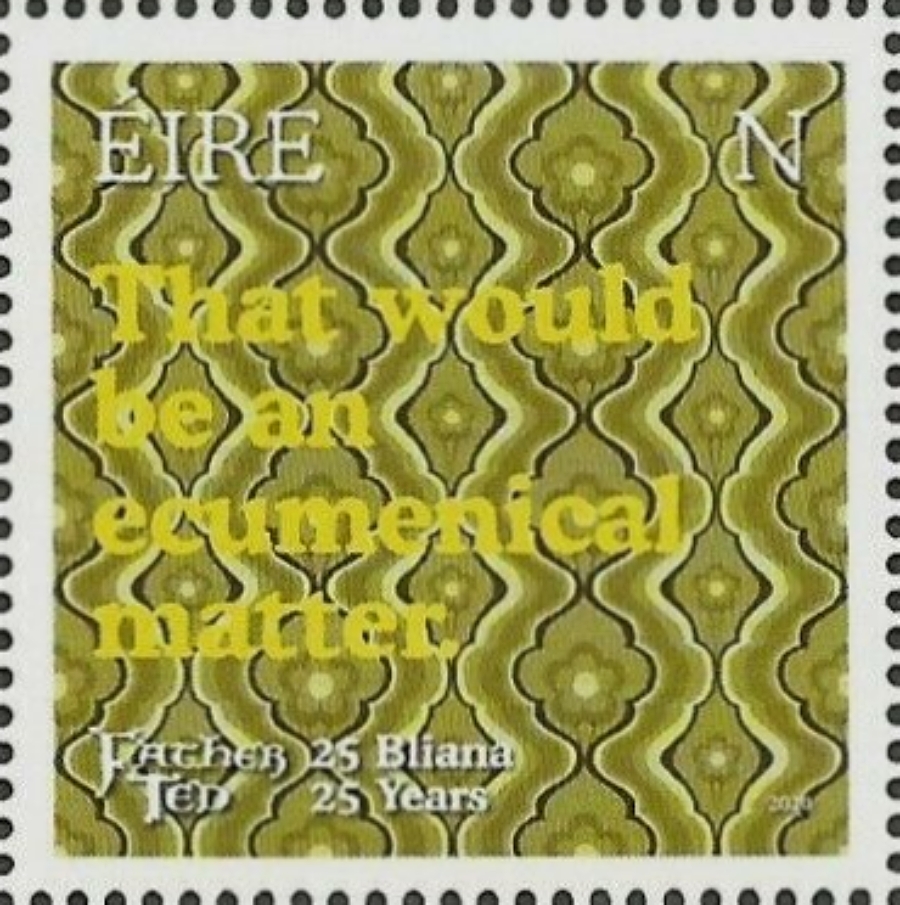 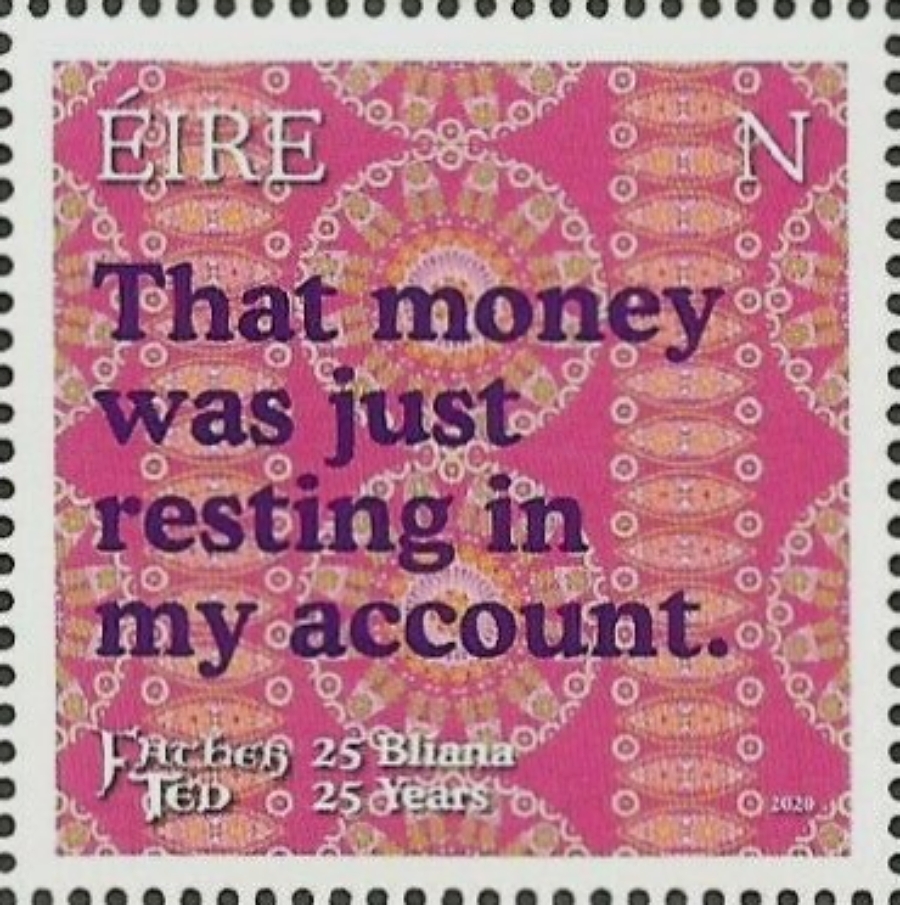 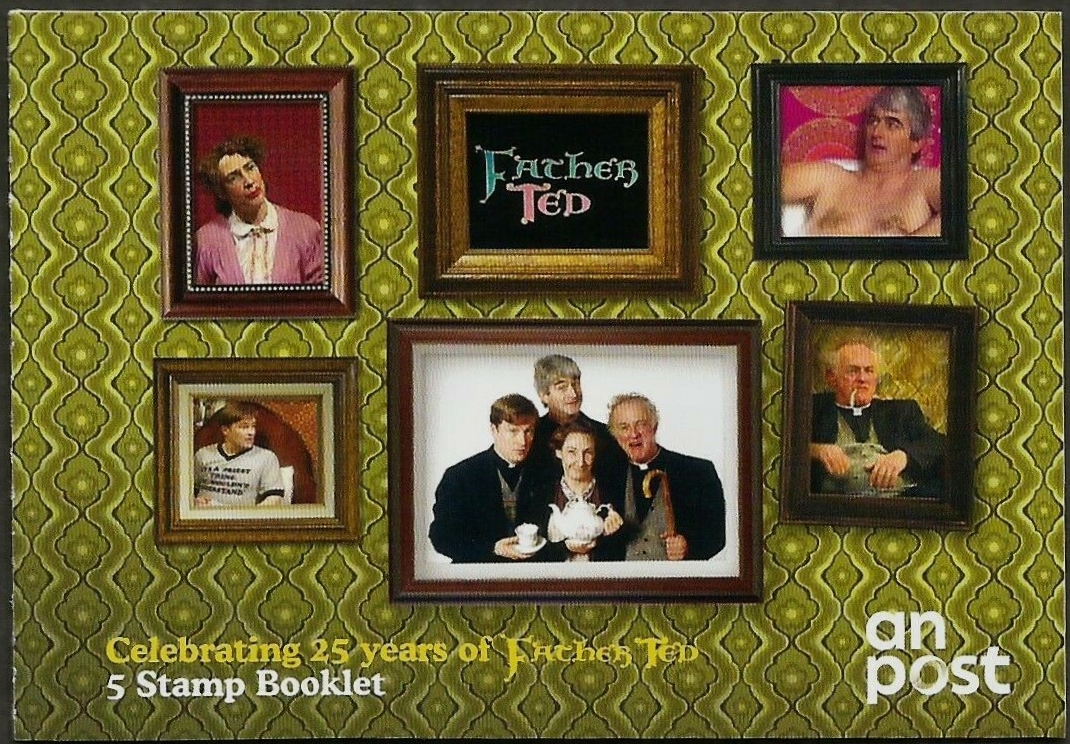 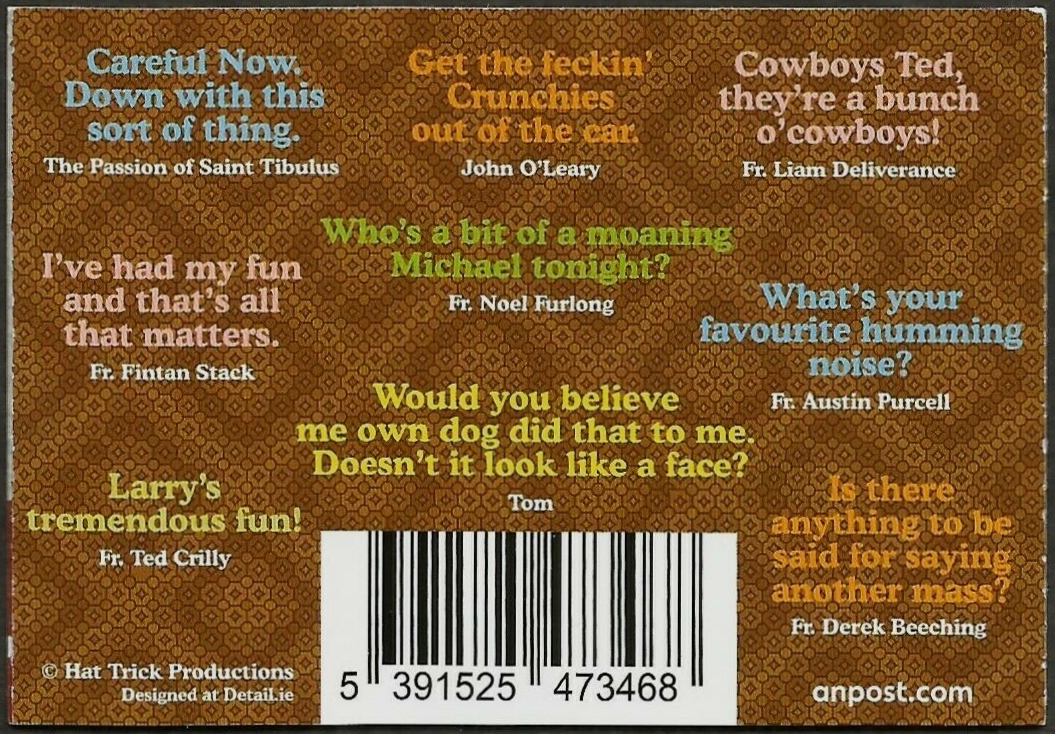 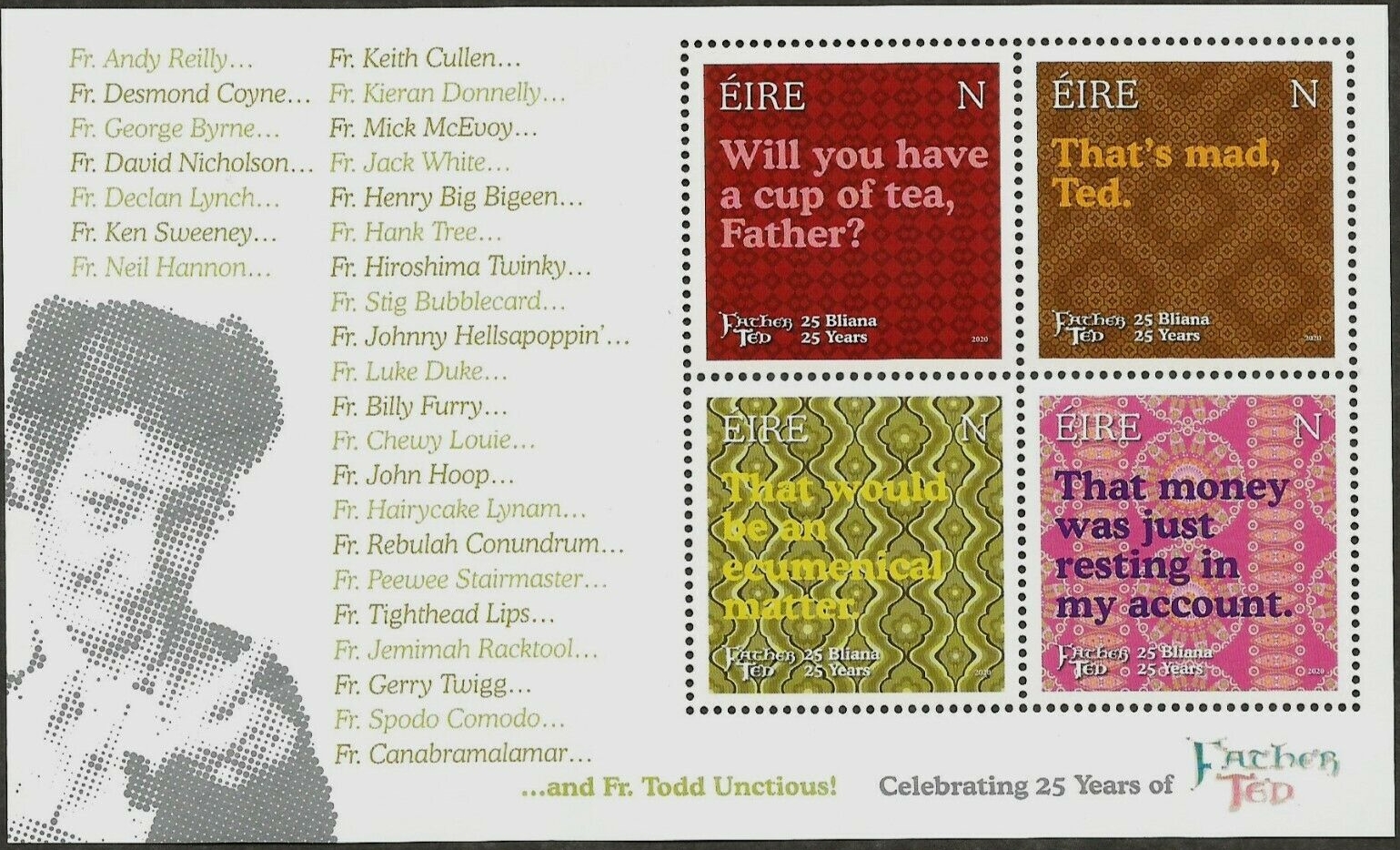 The stamps feature iconic one- liners now linked to each of the four main characters: “That’s mad, Ted” (Fr Dougal);  “That would be an ecumenical matter” (Fr Jack)
“Will you have a cup of tea Father?”  (Mrs Doyle) and the now infamous “That money was just resting in my account” (Fr Ted).

Retro wallpaper in the background of each stamp matches the different rooms in the Craggy Island Parochial House.

The specially designed stamp booklet (€5.70) by Dublin’s Detail Design Studio contains five stamps celebrating the characters, their famed catchphrases and the world created by Father Ted. Four €1 N rate stamps cover postage in Ireland (including Craggy Island), with a €1.70 ‘W’ rate stamp for postage worldwide. Stamps, a souvenir envelope and other collectibles are available online at www.anpost.com/shop and in selected post offices nationwide.

We’re having some fun with this one, and that’s all that matters!
A handful of scenes, catchphrases and characters are forever fused on the public psyche.   In a recent An Post survey, customers had some fun sharing their favourite Father Ted moments:

Humour is the best medicine right now
Julie Gill, Marketing Director at An Post welcomed the injection of fun which the stamps are bringing to customers: “We are creating a laugh out loud moment with these colourful stamps, while marking 25 Years of Father Ted and remembering those members of the cast and crew who are no longer with us.  Right now, the power of fun and of laughter is to be celebrated.  A set of ‘lovely stamps’ for Father Ted is a good dose of humour and we want customers to join in the fun by sending laughs with these great new Irish stamps.”

“It doesn’t matter what day it is Father, there’s always time for a nice cup of tea.”
Fr. Ted cast member, actor and author Pauline McLynn welcomed the new stamps: “I’m delighted with the recognition Father Ted is receiving through these gorgeous stamps from An Post.  The stamps are comical, colourful and capture the humour of Father Ted, which all of us knew was so special at the time, irreverent, farcical and fun! The legacy of the show and everyone involved with it lives on with Father Ted’s ongoing success and influence on language, on comedy writing and on generations of fans.”

Get your Father Ted stamps here. 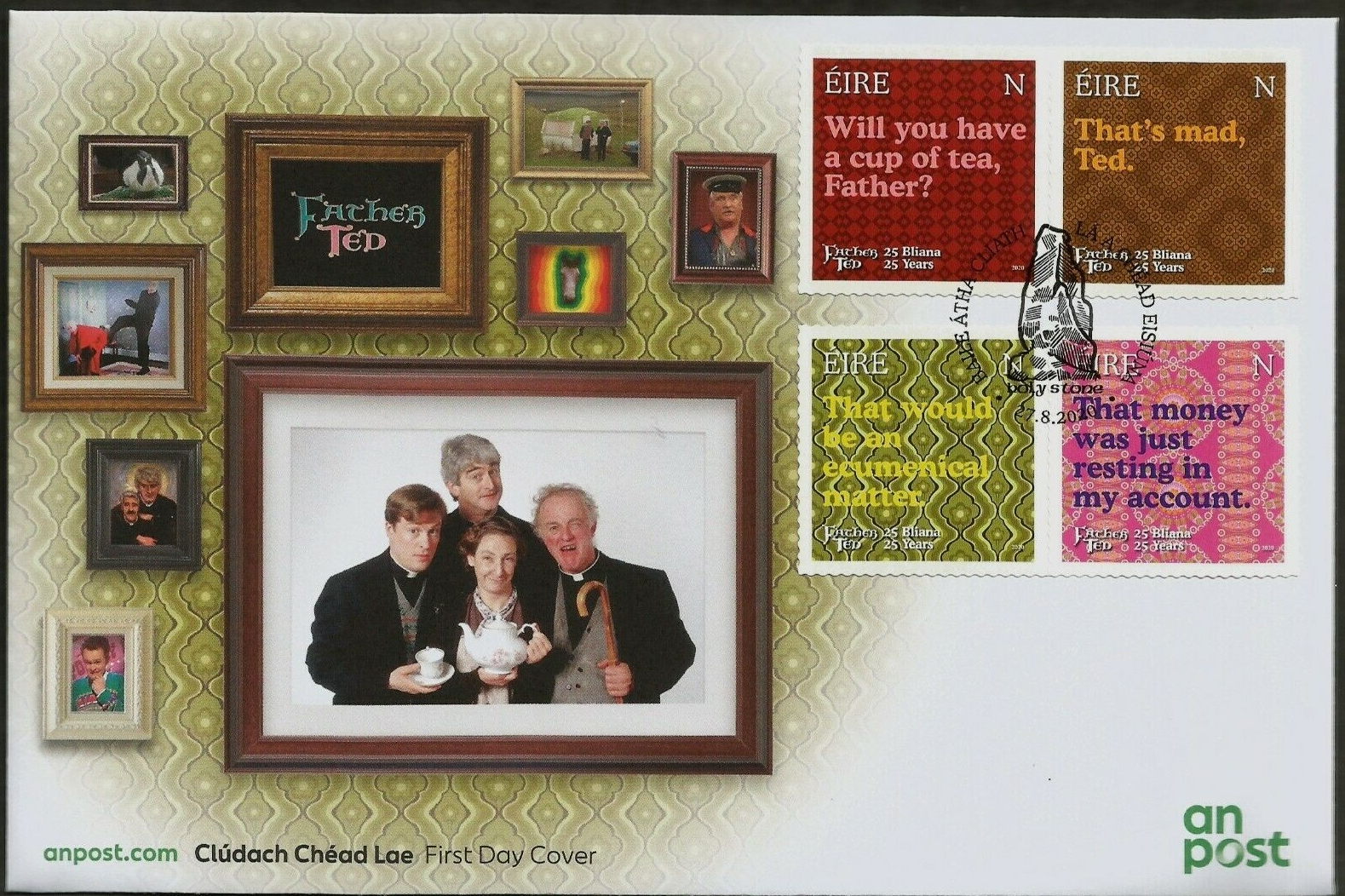 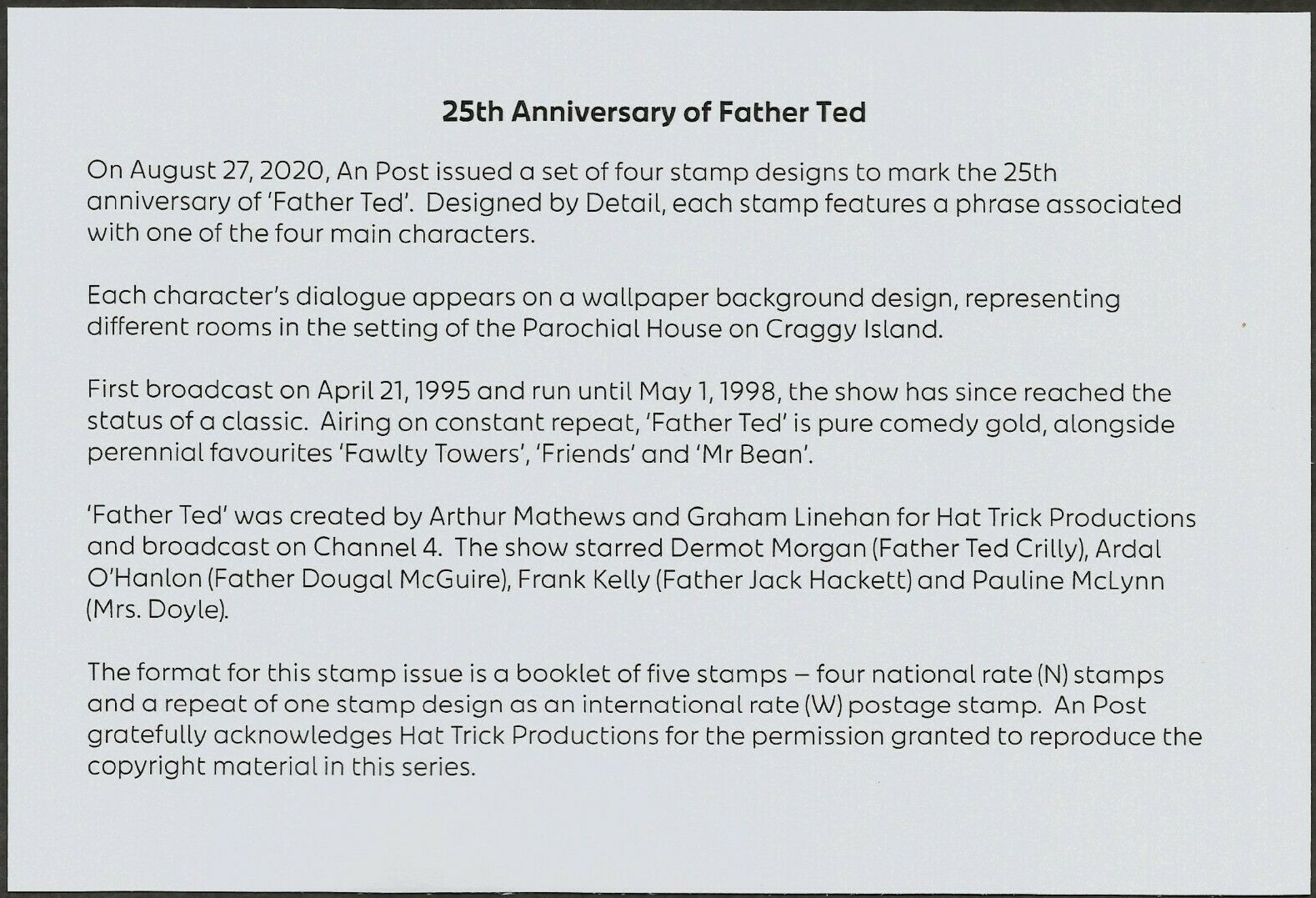 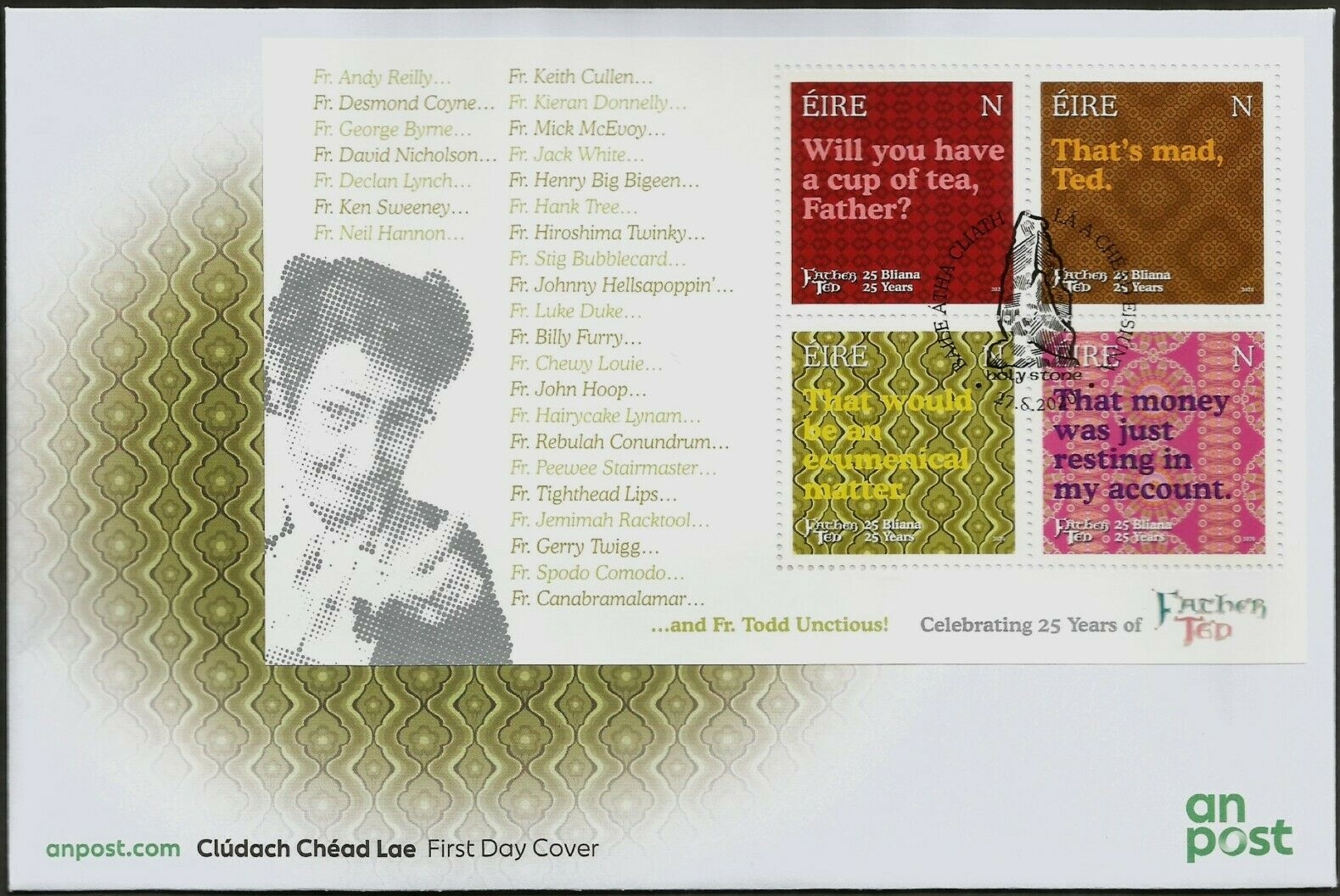 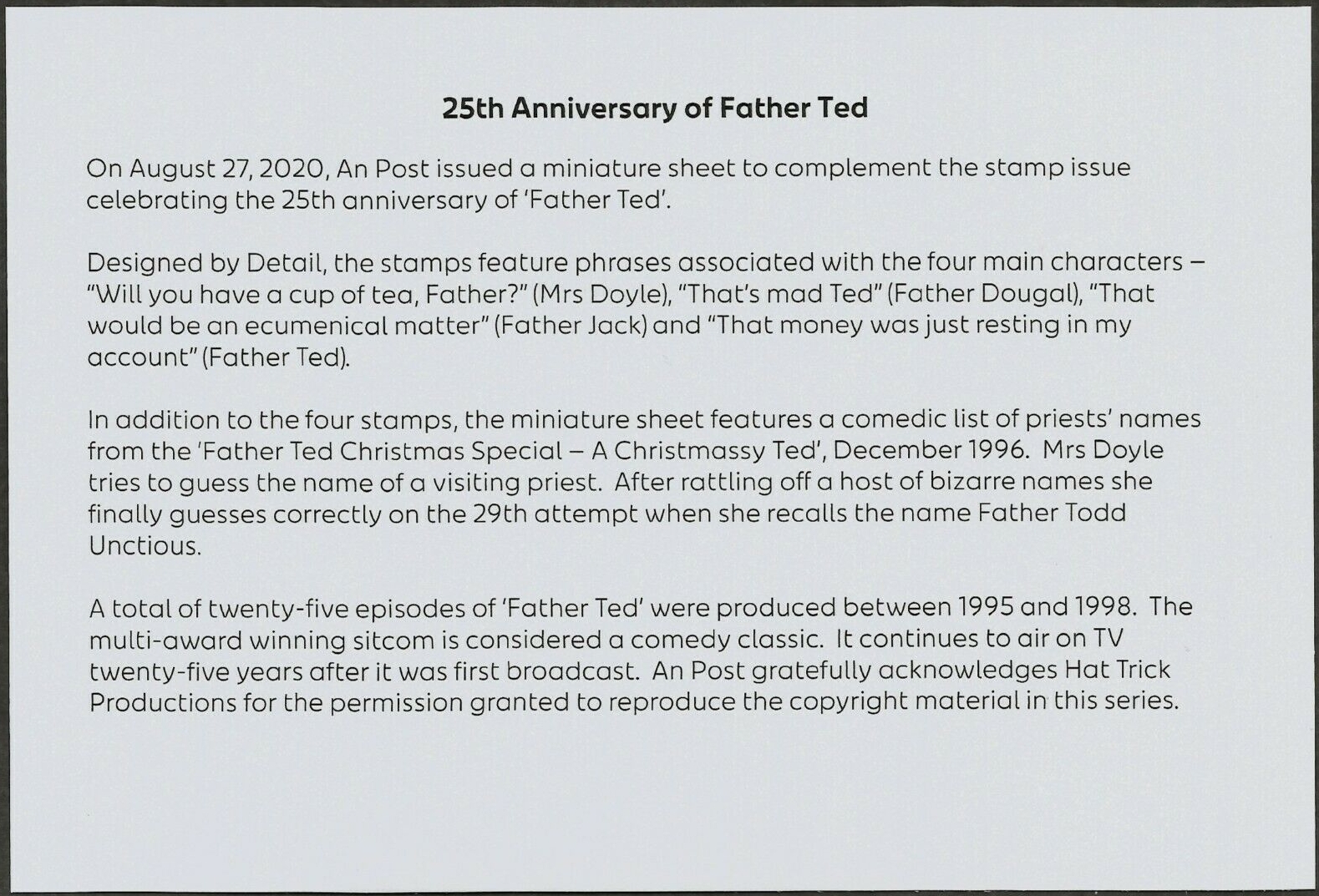