Original release date scheduled for 16 May 2020.

Each year, postal administrations across Europe produce stamps to a central theme bearing the Europa logo and the theme for 2020 is Ancient Postal Routes.

On July 16, 2020, An Post issued on the theme of ‘Ancient Postal Routes’ as its contribution to European Post Offices (PostEurop) annual pan-European EUROPA philatelic project.

Designed by Red&Grey, the stamps and FDC are based on illustrations by Orlagh Murphy. Taking inspiration from religious art, using a quadriptych (four quadrant layout), the stamps tell the journey of a letter from the letter writer to the receiver during the Middle Ages. 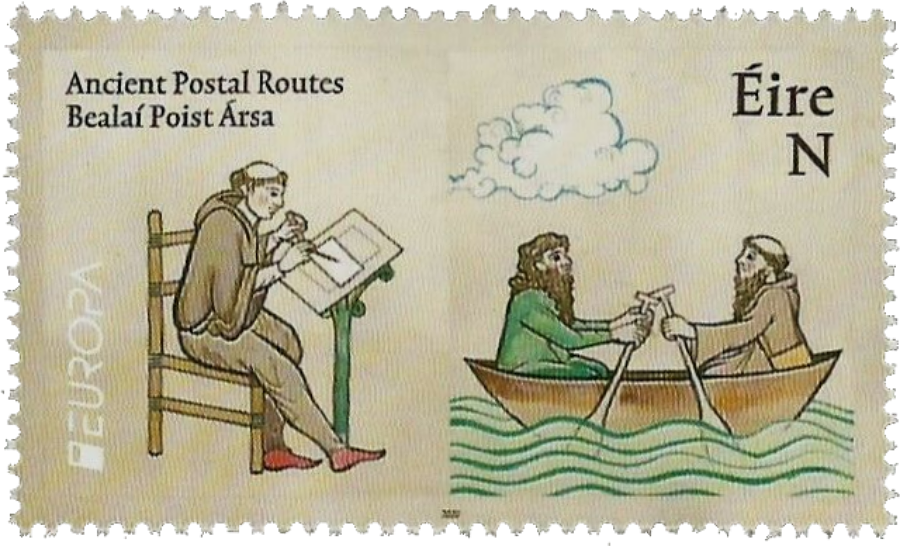 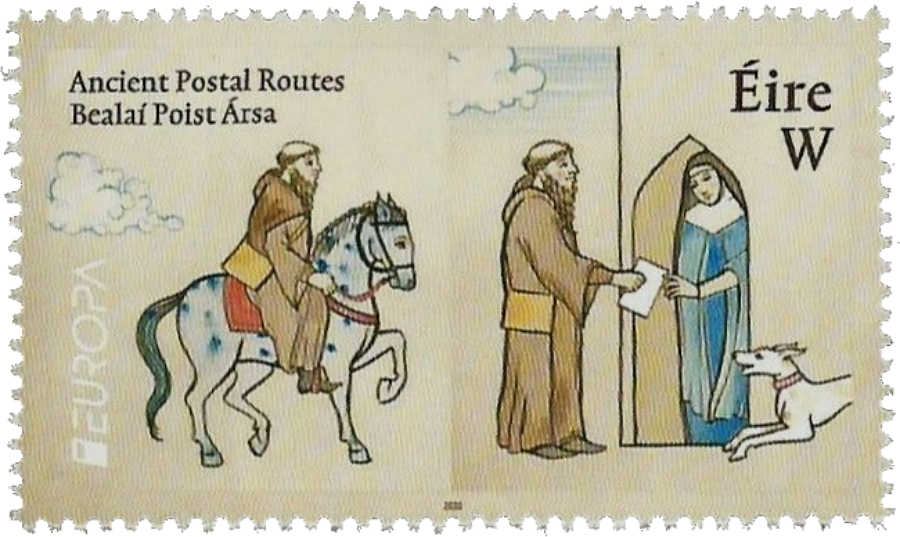 Inspired by an archival drawing, Orlagh Murphy’s illustration on the FDC depicts a map of the European travel route of Giraldus Cambrensis (c. 1146 – c. 1223). The route shows how he travelled from Dublin to Rome via Paris.

Giraldus Cambrensis was a prolific writer and and influential figure in the twelfth century Renaissance, a period of social, political and economic transformation of Europe. He wrote “Topographia Hiberniae” as an account of the landscape and people of Ireland, circa 1188. 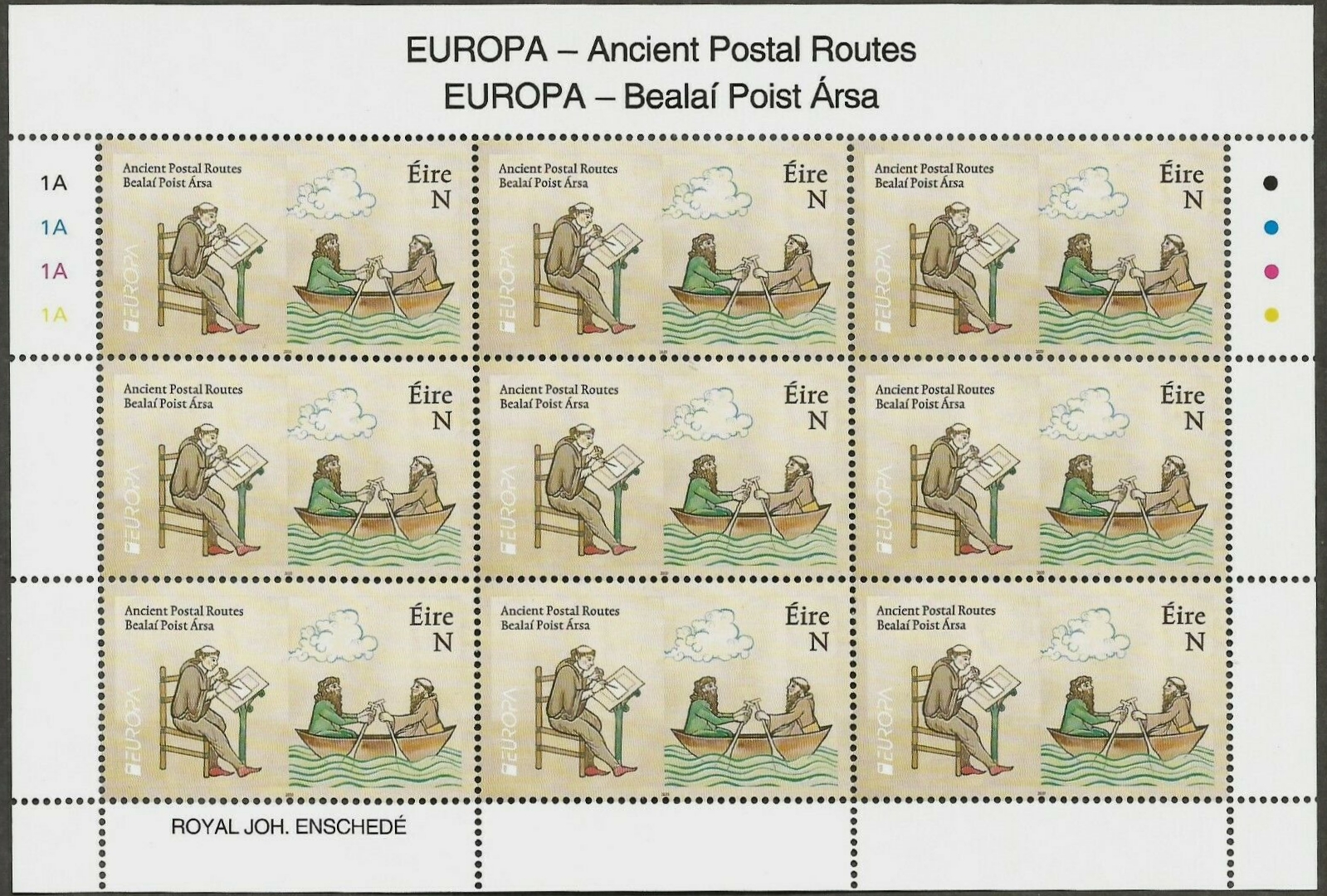 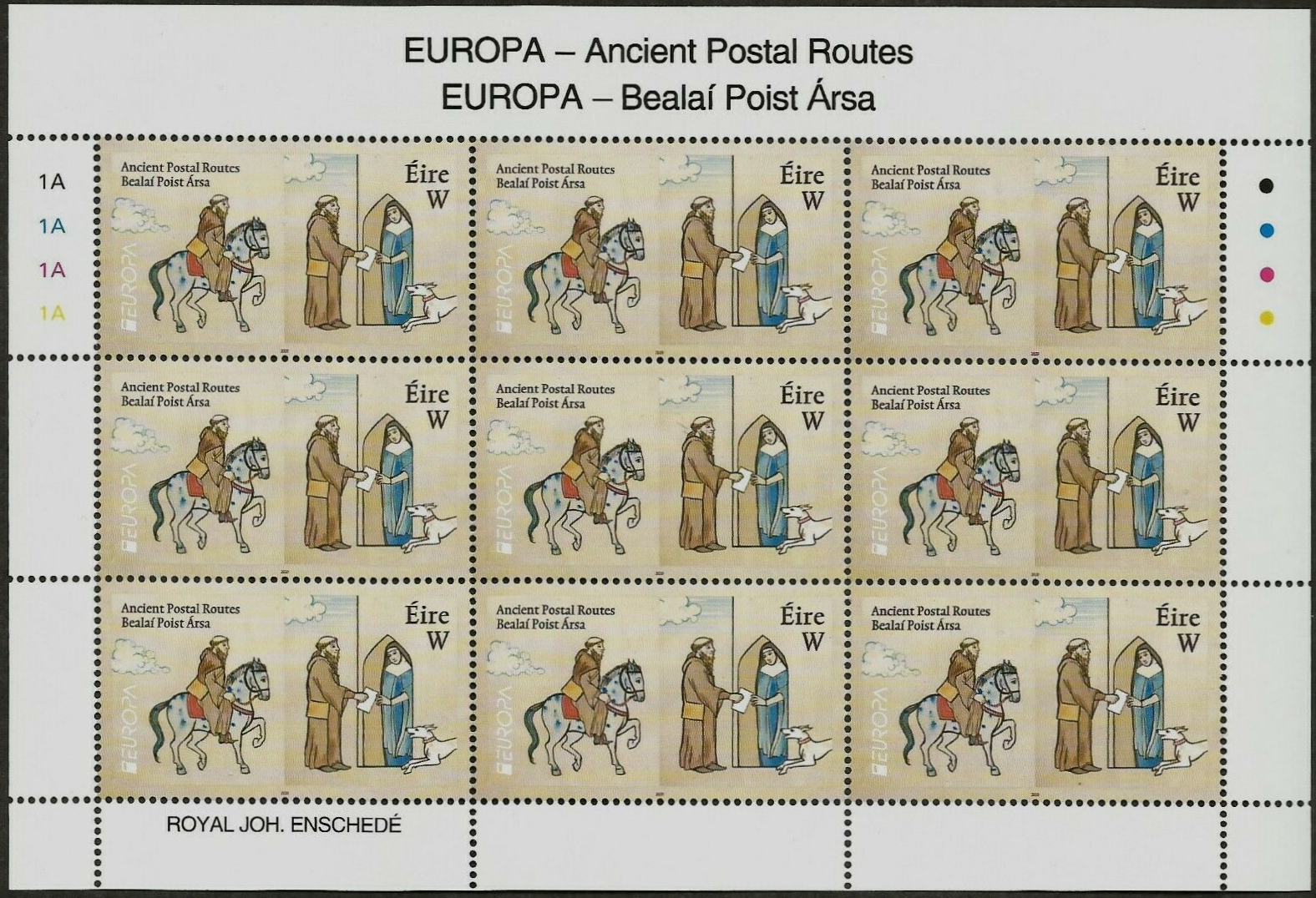 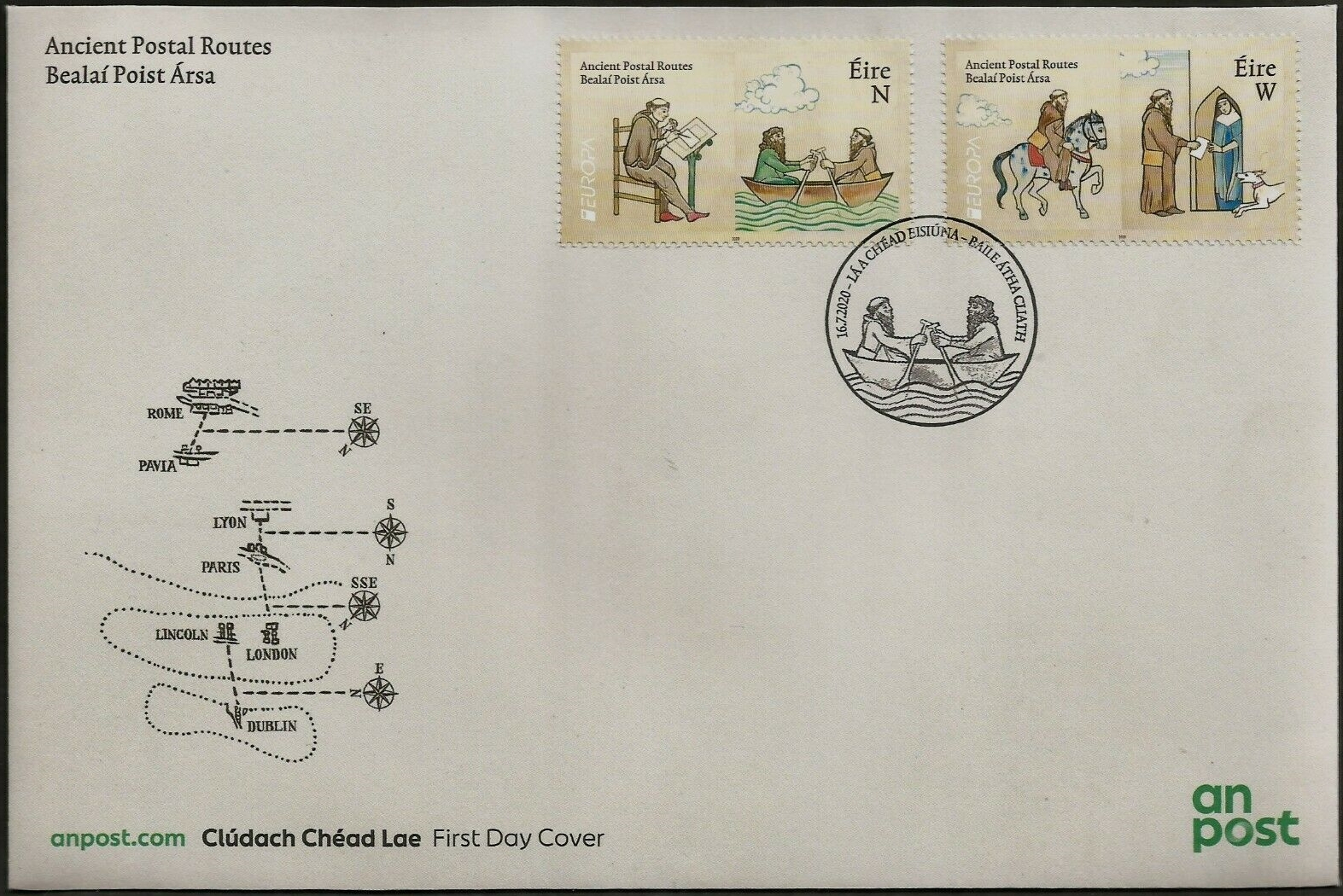 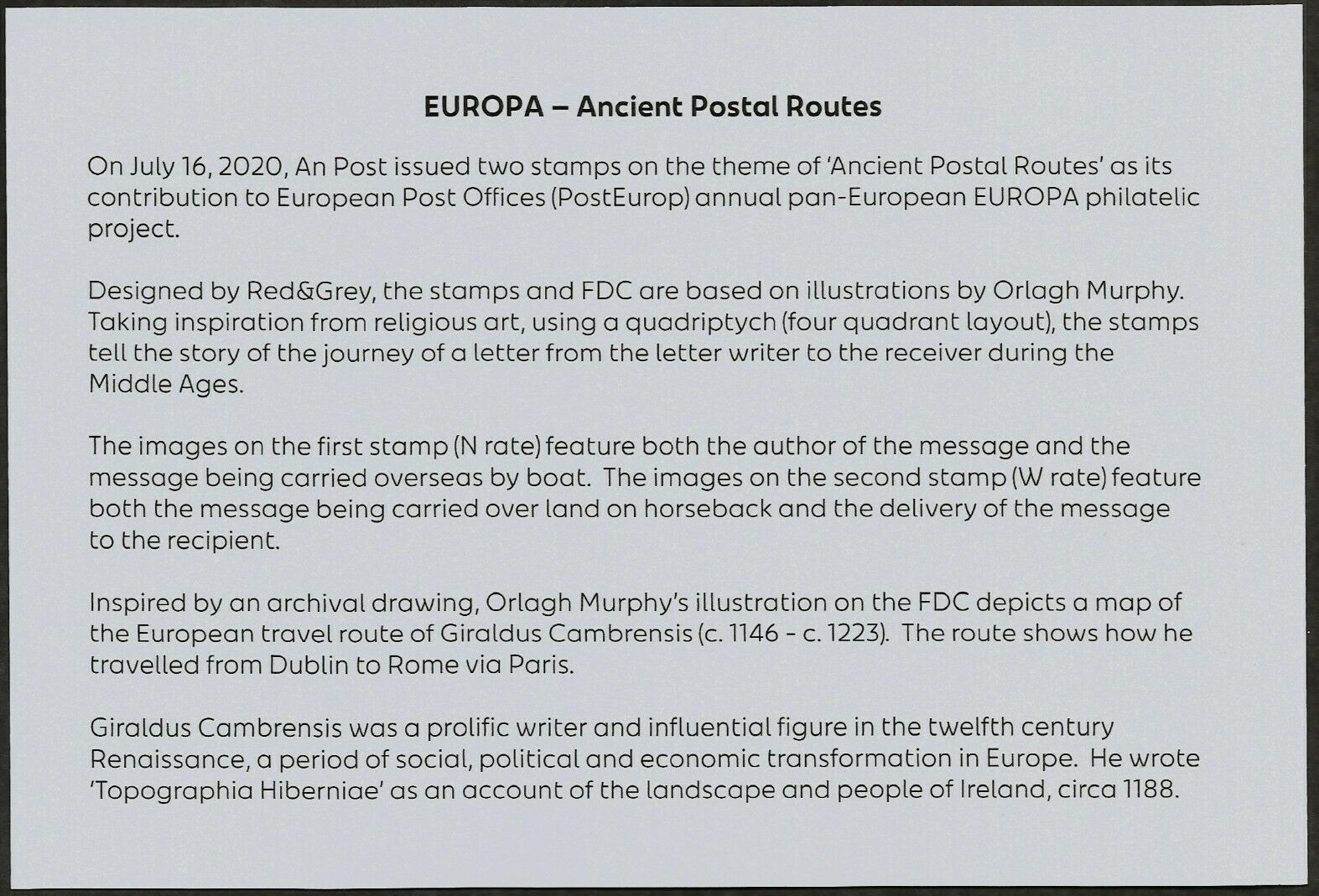