Norfolk Island lies some 1,400 kilometres off the New South Wales coast, in the Pacific Ocean. It is a small island territory, with a landmass of just 34.6 square kilometres, dotted with spectacular reefs and beaches.

This stamp issue features two rarely encountered fish species that occupy the open ocean around Norfolk, as well as temperate and subtropical waters elsewhere. The stamps are illustrated by Queensland-based marine scientist and artist Dr Lindsay Marshall. Included in each illustration is a graphic device to convey the relative size of these unusual ocean giants. 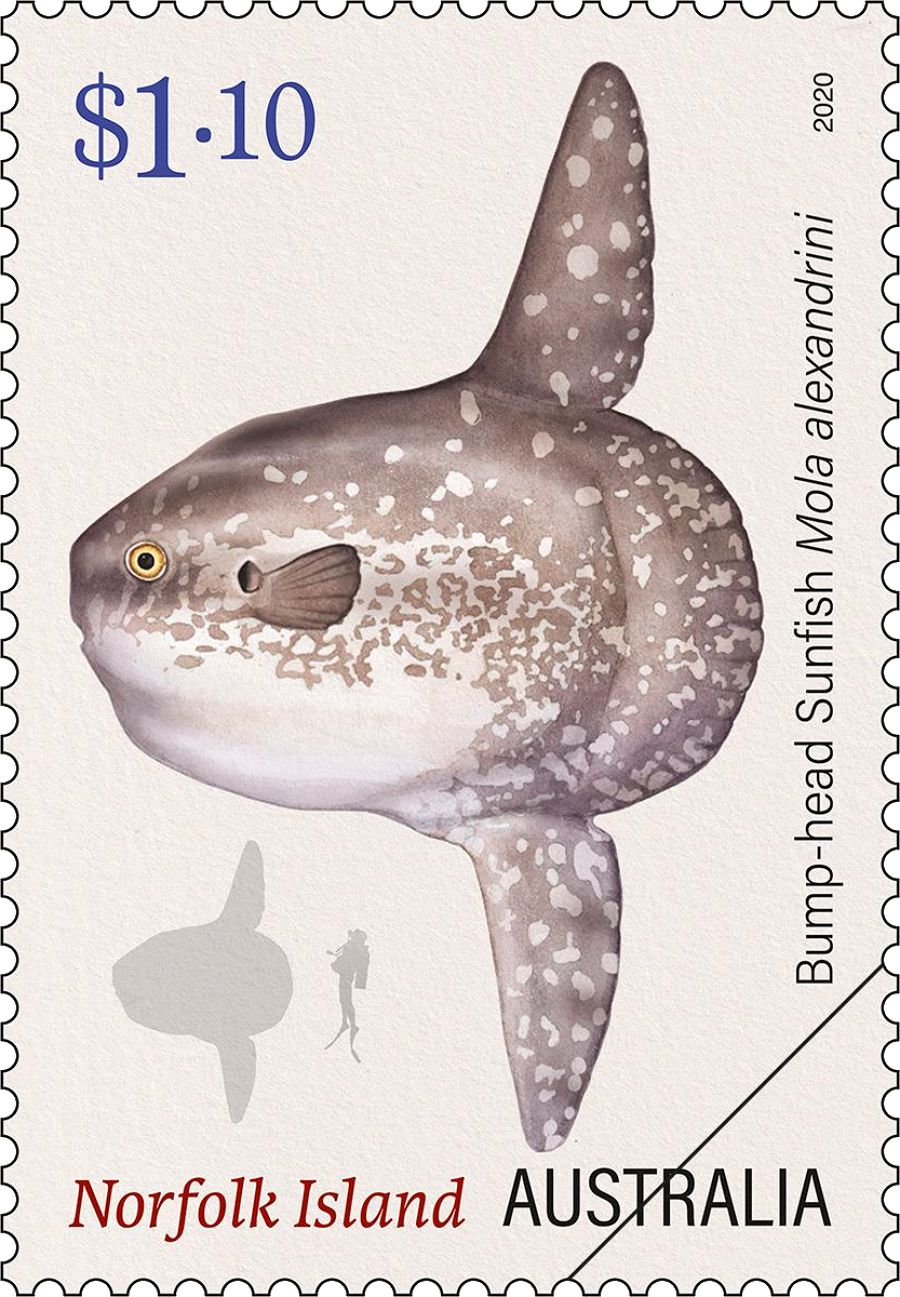 The Bump-head Sunfish (also known as the Southern Ocean Sunfish) inhabits oceanic waters worldwide, but not polar waters. While it can be found to depths of 5,000 metres, it occasionally ventures into shallow waters. Individuals are sometimes seen near the water’s surface, basking in the sun after periods at colder depths. This disc-like marine giant has a deep body that can grow to as large as 3.3 metres in diameter, with grey to reddish fins that are set back on its form. It is grey to reddish-brown on its upper areas, fading to a dusky pale colour below, and has pale blotches of varying size across its body. As its name suggests, it has a distinctive bump on its head, as well as a bump beneath its parrot-like mouth. 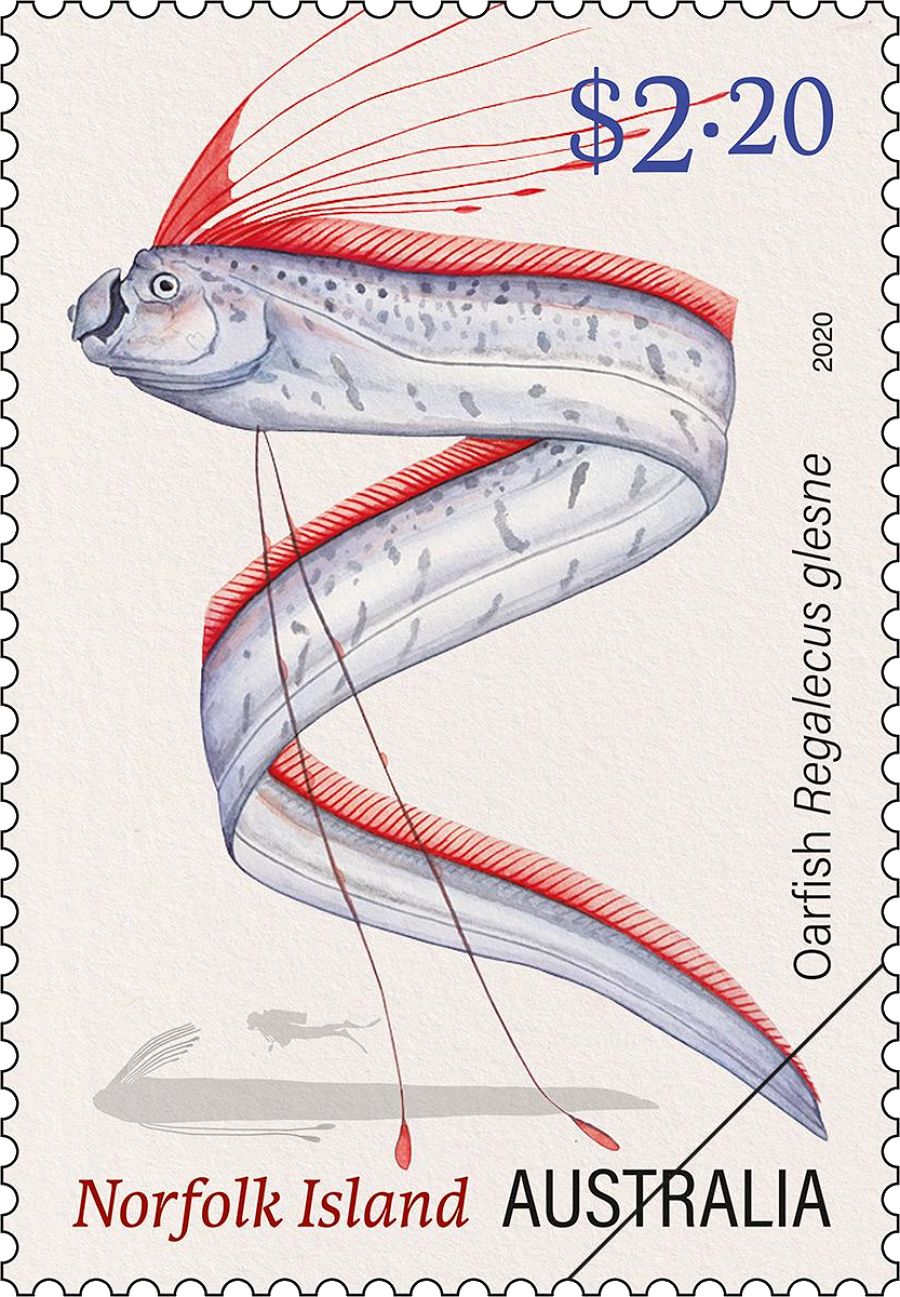 The Oarfish is so named because of its long pelvic fins, which resemble oars. It occurs in the upper regions of in tropical and temperate ocean waters worldwide, to a depth of around 1,000 metres. It can grow to 11 metres and is the world’s longest bony fish species. This extraordinary-looking ribbon-like fish is thought to have possibly inspired the “sea serpent” tales of old. Rather than having scales, the Oarfish features tubercles and a fragile coating called guanine. Dark blotches and wavy markings feature on its silver to silvery-blue body. It has pink to red fins, and a dorsal fin that runs the considerable length of its spine.

Gutter Strips from Full Sheets of 50: 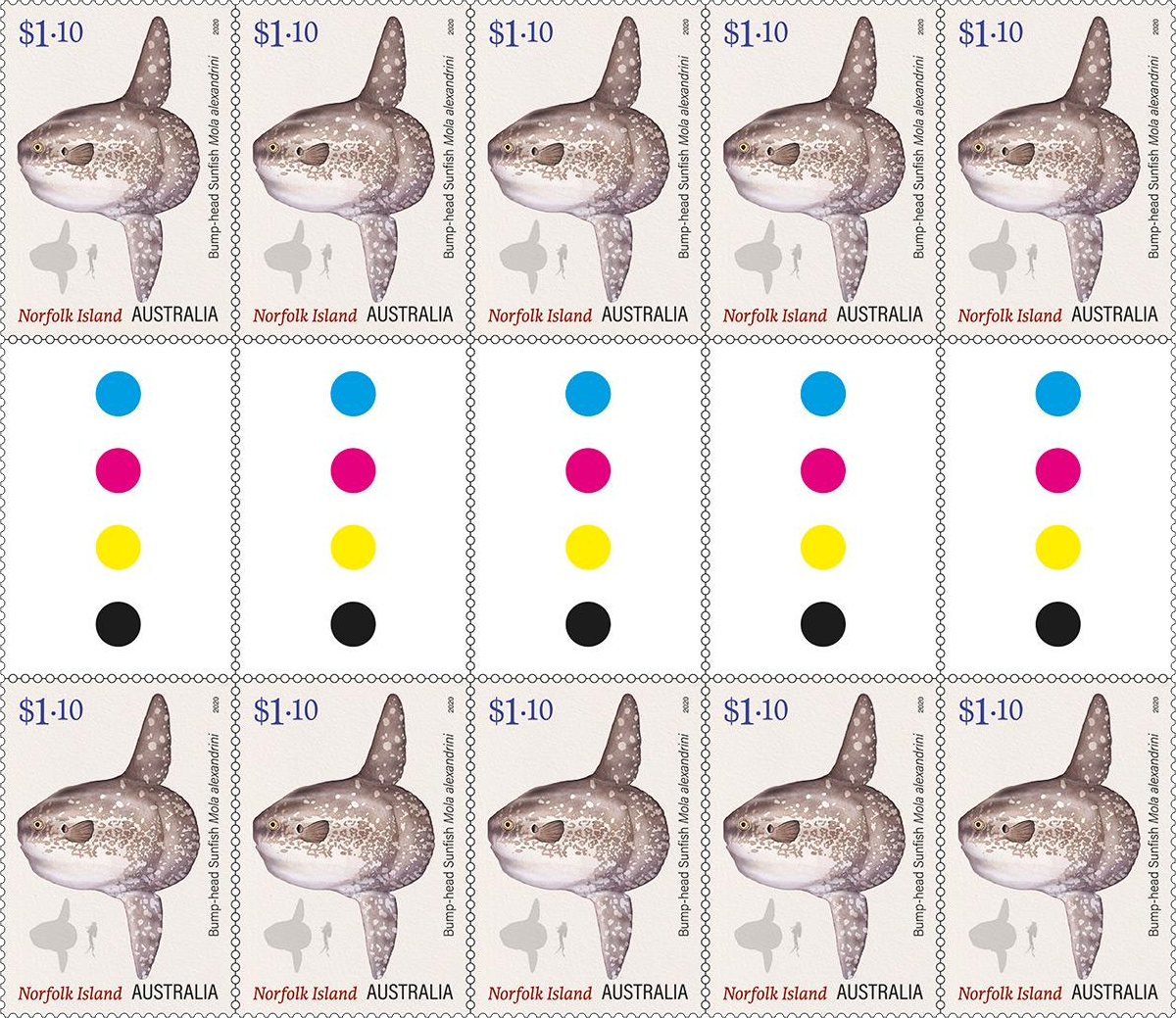 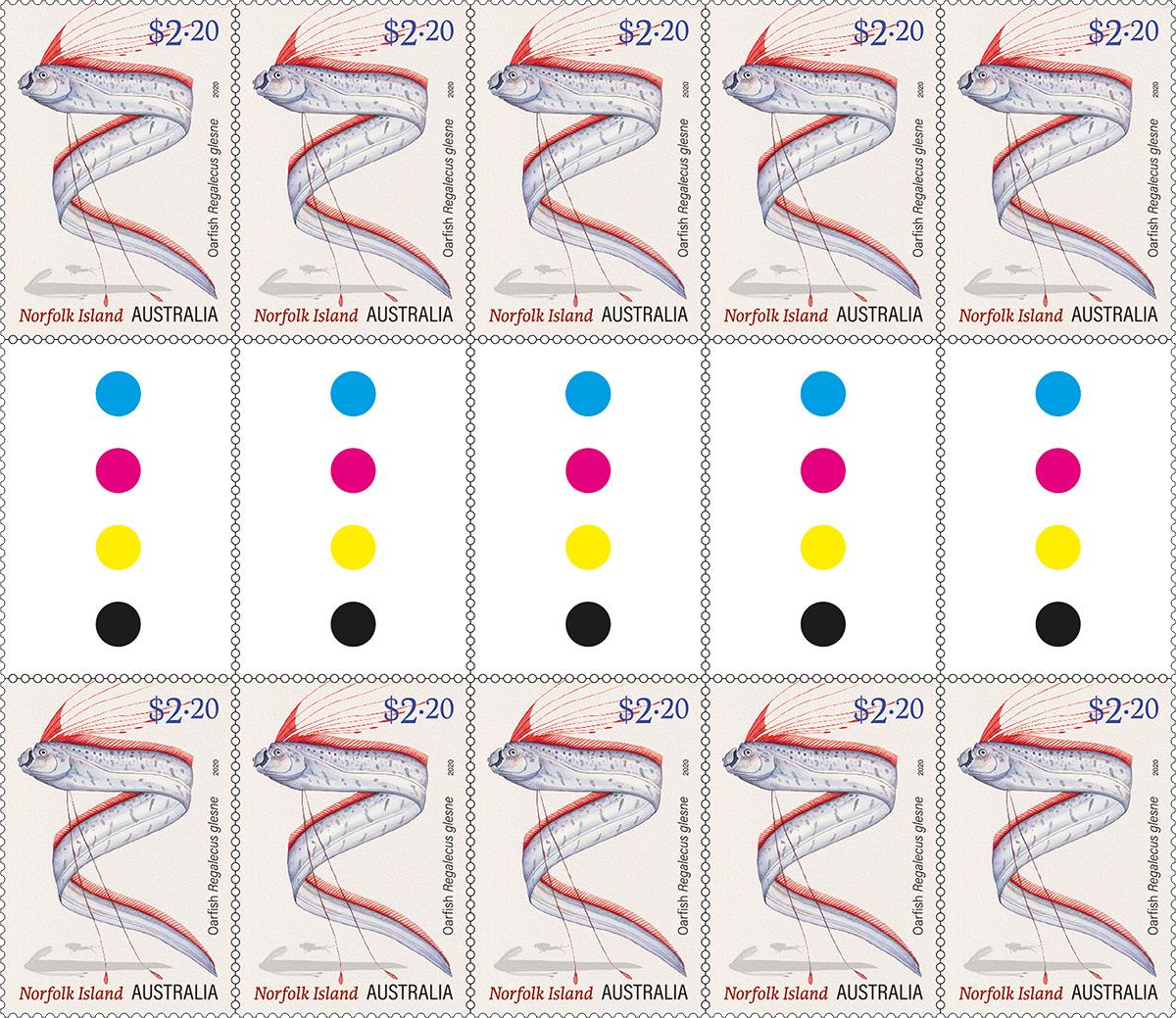 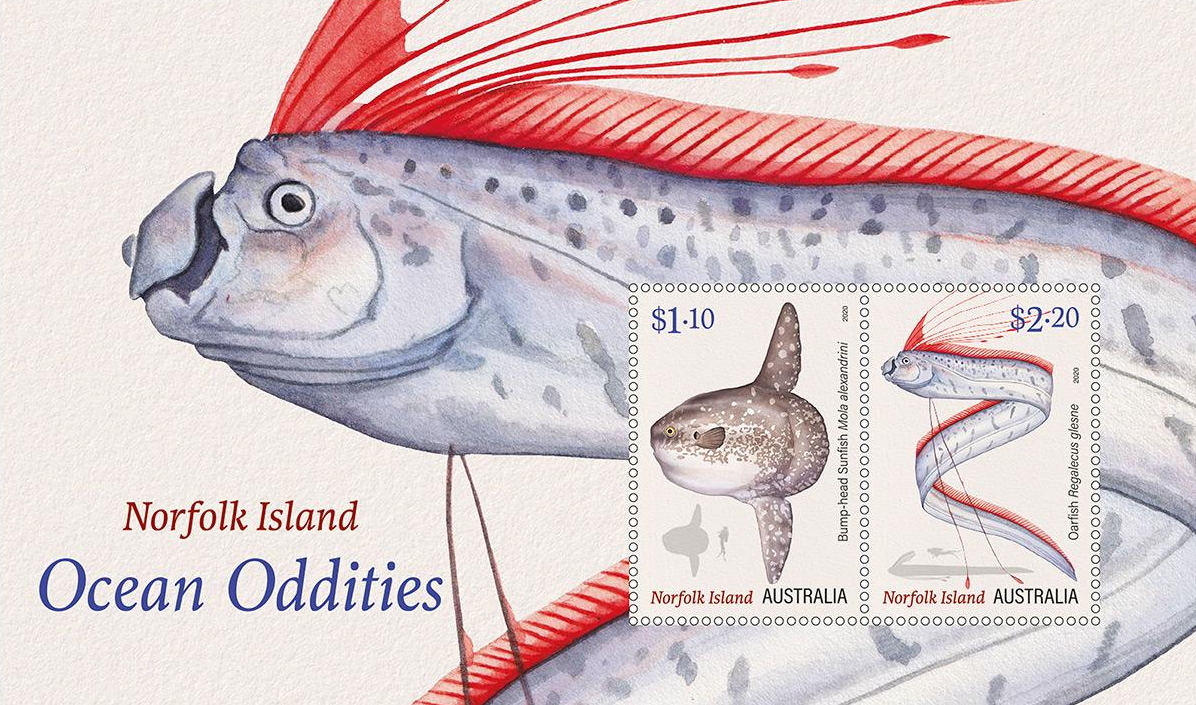 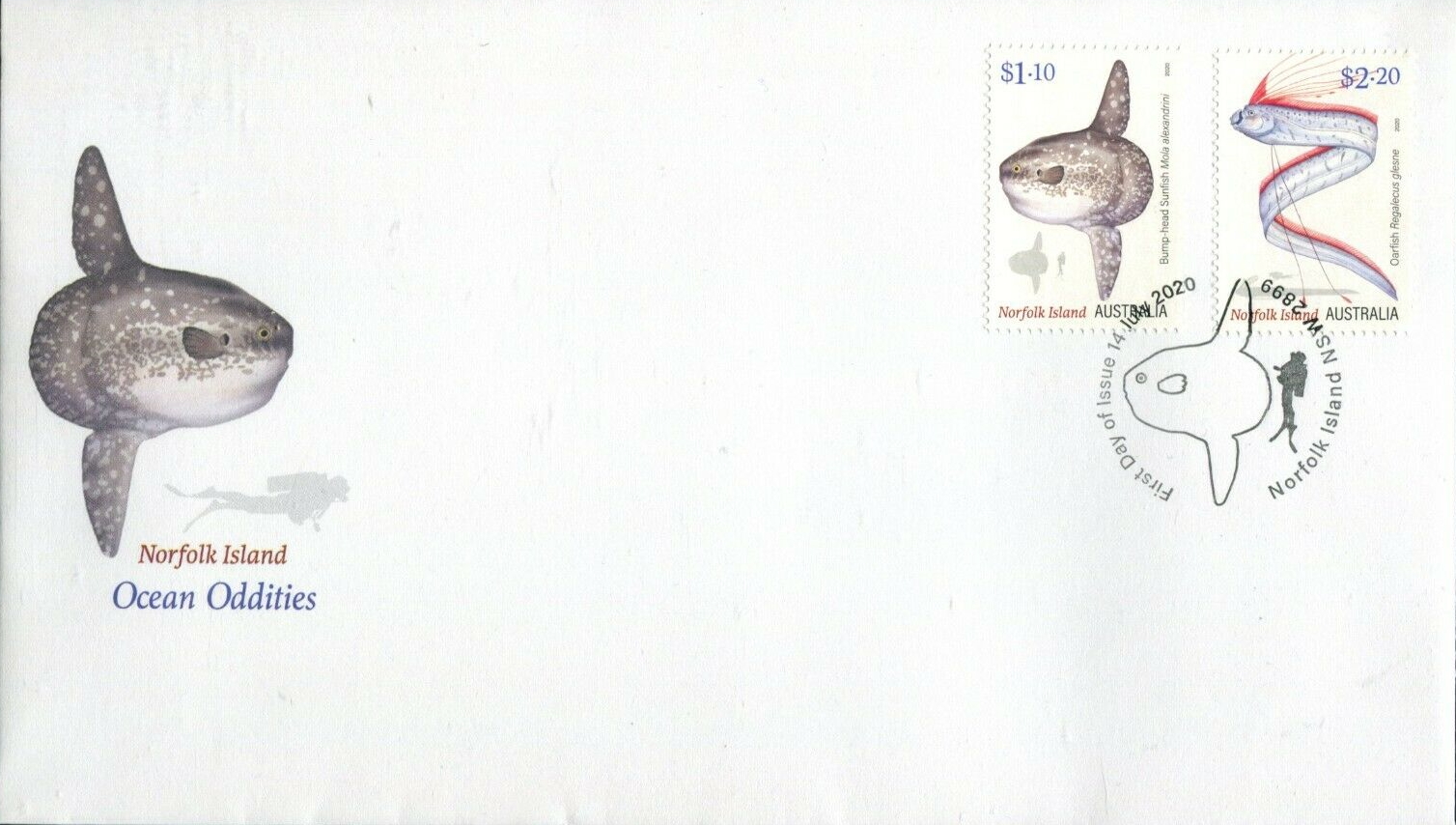 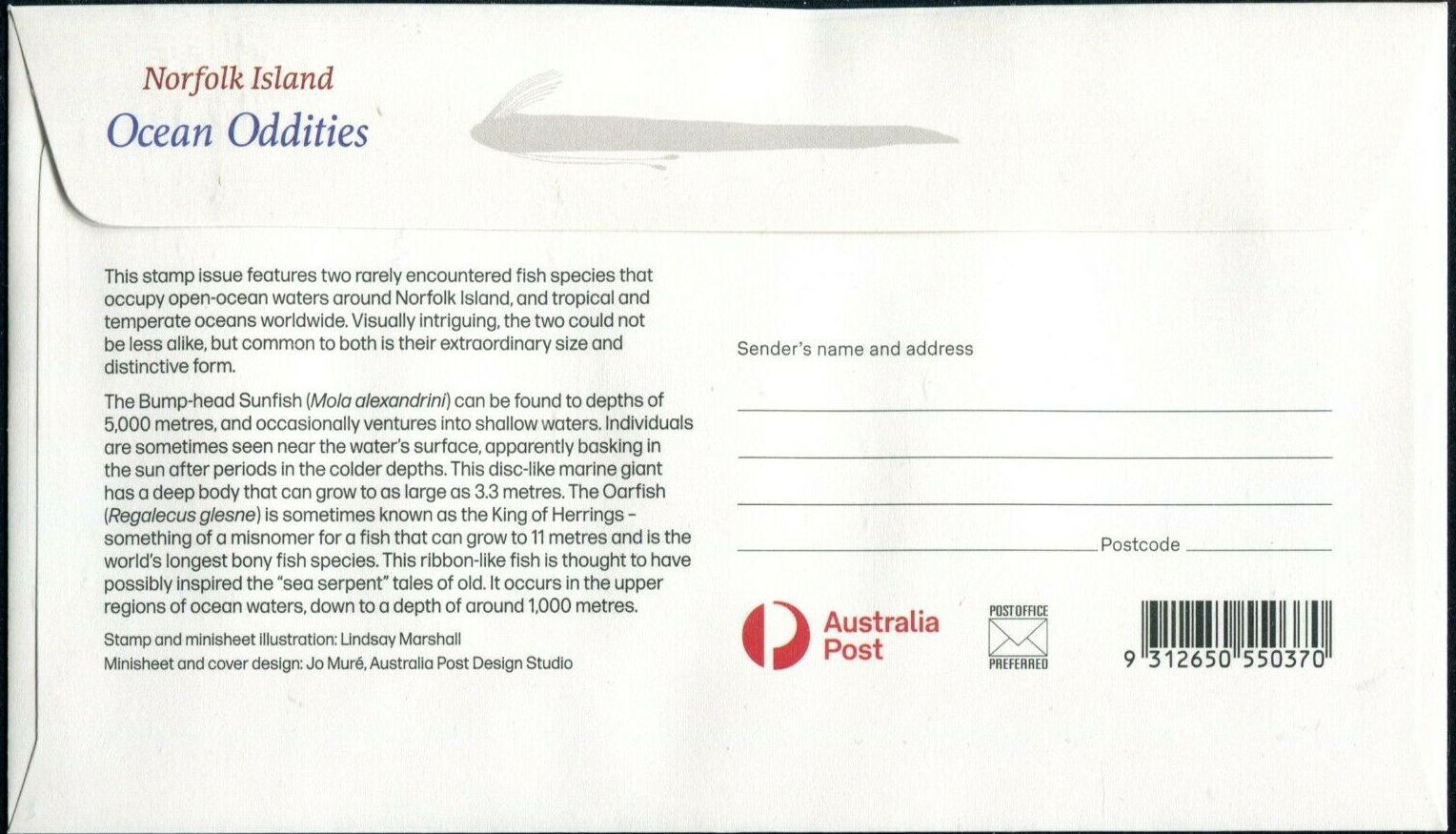 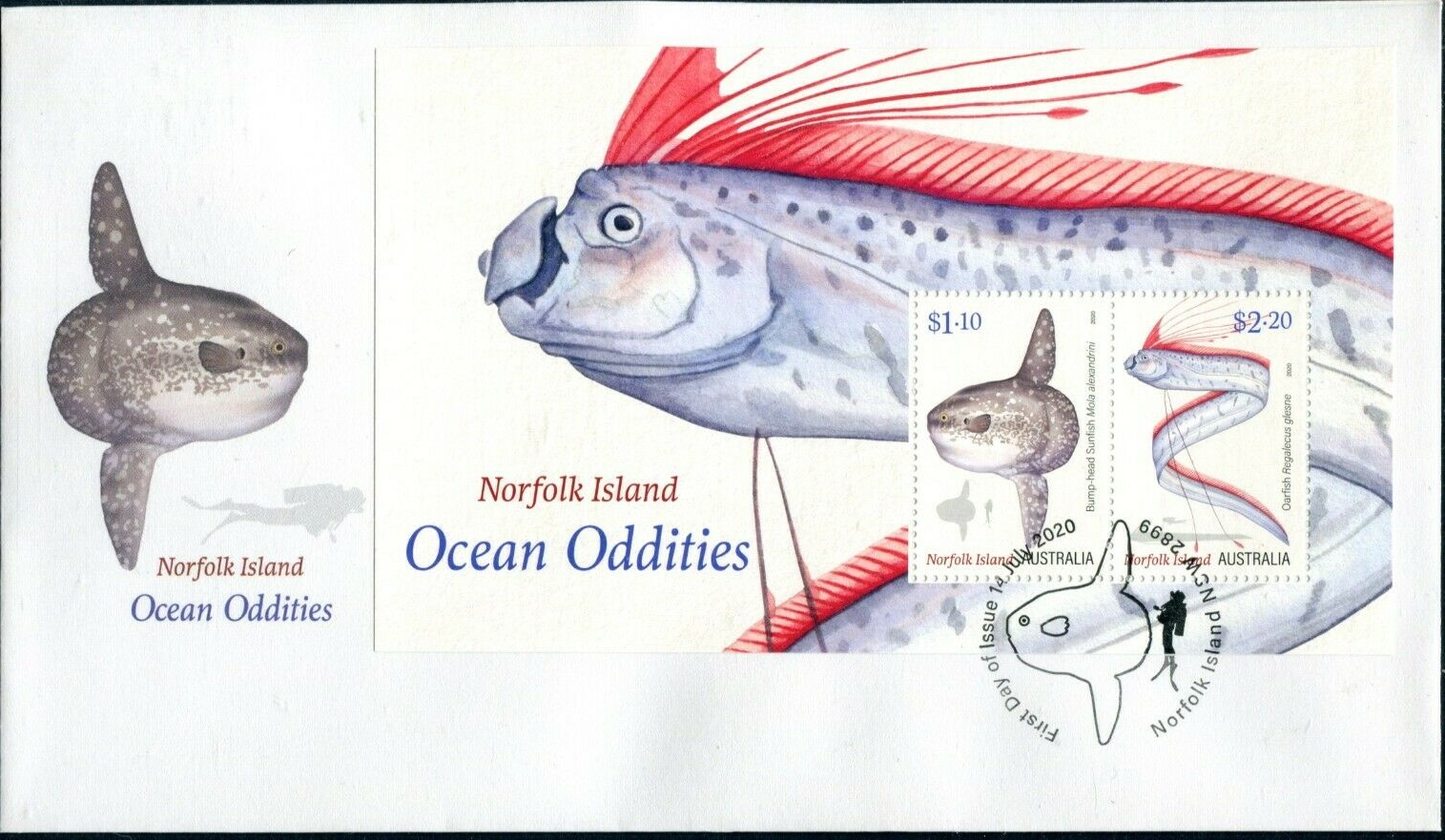