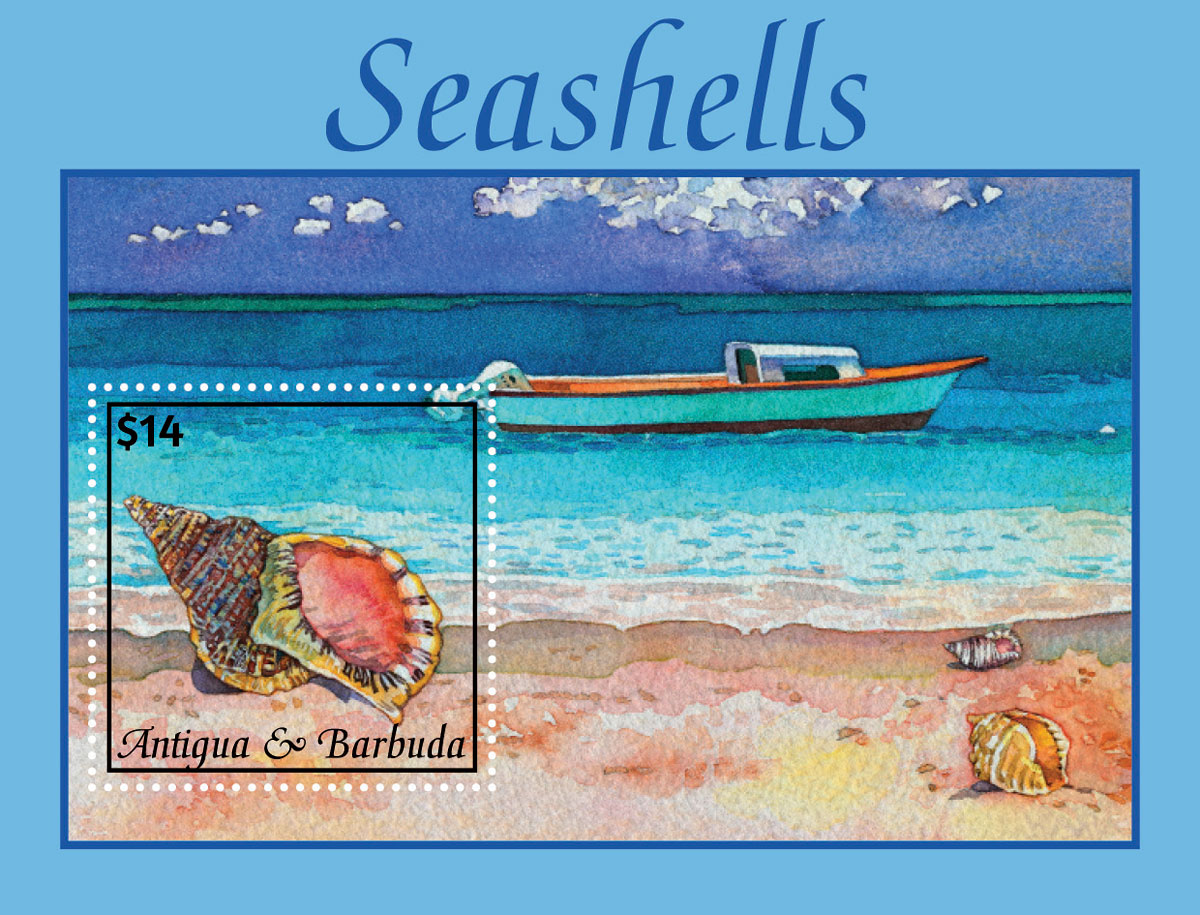 A seashell or sea shell, also known simply as a shell, is a hard, protective outer layer created by an animal that lives in the sea. The shell is part of the body of the animal. Empty seashells are often found washed up on beaches by beachcombers. The shells are empty because the animal has died and the soft parts have been eaten by another animal or have decomposed.

A seashell is usually the exoskeleton of an invertebrate (an animal without a backbone), and is typically composed of calcium carbonate or chitin. Most shells that are found on beaches are the shells of marine mollusks, partly because these shells are usually made of calcium carbonate, and endure better than shells made of chitin.

Apart from mollusk shells, other shells that can be found on beaches are those of barnacles, horseshoe crabs and brachiopods. Marine annelid worms in the family Serpulidae create shells which are tubes made of calcium carbonate cemented onto other surfaces. The shells of sea urchins are called “tests”, and the moulted shells of crabs and lobsters are exuviae. While most seashells are external, some cephalopods have internal shells.

Seashells have been used by humans for many different purposes throughout history and pre-history. However, seashells are not the only kind of shells; in various habitats, there are shells from freshwater animals such as freshwater mussels and freshwater snails, and shells of land snails.

When the word “seashells” refers only to the shells of marine mollusks, then studying seashells is part of conchology. Conchologists or serious collectors who have a scientific bias are in general careful not to disturb living populations and habitats: even though they may collect a few live animals, most responsible collectors do not often over-collect or otherwise disturb ecosystems.

The study of the entire molluscan animal (as well as the shell) is known as malacology; a person who studies mollusks is known as a malacologist.

Seashells are commonly found in beach drift, which is natural detritus deposited along strandlines on beaches by the waves and the tides. Shells are very often washed up onto a beach empty and clean, the animal having already died.

Empty seashells are often picked up by beachcombers. However, the majority of seashells which are offered for sale commercially have been collected alive (often in bulk) and then killed and cleaned, specifically for the commercial trade.[1] This type of large-scale exploitation can sometimes have a strong negative impact on local ecosystems, and sometimes can significantly reduce the distribution of rare species.