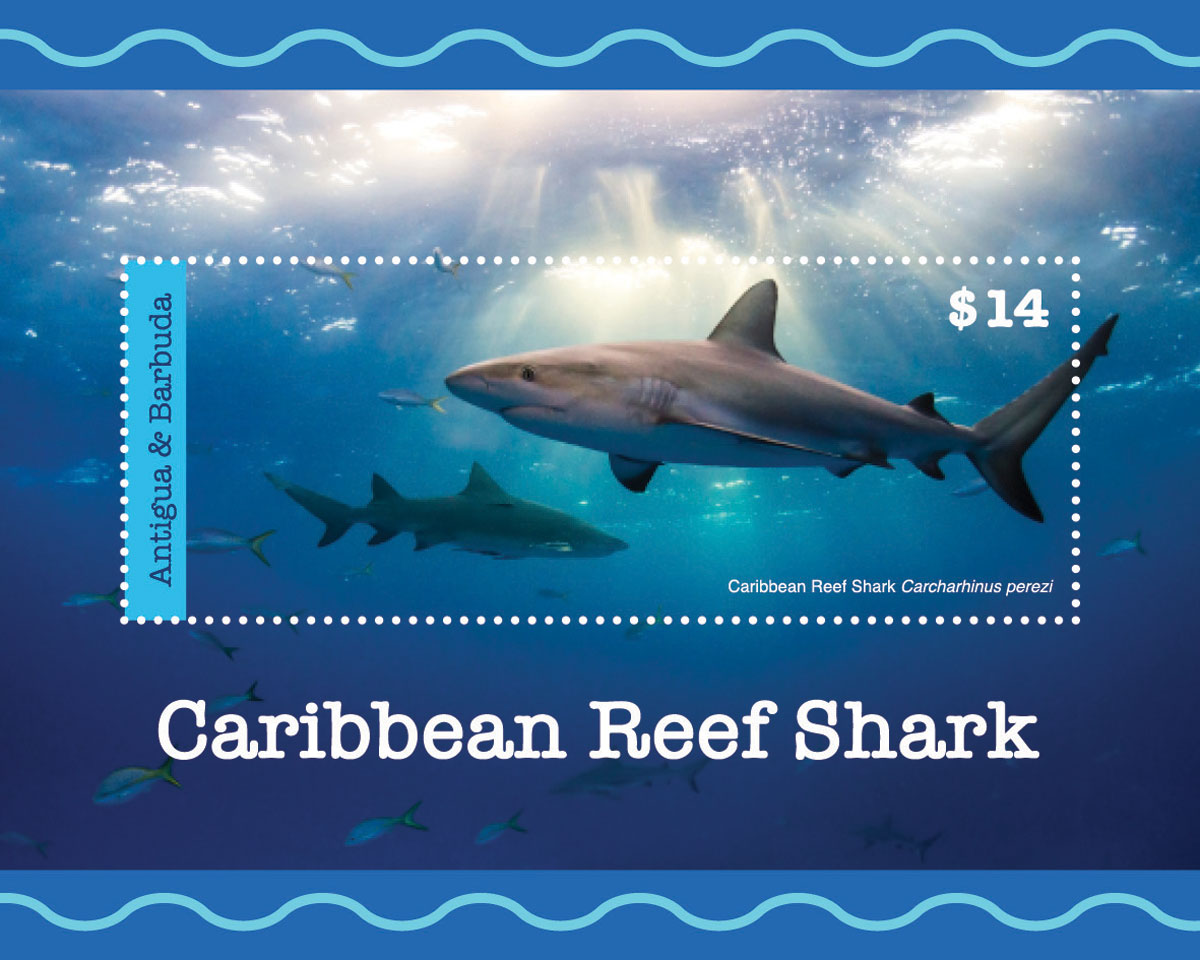 The Caribbean reef shark (Carcharhinus perezi) is a species of requiem shark, belonging to the family Carcharhinidae. It is found in the tropical waters of the western Atlantic Ocean from Florida to Brazil, and is the most commonly encountered reef shark in the Caribbean Sea. With a robust, streamlined body typical of the requiem sharks, this species is difficult to tell apart from other large members of its family such as the dusky shark (C. obscurus) and the silky shark (C. falciformis). Distinguishing characteristics include dusky-colored fins without prominent markings, a short free rear tip on the second dorsal fin, and tooth shape and number.

Measuring up to 3 m (9.8 ft) long, the Caribbean reef shark is one of the largest apex predators in the reef ecosystem, feeding on a variety of fishes and cephalopods. They have been documented resting motionless on the sea bottom or inside caves, unusual behavior for an active-swimming shark. If threatened, it may perform a threat display in which it frequently changes direction and dips its pectoral fins. Like other requiem sharks, it is viviparous with females giving birth to 4–6 young every other year. Caribbean reef sharks are of some importance to fisheries as a source of meat, leather, liver oil, and fishmeal, but recently they have become more valuable as an ecotourist attraction. In the Bahamas and elsewhere, bait is used to attract them to groups of divers in controversial “shark feedings”. This species is responsible for a small number of attacks on humans. The shark attacks usually happen in spring and summer.

The snout is rather short, broad, and rounded, without prominent flaps of skin beside the nostrils. The eyes are large and circular, with nictitating membranes (protective third eyelids). There are 11–13 tooth rows in either half of both jaws. The teeth have broad bases, serrated edges, and narrow cusps; the front 2–4 teeth on each side are erect and the others increasingly oblique. The five pairs of gill slits are moderately long, with the third gill slit over the origin of the pectoral fins. The first dorsal fin is high and falcate (sickle-shaped). There is a low interdorsal ridge running behind it to the second dorsal fin, which is relatively large with a short free rear tip. The origin of the first dorsal fin lies over or slightly forward of the free rear tips of the pectoral fins, and that of the second dorsal fin lies over or slightly forward of the anal fin. The pectoral fins are long and narrow, tapering to a point. The dermal denticles are closely spaced and overlapping, each with five (sometimes seven in large individuals) horizontal low ridges leading to marginal teeth.