ROLL ON TO ZOOM IN | VIEW LARGER 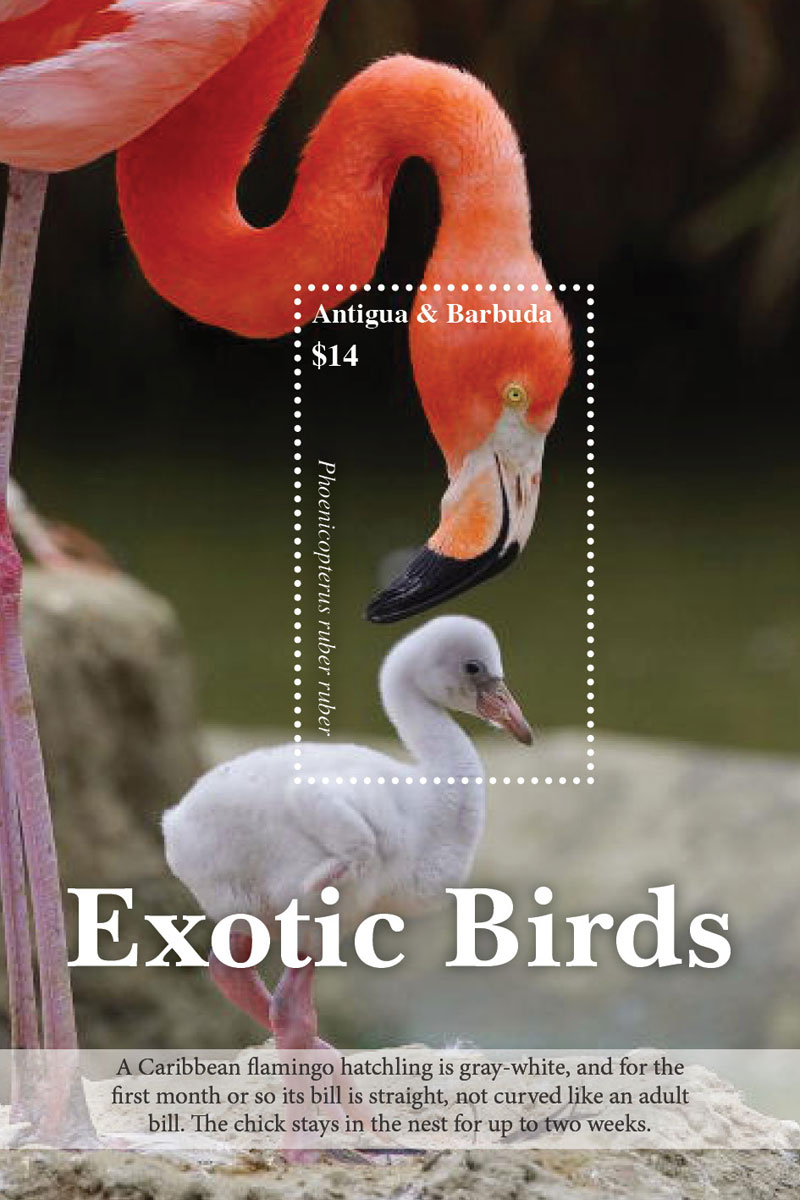 Flamingos or flamingoes are a type of wading bird in the family Phoenicopteridae, the only bird family in the order Phoenicopteriformes. Four flamingo species are distributed throughout the Americas, including the Caribbean, and two species are native to Africa, Asia, and Europe.

Flamingos usually stand on one leg while the other is tucked beneath their bodies. The reason for this behavior is not fully understood. One theory is that standing on one leg allows the birds to conserve more body heat, given that they spend a significant amount of time wading in cold water. However, the behavior also takes place in warm water and is also observed in birds that do not typically stand in water. An alternative theory is that standing on one leg reduces the energy expenditure for producing muscular effort to stand and balance on one leg. A study on cadavers showed that the one-legged pose could be held without any muscle activity, while living flamingos demonstrate substantially less body sway in a one-legged posture. As well as standing in the water, flamingos may stamp their webbed feet in the mud to stir up food from the bottom.

Flamingos are capable flyers, and flamingos in captivity often require wing clipping to prevent escape. A pair of African flamingos which had not yet had their wings clipped escaped from the Wichita, Kansas zoo in 2005. One was spotted in Texas 14 years later. It had been seen previously by birders in Texas, Wisconsin and Louisiana.

Young flamingos hatch with grayish-red plumage, but adults range from light pink to bright red due to aqueous bacteria and beta-carotene obtained from their food supply. A well-fed, healthy flamingo is more vibrantly colored, thus a more desirable mate; a white or pale flamingo, however, is usually unhealthy or malnourished. Captive flamingos are a notable exception; they may turn a pale pink if they are not fed carotene at levels comparable to the wild.

Flamingoes can open their bills by raising the upper jaw as well as by dropping the lower. 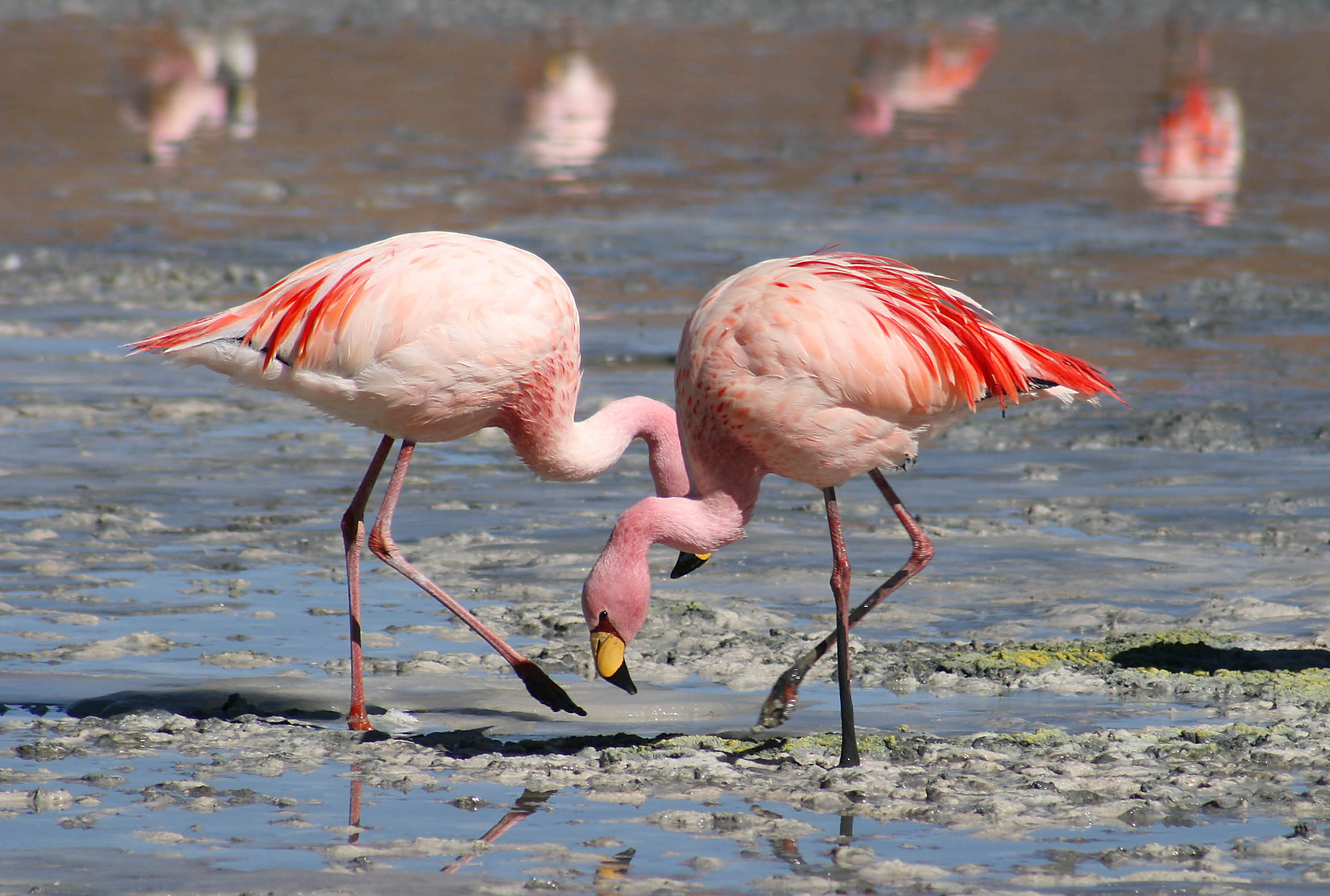