According to the Commonwealth Stamp Opinions Blog of 2 July 2020:

Zim Post, the postal service of Zimbabwe, issued a set of 4 stamps and 1 miniature sheet on 5 March 2020 to commemorate the centenary of aviation in Zimbabwe. The first flight to arrive in the then Rhodesia was the Silver Queen II which is featured on the Z rate (domestic rate) value. The aircraft, a Vickers Vimy bomber, was flying on the London to Cape route and crashed at Bulawayo on 6 March 1920. The aircraft was flown by Lt Col Pierre van Ryneveld and several days afterwards he resumed his flight to the Cape in another aircraft, a DH9 named Voortrekker.

The miniature sheet was imperforate while the sheet stamps were printed using offset lithography. 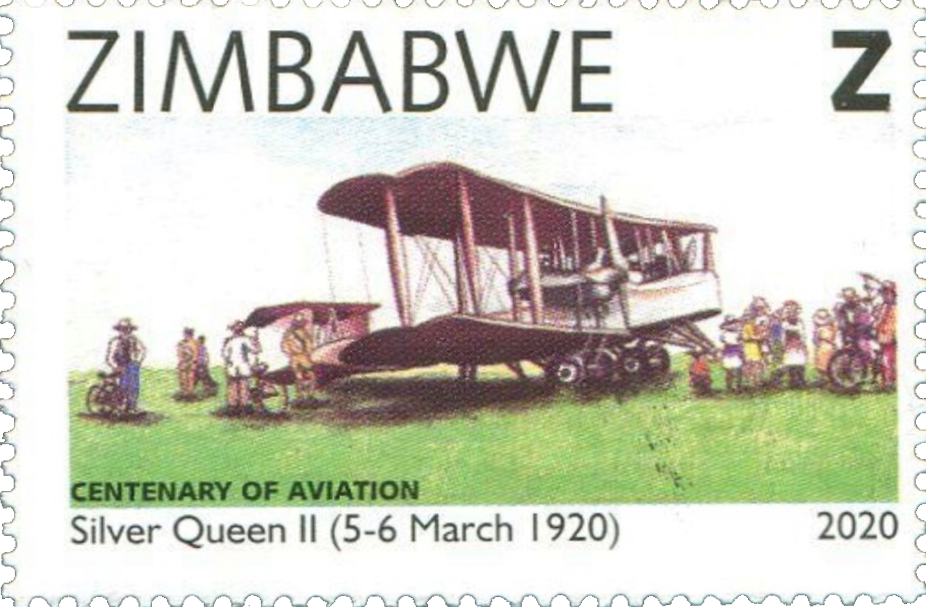 The entity that eventually became Air Zimbabwe formally came into being on 1 September 1967, when the Government of Rhodesia created ‘Air Rhodesia Corporation’ to succeed Air Rhodesia, a wholly owned subsidiary of Central African Airways Corporation (CAAC) that had existed since 1964 as a domestic airline within Rhodesia. Following the dissolution of CAAC at the end of 1967, Air Rhodesia inherited CAAC operations, as well as a fleet of Boeing, DC-3 and Viscount aircraft. It became the short-lived ‘Air Zimbabwe Rhodesia’ in 1978, and finally ‘Air Zimbabwe’ in April 1980 when the Republic of Zimbabwe was formed. Services connecting Harare with South Africa (Durban and Johannesburg) had been operated before the country gained its independence.  Scheduled services began on 2 April 1980 to London Gatwick. The company had leased a Boeing 707 from South African Airways until May 1981, when three Boeing 707-320Bs were bought from Lufthansa. That year, flights to Frankfurt were inaugurated. The airline recorded a ZWL 330,000 (£220,000) profit for the fiscal year that ended on 30 June 1980.

During 1982, a service to Perth and Sydney commenced; it was run in cooperation with Qantas and flown with Qantas Boeing 747SP aircraft. In May that year, the Government directed Air Zimbabwe and the national freighter airline Affretair to merge their operations; the freighter company was eventually taken over by Air Zimbabwe in July 1983. The cargo carrier continued its operations under the Affretair brand. During 1983, Air Zimbabwe became a member of the International Air Transport Association (IATA); it also extended its regional routes to Gaborone, Lilongwe, Lusaka and Nairobi. 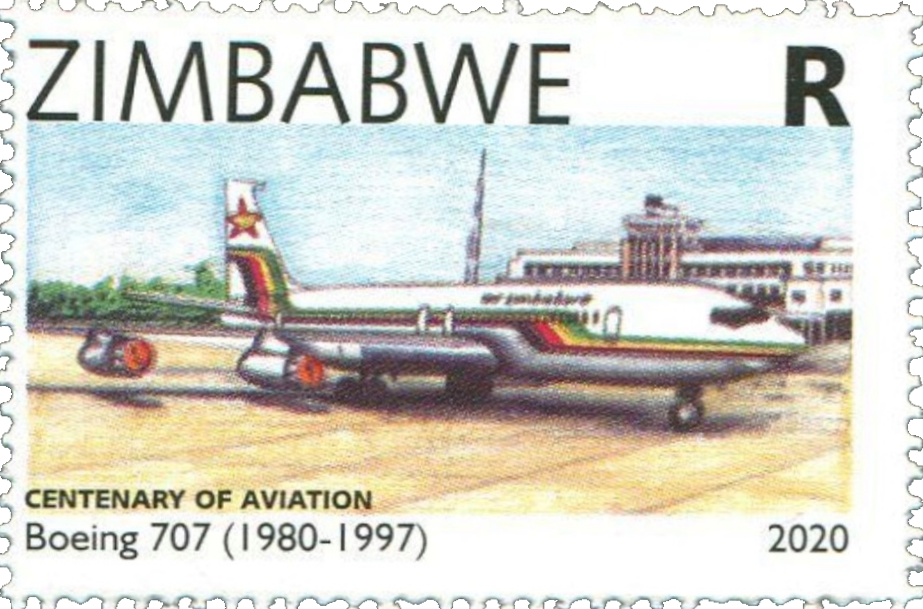 A Boeing 737-200 that had been leased from Maersk was returned to the lessor in 1986 and the first of three owned Boeing 737-200s was phased in and put into service in December that year; the second and third aircraft of the type were delivered in June and July 1987. The additional capacity permitted route extensions to Dar es Salaam, Manzini, Maputo and Mauritius. A BAe 146-200 was bought in 1987 for domestic routes.[15] Also in 1987, the airline announced its intentions to acquire Ilyushin Il-62s and -86s and Yakovlev Yak-42s instead of Western-built aircraft. These plans never materialised and Air Zimbabwe placed an order for two Boeing 767-200s. With registration Z-WPE and named “Victoria Falls”, the first Boeing 767-200ER entered the fleet in November 1989. The Boeing 707 was retired from serving long-haul routes shortly afterwards; these aircraft were still used to cover regional routes. The Viscount was definitely withdrawn from service in November 1989. The airline phased in the second 767-200ER (Z-WPF, named “Chimanimani”) in late 1990. Two Fokker 50s were ordered in April 1995; they were delivered a month later.

In February 2004, it was revealed that the company had been temporarily suspended by the IATA over unpaid debts. In late October 2006, the prices of Air Zimbabwe tickets increased up to 500%, partly due to the inflation in the country rising to over 1,000%—at that time the Zimbabwean Central Bank stated that it could not continue supporting Air Zimbabwe and other money-losing state companies—and partly because the airline was in need of foreign currency to pay for fuel, spare parts, and catering. A foreign exchange crisis in the country led to the cancellation of the carrier’s operations in late 2005, following the lack of hard currency to pay for the fuel. In 2006, it was disclosed that passenger numbers had fallen from 1 million in 1999 to 23,000 in 2005. 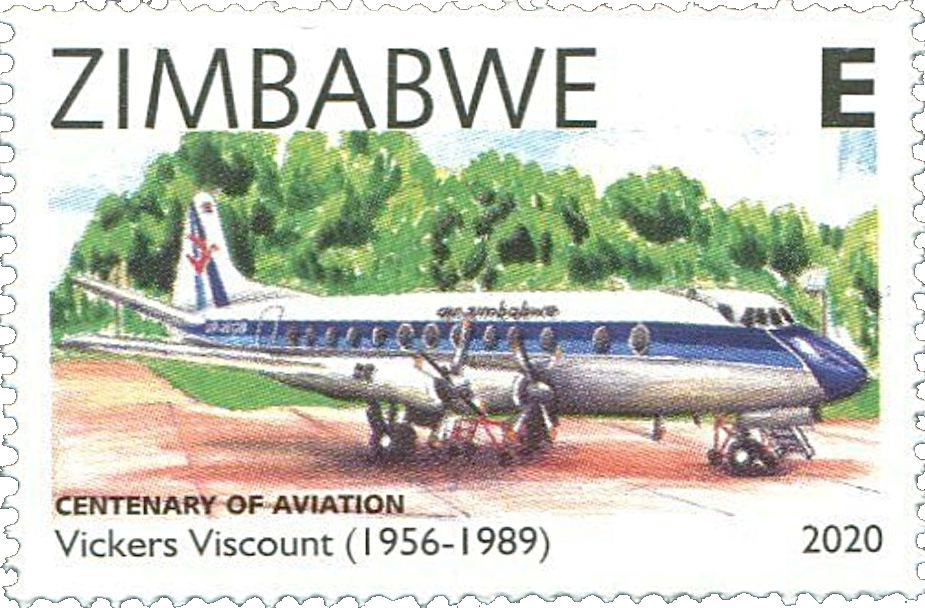 In May 2011, the airline was suspended from IATA’s international financial and booking system over unpaid booking fees. It was announced in early November 2011 that the government would absorb a US$140 million debt in order to make the company more attractive to foreign investors. Already in December 2011, the carrier struggled to provide its regional and overseas services amid aircraft impoundments over unpaid debts.

In January 2012, the airline came under judicial management. Following a failed revival attempt, in which the pilots refused to resume domestic services over US$35 million in unpaid salaries and allowances, it was announced on 24 February 2012 that Air Zimbabwe would be grounded indefinitely. In March of the same year, the government of Zimbabwe established Air Zimbabwe Private Limited as the new owner of the carrier after disbanding the airline’s former parastatal owner Air Zimbabwe Holdings and absorbing a US$150 million debt. The airline resumed flying on a continuous basis in early May 2012, yet using a single aircraft and serving only three domestic destinations—Bulawayo, Harare and Victoria Falls—and only for a short period of time until the grounding of the aircraft on 2 July 2012.[40] The airline was reactivated in late November 2012, with a reduced flight scheme serving the Harare–Johannesburg route.

Reports indicated the carrier resumed domestic operations connecting Bulawayo, Harare and Victoria Falls, as well as the regional route to Johannesburg, on a daily basis in April 2013, ahead of the 2013 Zimbabwe International Trade Fair. Approximately 600 employees out of more than 1,000 had been laid off by late May 2013 as part of cost-cutting measures aimed at recapitalising the airline. The Zimbabwe Tourism Authority revealed in June 2013 that the airline’s market share suffered a steep decrease in the year ending 31 December 2012, with a 0.8% participation in this period down from 27% in the same period of 2009. 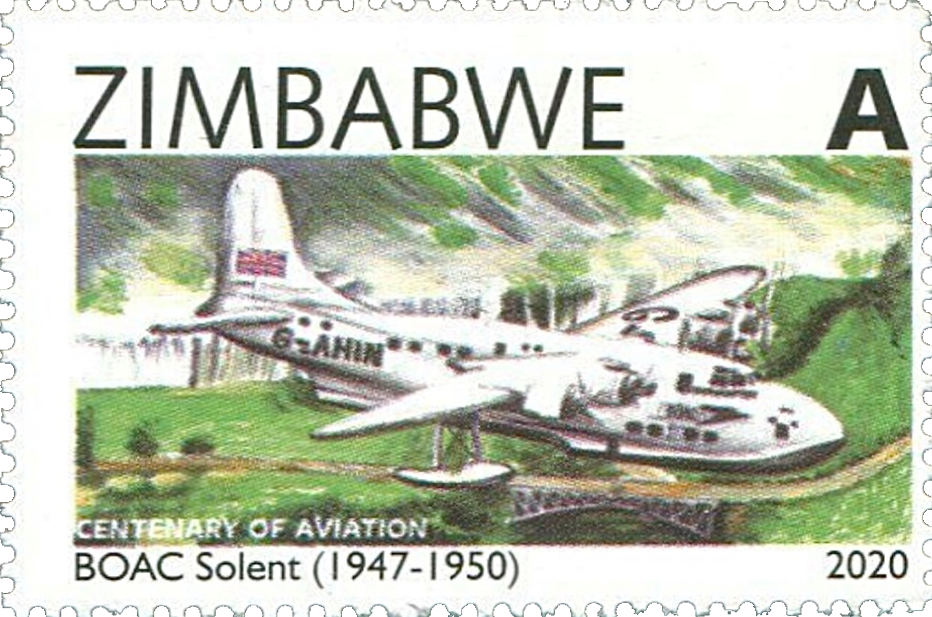 As of July 2017, Air Zimbabwe’s debts were estimated to be US$330 million. On 8 June 2018, it was reported that Air Zimbabwe has debts of more than $300 million and can no longer fly to most destinations due to threats by debtors to impound its aircraft. With mounting debt and only three of its aircraft operational, the airline was put under administration on 6 October 2018.

In May 2017 Air Zimbabwe was added to the list of air carriers banned in the European Union as a result of not meeting EU safety standards.

On 26 March 2020, the airline was force to suspend all flights indefinitely due to the COVID-19 pandemic. The airline was subsequently forced to put all employees on unpaid leave and is in the process of creating a post-pandemic masterplan. 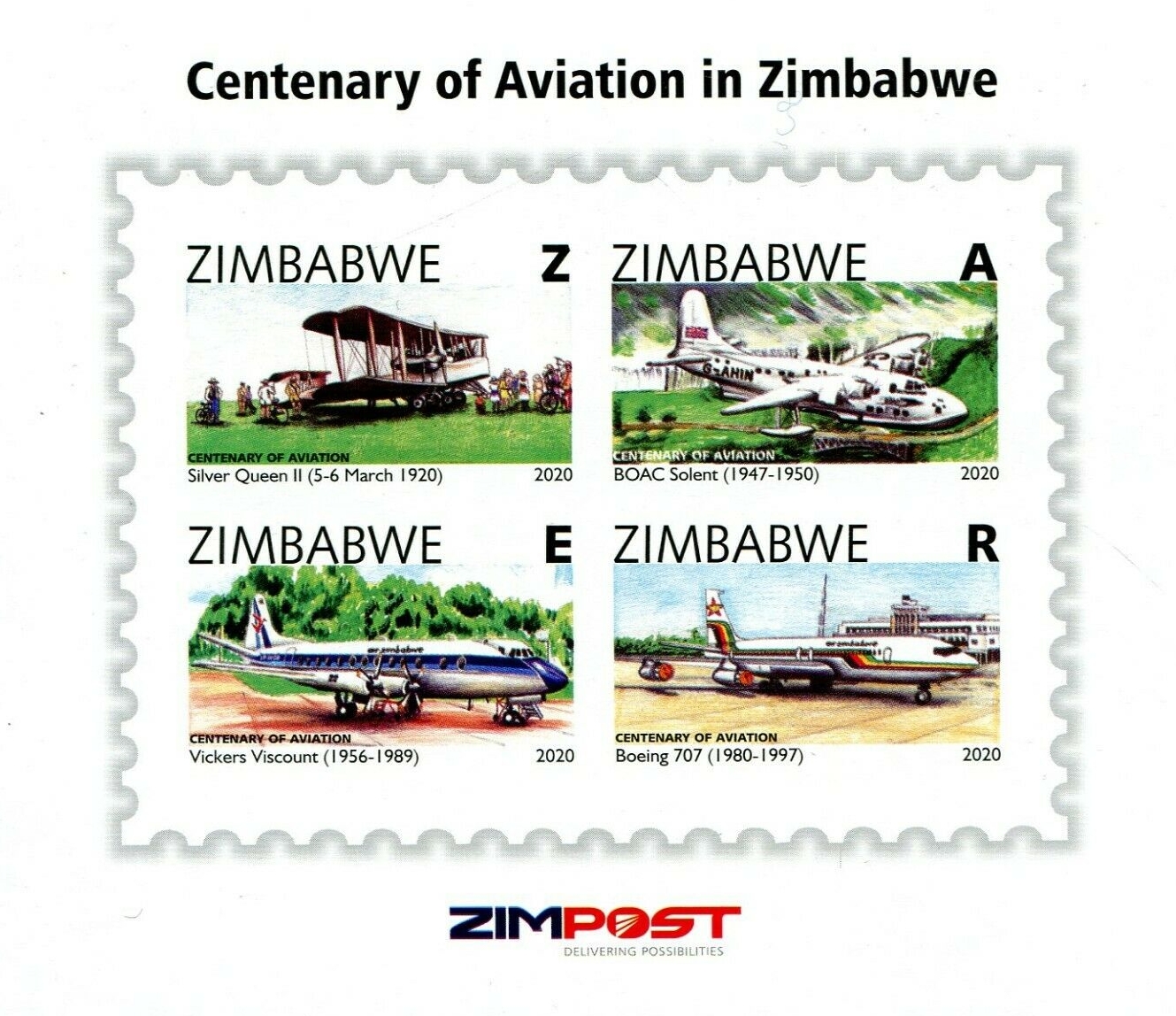 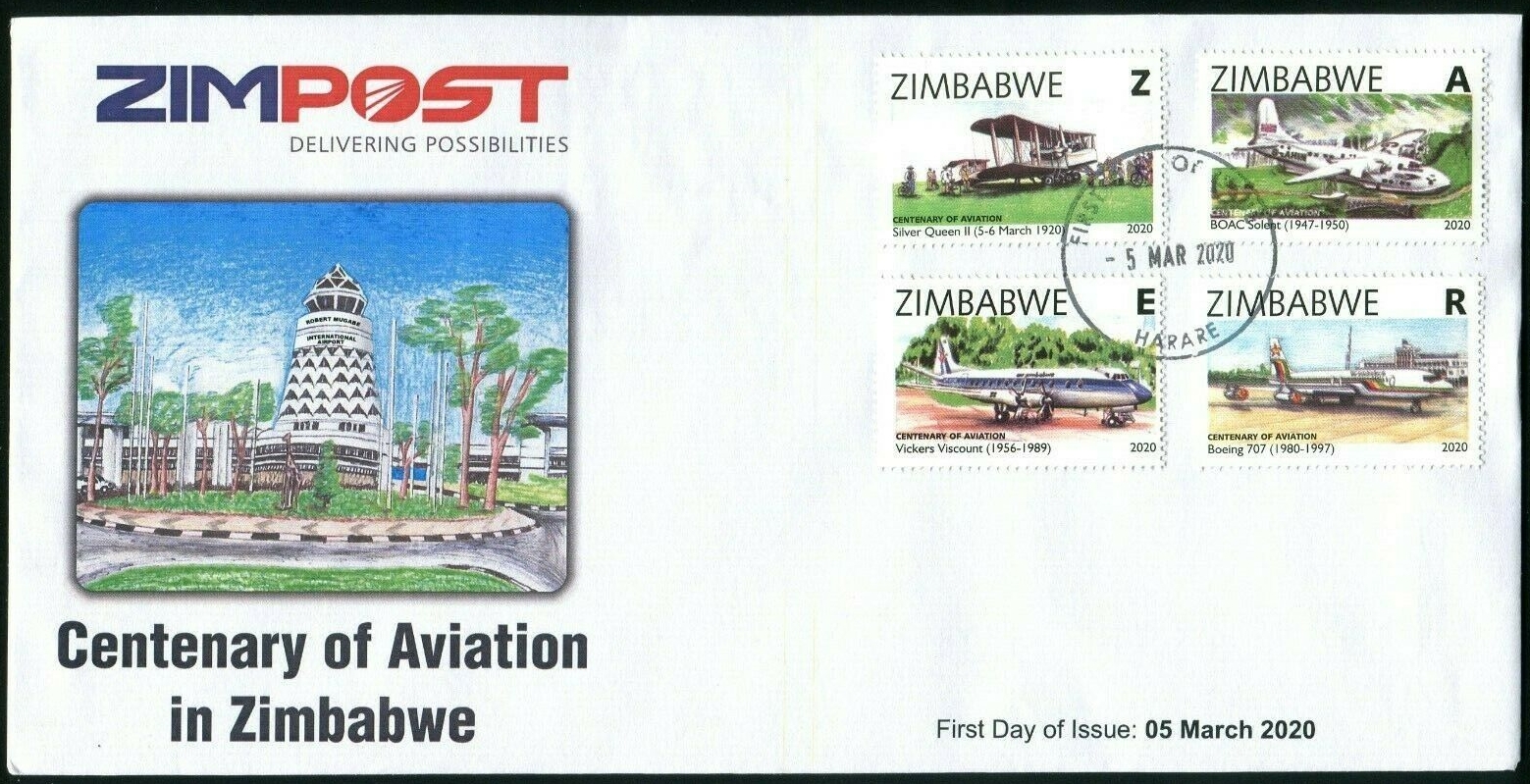 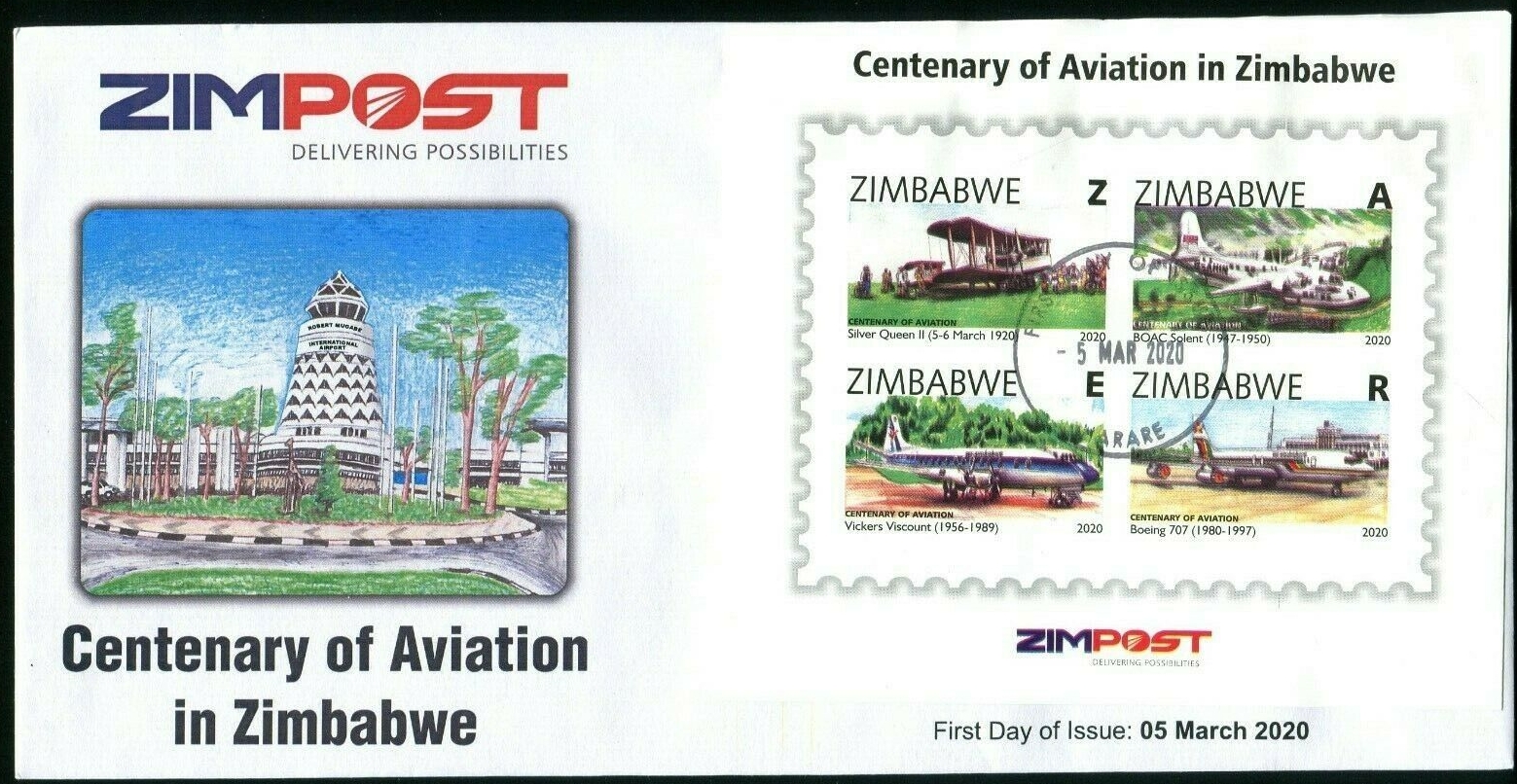