ANNIVERSARIES. 824, the Town Charter of Brañosera

The municipality of Brañosera in Palencia has the honour of being considered the first council to be established in Spain, as confirmed by the “fuero” (town charter) granted by count Munio Núñez and his wife Argilo de Trasmiera in 824.

The original vellum-parchment document was archived in the San Pedro de Arlanza monastery until it was confiscated in the 19th century. Two manuscript copies were made in the 18th century and stored at the Santo Domingo de Silos monastery, and these have survived.

Brañosera’s charter was granted as part of the repopulation of the southern part of the kingdom of Asturias during the reign of Alfonso II, to consolidate his advance through the Asturian peninsular against the emirate of Cordoba.

The charter granted a number of privileges to the new settlers in the municipality and relieved them of some enshrined obligations: these privileges were not granted to specific people, but extended to anyone considered a settler.

As part of the celebrations for the 40th anniversary of the Spanish Constitution, Spain’s Senate and Congress have both paid homage to the founding of Brañosera, which is considered to be the first town in the history of Spain.

The classic design of the stamp features the façade of the current town hall, inspired by the historic building, and a reproduction of the town’s charter. 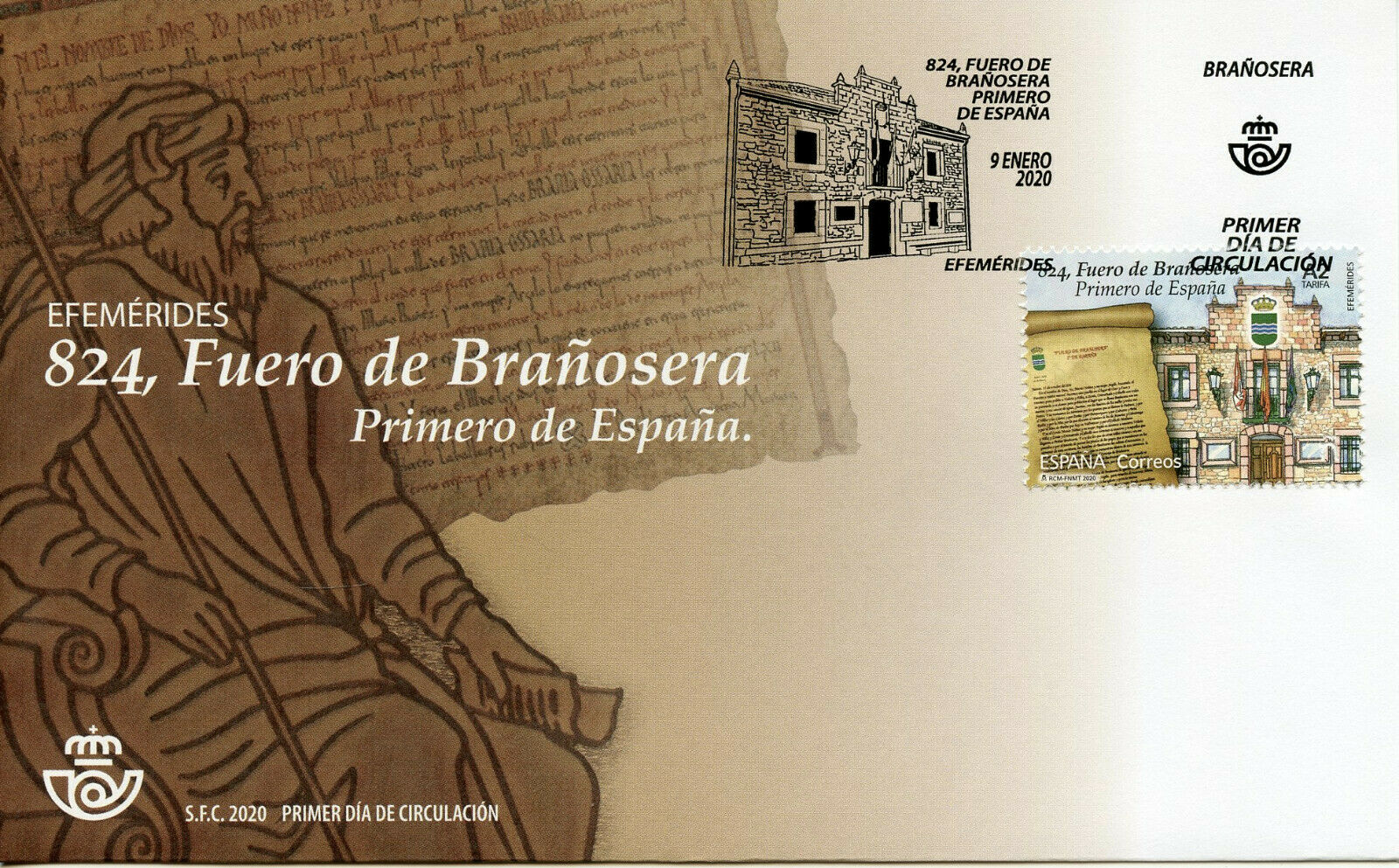