The following is an article published by Linn’s Stamp News on 5 August 2020 describing this year’s installment in the Flag Series:

This series originally ran from 1980 to 1989, depicting the flags of all U.N. member states at that time. The series resumed in 1997 to include the flags of new member states, show the flags of countries that had changed their names, show new flags, and show flags with design alterations.

The Aug. 20 set of eight stamps depicts the new flags of Belarus and Mauritania and the redesigned flags of Bahrain, Brazil, Cyprus, Dominica, Mongolia and Paraguay, according to the UNPA.

Like the previous stamps in this U.N. Flag series, the designs are se-tenant (side-by-side) in blocks of four in panes of 16. The center block of each pane includes one each of the four stamps.

Each stamp is denominated $1.20 for use at U.N. headquarters in New York City.

The flags are presented in alphabetical order by country on the panes. 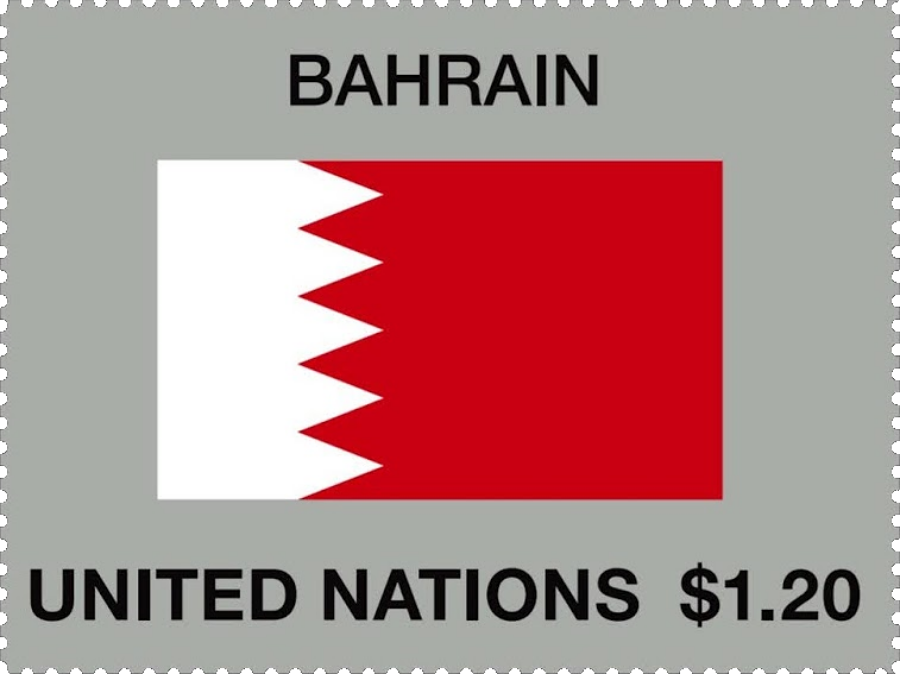 The first pane begins with the redesigned flag of Bahrain, adopted in 2002. Five triangles said to represent the five pillars of Islam separate the white band from the red on this flag. 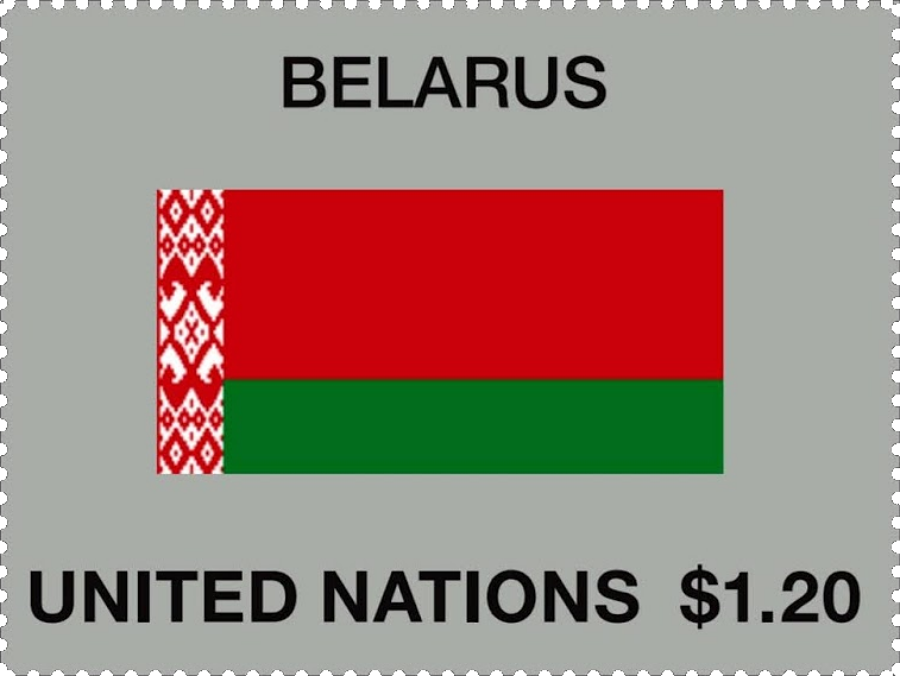 Belarus’ new flag of 2012 is shown next. According to the Belarus website, it “is a rectangular canvas made of two horizontal coloured stripes. The upper one is red and makes up two thirds of the width while the lower one is green and as large as one third of the flag width. A vertical red-on-white Belarusian national pattern as large as one ninth of the flag length is located near the flagpole.” 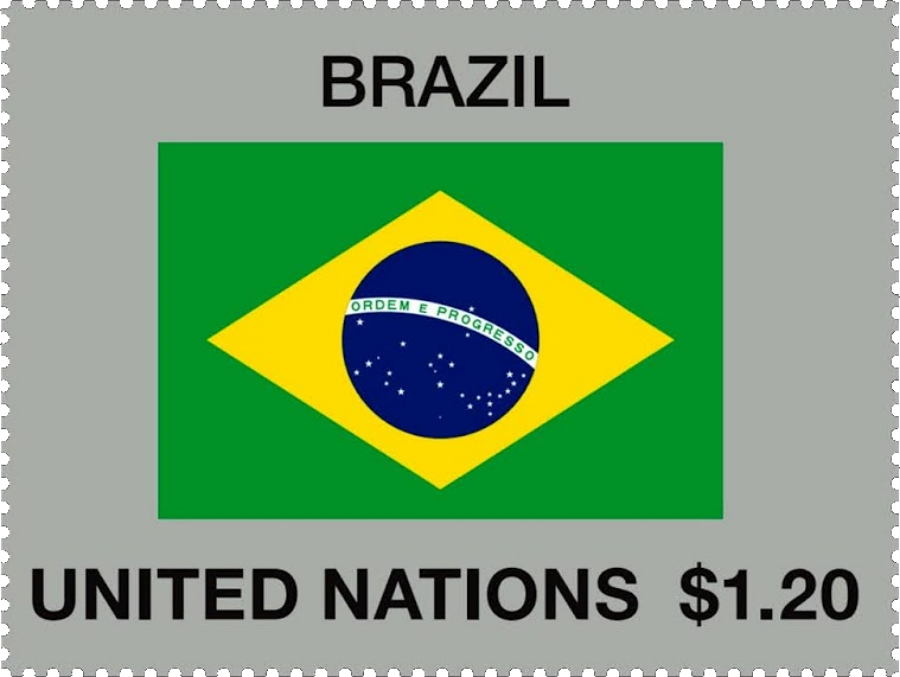 The third stamp in the pane features Brazil’s flag, which was revised in 1992 to include 27 stars, representing the 26 states and the federal district of Brazil. The previous flag of 1968 had 23 stars. 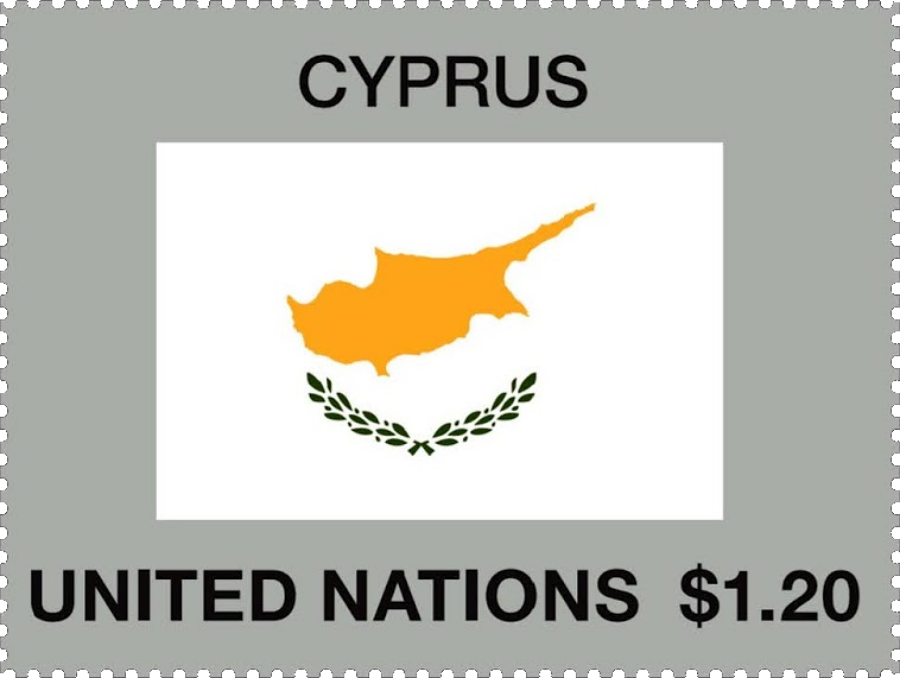 Shown on the last stamp in this pane is the flag of Cyprus, modified in 2006 with minor design and color variations. 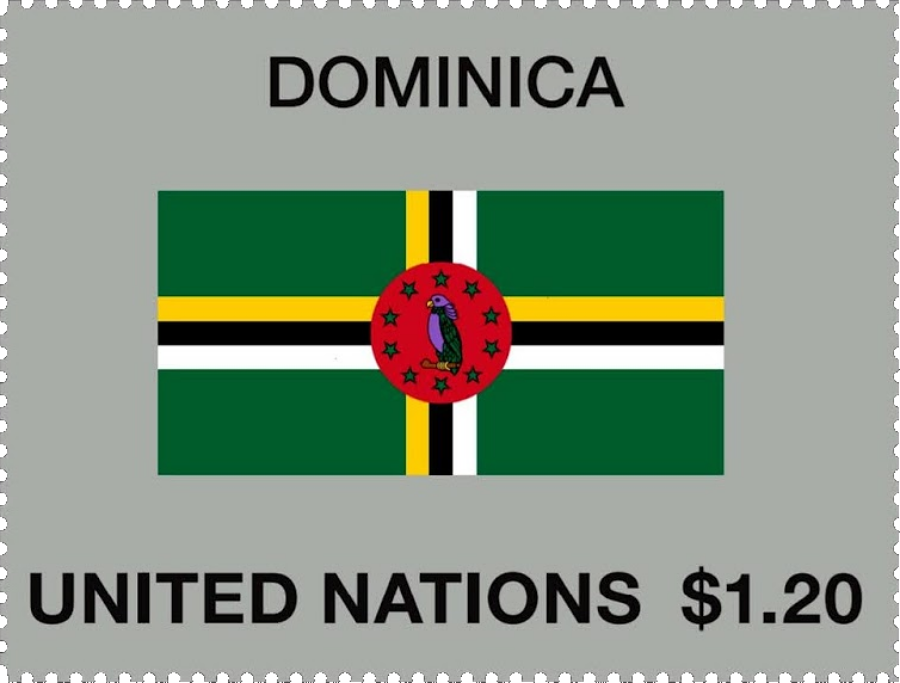 The 1990 changes to Dominica’s flag have been described as subtle. This flag is displayed first on the second pane of 16. 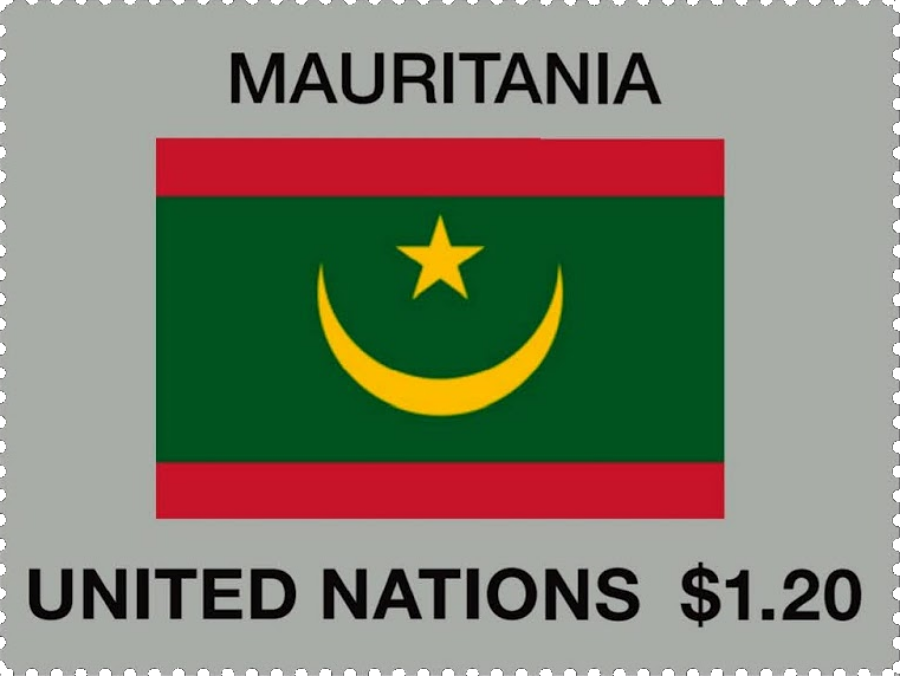 Mauritania’s new flag is depicted on the second stamp in the pane. In a national referendum on Aug. 5, 2017, voters in Mauritania adopted this flag.

The North Africa Post, a regional newspaper, said on its website: “Mauritanians have voted in favor of changing the green and yellow flag by adding two red stripes in a referendum that has also seen the Senate abolished.”

According to other news reports, the red stripes symbolize the sacrifices of those who fought for independence from France. 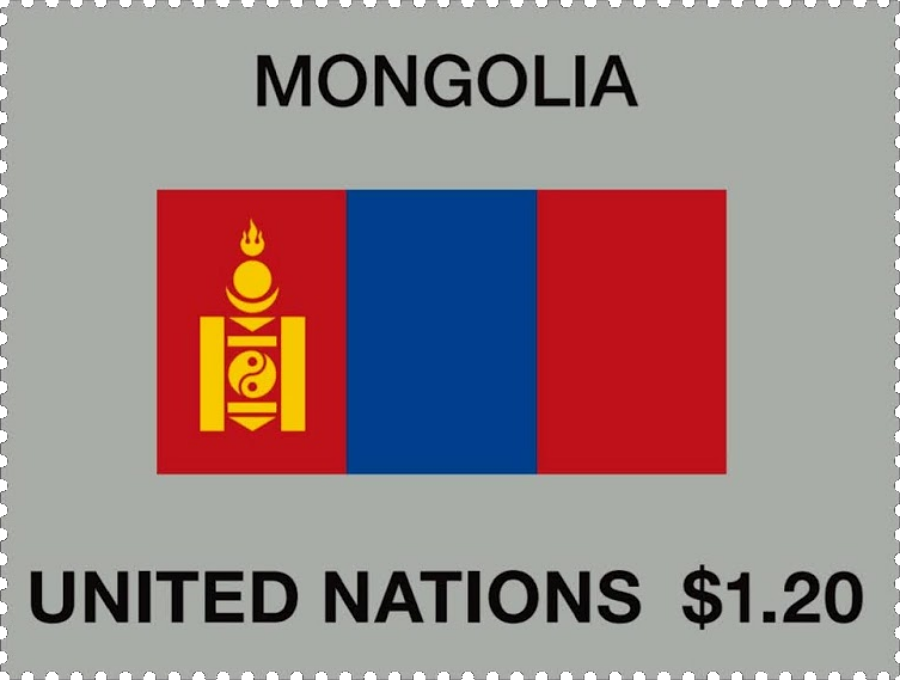 Mongolia removed the five-pointed gold star from its flag in 1992, to reflect its transition from communism to democracy. This revised flag is pictured on the third stamp in the pane. 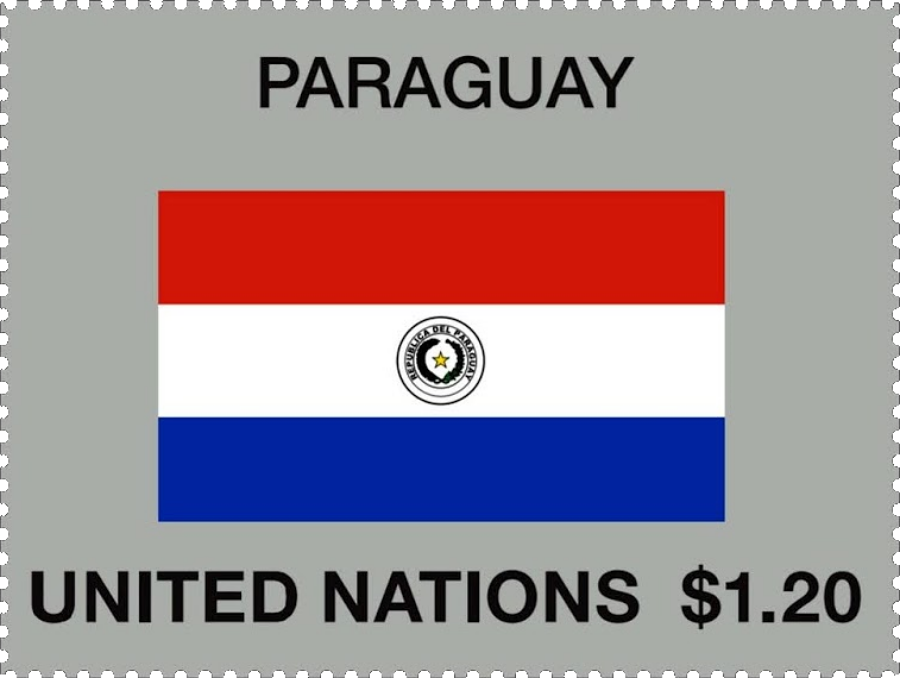 The final stamp in the new set shows changes made to the seal on the front of Paraguay’s flag in 2013. Because Paraguay is the only U.N. member state to have different designs on the obverse and reverse, the emblem pictured on the back of the flag also was altered.

Rorie Katz of the United Nations designed the stamp panes. Joh. Enschede of the Netherlands printed them by offset-lithography in a quantity of 16,000 of each pane.

The stamps measure 40 millimeters by 30mm and are perforated gauge 14 by 13¼.

The UNPA has posted this notice on its website: “ We regret to inform you that in an abundance of caution and as a preventative measure amidst the current coronavirus disease (COVID-19) outbreak, the United Nations Headquarters is closed to the public until further notice. All standing orders and any orders placed by mail, phone, or online with our New York office are delayed until staff can return to the office during phase one of the reopening of UNHQ, which is tentatively set for 20 July 2020 and may be subject to change. We are, however, committed to fulfilling your orders as soon as we can. We appreciate your patience and understanding. Please email us at unpanyinquiries@un.org, UNPA-Europe@un.org or UNPA-ASIA@un.org for any questions.” 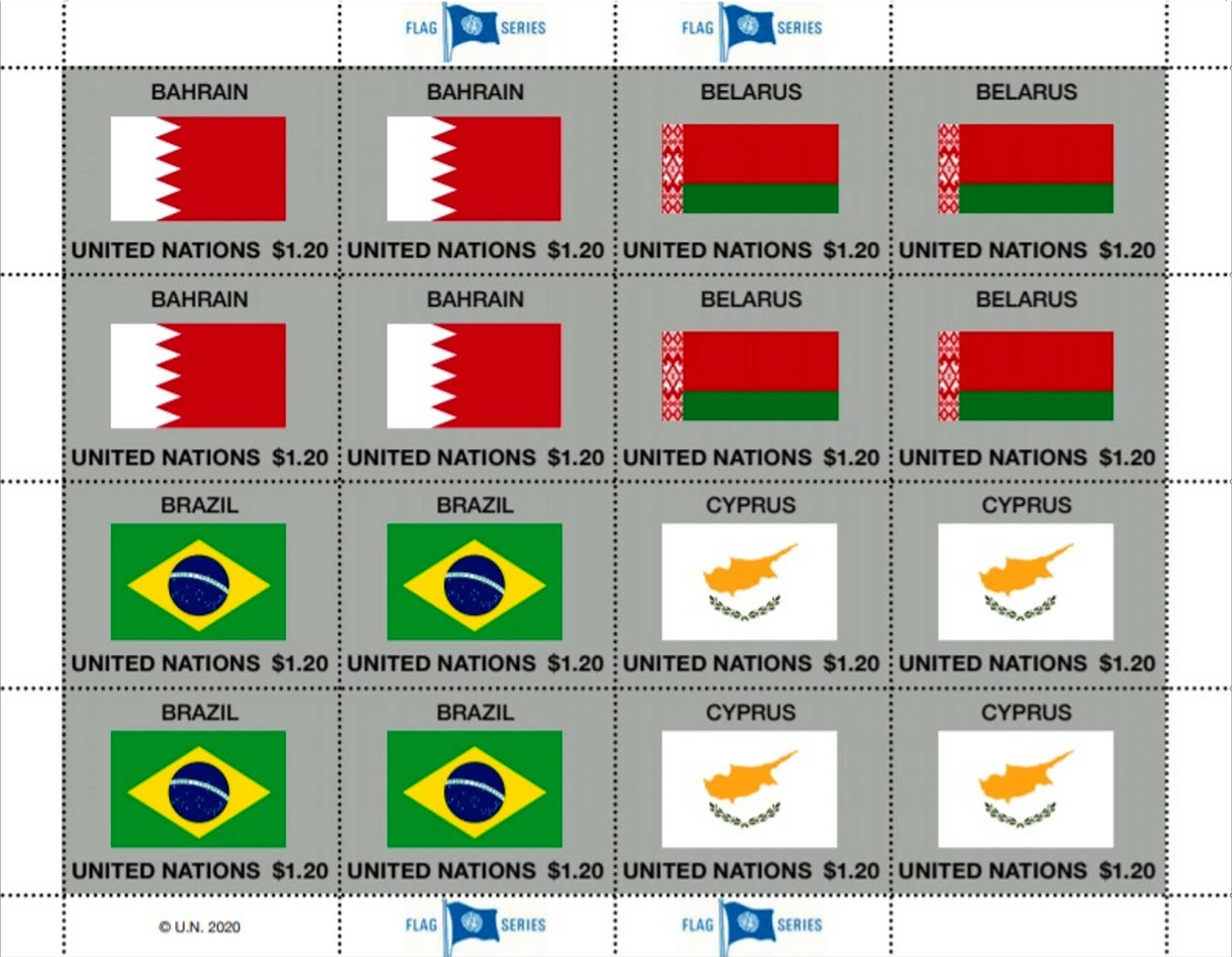 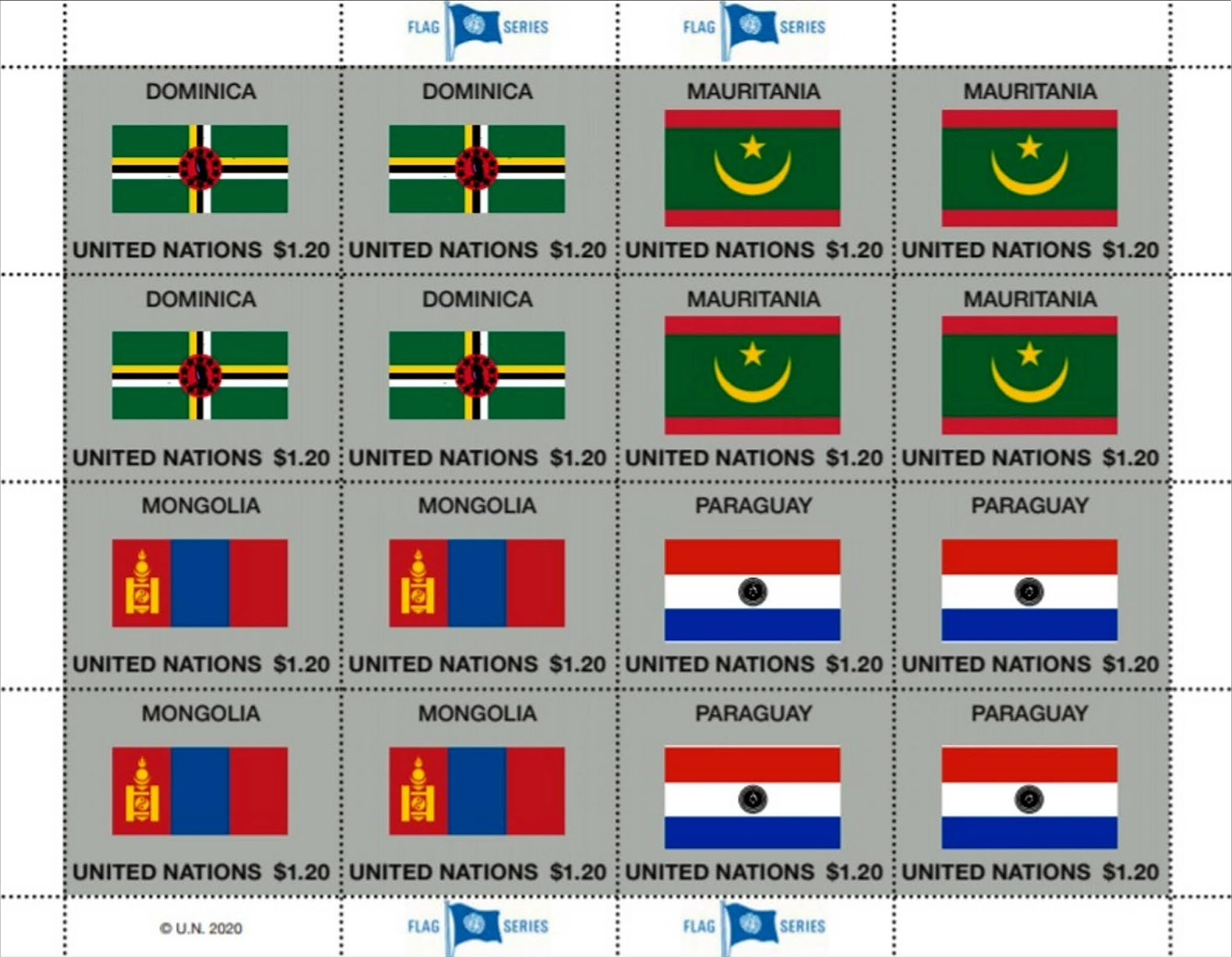