The stamp was designed by Carles ESTEVE and laid out by Stephanie GHINÉA.

Estany Esbalçat is a lake located in the far north of the parish ofOrdino in Andorra. It nestles at an altitude of 2,278 m in a bowl of overcrowding located within a small glacial circus (glacial erosion nest). The rocks that make up this circus are predominantly shale as in the whole of the Andorran Northwest.

High peaks rise north of the lake and materialize the Franco-Andorran border: the peak of Les Planes (2,789 m) and the peak of the Fangasses (2,682 m), separated by the port of Estany Esbalçat. 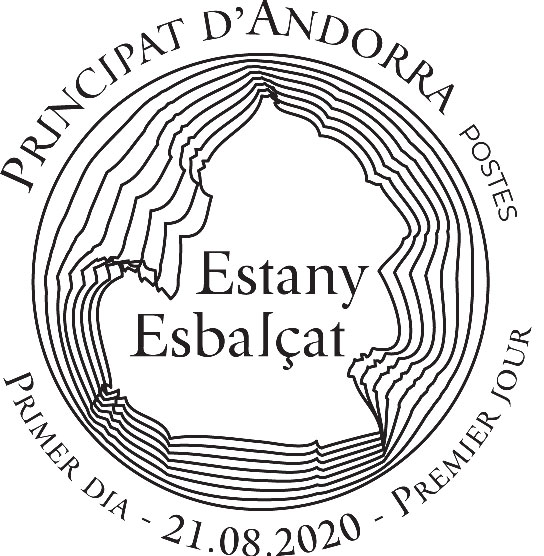