On July 22, 2020 the Ministry of Communications and Informatization of the Republic of Belarus will issue the souvenir sheet “125th birth anniversary of Pavel Sukhoi”.

Pavel Sukhoy (born July 22,1895 in the village Glubokoye, Vilenskaya Guberniya, now the town Glubokoye, Vitebsk region – died September 15,1975) was an aircraft designer, a doctor of technical sciences and one of the founders of soviet jet and supersonic aviation.

About 50 aircraft models were designed under the guidance of Pavel Sukhoy. Many of them were a real revolution in the international aircraft industry. More than once Su aircraft became world leaders. Sukhoy fighter and attack aircraft are in operation service in many countries of the world.

The project was prepared in cooperation with P.Sukhoy High School No. 1, Glubokoye.

Colour of the postmark — black.

A special cancellation on FDC will be carried out at the post office No.1 of Minsk (shop “Philately”, 16 Moskovskaya street) on the souvenir sheet issuing day. 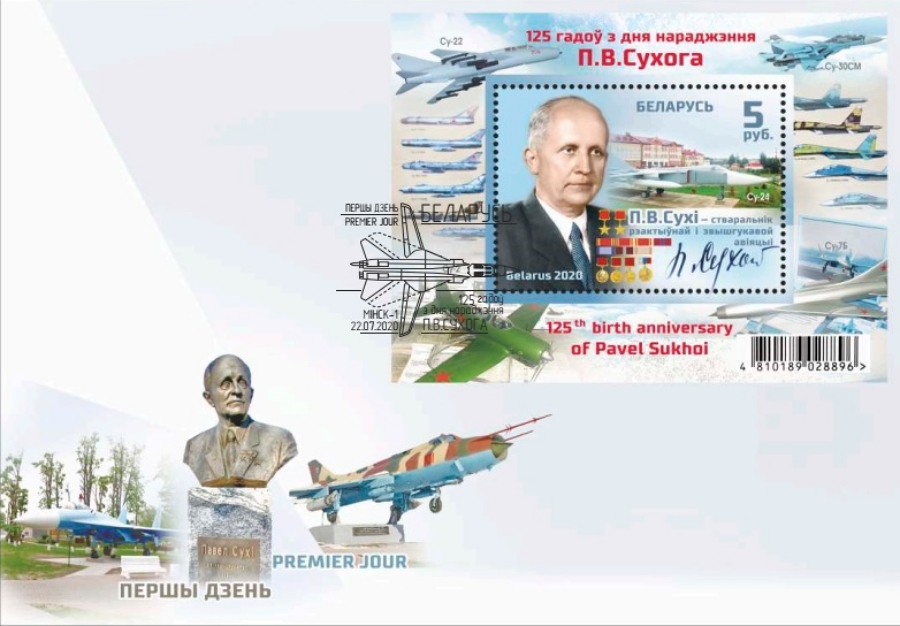 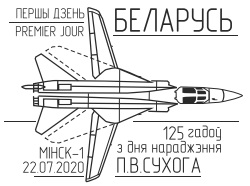