The Battle of Britain took place between 10th July and 31st October 1940, an attempt by the German Air Force (Luftwaffe) to destroy the Royal Air Force (RAF) and gain air superiority.

The name Battle of Britain came from a speech Prime Minister Winston Churchill delivered to the House of Commons on 18th June 1940 in which he said, “the battle of France is over. I expect the Battle of Britain is about to begin.” 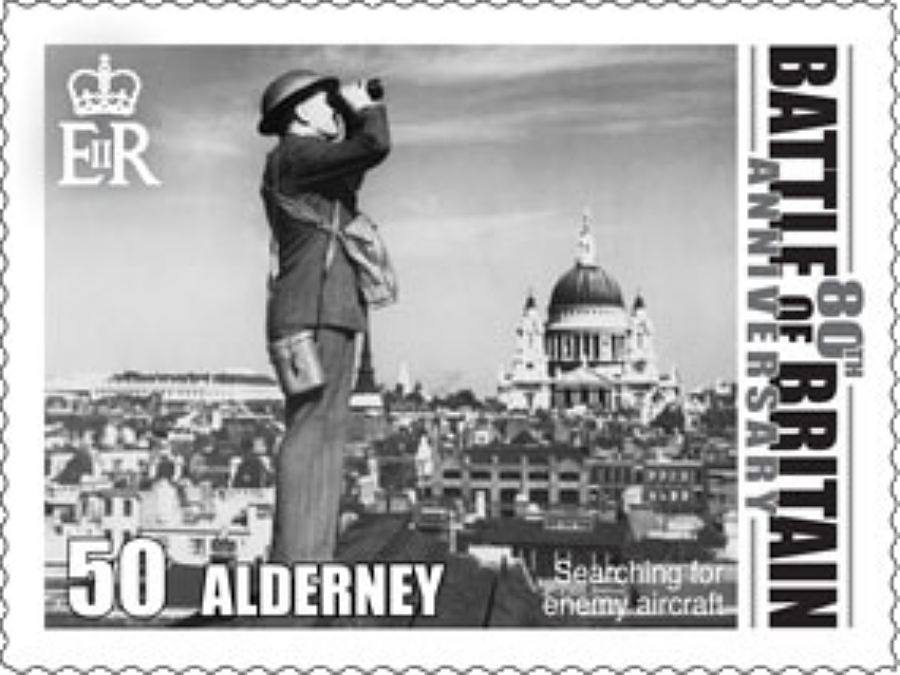 50p Stamp: The Royal Observer Corps was a civil defence organisation set up to search for enemy aircraft over Great Britain. This stamp depicts an aircraft spotter standing on the roof of a building with St Paul’s Cathedral in the background. 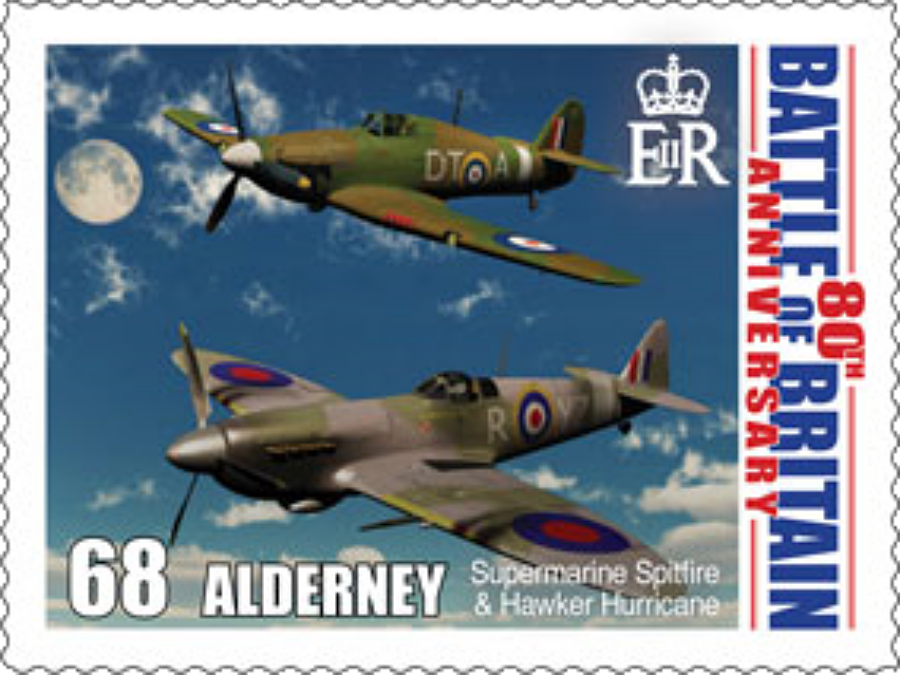 68p Stamp: Features a Supermarine Spitfire and Hawker Hurricane, the two main fighter aircraft used by the Royal Air Force during the Battle of Britain. The Hurricane shot down the most enemy planes during the campaign. 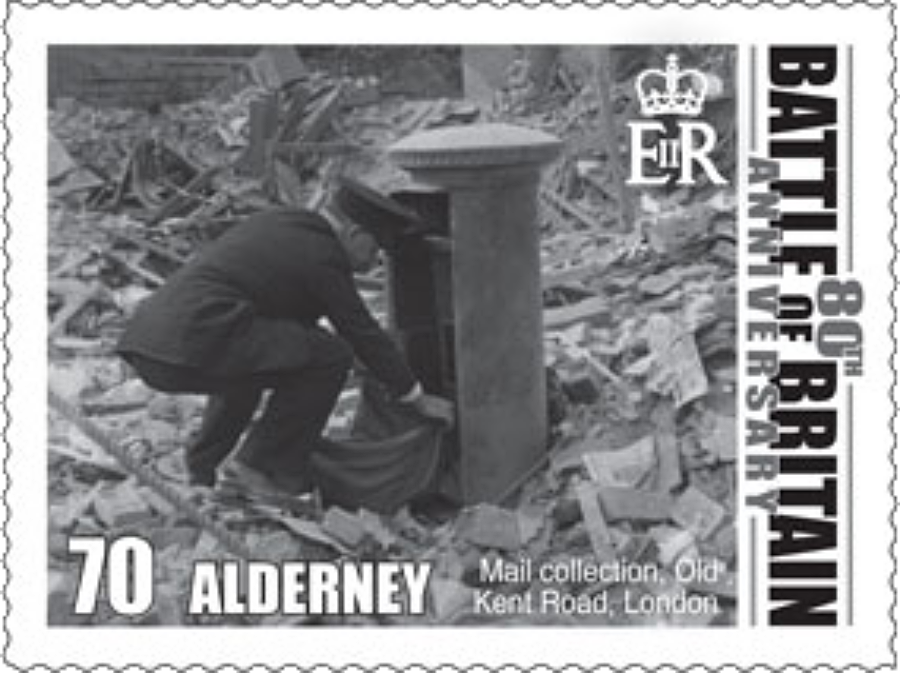 70p Stamp: Germany systematically bombed London in a campaign known as ‘the Blitz’. This stamp depicts a postman collecting mail from a post box surrounded by bomb damage in London’s Old Kent Road. 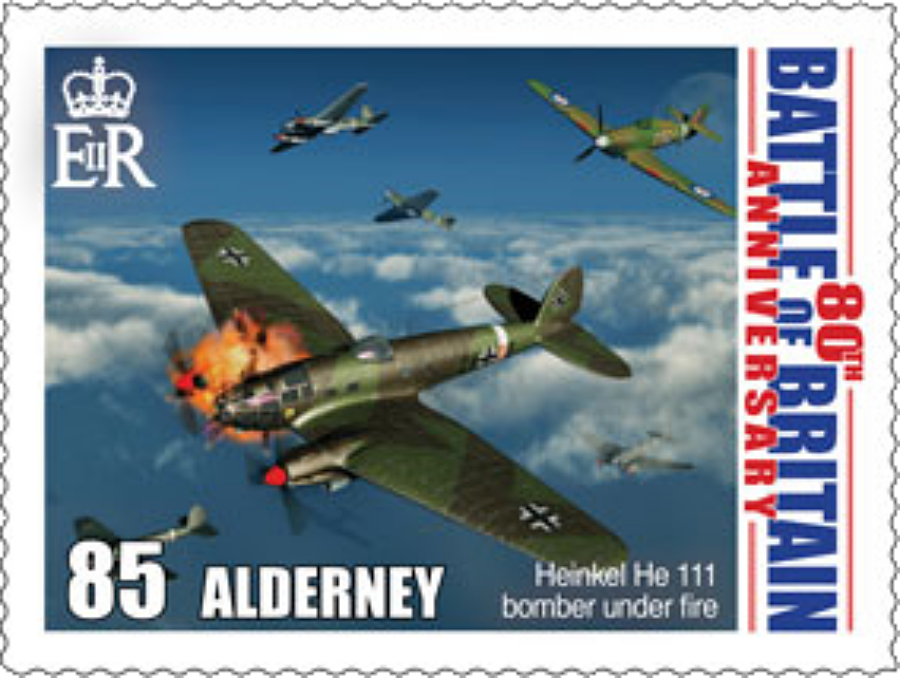 85p Stamp: The Heinkel HE III was a German bomber described as a ‘wolf in sheep’s clothing’. The stamp features the bombers under attack from the Royal Air Force Hurricanes during The Battle of Britain. 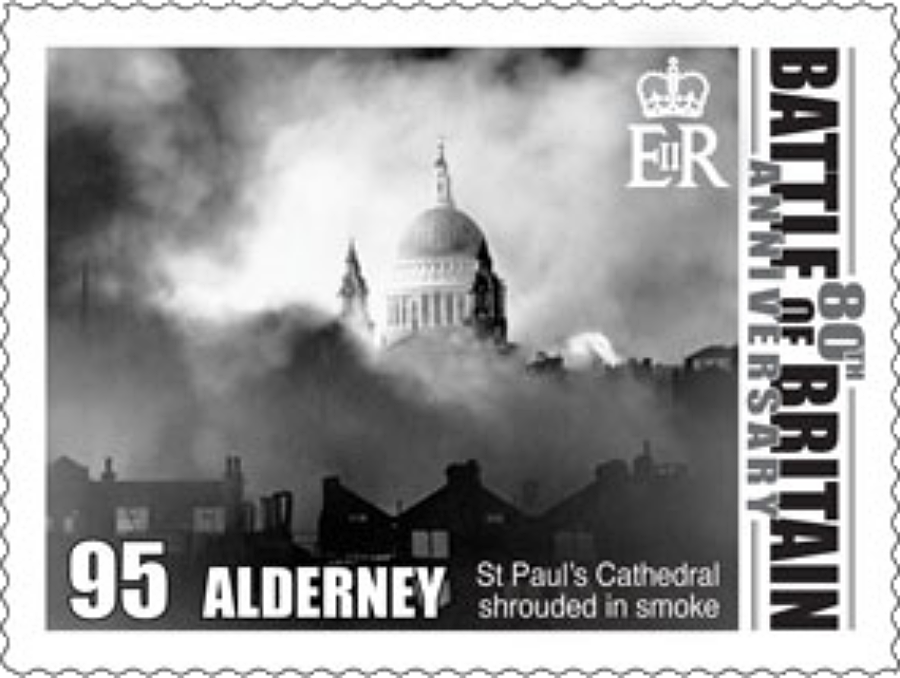 95p Stamp: This iconic picture taken during the Blitz entitled ‘St Paul’s survives’ captures the dome of St Paul’s Cathedral standing untouched among the flames and smoke of surrounding buildings. 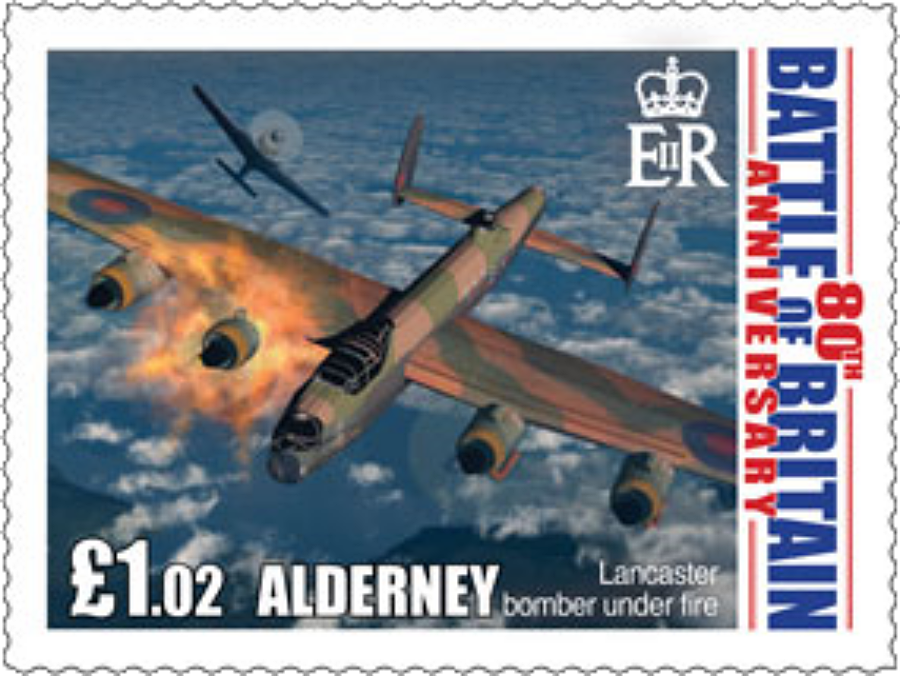 £1.02 Stamp: The Focke-Wulf FW-190 was the best World War 2 German fighter plane and on this stamp it can be seen attacking a Royal Air Force Lancaster bomber, a plane which has become a show piece in all Battle of Britain memorial flights. 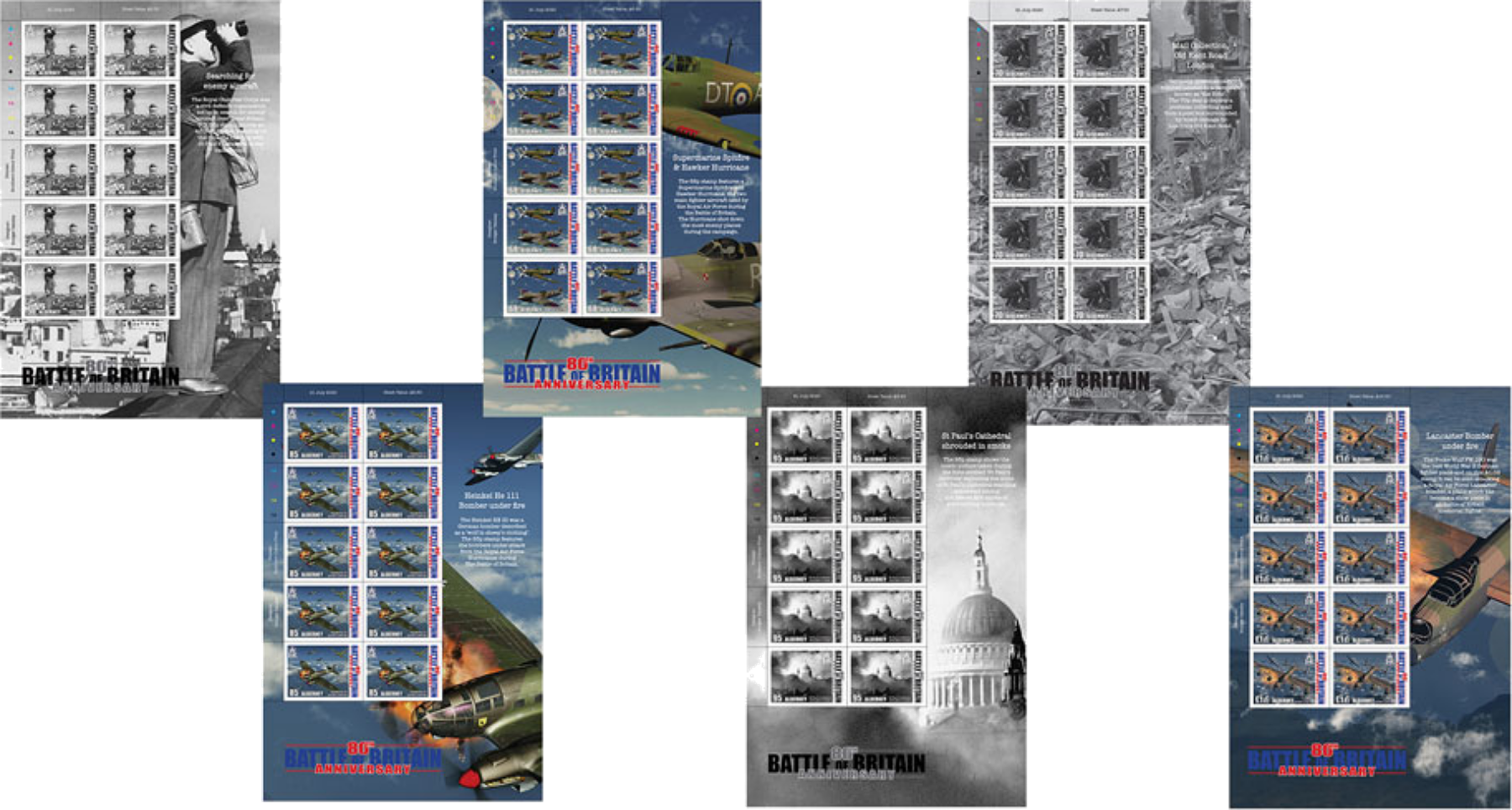 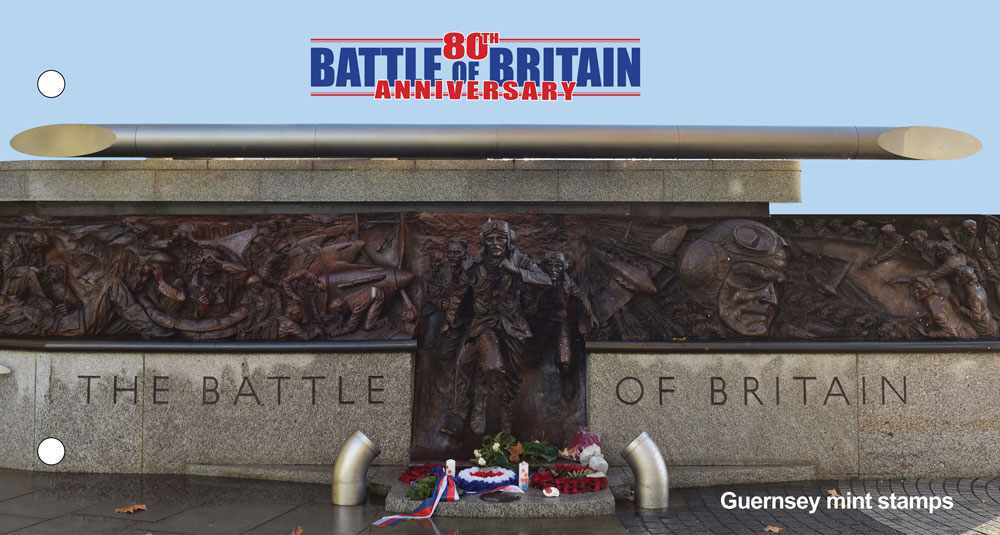 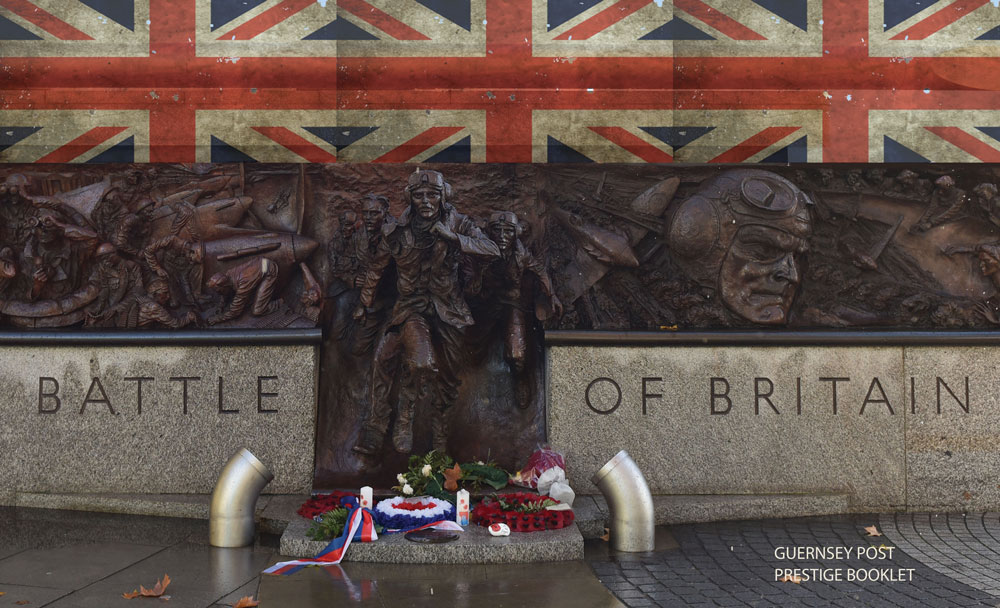 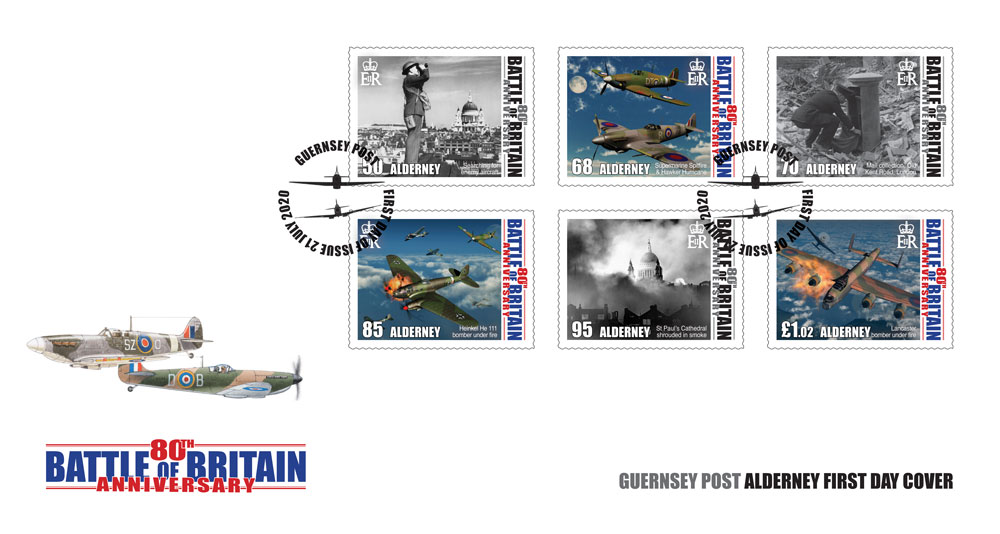