THE ZUGLIGET CHAIRLIFT OPENED 50 YEARS AGO

Magyar Posta is marking the 50th anniversary of the opening of the Zugliget chairlift by issuing a commemorative stamp. Fifty thousand copies of the special stamp designed by the graphic artist Glória Hefelle were produced by ANY Security Printing Company. The new issue is available from Filaposta, philately specialist services, certain post offices and www.posta.hu.

As early as 1930, drawings for a technical solution similar to today’s chairlift were submitted to the Budapest decision-makers by the engineer István Hantos Jr, and in 1933 documents for a cable car from Zugliget to János Hill to enable people to get to the green hills above Budapest faster in order to go on excursions and do sport were drawn up.

The Leipzig engineering firm of world repute Bleichert & Co was consulted in the planning process, which gave a positive response to the Zugliget plans, and soon the procedure began with the Hungarian authorities. Ministerial approval for construction to start was granted but the works were slow to begin and then the outbreak of World War II scuppered the plans.

The idea of a chairlift similar to the one designed by Hantos was raised again in 1967. Construction began on 24 March 1969. The special cables and the hanging chairs were obtained from Austria, but whatever could be made locally was produced in Hungary. As the result of a competition to find a name that would attract passengers, the chairlift was called the “libegő” in Hungarian, which suggests floating through the air. It was opened on 20 August 1970.

The main motif of the commemorative stamp is the Zugliget chairlift operating in its wonderful setting. On the first day cover the terminal at János Hill is shown, while the special postmark is a stylised drawing of a hanging chair. 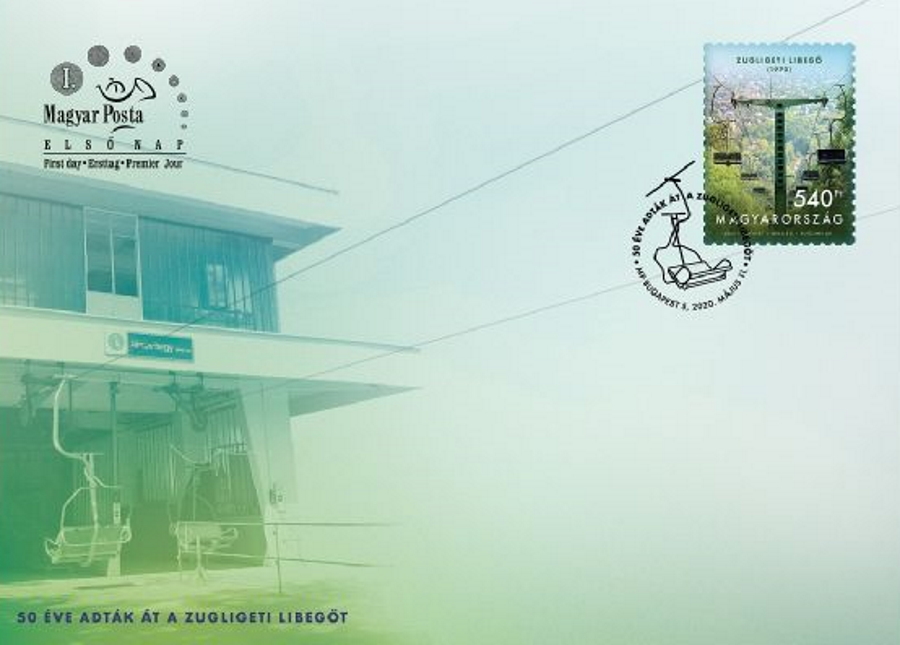 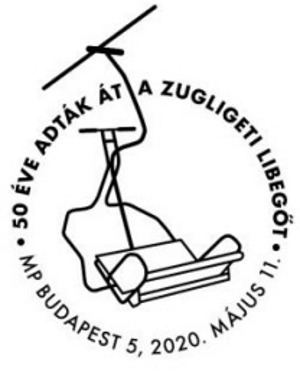