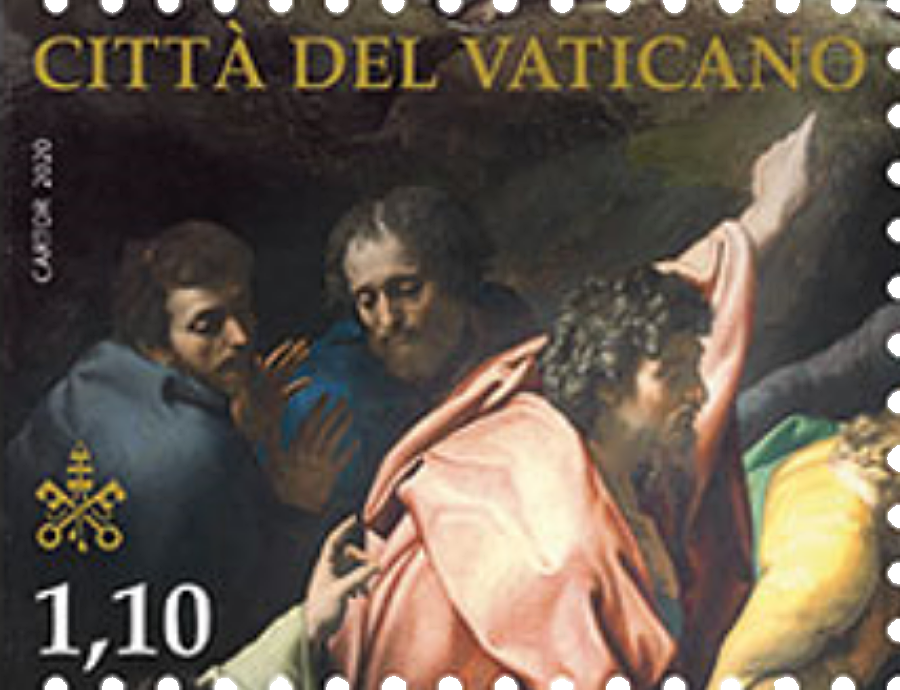 For the fifth centenary of the death of Raphael Sanzio (1620-2020), whose life can be summarized in Pietro Bembo’s couplet for the Latin tombstone placed on the tomb of the Urbinate, which in Italian reads: “Here is that Raphael from whom, as long as he lived, Mother Nature feared to be overcome, and when he died he feared to die with him”. The Vatican philately will issue a leaflet with two stamps. The leaflet reproduces the transfiguration of the Lord, the last work of the high painter, who at his death, says Vasari, was placed at the head of the funeral catafalque. The two stamps consist of one from Raphael’s self-portrait in the fresco of the Athens School and the other circumscribes the Apostle who in the scene of the transfiguration indicates the Lord, who in the composition of the leaflet seem to reiterate that the author of the work was Raphael. 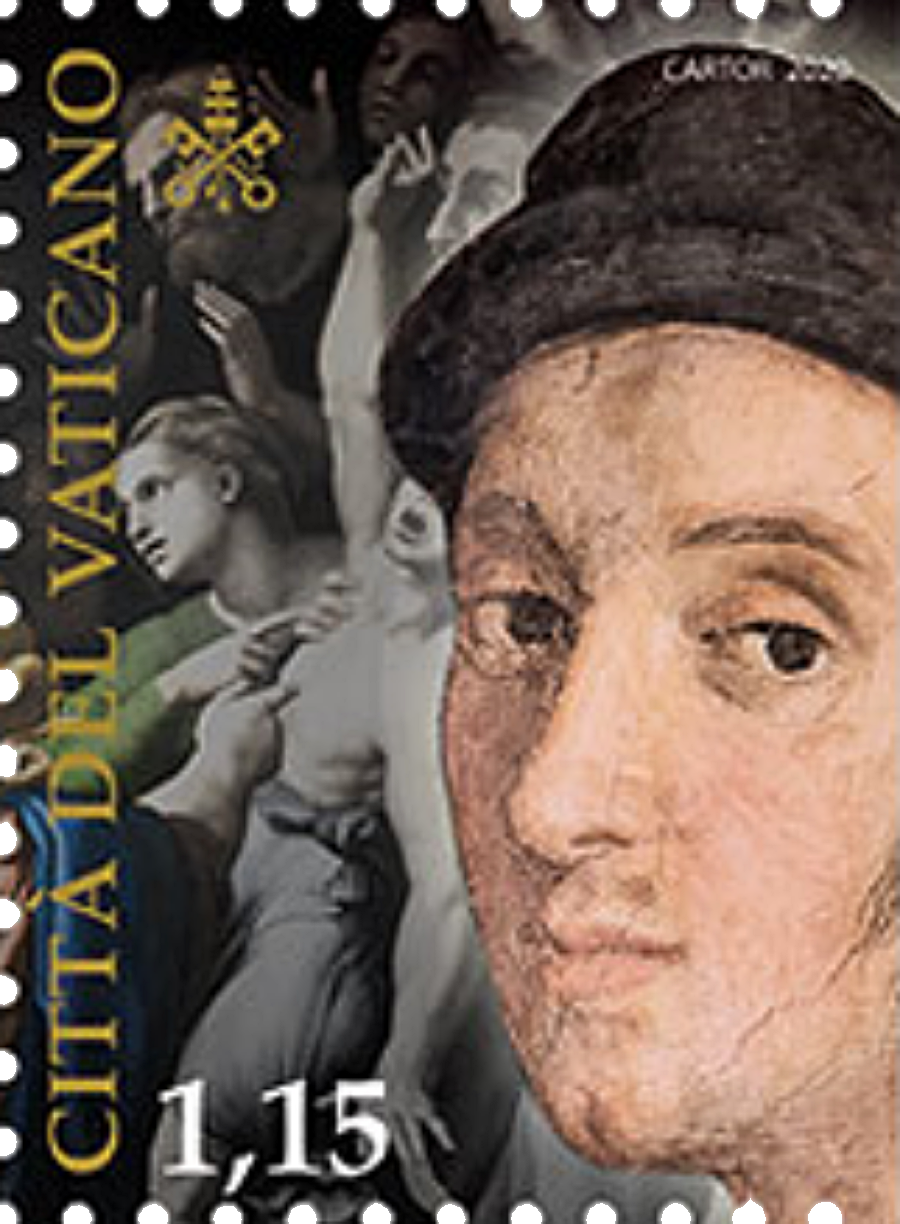