China Post is scheduled to issue a set of 1 commemorative stamps (small sheets) of the Eighth Congress of the All-China Stamp Collecting Federation on June 18, 2020. Details are as follows: 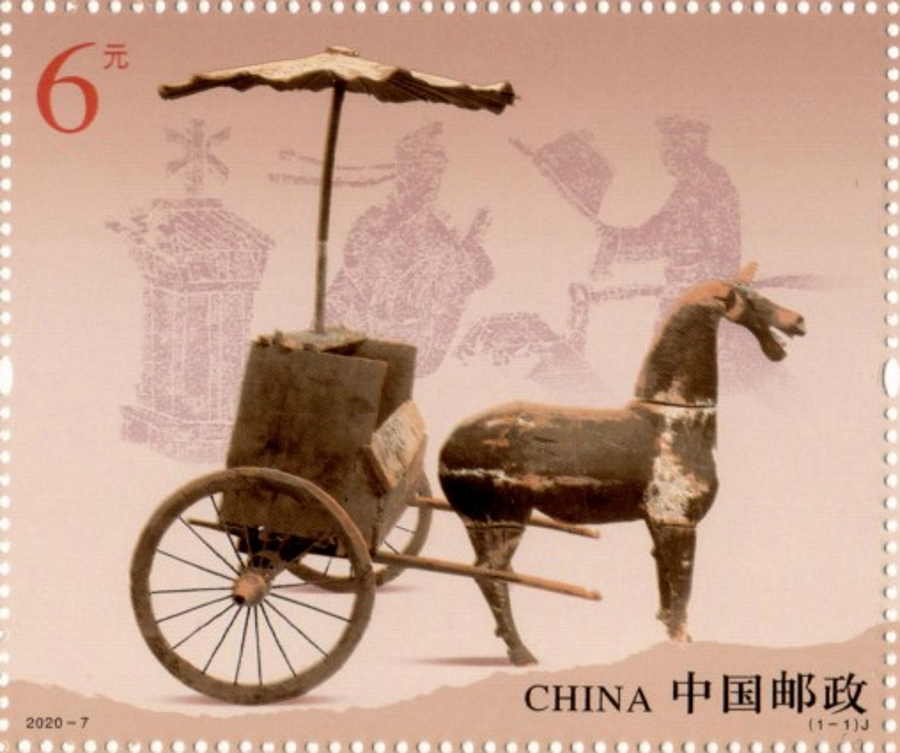 The All-China Philatelic Federation, the National Philatelic Federation, and the All-China Federation in English, ACPF. Established on January 30, 1982 with the approval of the State Council, it is a national social organization formed voluntarily by the philatelic associations of all provinces, autonomous regions and municipalities directly under the Central Government and the national industrial philatelic organizations. The operational unit in charge is the Ministry of Transport and the State Post Office, which is under the operational guidance and supervision and management of the Ministry of Civil Affairs.

This set of stamps is designed with the main performance elements of the Han Dynasty wooden cart in the Qinghai Provincial Museum collection, which was unearthed in the summer of 1977 at the Xipengjiazhai Han Tomb in Xining City, Qinghai Province. The wooden car is a kind of transportation used by ancient chinese officials and postal collectors, and can also be regarded as the epitome of the han Dynasty postal travel and transportation means. The stamp ornaments selected the part of the “Welcome Map” of the portrait tiles of the Tomb of Minnan Han, which contains the early image of the watch and the scene of the officials travelling in wooden carts, and the background color is complemented by the tones of the warm color system, highlighting the historical distance of cultural relics, and also reflects the solemnity of the 8th Congress of the All-China Stamp Federation.

The set of stamps was designed by Ma Lihang, Beijing Stamp Factory photo-glue printing process. Break through the norm in printing, the ordinary technology, to the extreme. The combination innovation of traditional printing technology is realized by means of photocopying and offset overprinting. At the same time, in the ultraviolet light to create a museum viewing effect, the light converges in the wooden cart, light and dark staggered, as if through the millennium history. The “2020” stamp on the ticket, recorded under the philatelic union eight held a special year.