China Post is scheduled to issue a set of 5 special stamps for “Astronomical Phenomenon” on June 21, 2020. Details are as follows: 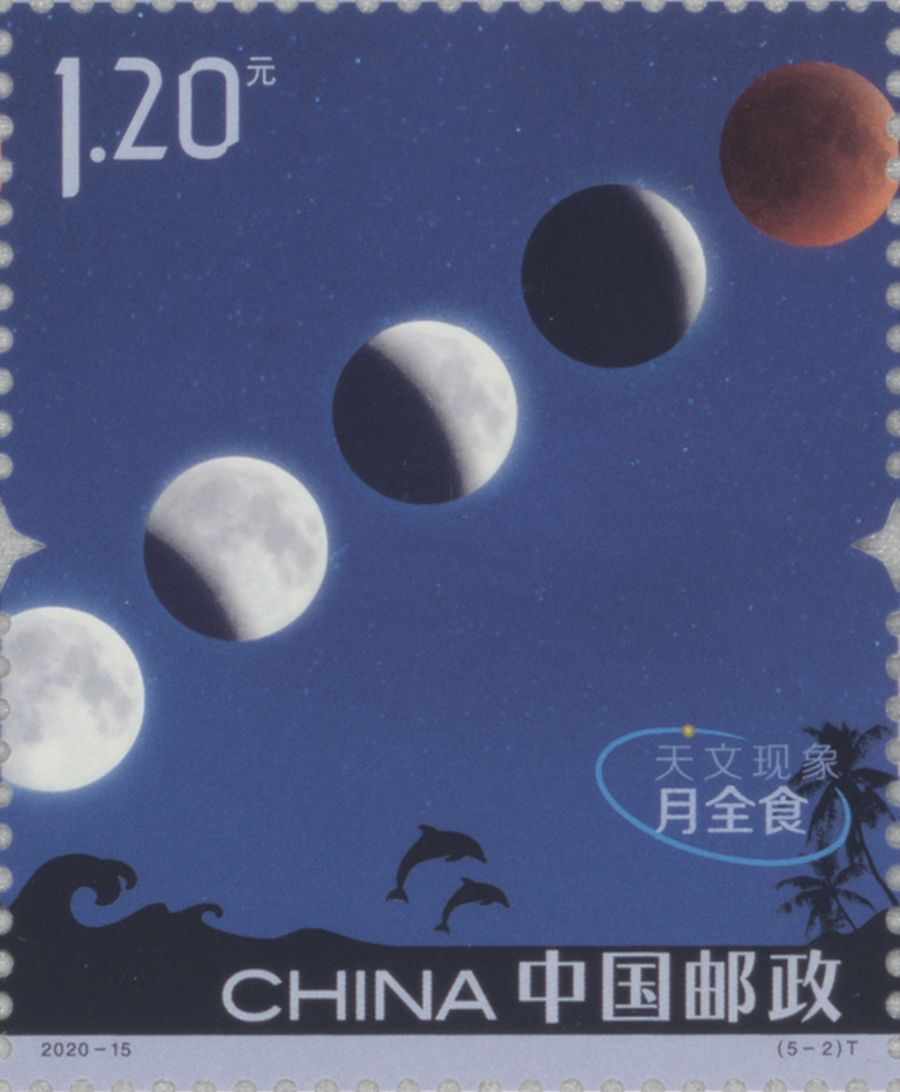 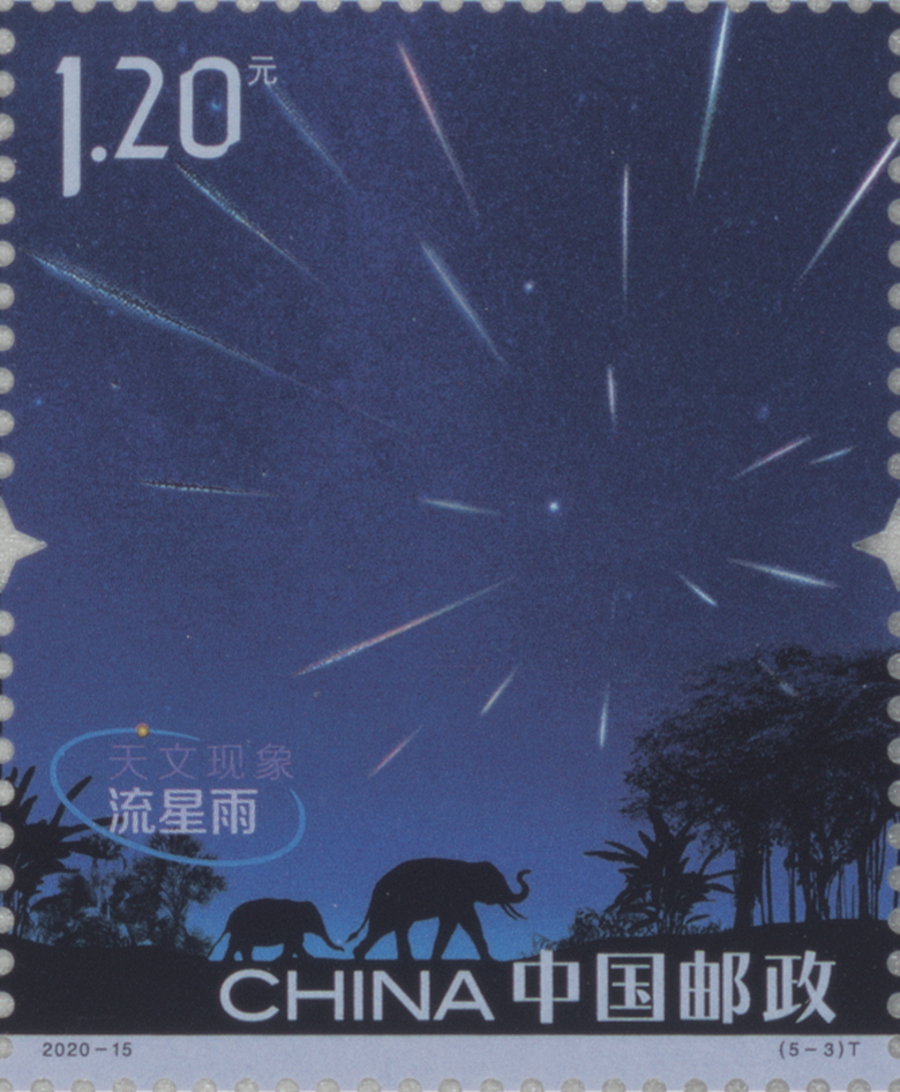 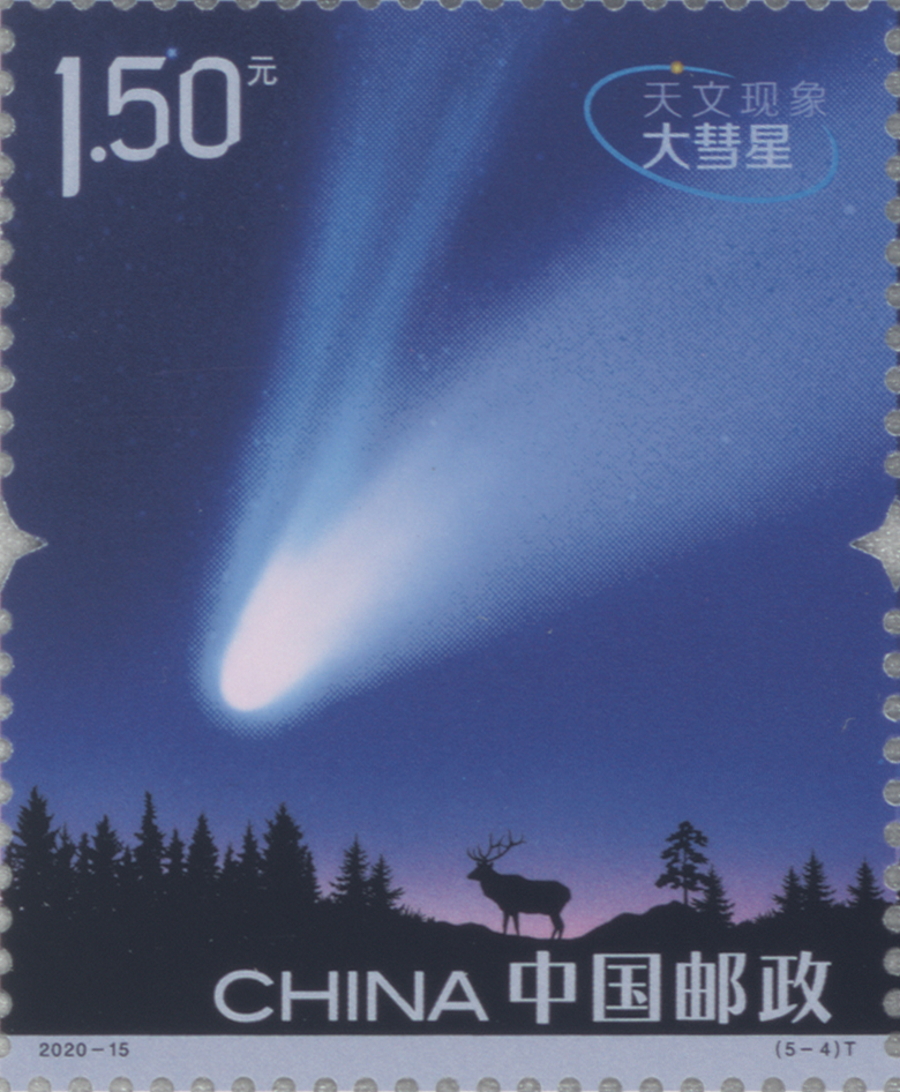 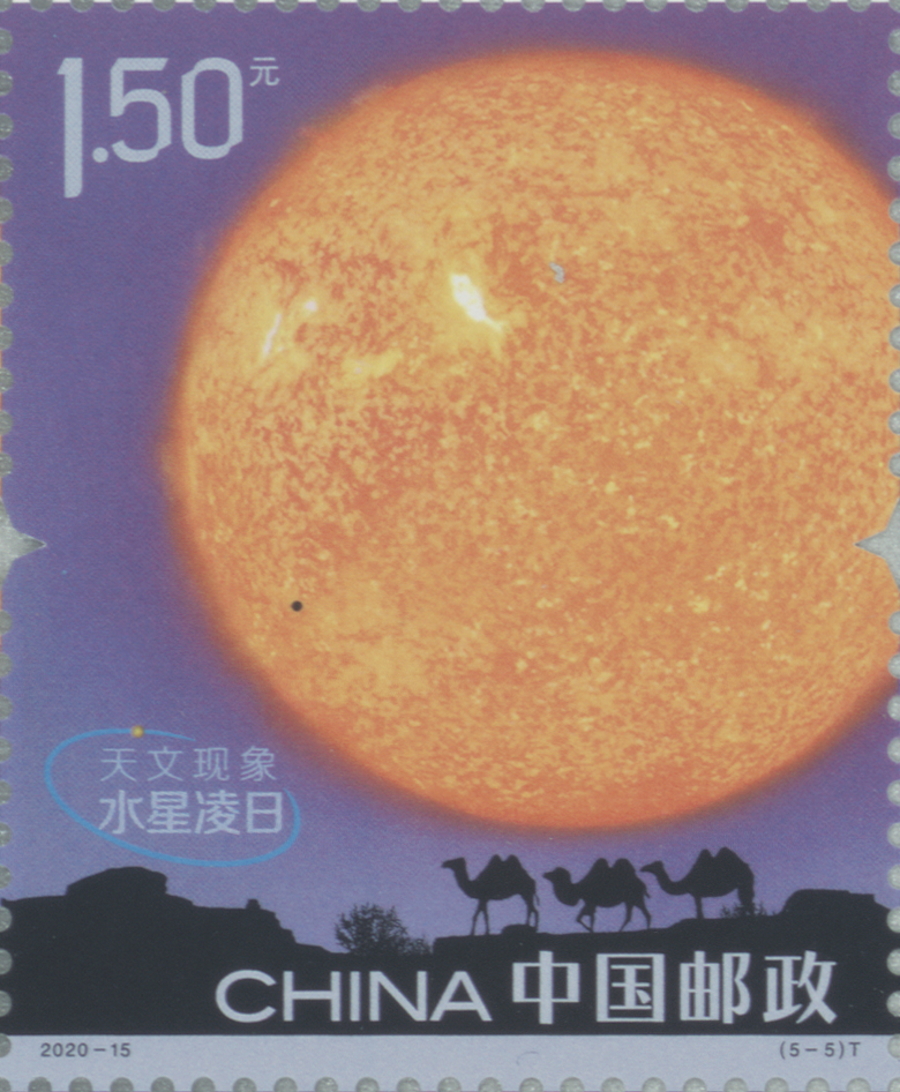 China Post is scheduled to issue a set of five special stamps for Astronomical Phenomenon on June 21, 2020. Full face value of 6.60 yuan. The planned circulation is 8.3 million units.

An astronomical phenomenon is a special phenomenon caused by an object reaching a specific location (objective position) or state. The influence of astronomy on human social progress is greater than many of us realize. For example, astronomy is the oldest natural science of mankind, because of the mastery of the time only the age of farming. China has created the world’s most brilliant agricultural civilization because of the development of ancient astronomy.

An eclipse occurs when the sun, the moon, and the earth line up and the moon lies between. Solar eclipses occur almost every year, but are sometimes visible and sometimes invisible due to time, place, and weather. The eclipse is divided into total, ring and partial eclipses. The first “solar eclipse” of the stamps will appear in China on June 21 this year.

The principle of a lunar eclipse is similar to that of a solar eclipse. On the fifteenth and sixteenth of the lunar calendar, the moon moves in the opposite direction to the sun. At this point, if the center of the earth and the moon is roughly in the same straight line, the moon will enter the Earth’s shadow and produce a total lunar eclipse. The second “total lunar eclipse” of the stamp reproduces the eclipse with five missing-to-round moons.

Tiny dust from interstellar space breaks into the atmosphere at high speed, rubbing heat with atmospheric molecules to create incandescent light that forms a short-lived bright band that occurs as it crosses the sky. The third “meteor shower” of the stamp recreates the gorgeous meteor shower scene at a hedge perspective.

Comets, like planets, are objects that orbit the sun. Comets have tails because they are released from highly active material on their surfaces. Comet nucleus is a combination of active substances such as water, ice and dust, which evaporate under the influence of solar heat to form a very thin atmosphere, known as cometary hair. The fourth “Big Comet” is stamped, also known in ancient China as the Broom Star, meaning that the great comet lands like a broom. The comets in the picture are comet nuclei, comets and tails.

Mercury runs between the Earth and the Sun, which are connected in a straight line, and the rays cast by the sun are blocked by Mercury. From Earth observation, a small black spot forms on the sun, known as mercury day. The fifth “Mercury Day” of the stamp looks at Mercury’s dark shadow from a telescope’s perspective, recreating Mercury’s journey through the sun.

The set of stamps was designed by The original Yishan and printed by Henan Post and Telecommunications Printing Factory. Different “astronomical” concepts are presented through the printing process. For the first time, solar eclipse stamps cleverly use high-brightness craft materials to create a bright, glowing effect on the edges of the eclipse. In a total lunar eclipse stamp, night ink is used to show the moonlight effect of different brightness during a full moon and a total lunar eclipse. The three-dimensional phantom material of the meteor shower stamp highlights the effect of the meteor shower, which is sometimes a thousand miles long and flashing. The special materials of the Great Comet Stamps show the rich layers of the Great Comet, as if the starry sky at night shines in a fascinating light. Mercury Ling Day stamp dark blue background original depth of field transparent material, baked face three-dimensional level visual effects. Under the light of ultraviolet light, you can clearly see the line fluorescence effect of the black silhouette of the whole stamp. 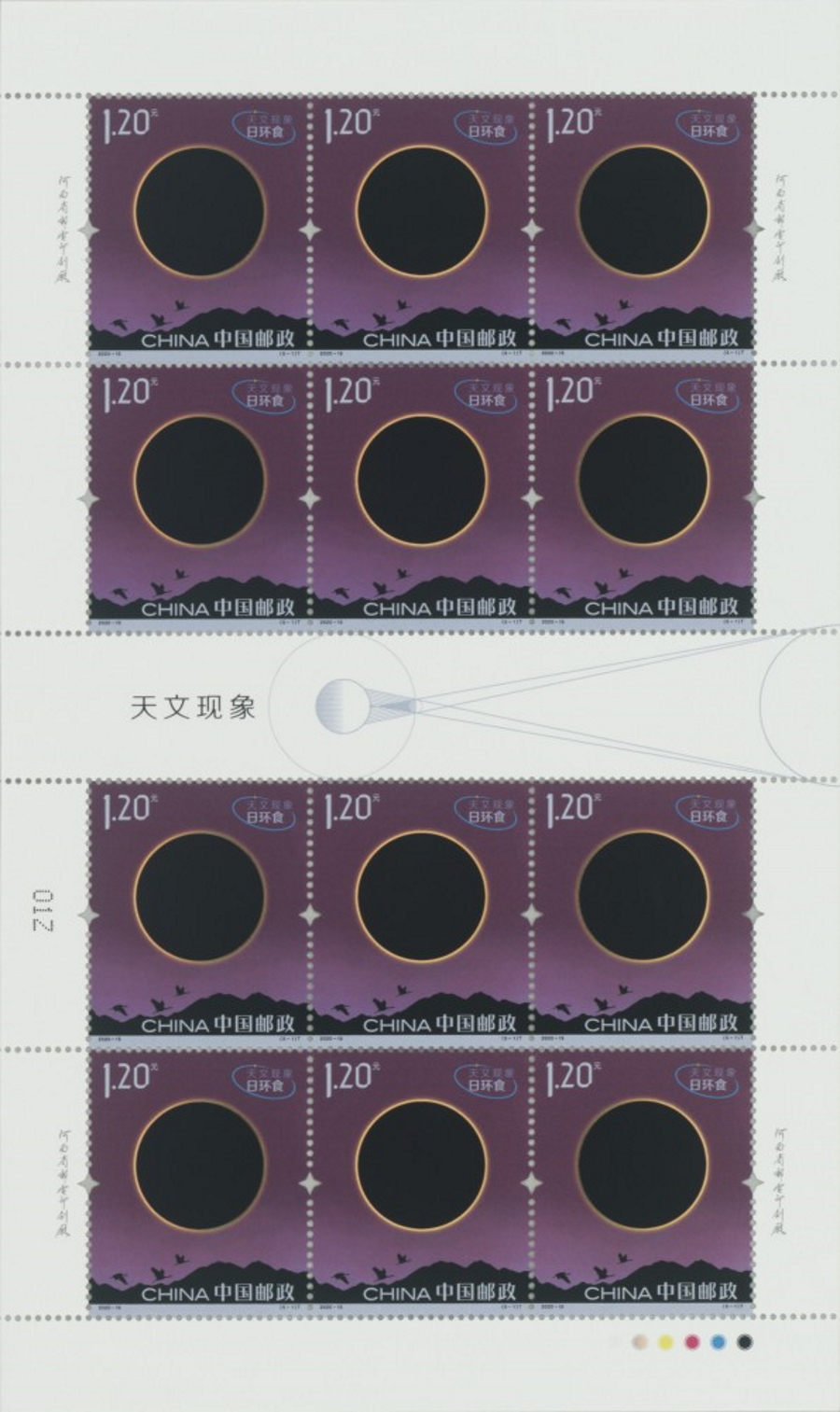 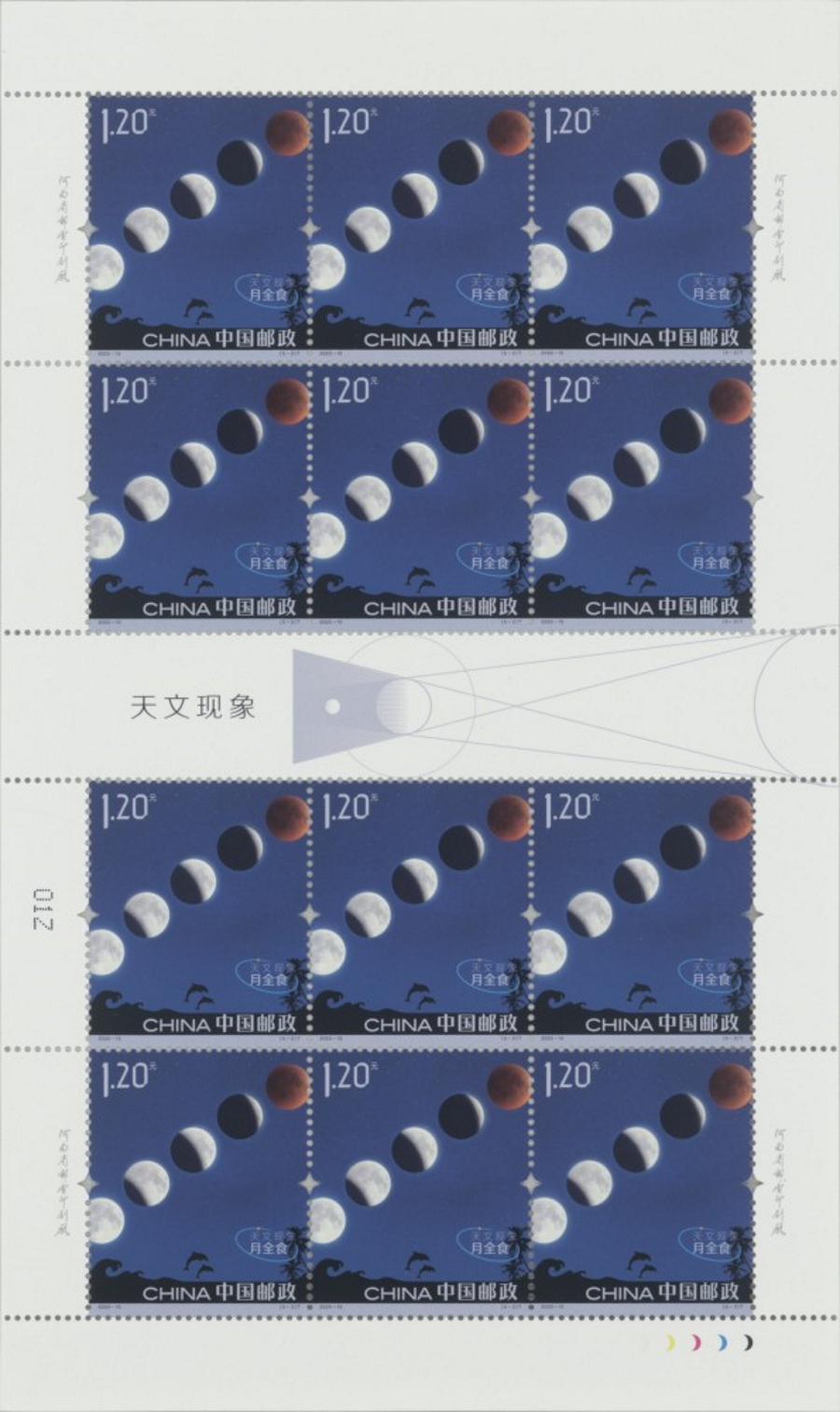 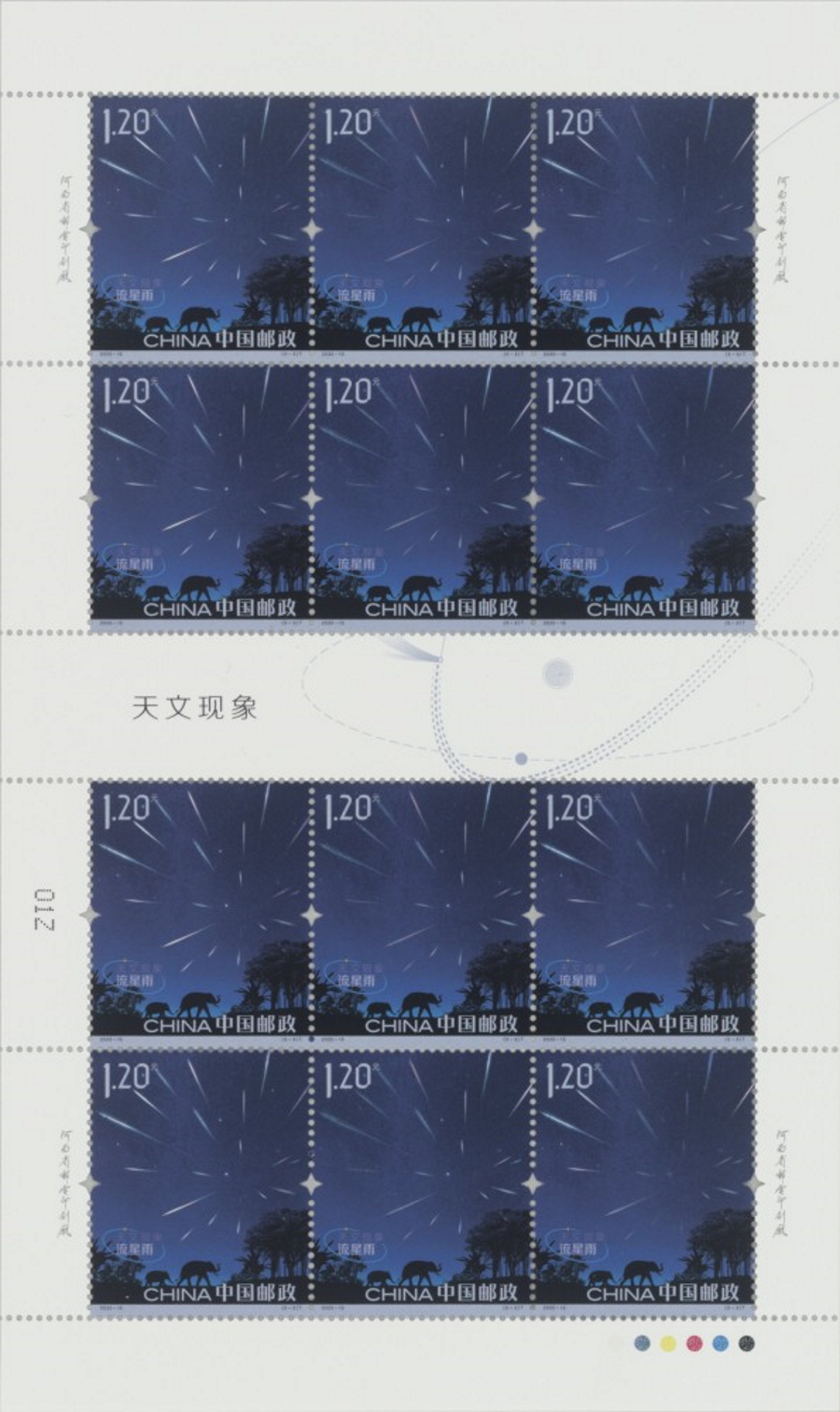 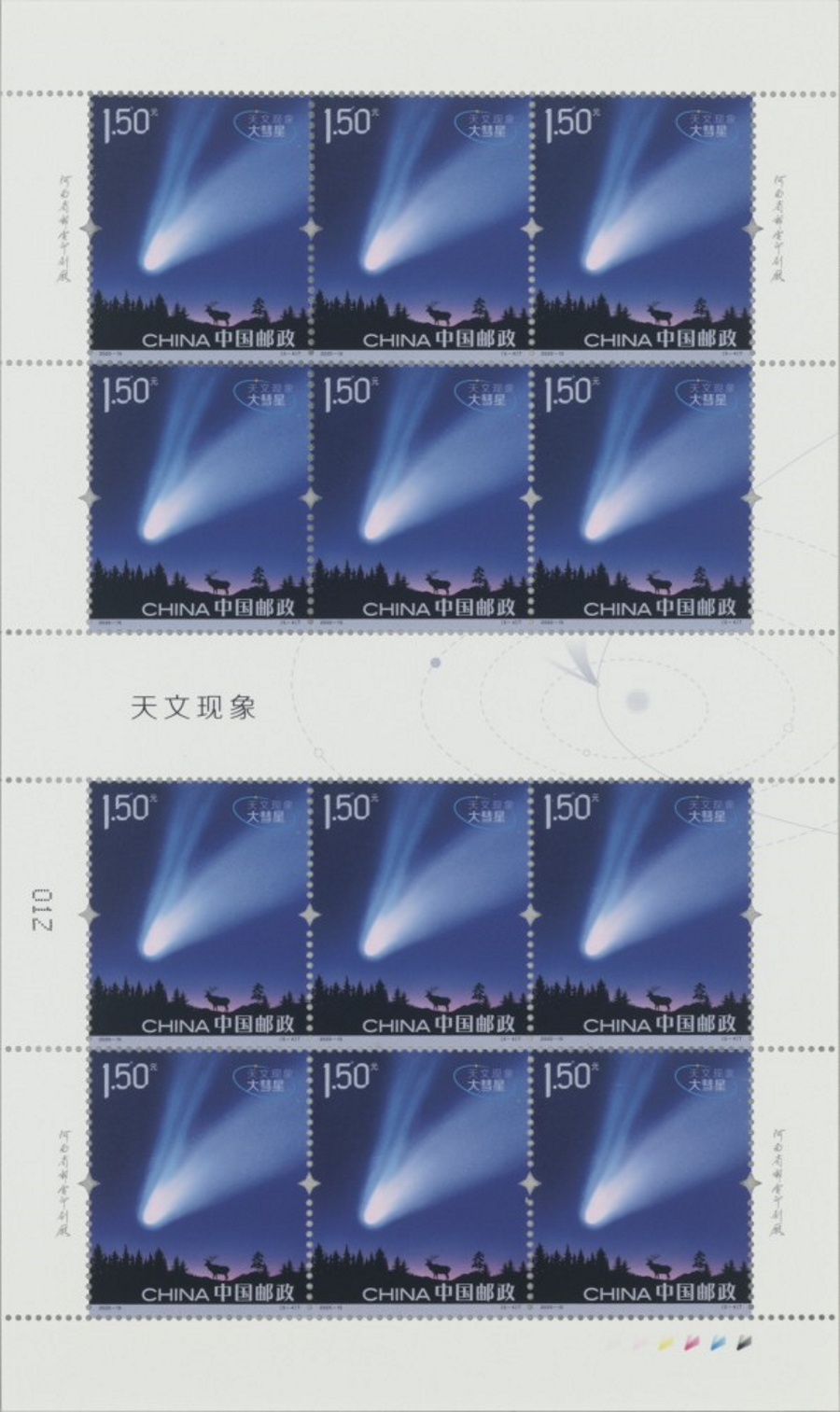 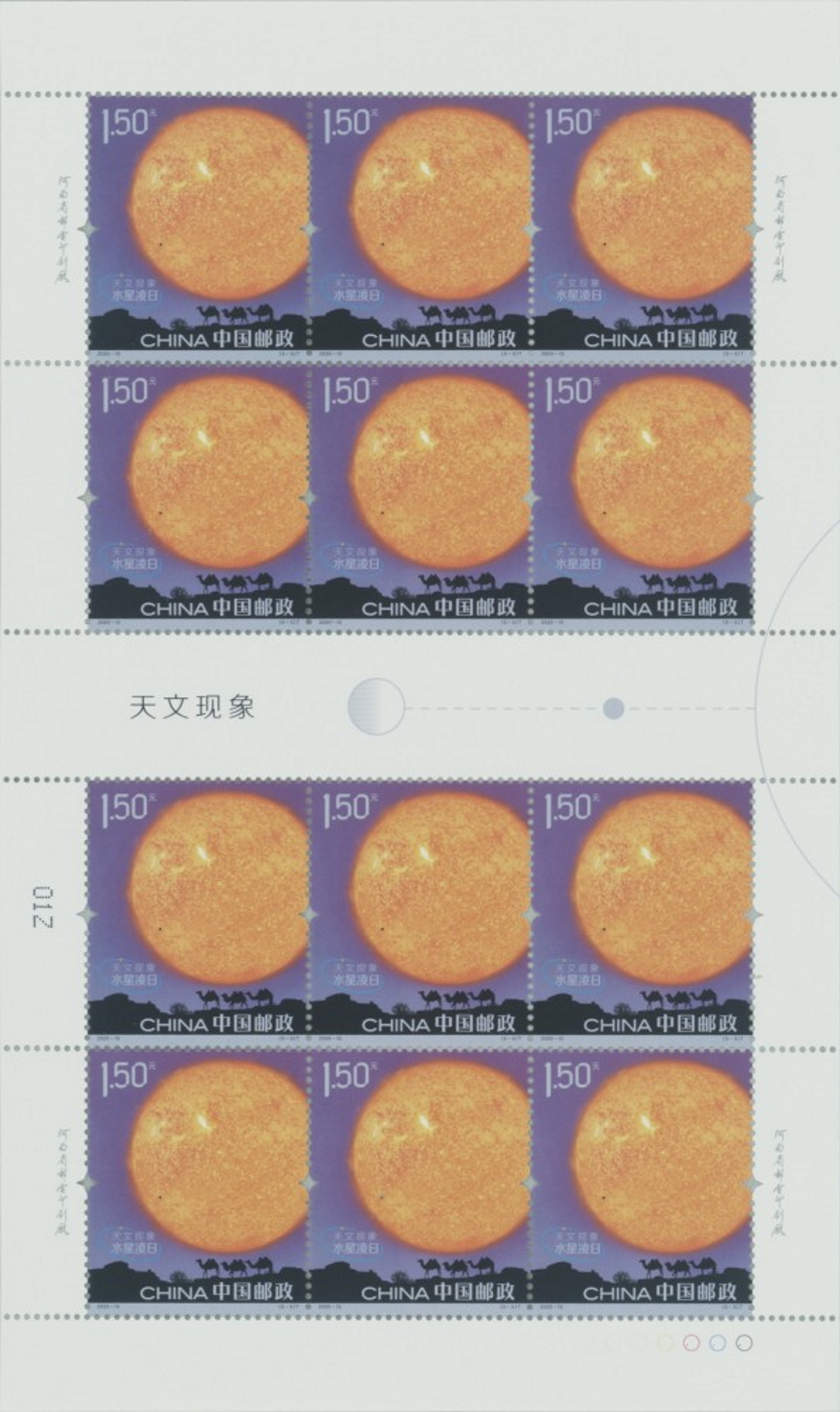