Vesna is the Slavic goddess of spring and youth, which brings spring joy after a cold winter. Its power is over the sun’s heat, which restores nature in which with spring everything swells and green. The earth opens up and establishes a living connection between the plant world and the underground in which plant treasure and wealth are hidden.

Vesna aligns heart and sanity, repairs health impaired in the winter period. With the arrival of spring, people become good and gentle, nurturing respect and friendship with each other. In honor of the goddess Vesna girls dressed in clothes made of grass and flowers. Her flower is dandelion, and the bird is a swallow.

Dandelion (Taraxacum) is a herbaceous perennial from the family of heads. It has jagged leaves in a ground-floor rose from which rises a stem with a yellow flower head. After flowering, the seed appears in the form of an air ball with many seeds. It grows on meadows, along roads, in parks and gardens. All parts of dandelion (root, plant in bloom and flower) are medicinal, and its healing properties are dependent on the season. Young dandelion leaves are used to prepare a salad, and from the flowers is prepared syrup similar to honey.

Croatian Post d.o.o. Mostar issued a commemorative postage stamp in the block with 1 brand, stamp and envelope on the first day (FDC). Brands and accompanying materials can also be purchased online at www.epostshop.ba. 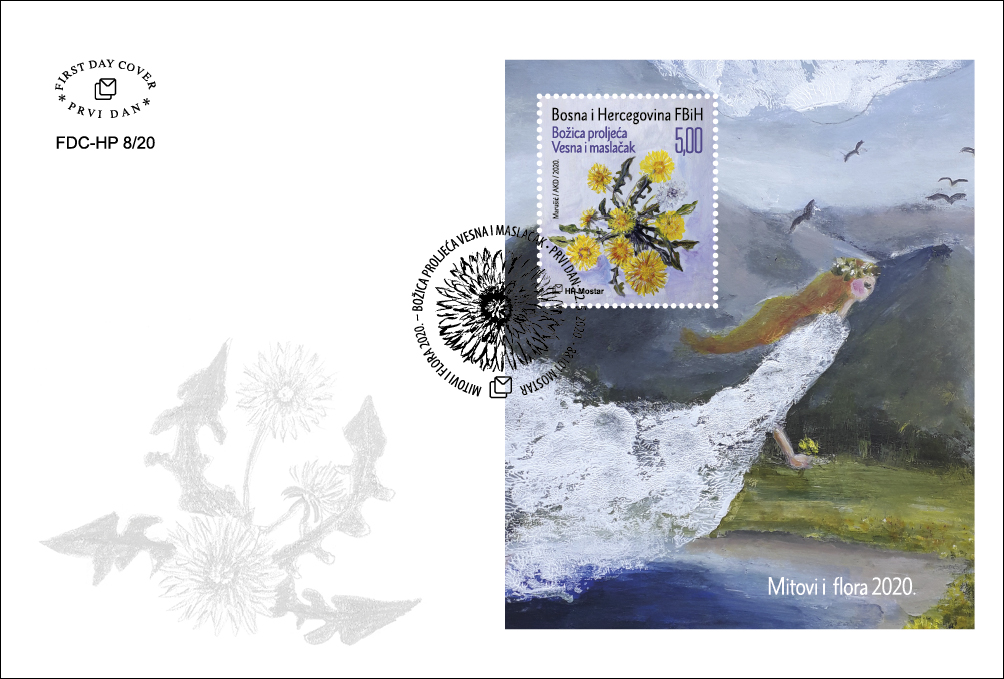 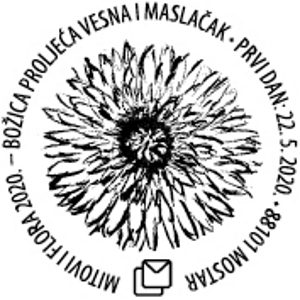