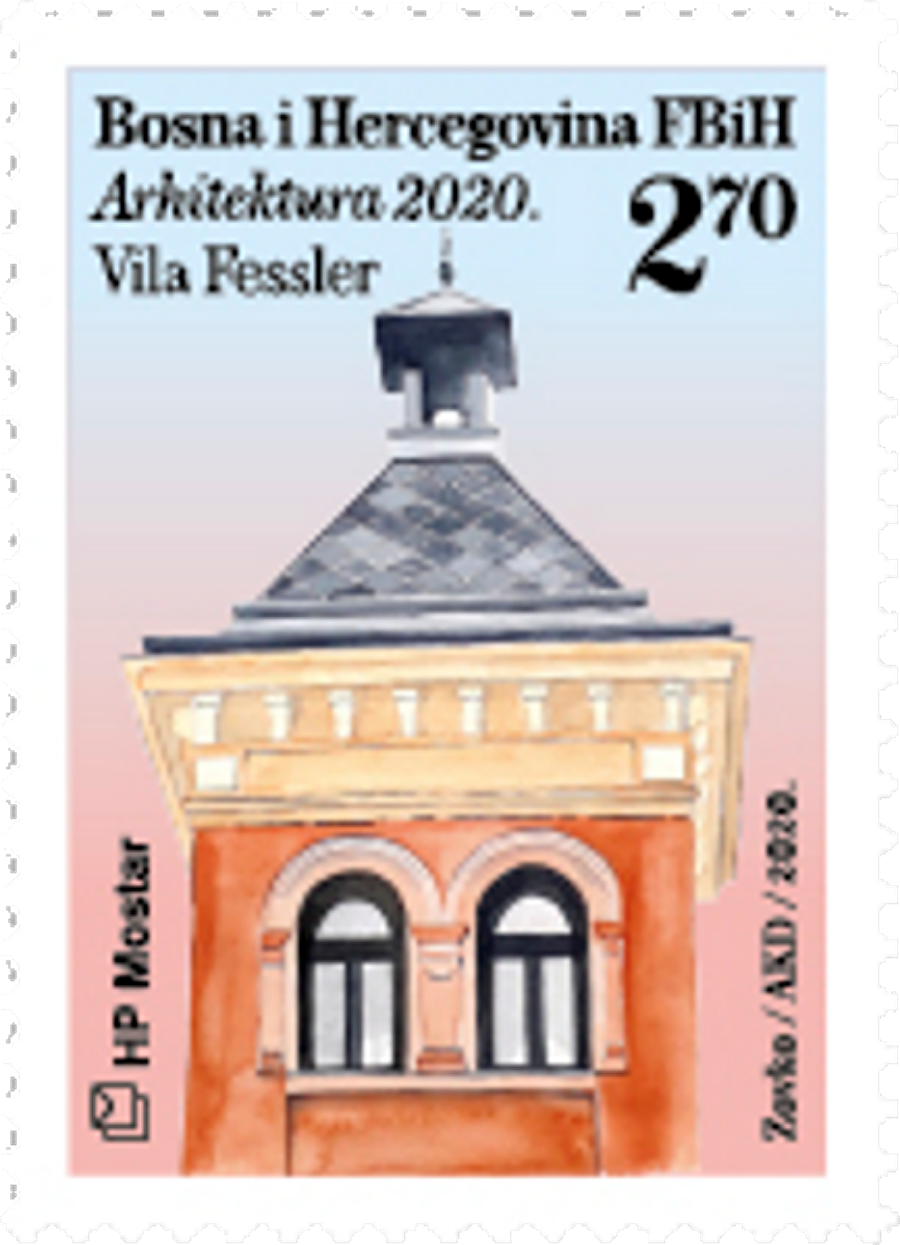 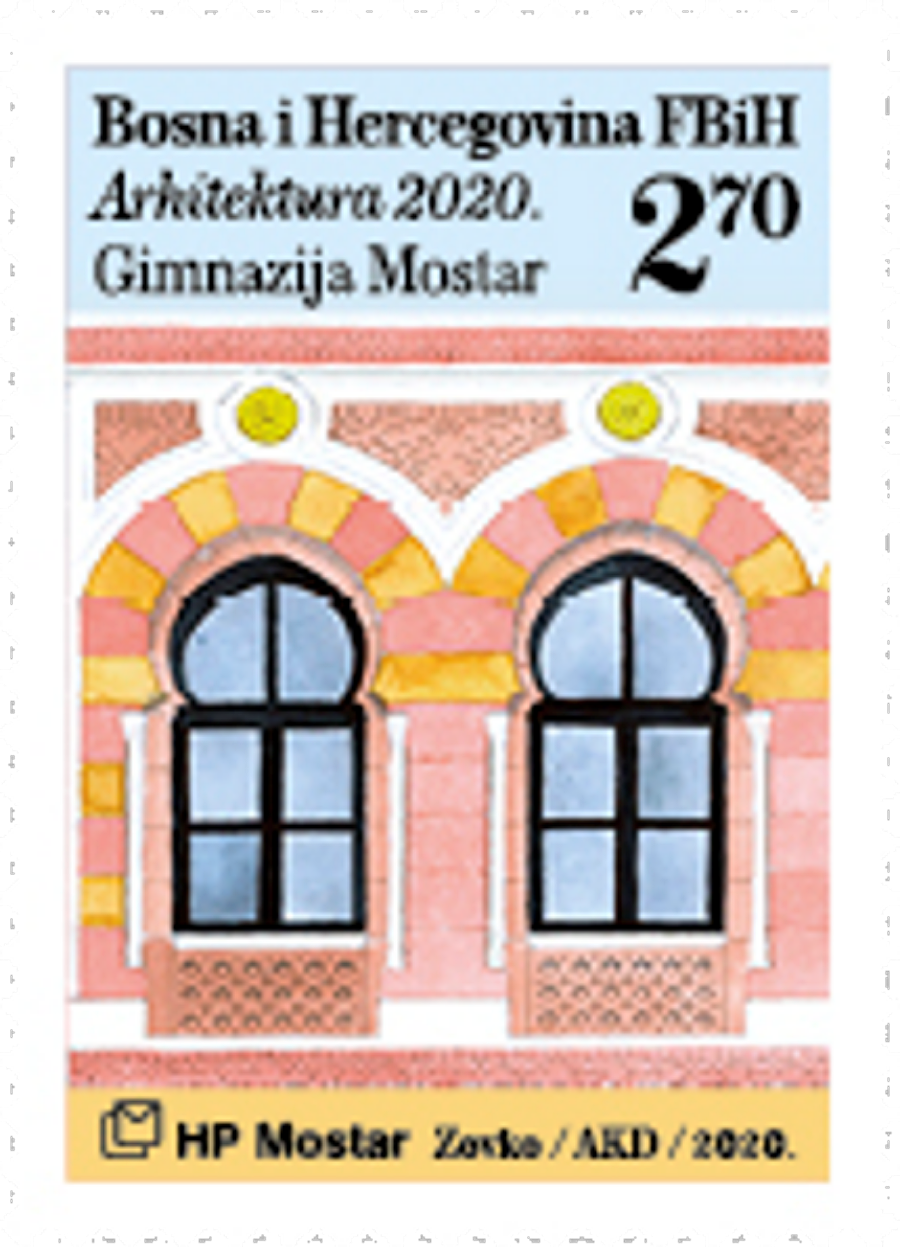 With the arrival of the Austro-Hungarian administration in Bosnia and Herzegovina in 1878, the Mostar is experiencing urban development. The first professional builders who bring with them knowledge from developed European cities appear. They create a new urban structure and make Mostar a city that does not lag behind other Central European cities at the turn of the 19th century. In the 20th century, the umuah the 1 Century.

In 1897 Rondo was built, today the Square of Croatian Greats, the busy center of the city from which 6 streets continue, which spread like rays from the circular area of the square. In one of them, called Stephanie Alee, in the same year, construction entrepreneur Eduard Fessler built a neo-obar-style villa. This one-storey villa is rich in decorative elements, and its lovable architectural unit blended perfectly into the then newly renovated square. Today it is located the headquarters of the Rectorate of the University of Mostar.

On the same street was built the building of today’s Gymnasium Mostar, which is considered the most representative public building built in Mostar during the Austro-Hungarian administration. On the floor plan the building is a three-piece composition, and it was built with respect to all european standards in construction at the time. The picturesque decoration of the façade in neomaurus style is particularly striking. The gymnasium was built from 1897 to 1899. By 1902, he had been a leading according to the project of architect Franz Blažek.

Croatian Post Office d.o.o. Mostar issued two commemorative postage stamps in the ark of 8 marks, the stamp and the envelope on the first day (FDC). Brands and accompanying materials can also be purchased online at www.epostshop.ba. 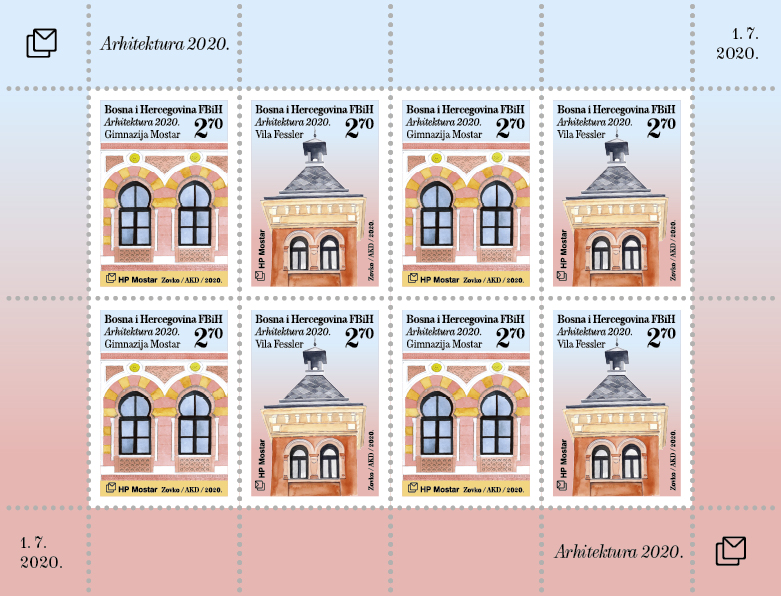 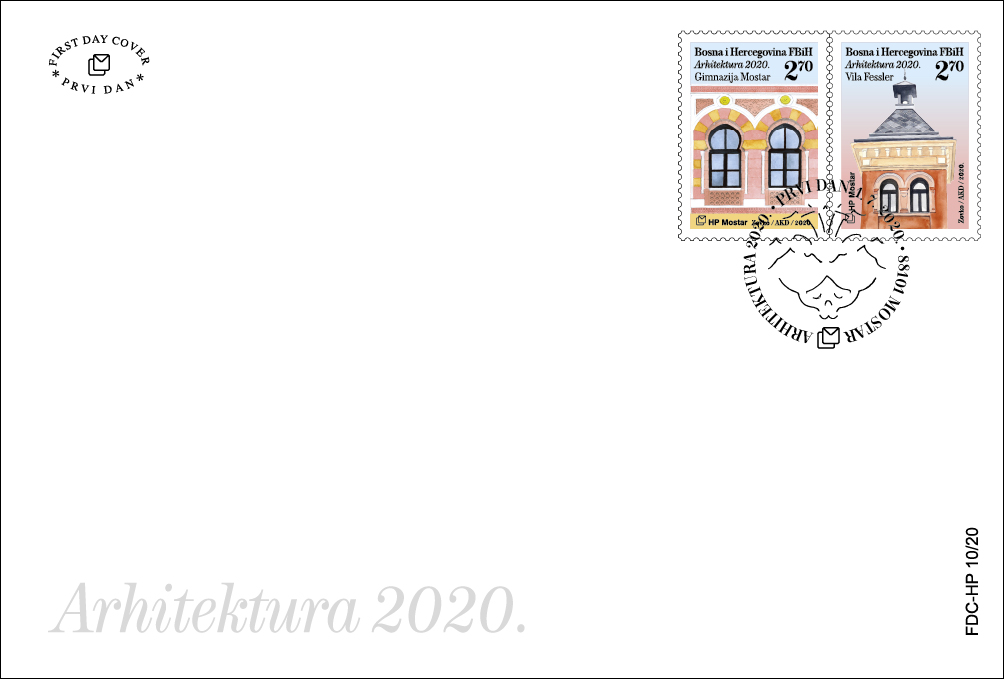 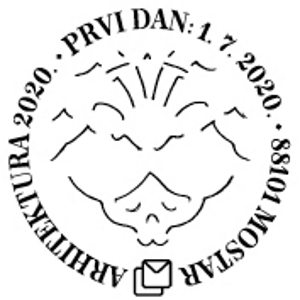