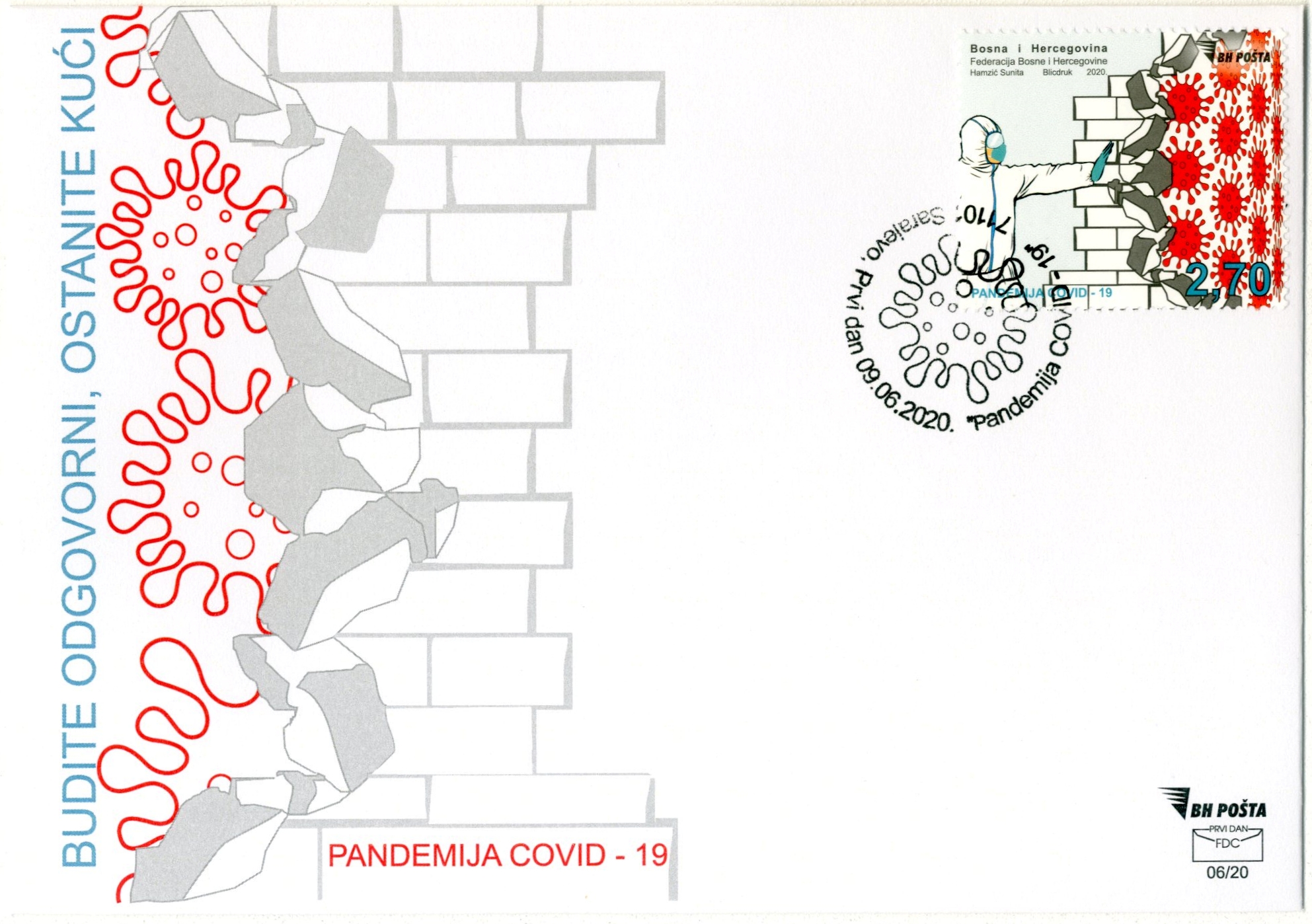 PLEASE NOTE: The stamp pictured below was NOT officially released by BH Pošta although it was claimed to have been issued on several different occasions dating back to 10 April 2020 and most recently on 1 June 2020.  There has NEVER been any mention of it on the BH Pošta website and queries to the postal administration have gone unanswered.  It has been pictured in various online forums and on social media as well as being sold via outlets such as eBay. The BH Pošta personalized stamp service was NOT in operation during most of March, April and May. It has been mentioned that this was printed under the auspices of the Association of Philatelists and Numismatics of Sarajevo Canton. It carries no postal validity. It is included here for the sake of “completeness”: 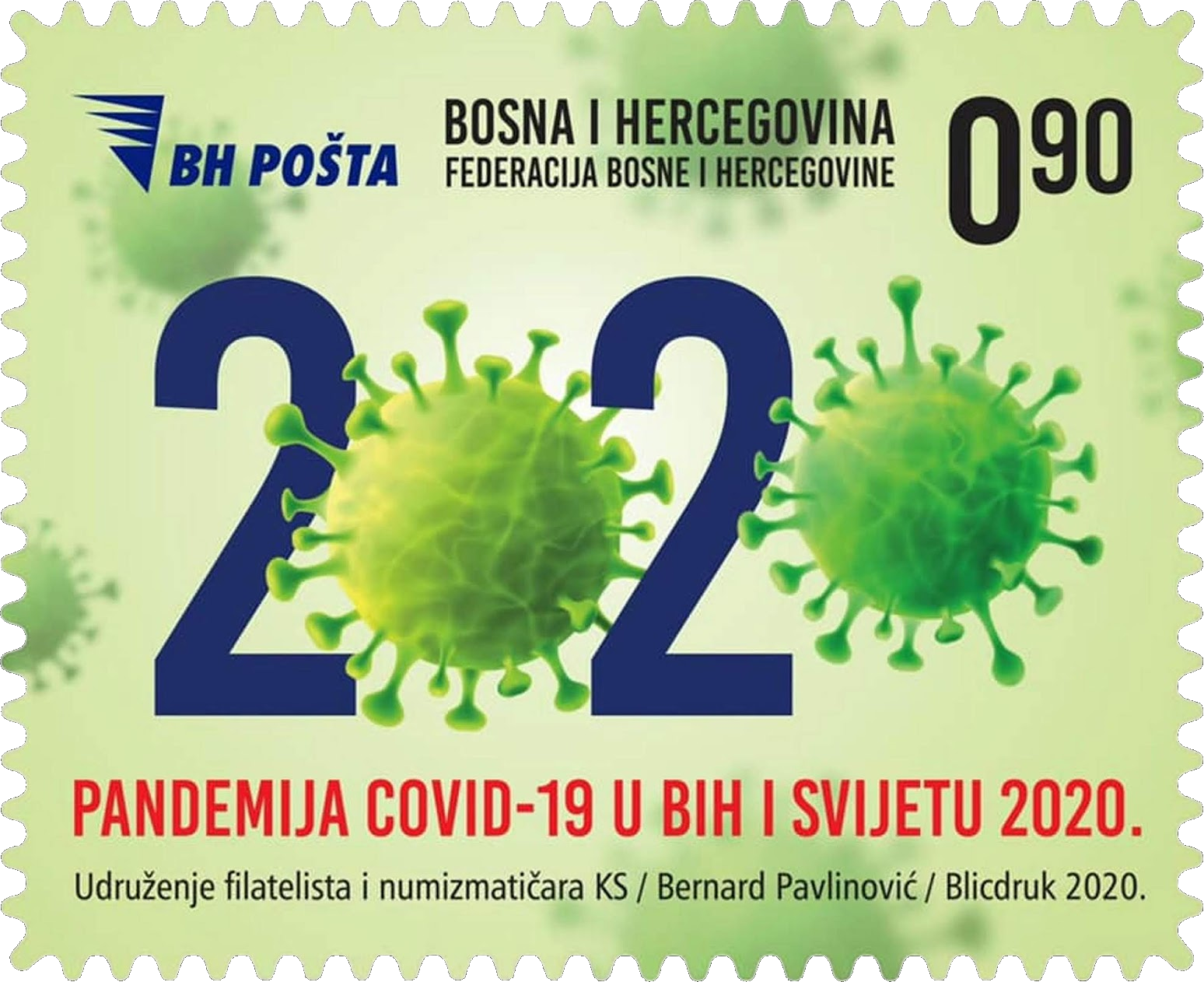 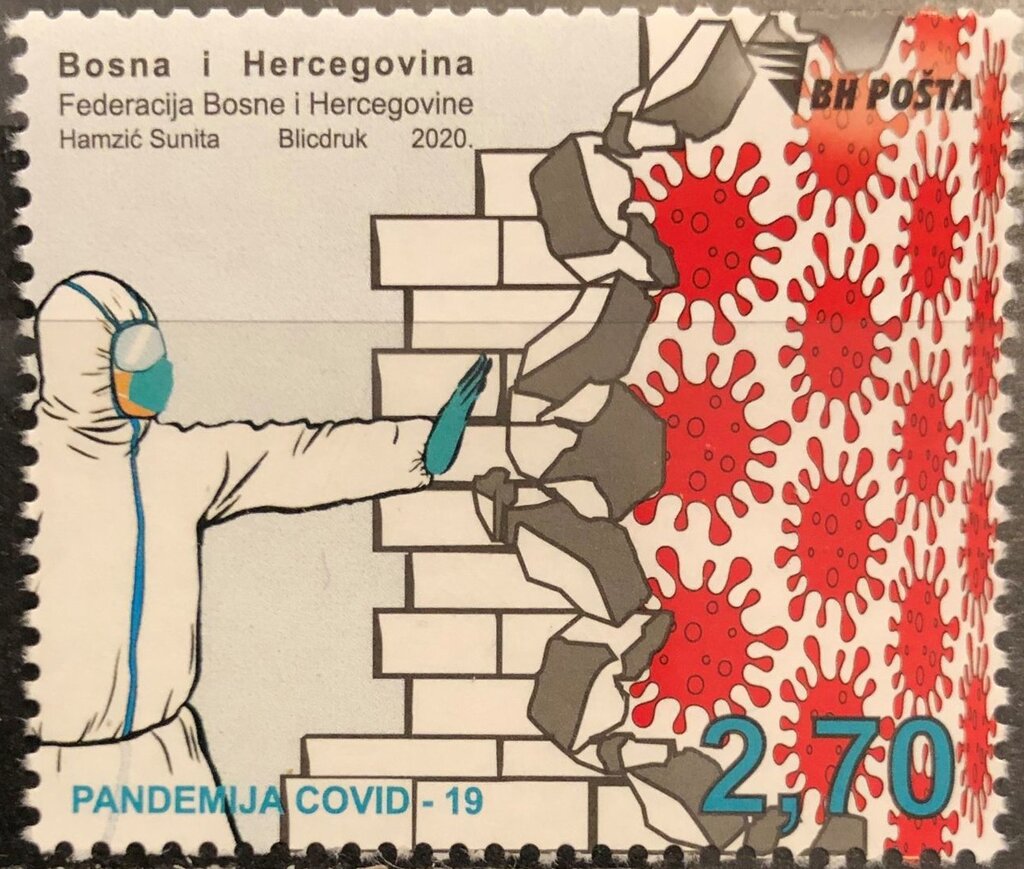