Football — The Ball That Unites

Theme : Football is one of the most popular sports in Belgium. Many Belgians are committed to this. Football builds bridges. We want to put forward this connecting atmosphere in this stamp issue.
Stamp : Graphic representation of the football stand showing the bustling atmosphere of the football stadium. The emphasis here is on the football scarves that wear the Belgian colours. Sheet: Graphic representation of the football field with three football scarves, each in a color of the Belgian flag.
Creation : Pyotr (Pieter Willems)
Stamp size : 30mm x 60mm
Size of the leaf : 170mm x 130mm
Classification of the leaf : 5 stamps
Value 1 destination Europe
For normalised shipments up to 50g
Paper : gumped white FSC
Tanding : 11 1/2
Printing process : Offset
Issue date : 15 June 2020
Repro and print : bpost Philately & Stamps Printing

Football, a sport which has been played in Belgium since the end of the 19th century, is the country’s most popular sport. The national association was founded in 1895 with the intention of bringing some order and organization to the sport. The first match of the Belgium national team was played on 1 May 1904, a 3–3 draw against France.

Traditionally, the clubs Anderlecht, Club Brugge and Standard Liège are the three most dominant domestic teams, all of them also having played and/or won one or more European Cup final(s). Except for Standard Liège and Charleroi, most professional clubs have Flemish backgrounds.

Both the national football team and the top Belgium division have a reputation for physical play. This came as a result of a lack of technically skilled foreign players allowed to play in Belgium due to legal restrictions. This changed after the Bosman ruling which forced the liberalization of the football player market in Europe. In response, Belgian clubs began to buy unknown players from Eastern Europe, South America and Africa. This had two contradictory consequences. On the one hand, the national team was weakened by the reduced opportunity for native Belgium players to gain a spot on domestic teams. On the other hand, the Jupiler League reinforced its status as an entry league for players who then move on to some of the greatest European clubs.

Indeed, some of the most talented players in Europe have played in Belgian clubs, including Yaya Touré, Jean-Pierre Papin, Daniel Amokachi, Antolín Alcaraz and David Rozehnal were discovered at Club Brugge; Sunday Oliseh and Victor Ikpeba at RFC Liège; Jan Koller, Nii Lamptey and Aruna Dindane at Anderlecht; and Mido at Gent.

The Belgium national football team officially represents Belgium in men’s international football since their maiden match in 1904. The squad is under the global jurisdiction of FIFA and is governed in Europe by UEFA—both of which were co-founded by the Belgian team’s supervising body, the Royal Belgian Football Association. Periods of regular Belgian representation at the highest international level, from 1920 to 1938, from 1982 to 2002 and again from 2014 onwards, have alternated with mostly unsuccessful qualification rounds. Most of Belgium’s home matches are played at the King Baudouin Stadium in Brussels.

Belgium’s national team have participated in three quadrennial major football competitions. It appeared in the end stages of thirteen FIFA World Cups and five UEFA European Championships, and featured at three Olympic football tournaments, including the 1920 Olympic tournament which they won. Other notable performances are victories over four reigning world champions — West Germany, Brazil, Argentina and France — between 1954 and 2002. Belgium has long-standing football rivalries with its Dutch and French counterparts, having played both teams nearly every year from 1905 to 1967. The squad has been known as the Red Devils since 1906; its fan club is named “1895”.

During the national player career of forward Paul Van Himst, the most-praised Belgian footballer of the 20th century, Belgium took third place at UEFA Euro 1972. After that, they experienced two golden ages with many gifted players. In the first period, which lasted from the 1980s to the early 1990s, the team finished as runners-up at UEFA Euro 1980 and fourth in the 1986 World Cup. In the second, under guidance of Marc Wilmots and later Roberto Martínez in the 2010s, Belgium topped the FIFA World Rankings for the first time in November 2015 and finished third at the 2018 World Cup. 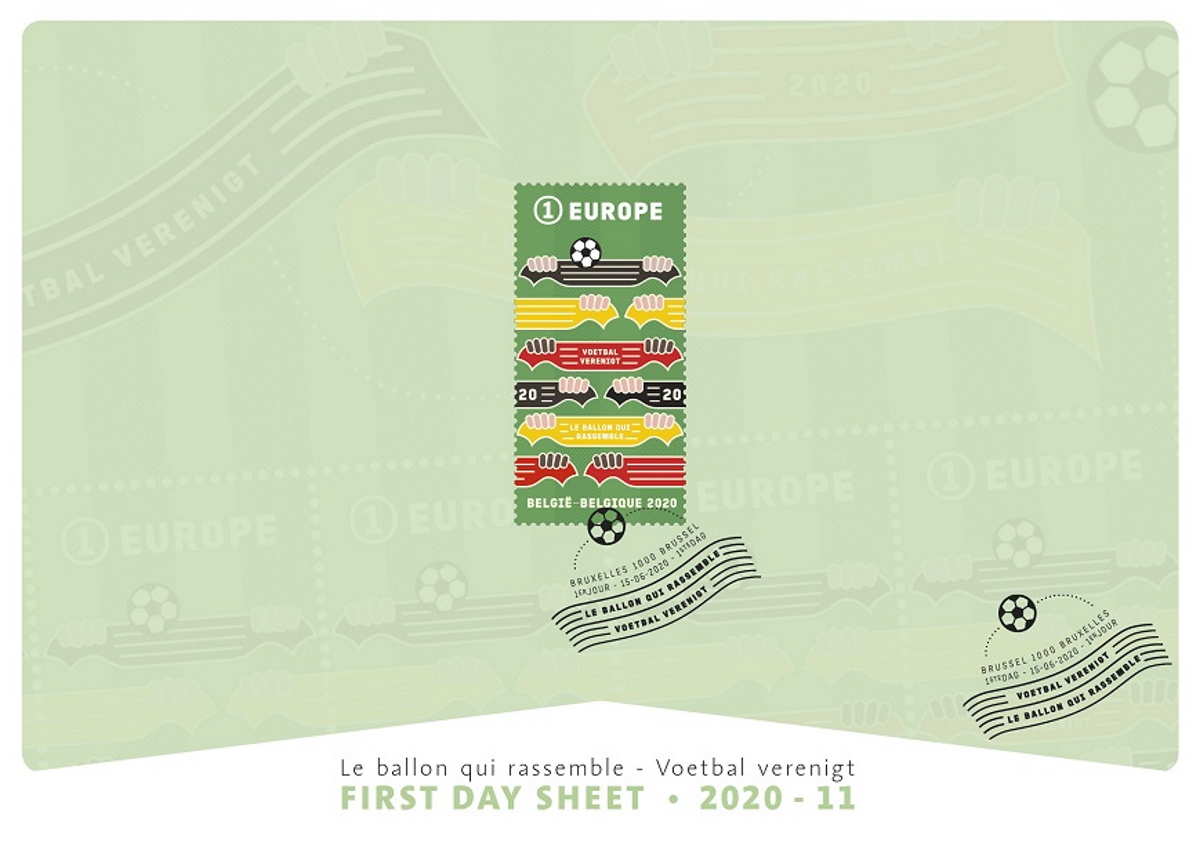