Paleontology is the scientific study of fossil remains of plants and animals. Its main task is to study and reconstruct on the basis of the found remains the habitus, biological features, methods of nutrition and reproduction of extinct animals, as well as to restore the course of their biological evolution.

Fossils of a large variety of theroid reptiles of different eras of the Earth geological history have been found on the territory of modern-day Russia and characterized.

The postal stamps provide images of fossil remains and reconstructed images of Inostrancevia, Pliosaurus rossicus, the woolly mammoth and the Giant Deer. 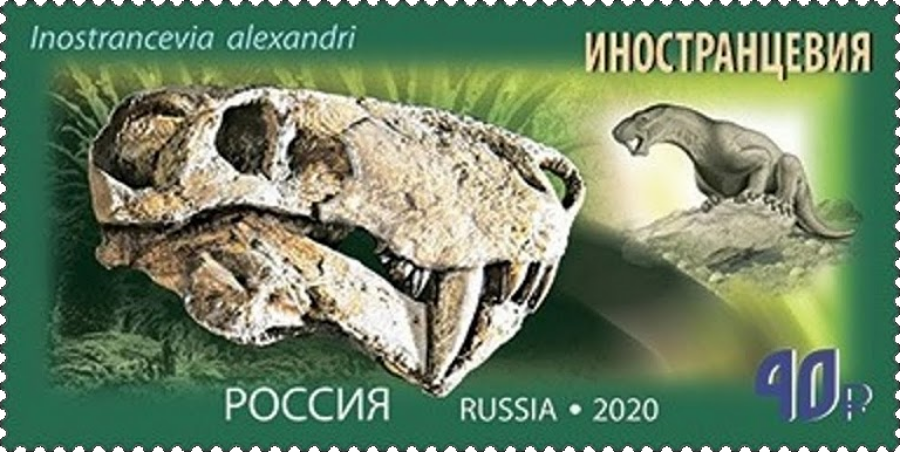 Inostrancevia is an extinct genus of carnivorous therapsids, containing the largest members of the family Gorgonopsidae, predators characterized by long, saber-tooth-like canines. The various species inhabited northern Russia during the Upper Tatarian (Vyatskian), a Russian regional stage equivalent to the Wuchiapingian stage of the Late Permian period, dating from approximately 265 to 252.3 million years ago. It is known from several skulls and two almost-complete skeletons.

The species in Inostrancevia were the largest gorgonopsids known; known individuals have total body lengths reaching up to 3.5 m (11.5 ft) and long, narrow skulls up to 60 cm (24 in) long. This animal had an average mass of 300 kg (661.3 lbs).

Like several other gorgonopsids, Inostrancevia was characterized by strongly developed canine teeth, with those of the upper jaw up to 15 cm (5.9 in) long, the root corresponding to half its length. Their bodies were slender, with rather short legs. Inostrancevia shared its habitat with Scutosaurus which it likely preyed upon.

Inostrancevia was named by the Russian paleontologist Vladimir P. Amalitsky in honour of the Russian geologist Aleksandr Inostrantsev. The first fossils were found in the Sokolki Assemblage Zone of the Kutuluk and Salarevo Formations in the Oblast of Arkhangelsk as part of the Northern Dvina River excavations led by Amalitsky during the end of the 19th century. Two nearly complete skeletons were found alongside several other skeletal remains, one of which was mounted and exhibited in Saint Petersburg in 1900 with the other following a few years later. Proper descriptions of the findings were published posthumously in 1922. 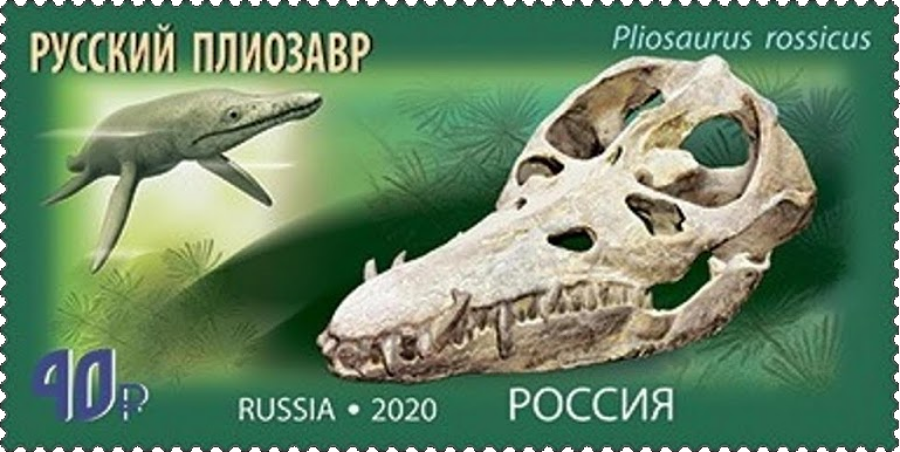 Pliosaurus (meaning ‘more lizard’) is an extinct genus of thalassophonean pliosaurid known from the Kimmeridgian and Tithonian stages (Late Jurassic) of Europe and South America. Their diet would have included fish, cephalopods, and marine reptiles. This genus has contained many species in the past but recent reviews found only six to be valid, while the validity of two additional species awaits a petition to the ICZN. Pliosaurus currently consists of the type species P. brachydeirus, and also P. brachyspondylus, P. carpenteri, P. funkei, P. kevani, P. macromerus, P. rossicus and P. westburyensis, as well as the invalid P. portentificus. Most species of Pliosaurus are notable for their large body size, while the others, P. brachydeirus, P. brachyspondylus and P. portentificus, are known exclusively from immature individuals. Species of this genus are differentiated from other pliosaurids based on seven autapomorphies, including teeth that are triangular in cross section.

Pliosaurus brachydeirus is the type species of the genus. It was first described and named by the English paleontologist Richard Owen in 1841, as a species of the wastebasket taxon Plesiosaurus in its own subgenus Pleiosaurus, creating Plesiosaurus brachydeirus. Later that year or in 1842, Owen published another study in which the species was relocated to its own genus, which he misspelled as Pliosaurus. The generic name is derived from πλειων, pleion, meaning “more” and σαυρος, sauros, meaning “lizard” in Ancient Greek, in reference to Owen’ belief that Pliosaurus was more closely related to “saurians” (including crocodilians) than Plesiosaurus was. The etymology of the specific name was not specified, but it probably refers to the shorter teeth of P. brachydeirus compared to teeth of other species then referred to Plesiosaurus. The specific name has occasionally erroneously been spelled as brachydirus, for example by Richard Lydekker.

P. rossicus was first described and named by Nestor Ivanovich Novozhilov in 1948. The specific name is derived from the name of Russia, where the holotype was found. The holotype of P. rossicus, PIN 304/1 housed at Paleontological Institute, Russian Academy of Sciences, consists of cranial and some postcranial remains of a relatively small pliosaur. It was collected at the right bank of the Volga River, of Chuvashia, European part of Russia, from the Buinsk Mine oil shales, Dorsoplanites panderi ammonite zone, dating to the middle Volgian stage (also known as middle Tithonian).[20] Novozhilov (1964) later also described some pectoral remains associated with the holotype. The holotype preserved trihedral teeth like other members of Pliosaurus, and bears 6 tooth pairs in the mandibular symphysis, similar to OUMNH J.10454. Halstead reassigned this species to Liopleurodon based on this symphyseal tooth count, but Knutsen and Benson et al. referred it back to Pliosaurus, as it exhibits the diagnostic traits of the genus such as trihedral teeth. PIN 304/1 has also been interpreted as a juvenile by both Halstead and Storrs et al. based on its relatively small size and poorly developed dorsal blade and anteroventral ramus of the scapula. 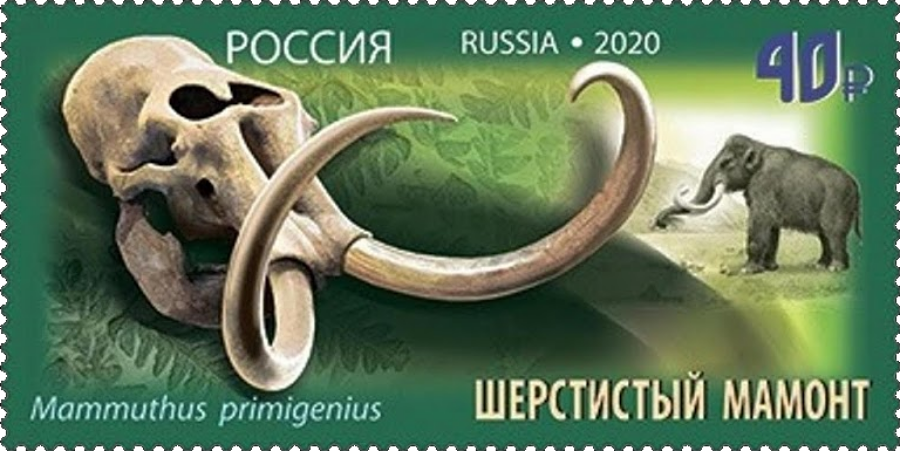 The woolly mammoth (Mammuthus primigenius) is an extinct species of mammoth that lived during the Pleistocene until its extinction in the early Holocene epoch. It was one of the last in a line of mammoth species, beginning with Mammuthus subplanifrons in the early Pliocene. The woolly mammoth began to diverge from the steppe mammoth about 800,000 years ago in East Asia. Its closest extant relative is the Asian elephant. The appearance and behaviour of this species are among the best studied of any prehistoric animal because of the discovery of frozen carcasses in Siberia and Alaska, as well as skeletons, teeth, stomach contents, dung, and depiction from life in prehistoric cave paintings. Mammoth remains had long been known in Asia before they became known to Europeans in the 17th century. The origin of these remains was long a matter of debate, and often explained as being remains of legendary creatures. The mammoth was identified as an extinct species of elephant by Georges Cuvier in 1796.

The woolly mammoth was roughly the same size as modern African elephants. Males reached shoulder heights between 2.7 and 3.4 m (8.9 and 11.2 ft) and weighed up to 6 metric tons (6.6 short tons). Females reached 2.6–2.9 m (8.5–9.5 ft) in shoulder heights and weighed up to 4 metric tons (4.4 short tons). A newborn calf weighed about 90 kg (200 lb). The woolly mammoth was well adapted to the cold environment during the last ice age. It was covered in fur, with an outer covering of long guard hairs and a shorter undercoat. The color of the coat varied from dark to light. The ears and tail were short to minimize frostbite and heat loss. It had long, curved tusks and four molars, which were replaced six times during the lifetime of an individual. Its behavior was similar to that of modern elephants, and it used its tusks and trunk for manipulating objects, fighting, and foraging. The diet of the woolly mammoth was mainly grasses and sedges. Individuals could probably reach the age of 60. Its habitat was the mammoth steppe, which stretched across northern Eurasia and North America.

The woolly mammoth coexisted with early humans, who used its bones and tusks for making art, tools, and dwellings, and the species was also hunted for food. It disappeared from its mainland range at the end of the Pleistocene 10,000 years ago. Isolated populations survived on St. Paul Island until 5,600 years ago and on Wrangel Island until 4,000 years ago. After its extinction, humans continued using its ivory as a raw material, a tradition that continues today. With a genome project for the mammoth completed in 2015, it has been proposed the species could be recreated through various means, but none of these is yet feasible. 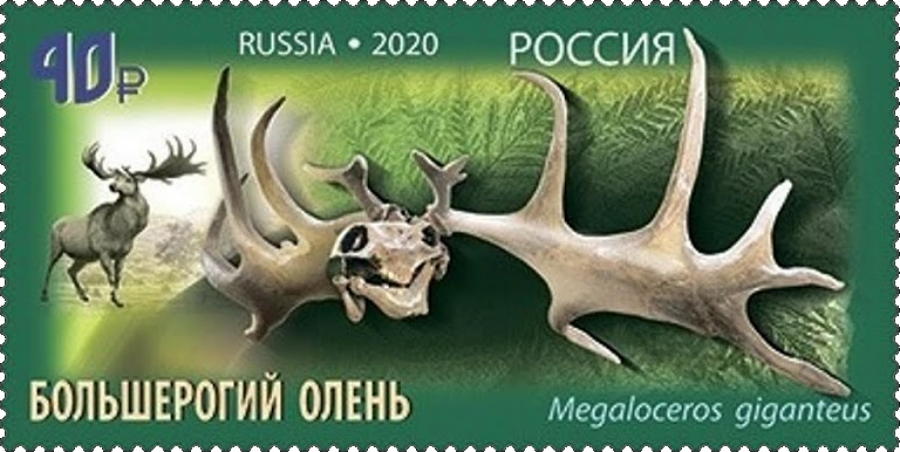 Megaloceros (from Greek: μεγαλος megalos + κερας keras, literally “Great Horn”) is an extinct genus of deer whose members lived throughout Eurasia from the early Pleistocene to the beginning of the Holocene and were important herbivores during the Ice Ages. The largest species, Megaloceros giganteus, vernacularly known as the “Irish elk” or “Giant elk”, is also the best known. They are thought to be most closely related to the living Dama deer.

Most members of the genus were extremely large animals that favored meadows or open woodlands. They are the most cursorial deer known, with most species averaging slightly below 2 metres (6 ft 7 in) at the withers. The various species of the Cretan genus Candiacervus – the smallest of which, C. rhopalophorus was just 65 cm (26 in) high at the shoulder – are sometimes included in Megaloceros as a subgenus.

Despite its name, the Irish elk was neither restricted to Ireland nor closely related to either species commonly referred to as elk (Alces alces in British English and other European languages; Cervus canadensis in North American English) but instead is closely related to the fallow deer genus Dama. The genus was part of a Late Neogene Eurasian radiation of fallow deer relatives of which today only 2 taxa remain. 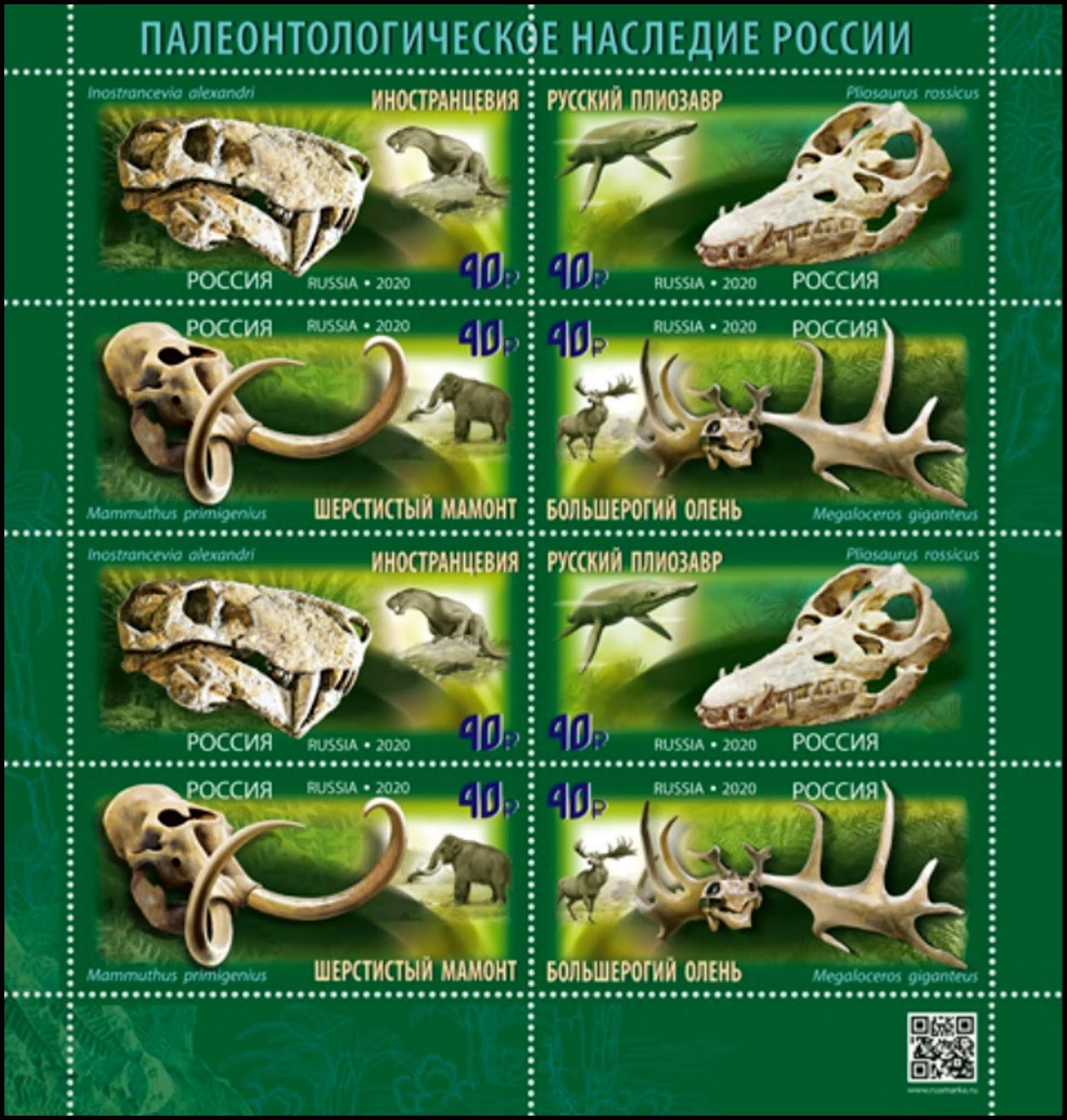 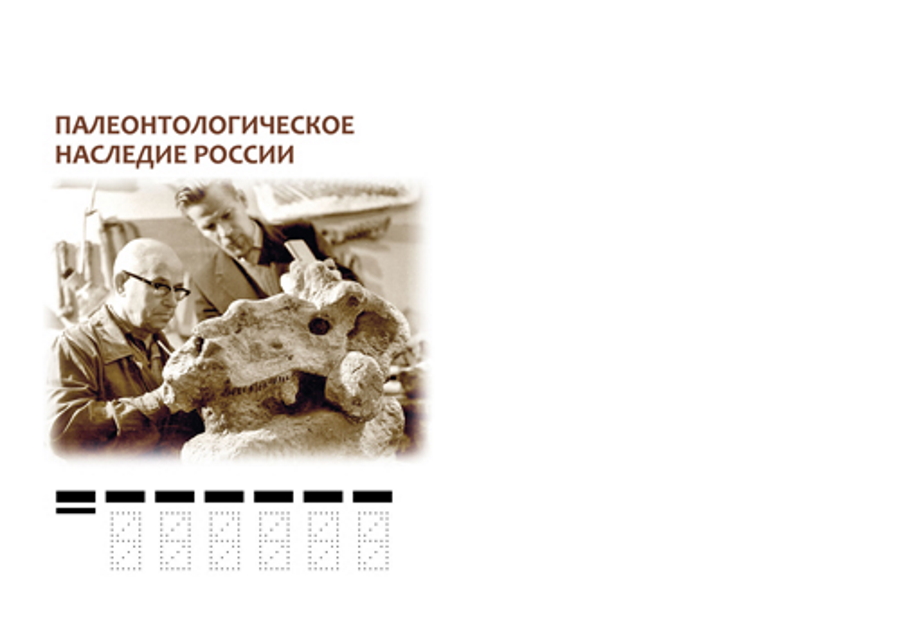 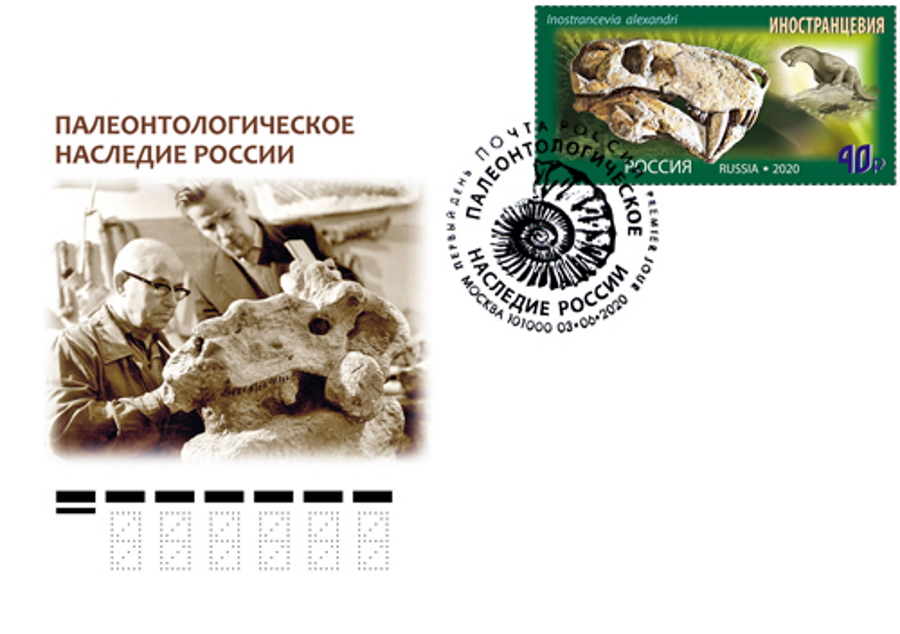 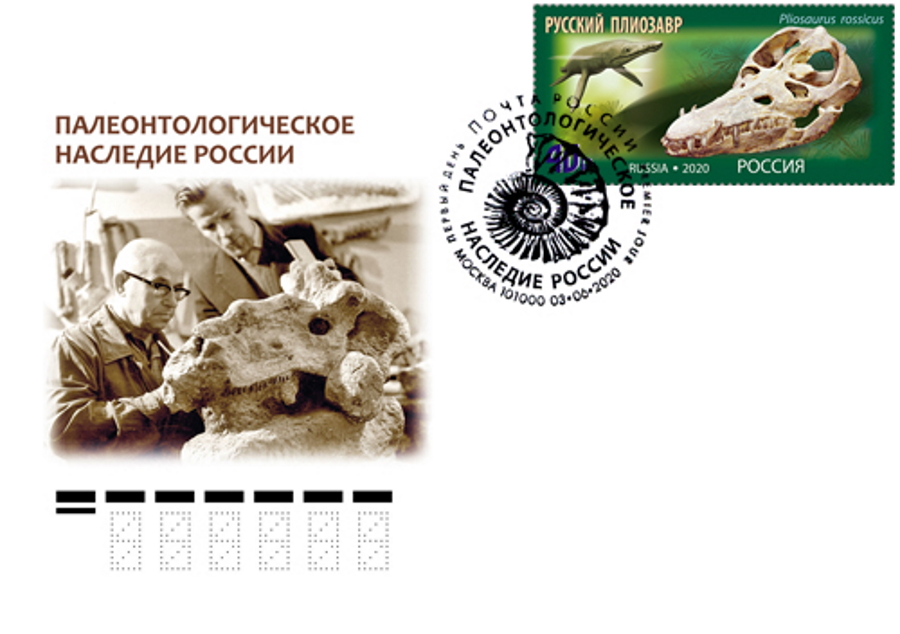 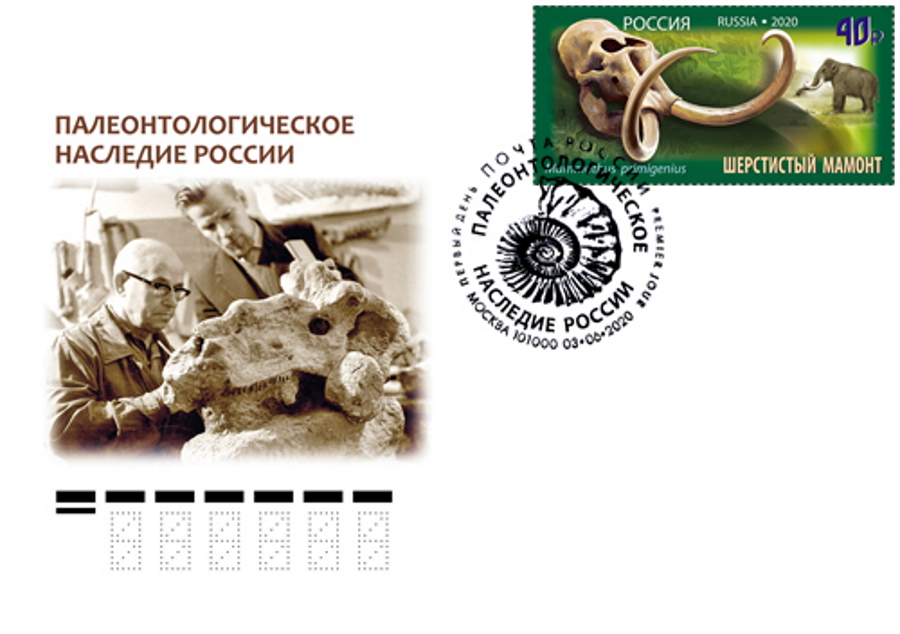 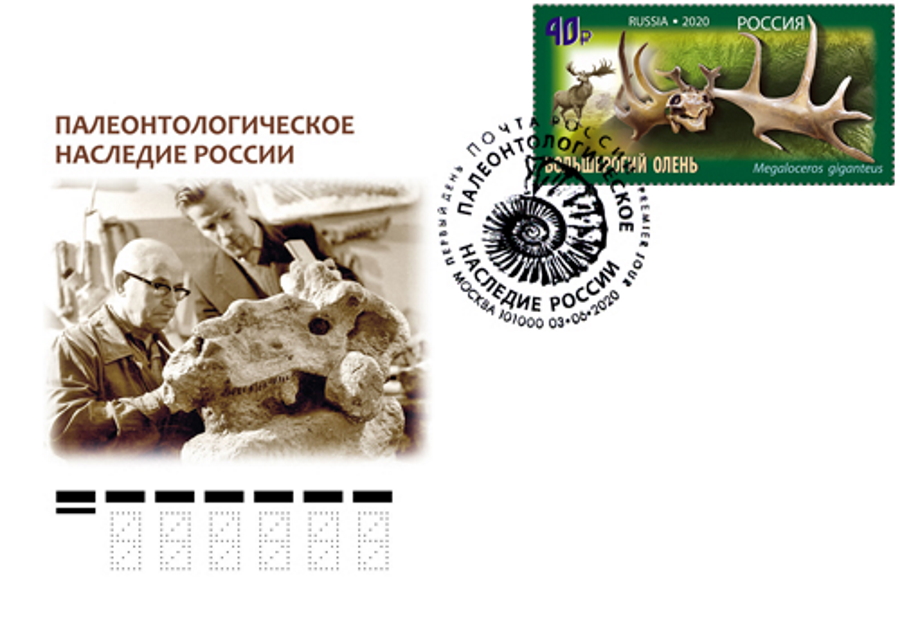 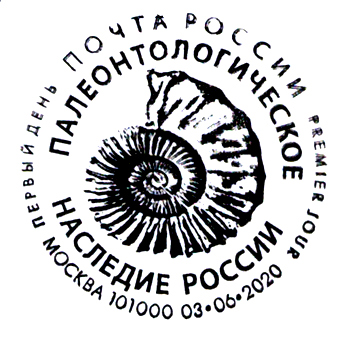 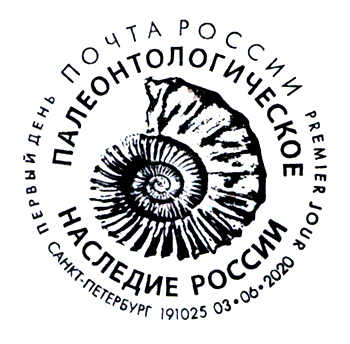 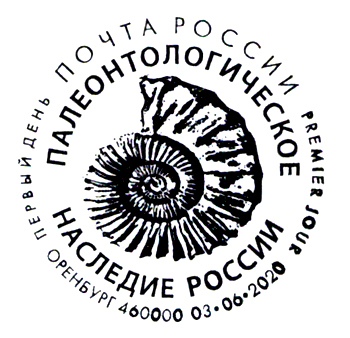 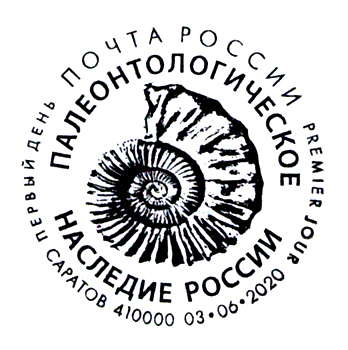 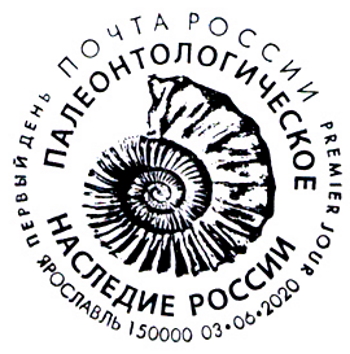 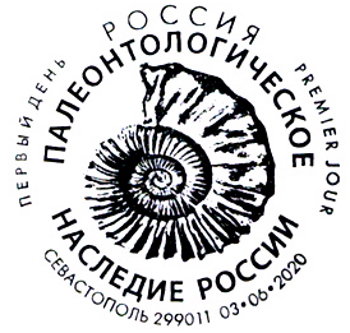