Wet-adhesive stamps of 0.95 EUR each in a 10-sheet, suitable for the franking of compact letters up to 50 g within Germany as well as postcards Europe and world.

The Annaberger KÄT is one of the most traditional folk festivals in Germany and is known nationwide. It will be held for the 500th time in 2020. Since its first orientation in 1520, it takes place every year fourteen days after Pentecost in the Ore Mountains of Annaberg-Buchholz. Under the motto “Higher – faster – further”, it will open its doors from 12 to 21 June 2020. On the occasion of the 500th anniversary, the present special postage stamp “500 years of Annaberger KÄT” is published.

Originally an annual pilgrimage to St. Trinitatis (lat. Trinity), after the introduction of the Reformation in 1539, the Catholic custom became first an evangelical feast of the dead and, over the centuries, a fair, which later turned into a folk festival with hustle and bustle. The name of the fair could be due on the one hand to its venue, the Kätplatz in the east of the city. However, it would also be conceivable that “Kät” was derived from the ore-mountain dialectical pronunciation of the words Trinity and Trinity: “Dreifaldichkat” or “Dreiaanigkät”. 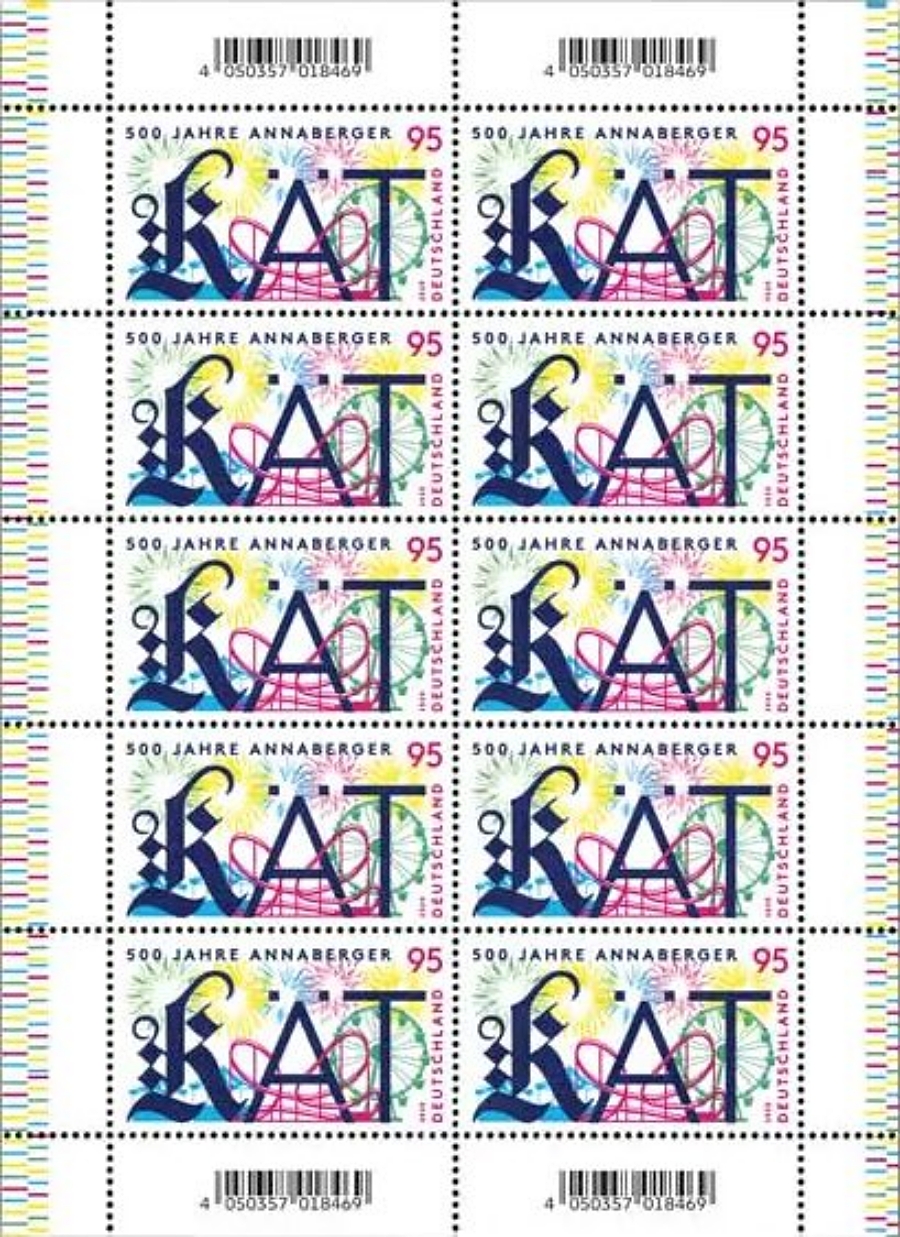 The Annaberger Kät (commonly called the Kät, pronounced “Kett”) is the largest folk festival in the Ore Mountains and takes place annually for 14 days after Pentecost in the town of Annaberg-Buchholz in East Germany. It is one of the folk festivals in Germany, at which over 100 showmen perform their acts.

The Kät is known well outside the region and is one of the oldest folk festivals in Germany, having begun in 1520. It attracts over 150,000 visitors annually. The emphasis of the festival is more on shows and fairground rides rather than on food stalls and eating.