In the 1900 Paris games, 22 women competed in tennis and golf. In the 1928 Amsterdam games, ten percent of the sportspeople were women. Recently, without going up to the last Olympic Games in Rio, forty-five per cent of the participants were women.

Although there is still a long way to go, it could be said that many prejudices about gender roles in sport have been overcome.

Women’s sport in Spain has also evolved. From Lili Álvarez, the first Spanish sportswoman in history, to Paz Corominas, the first Spanish swimmer who was a finalist in her speciality, or Margot Moles, the pioneer of Spanish women’s athletics, who also did other sports such as skiing, discus and hammer throwing, shot put and swimming; up to Miriam Blasco, who won the first gold medal for judo.

Correos, which has always supported Spanish sport, has followed the achievements of women’s sport closely and is devoting a mini sheet to them, specifically, the Olympic sportswomen, which features three women who have made history in Olympic sport: Lili Álvarez and Margot Moles who were Olympic pioneers, and Blanca Fernández Ochoa, the first Spanish woman to win an Olympic medal. She won it in the slalom in the 1992 Albertville Winter Olympic Games.

Blanca Fernández Ochoa got the bronze, which felt like winning gold because four years previously in Calgary, Canada, a fall stopped her taking the podium.

The stamp has a lovely close-up of the skier putting the medal up to her mouth to kiss it and celebrate her victory.

Blanca left us too soon, but her huge smile, when competing and in life, will always remain in everyone’s memory. 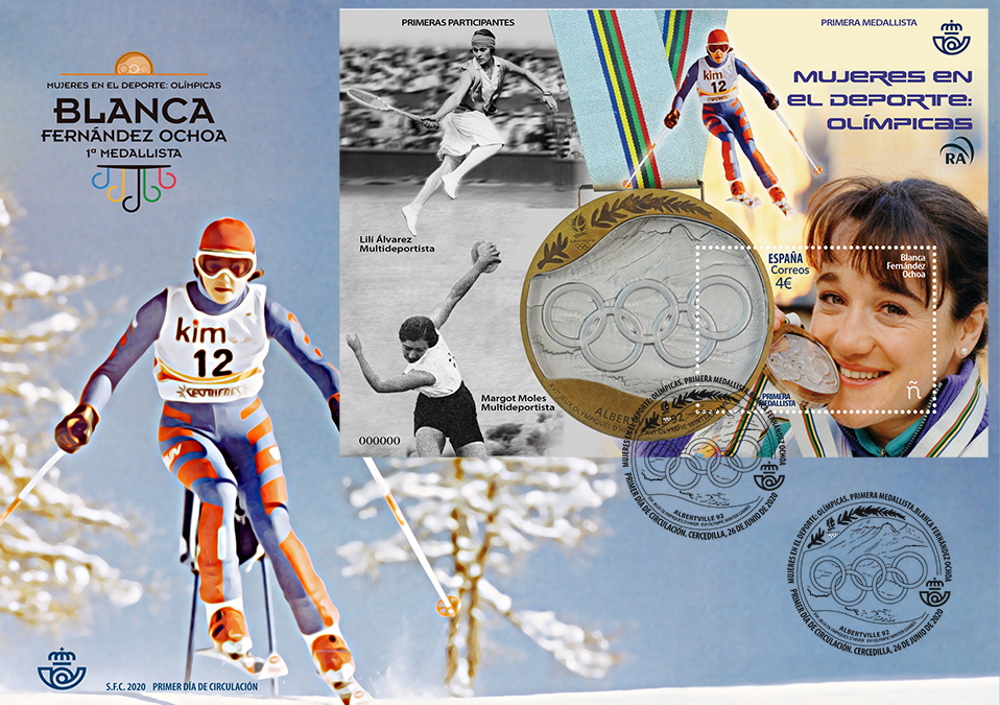 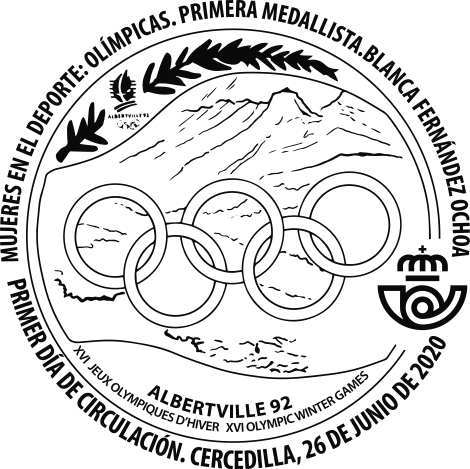 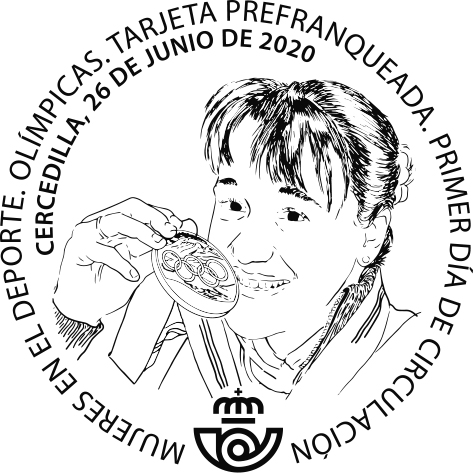 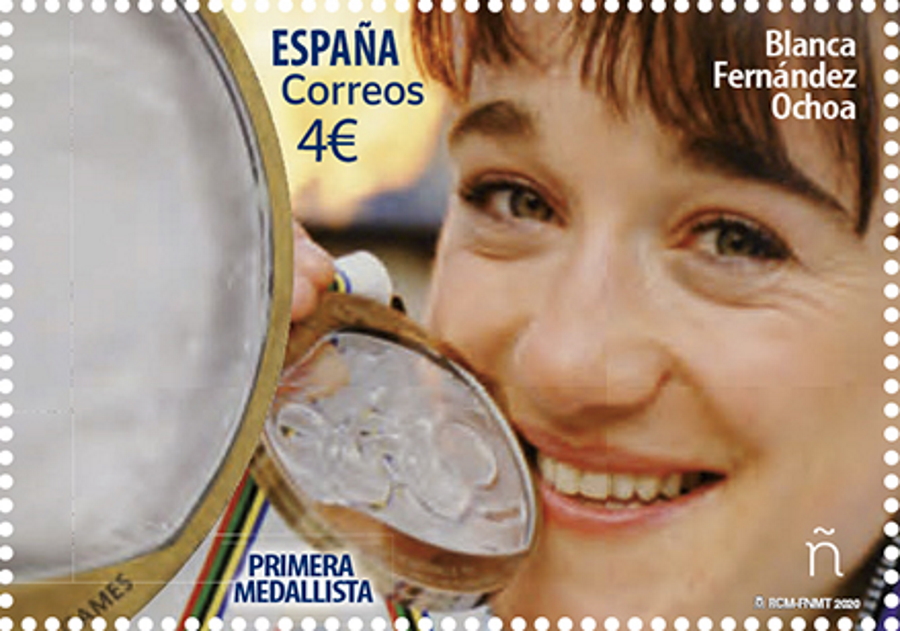