In its efforts to reveal and highlight women who have made significant strides for the history of humanity, Correos is devoting a new Premium Sheet to women in science.

The stamp is devoted to the mathematician who drew up the first teaching manual on the subject, or, at least, the first one known on record and which is held at the National Library.

Following the tradition, or custom, of the era, when a woman wrote a book which was not considered to be suitable to her, and in order to be more widely accepted, she published it under the pseudonym Casandro Mamés de la Marca y Aranoa, an original anagram of her real name.

The Tyrocinio is a book containing the way of teaching numeracy clearly, succinctly and accessibly, with practical content aimed mainly at business.

She taught in a girls’ school and, for a good part of her life, taught literacy in the city’s public schools, putting all her mathematical knowledge into practice and, above all, using teaching skills that made the subject, which is always feared by many, reach her pupils more easily.

The stamp, commemorating the birth of this incredible woman who was so ahead of her time, and with unusual interests, shows a blurred female image, a kind of mirage, as it was her literary authorship most of the time.

A hand tracing numbers with white chalk rounds off the design which seeks to highlight the work of the woman of science. Not just hers but of all those who reached great scientific milestones, who are reaching them and who, of course, will reach them. 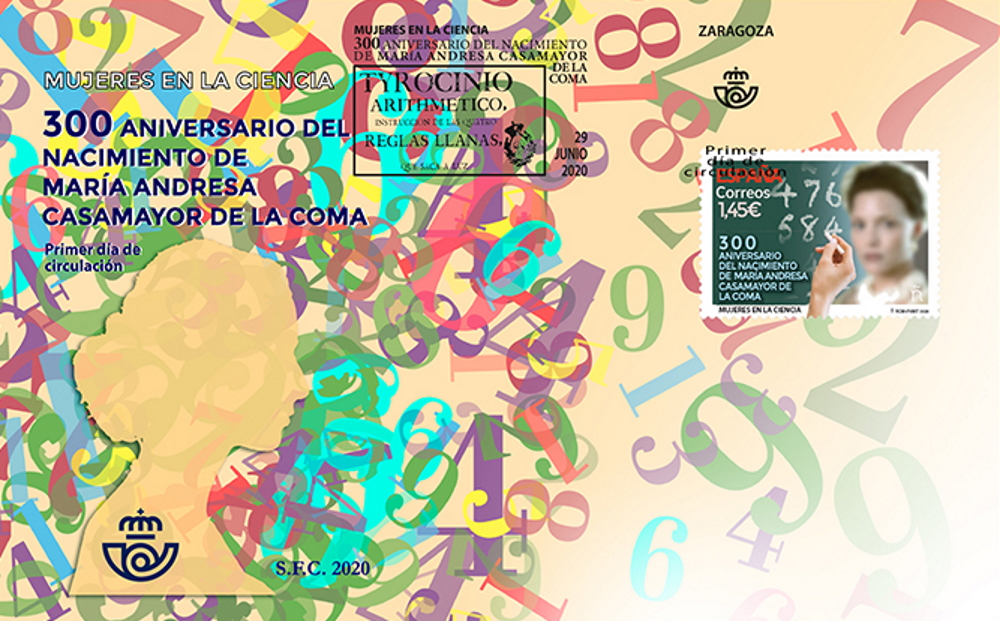 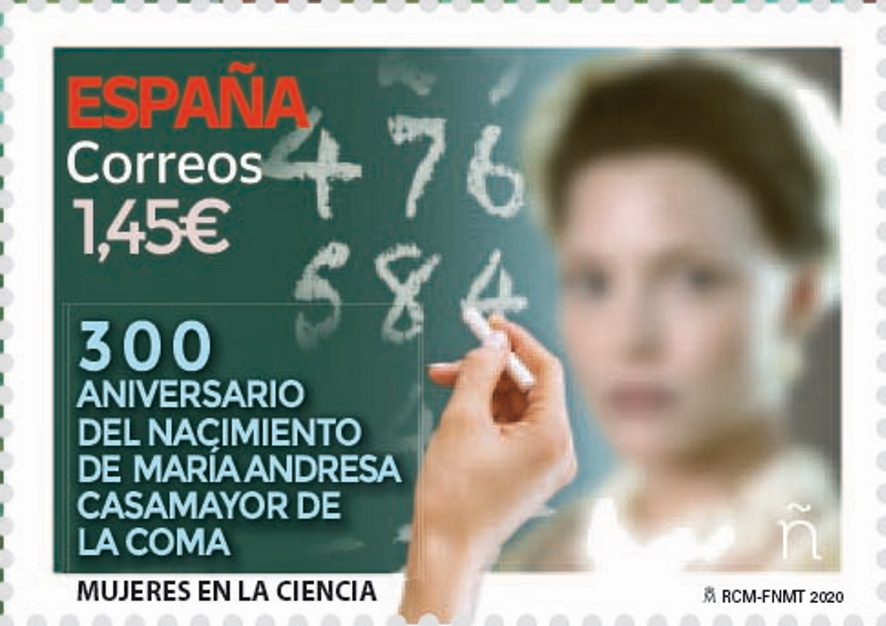