In the second half of the 19th century, the children of big traders, shipping agents and consignees began to meet for chats about the trips that they went on to El Astillero and the river Cubas.

Led by Martín Ruiz Marqués, and consisting of more than forty group members, on 28 May 1870 they decided to found the Santander Regatta Club.

It had its first headquarters at number 11 on the quay until it moved to its current headquarters in Plaza de Pombo, in the only 19th century mansion in the town centre. It was built in 1884 following the plans of the architect, Atilano Rodríguez, and is a unique example of the city’s architectural heritage.

In 1893 the first sailing regatta in Spain was organised and the prize was the trophy known as La Copuca, until 1899, when the sloop Lin kept the cup as it had won it three times. After that, the club put up a new trophy, the Gallo Cup, which was a silver cup donated by Manuela Bustamante, Gallo’s widow. On this occasion the cup would not be given to any boat to own, no matter how many times they won. The sloop Sidora III was the first winner of the competition, which ran until 1917.

In 1927 the Royal Regatta Club was split up and the Santander Royal Yacht Club was created, with Alfonso XIII as its honorary president. It was this new club that organised the sailing regattas and sporting events from then on.

Today it holds cultural and recreational events for its members, who can take advantage of its facilities, such as the fabulous library, the newspaper archive and the exhibition hall.

Correos would like to celebrate the 150th anniversary of the foundation of the Santander Yacht Club with the stamp, which shows the image of a sailing boat that, when the stamp is moved, because of its lenticular printing with animation, sails over the Santander sea. 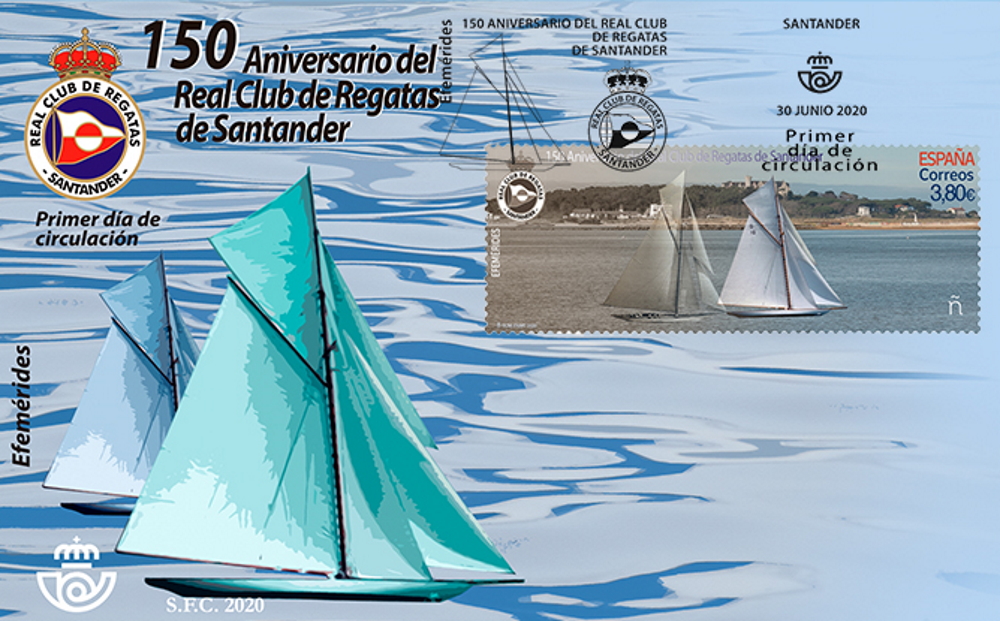