Ingenuity, cunning, strategy and luck are just some of the ingredients with which card games have always seduced human beings, regardless of social class, gender, age or even nationality. A game’s attraction also comes from the design, symbolism and iconography dressing it up, which sometimes serves for illusionist games and even to predict the future, as occurs with the tarot deck.

In spite of the fact that their origin is still disputed, it is considered that most probably cards came into being in China, a nation that, since the 12th century, had been using movable-type printing on rice paper, which then spread to India, Persia and Egypt.

They arrived in Europe via the Silk Road trade or, perhaps, even from the Crusades, landing in Catalonia, in the 14th century, first of all. The iconography of these cards was the one used in the Mediterranean basin countries, the so-called Mameluk cards, with the four suits of the pack being very similar to the ones we know today. The first mention of playing cards in a European text comes from a document in Barcelona, dated 1371.

Throughout the 15th century, card games extended all over Europe, keeping the iconography that, over centuries, had been adapted to the idiosyncrasies of each nation, as happens with German or French packs of cards.

In Spain, packs of cards have practically retained their original iconography, which has given rise to a multitude of different games and a rich, curious vocabulary.

This issue has the original feature of being a sheet with a stamp and three vignettes, which are presented in the shape of a trick with the four main cards in the pack, each one from a different suit, with the design and iconic images of Heraclio Fournier: the knave of swords, the knight of cups, the king of clubs and the ace of coins. 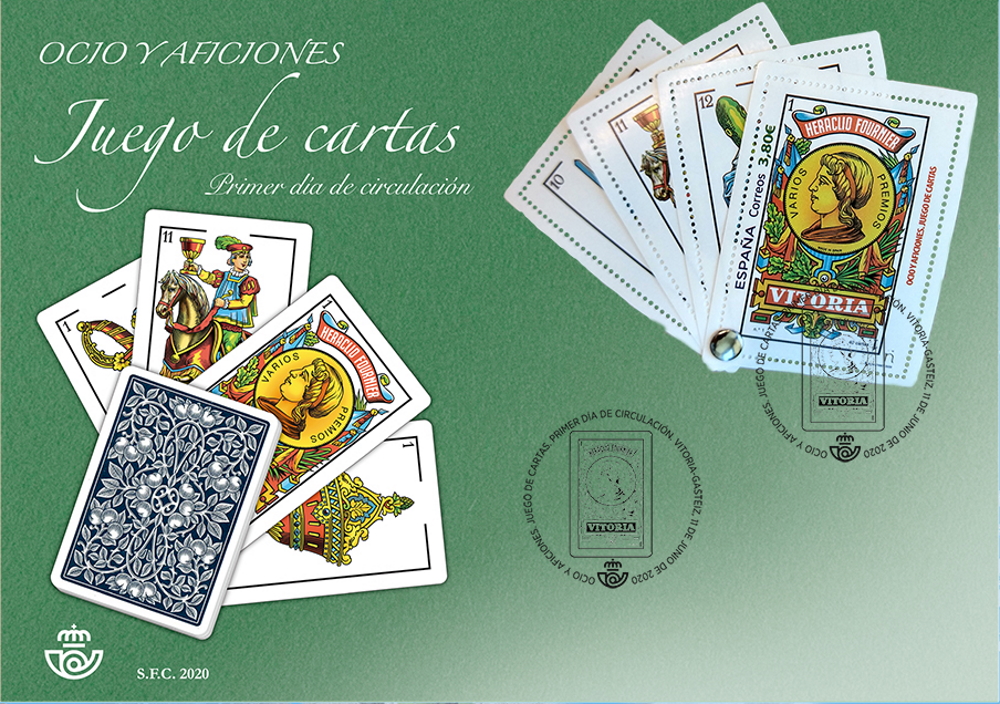 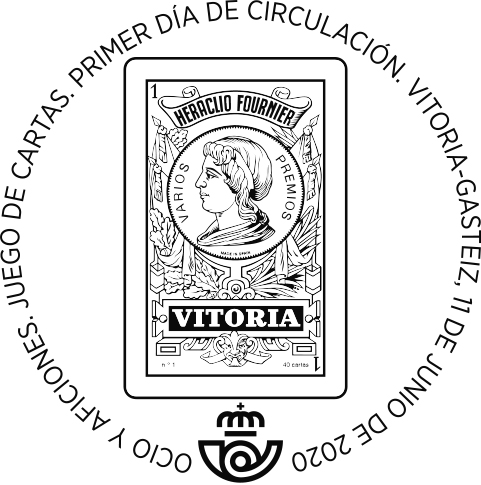