Good Friday 1920, 1 April. Four post office planes departed from and arrived at an aerodrome in Alicante simultaneously. They were part of the opening ceremony for the first air mail route in Spain. It was a route that covered Barcelona – Alicante – Málaga, although its departure point was Toulouse, which was where the airline Latécoère, which operated the flight, was based.

For some years, Latécoère had been trying to link France with its African colonies, and in September 1919 managed to link Toulouse to Casablanca, with stopovers in Spain. Given these events, the Spanish government enacted a Royal Decree on 17 October 1919 to set up the airmail service in Spain, within the coordinates and directives that were of national interest, and officially recruited Latécoère to transport post by air within Spain.

The resolution was the culmination of a whole series of laws and working parties which had previously tried to introduce air mail into the Spanish postal service with various measures, such as training pilots within the Correos body of officials, the creation of a special section for “airmail services” or the “Basic Project for implementing Air Mail in Spain”.

The inauguration of the first Spanish air mail route drove the later development of air mail in Spain. Throughout the years, new postal routes were set up between Seville and Larache, Málaga and Melilla, and Barcelona and Palma de Mallorca. From then on, a royal decree required that the airlines be Spanish.

In 1921 the air mail service between Seville and Larache, the capital of the Spanish Protectorate of Morocco, began and was run by the Spanish company CETA (Air Traffic Air Company) which was founded by Jorge Loring.

The commemorative issue for this centenary has been done in the form of a die cut, simulating a biplane dropping the correspondence while it flies. 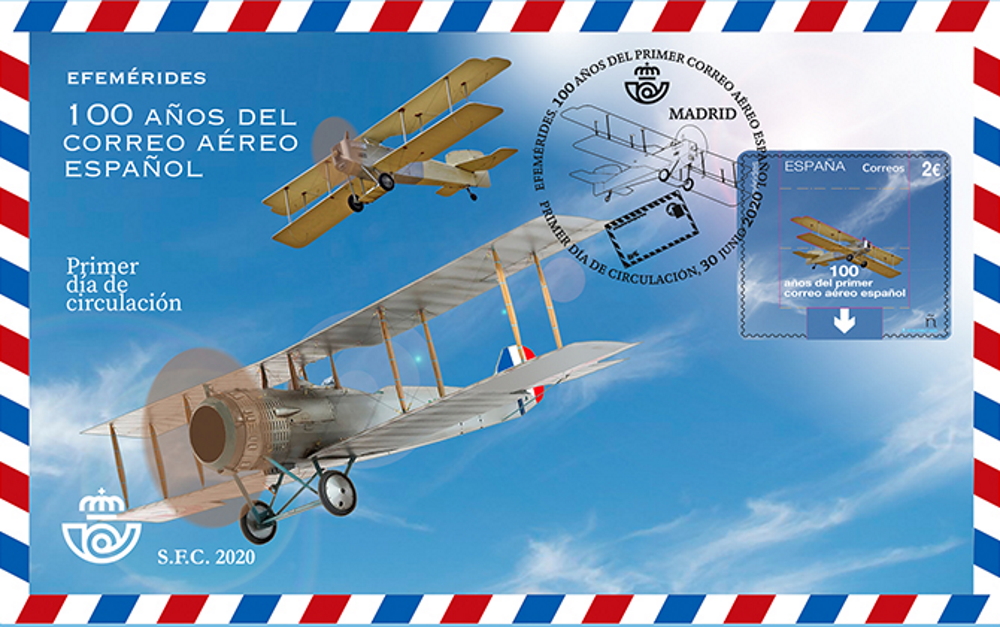 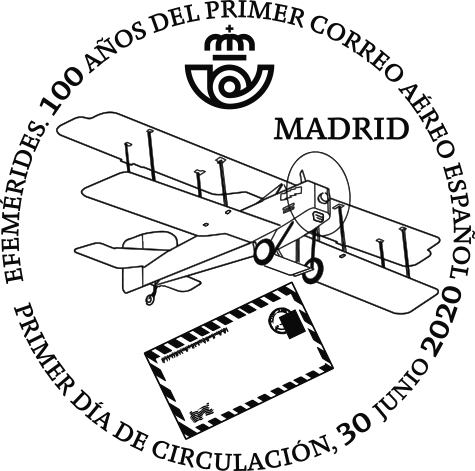 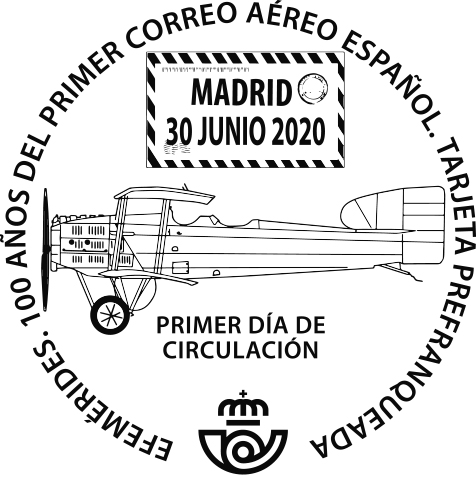