Maadi GOBRAIT, born in Papeete on August 7th, 1909, began her life by studying in New Zealand. But it was on June 18th, 1940, that she was one of the first people in French Polynesia to join General De Gaulle in London and join the Free French Forces in 1942. Maadi GOBRAIT participated in the North African campaigns and the landing in Europe. At the end of hostilities, decorated with the war cross, it was in 1946, with the rank of second lieutenant in the corps of the Health Service, that she left the uniform. Back in Tahiti, she joined Papeete hospital as a major nurse and was responsible for social services. A woman of character, having the courage of her opinions, she was very kind. Her unwavering attachment to Gaullism and to the person of General De Gaulle was known to everyone in Tahiti and was said to be the most Gaullist of Polynesians. She also had personal and privileged ties with General de Gaulle and Madame de Gaulle. She thus suggested to General de Gaulle his visit to Polynesia in 1956. She died in 1980, at the age of 71. 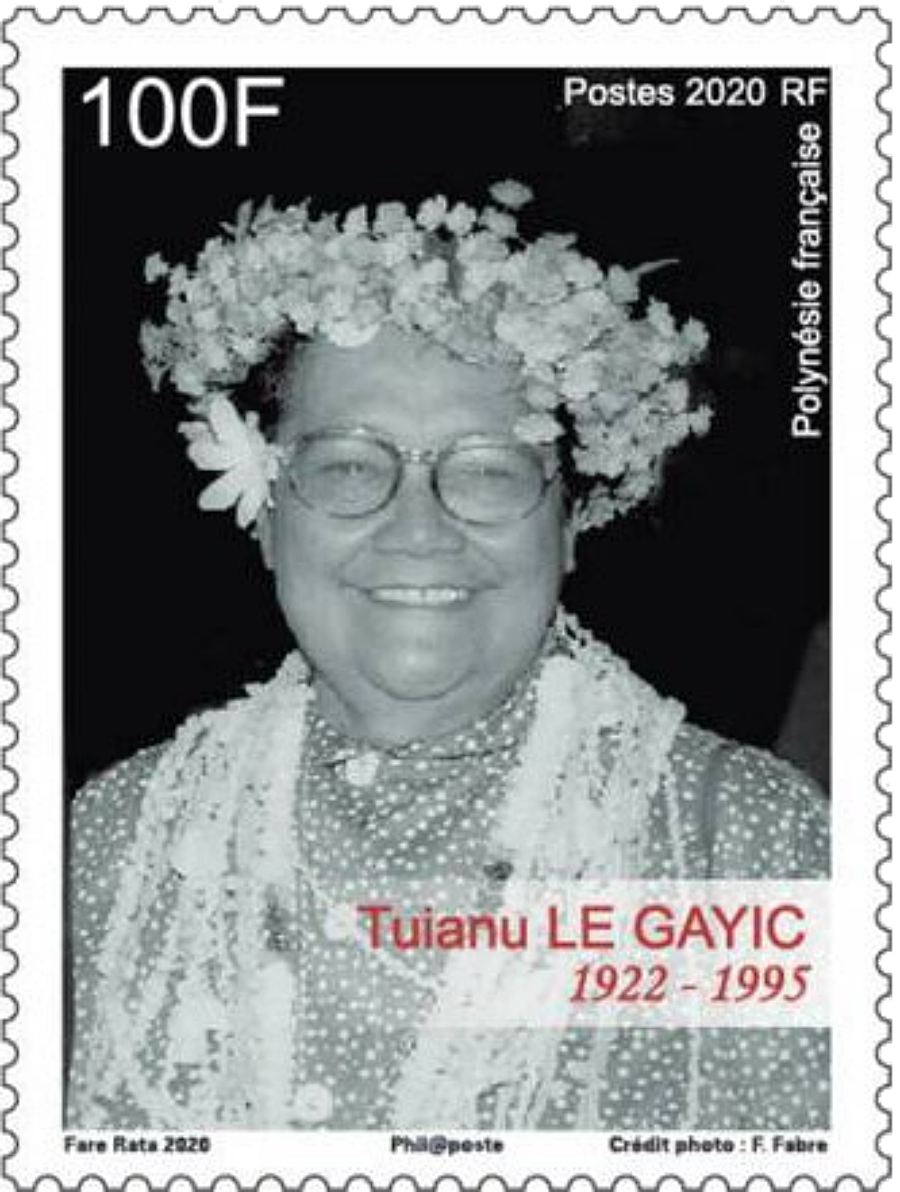 Tuianu FIU CONROY married LE GAYIC, born in Papara, May 29th, 1922, is known for her dedication to education and has distinguished herself as an Officer of Academic Palms. Active member of various groups and associations such as the Red Cross, the tourism office, the GIE Tahiti Manava and became the 1st President of Family Planning in 1970, she joined the Territorial Assembly in 1972. In 1974, she set up the 1st Papara women’s association, which she chaired for 21 years. She did hold this position for 16 years with the “Tuterai Nui” association. In 1981, she took over the presidency of the “Groupement de solidarité des femmes de Tahiti” for 14 years. Then in 1982, she created the 1st federation of women’s associations “Le conseil des femmes” or Women’s Council. Finally in 1983, she set out to conquer the Town Hall of Papara and became one of the first women mayors in French Polynesia. She managed the town until her death. Her diverse and numerous social and volonteer actions in favor of women in difficulty, needy families, abused and disabled children, the elderly, regardless of politica or religious affiliation, have earned her recognition and distinction, and high to the rank of Officer in the National Order of Merit and Knight of the Legion of Honor, as well as Medal of Honor of Sport. She died at the age of 73 on February 15th, 1995 in Papara.

Fare Rata, the Post office of French Polynesia, celebrates these pioneers who worked for the Fenua