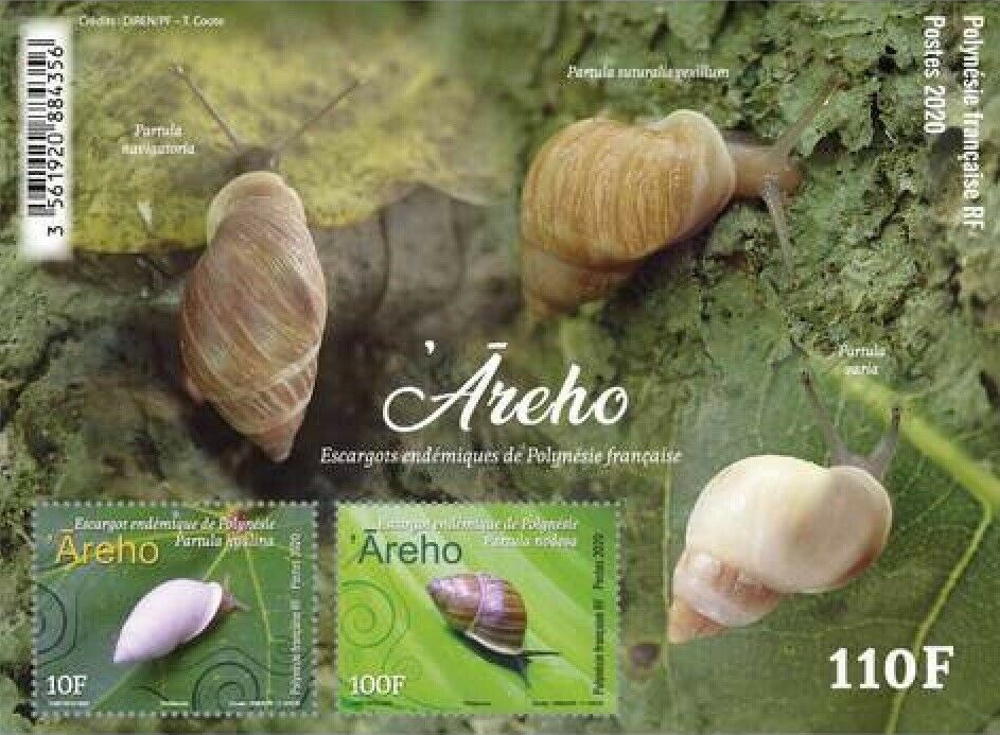 The Partula family, or “‘âreho” in Tahitian, was once well established in the Pacific Islands, but had almost disappeared 30 years ago.

Their shells were back then highly sought after for the handmade necklaces, crowns and ornaments because of their wide variety of colours and shapes.

Of tiny size, these species of tree snails were decimated by the carnivorous snail Euglandina rosea, another species of snail introduced by man. It had been imported and introduced as a biological control agent against agricultural plague, the African giant snail (Lissachatina fulica).

The Society archipelago alone housed more than half of the world’s known species. Unfortunately, since the 1970s, it has been estimated that some 60 species have died out of the 75 listed species.

Nevertheless, in the 1980s, biologists were able to collect various specimens from about 15 different species before their final disappearance. They were able to control the survival and reproduction of these animals in foreign zoos.

In 2010, following the observation of a strong reduction in the presence of the carnivorous snail in the Polynesian forests, it was considered to reintroduce from foreign zoos some of the species of “‘âreho”, disappeared from the natural environment. As early as July 2015, following the establishment of animal health import conditions, 269 snails belonging to three distinct species were released directly into the natural environment on trees in the valley of Paea in Tahiti. At the end of 2019, 15,765 animals belonging to 14 different species were released in Tahiti-Moorea-Raiatea and Huahine.

Contrary to appearances and despite its small size, this species is very fast compared to its congeners and it lives in trees. Scientists are therefore optimistic about its chances of survival in the natural environment. However, these small snails remain under surveillance, especially since other potential threats are identified as the New Guinea worm.

Fare rata, the Post Office of Polynesia is proud to contribute through this philatelic program to the preservation of endemic species of our fenua. 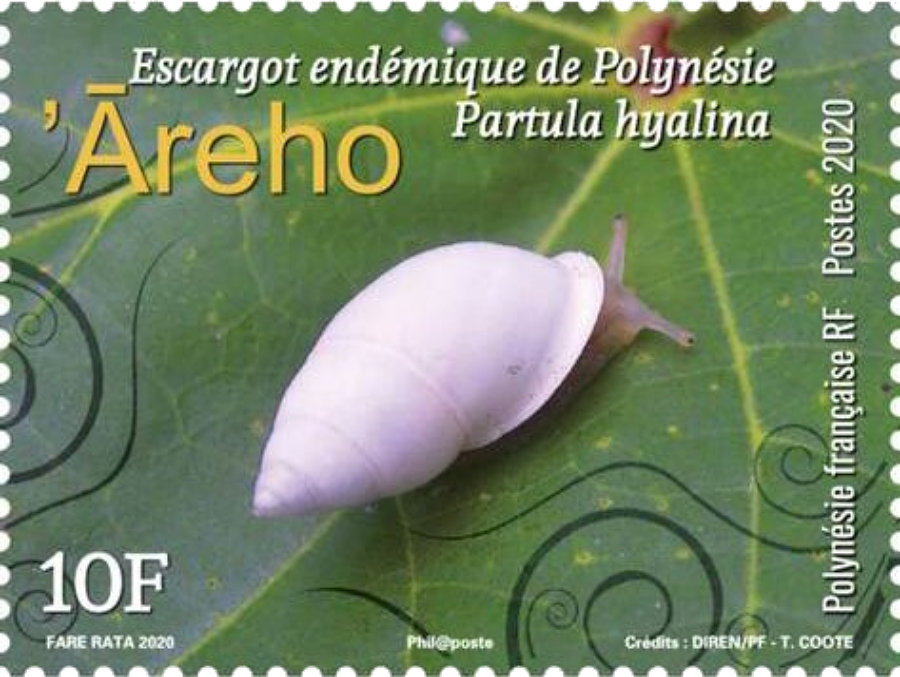 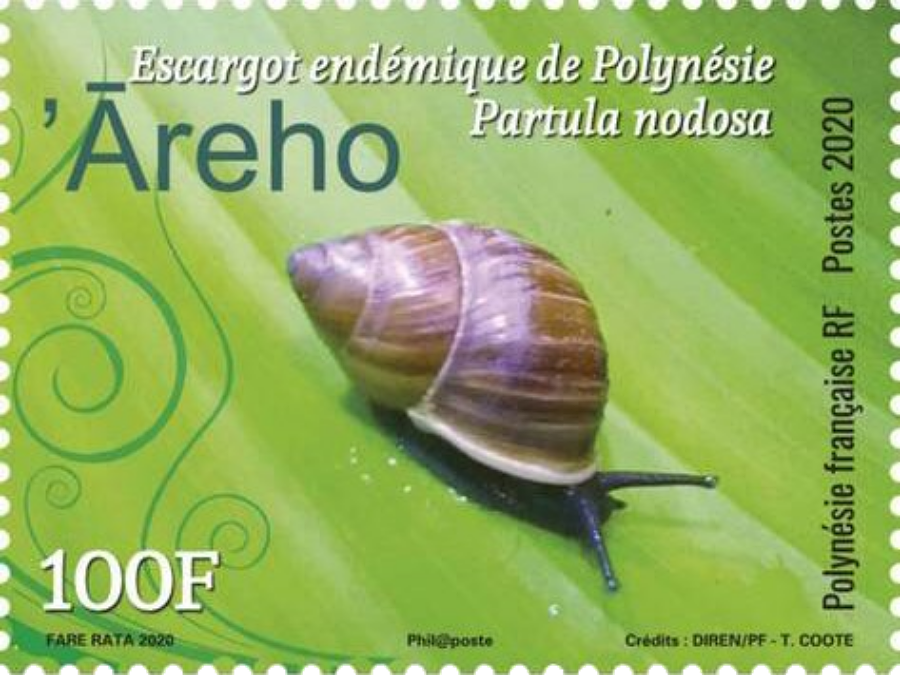