Children’s Day began on the second Sunday of June in 1857 by Reverend Dr. Charles Leonard, pastor of the Universalist Church of the Redeemer in Chelsea, Massachusetts: Leonard held a special service dedicated to, and for the children. Leonard named the day Rose Day, though it was later named Flower Sunday, and then named Children’s Day.

Children’s Day was first officially declared a national holiday by the Republic of Turkey in 1920 with the set date of 23 April. Children’s Day has been celebrated nationally since 1920 with the government and the newspapers of the time declaring it a day for the children. However, it was decided that an official confirmation was needed to clarify and justify this celebration and the official declaration was made nationally in 1929 by the founder and the President of the Republic of Turkey, Mustafa Kemal Atatürk.

International Children’s Day was first proclaimed in Geneva during the World Conference on Child Welfare in 1925. On 4 November 1949, 1 June was established as the International Day for Protection of Children by the Women’s International Democratic Federation in Moscow. Since 1950, 1 June is celebrated as Children’s Day in many Communist and post-Communist countries.

In 1954, Children’s Day was proclaimed by the United Kingdom to encourage all countries to institute a day, firstly to promote mutual exchange and understanding among children and secondly to initiate action to benefit and promote the welfare of the world’s children. That is observed to promote the objectives outlined in the Charter and for the welfare of children.

Vietnam issued a special set of stamps on International Children’s Day (June 1) featuring traditional folk games, according to the Ministry of Information and Communications.

The stamp set, released by the ministry and the Vietnam Post Corporation, also contains an envelope depicting several games such as tug-of-war, mandarin square capturing, jump rope, catching a goat while blindfolded, and snakes and dragons.

The stamps were designed by acclaimed Vietnamese painter To Minh Trang of the Vietnam Post Corporation. They are in a range of bold colors evoking the Hang Trong folk painting style.

The stamps represent children’s games as well as unique Vietnamese folk customs, and will be available for purchase until Dec. 31, 2021.

Vietnam often issues stamp sets for notable events, including a recent set to honor the country’s strong response to the coronavirus pandemic. 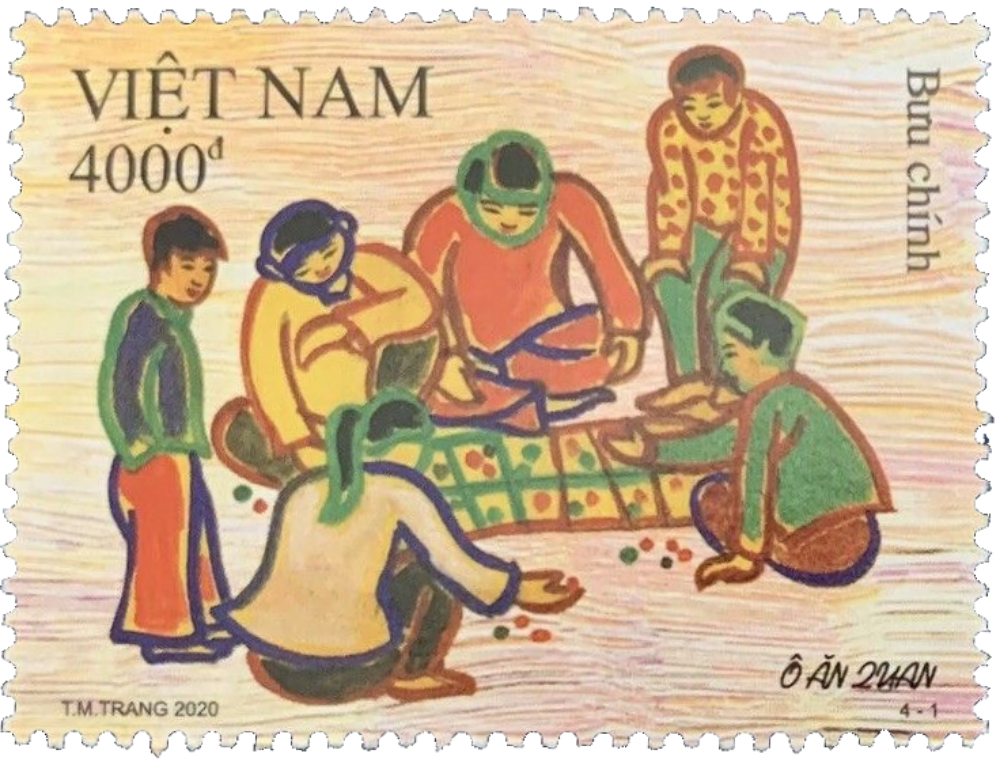 Either boys or girls, usually age’s seven to ten, play the two-person game of O an quan (literally “Mandarin’s Box”). They draw a rectangle on the ground and divide it into ten small squares called “rice fields” or “fish ponds. “They also draw two additional semi-circular boxes at the two ends of the rectangle, which are called”mandarin’s boxes,” hence the game’s name. Each person has 25 small pebbles and a bigger stone.

Each player places the stone in one of the mandarin’s boxes and five small pebbles in each of the other squares (see diagram above). Then the game begins. The first player takes up the contents of one square on his or her side of the board (but not a mandarin’s box) and distributes the pebbles one by one, starting with the next square in either direction. (Since each square contains five pebbles at the beginning, the first move will distribute five pebbles to the left or right).

Once a player has taken pebbles from the board, the turn is handed to the other player. If all five squares on one player’s side of the board are emptied at any time, that player must place one pebble he or she has aside back in each of the five squares so that the game can resume.

The game continues until the two mandarins’ boxes have both been taken. At the end of the game, the player with more pebbles wins, with each of the large stones counting as ten points. If each player retrieves an equal number of points, then the game is a tie. O an quan remains deservedly popular among older children since it requires good counting skills and forethought in order to win. 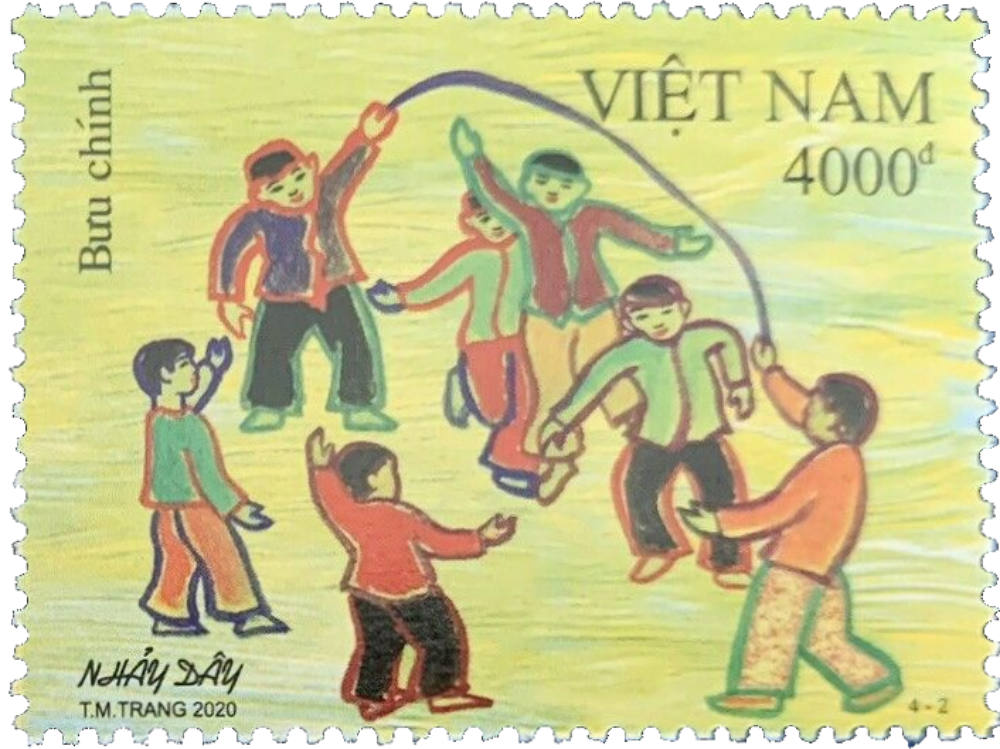 A skipping rope (British English) or jump rope (American English) is a tool used in the sport of skipping/jump rope where one or more participants jump over a rope swung so that it passes under their feet and over their heads. There are multiple subsets of skipping/jump rope, including single freestyle, single speed, pairs, three-person speed (Double Dutch), and three-person freestyle (Double Dutch freestyle).

Often separated by sex and age, events include hundreds of competitive teams all around the world. There are a few major organizations that support jump rope as a sport as seen below. In the U.S., schools rarely have jump rope teams, and states do not sanction official events for high school or elementary school. In freestyle events, jumpers use a variety of basic and advanced techniques in a routine of one minute, which is judged by a head judge, content judges, and performance judges. In speed events, a jumper alternates their feet with the rope going around the jumper every time one of their feet hit the ground for 30 seconds, one minute, or three minutes. The jumper is judged on the number of times the right foot touches the ground in those times. 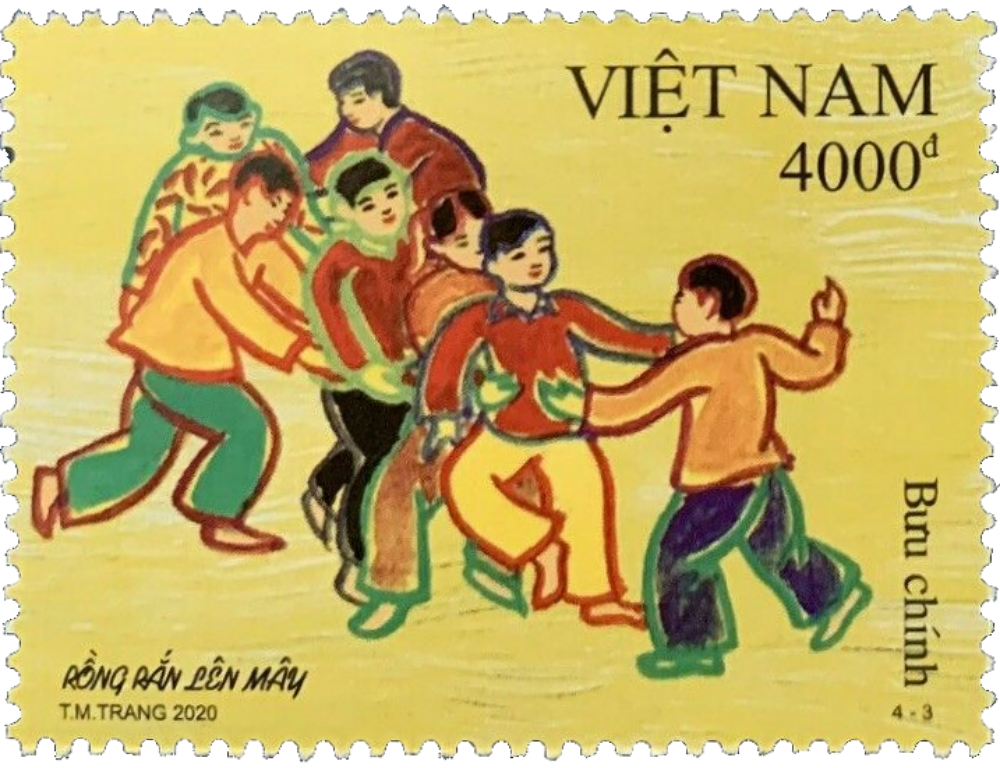 – I’m searching for medicine for my son.

The dialogue continues until the dragon-snake says:

– Then the doctor answers:

– All right, the doctor is well.

– With this, the doctor stands up and says:

– Give me your head

– Nothing but the bones

– Nothing but the blood. 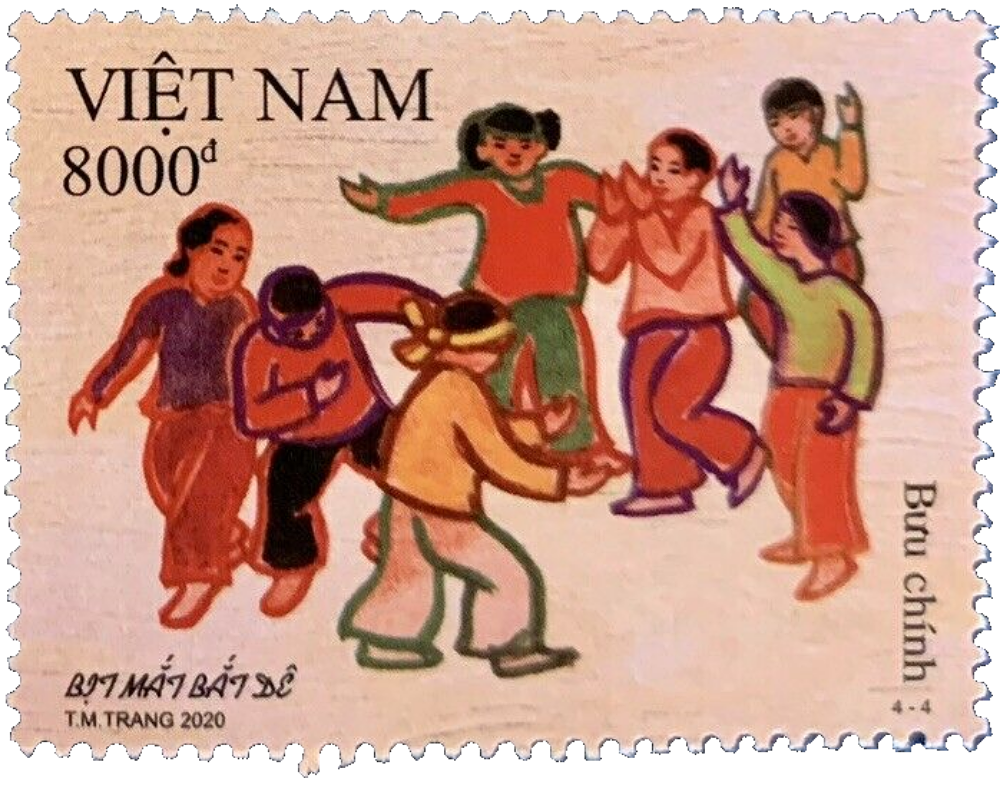 Blind man’s bluff is a variant of tag in which the player who is “It” is blindfolded. The traditional name of the game is “blind man’s buff”, where the word buff is used in its older sense of a small push. The game later also became known as “blind man’s bluff”; it is possible that this name is a linguistic corruption.

Blind man’s buff is played in a spacious area, such as outdoors or in a large room, in which one player, designated as “It”, is blindfolded and gropes around attempting to touch the other players without being able to see them, while the other players scatter and try to avoid the person who is “it”, hiding in plain sight and sometimes teasing them to influence them to change direction.

When the “it” player catches someone, the caught player becomes “it” and the catcher flees from them.

Blind man’s buff is ideally played in an area free of dangerous obstructions so that the “It” player will not suffer injury from tripping over or hitting something.

There are several versions of the game: 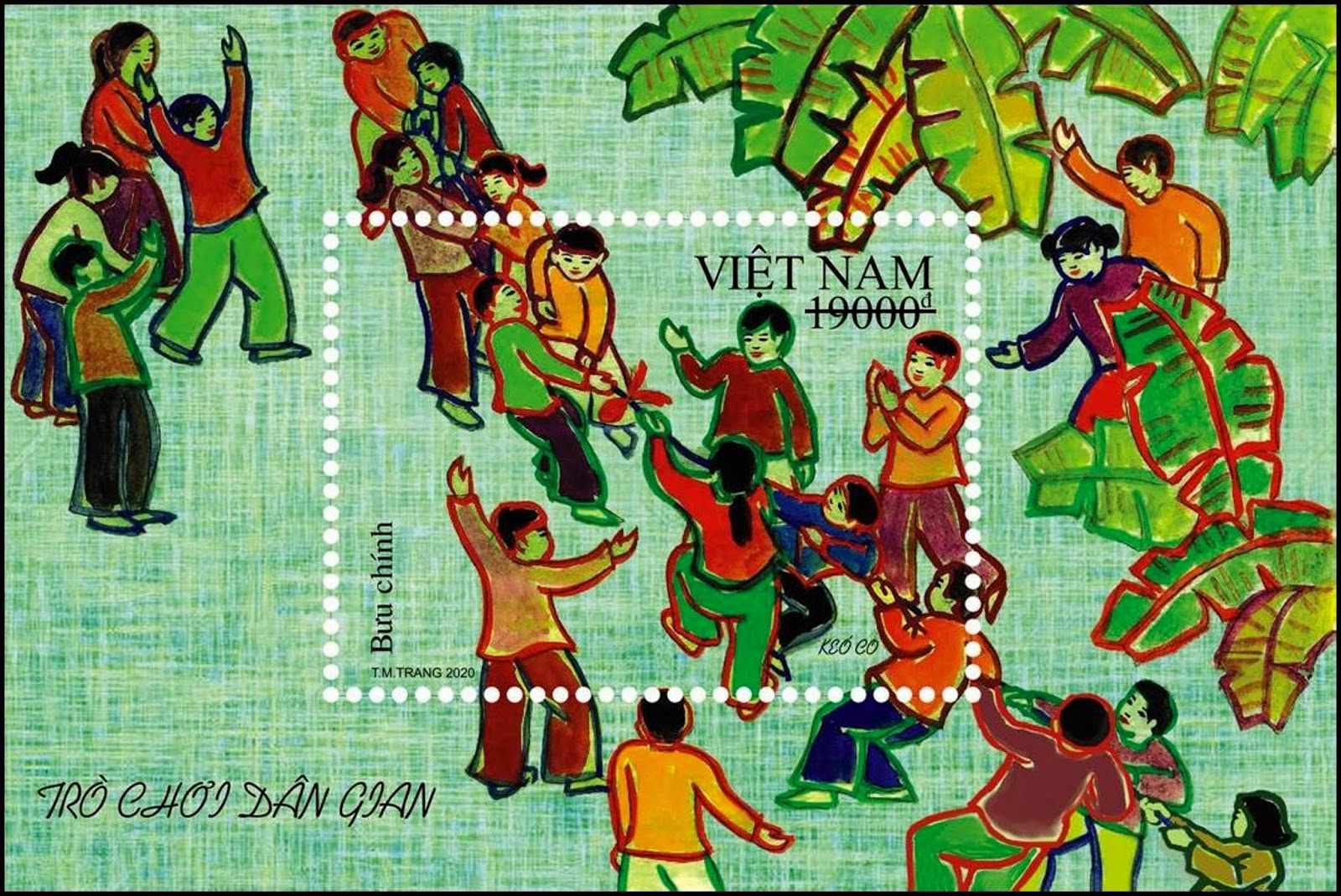 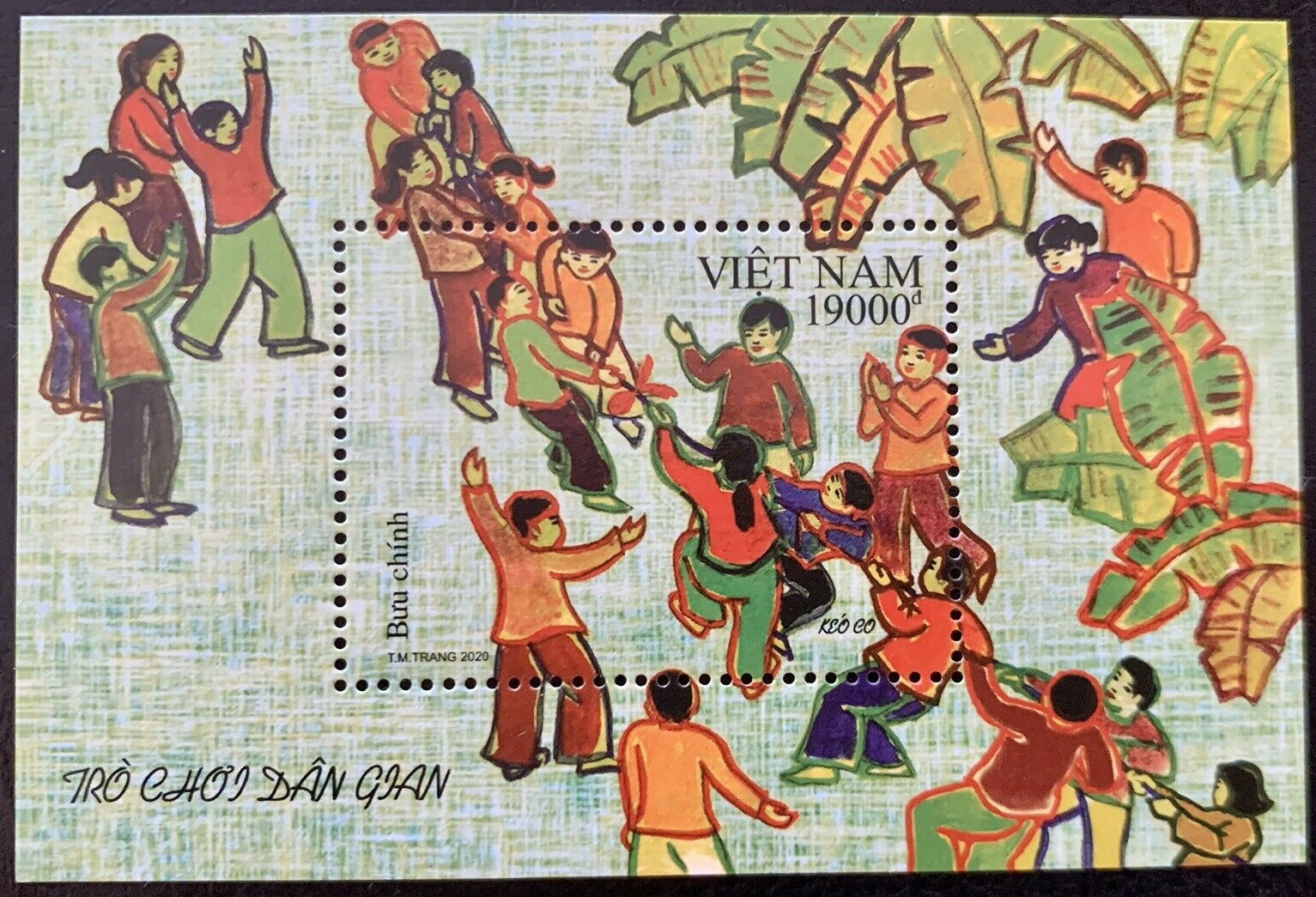 Tug of war (also known as tug o’ war, tug war, rope war, rope pulling, or tugging war) is a sport that pits two teams against each other in a test of strength: teams pull on opposite ends of a rope, with the goal being to bring the rope a certain distance in one direction against the force of the opposing team’s pull.

The origins of tug of war are uncertain, but this sport was practiced in Cambodia, ancient Egypt, Greece, India and China. According to a Tang dynasty book, The Notes of Feng, tug of war, under the name “hook pulling” (牽鉤), was used by the military commander of the State of Chu during the Spring and Autumn period (8th to 5th centuries BC) to train warriors. During the Tang dynasty, Emperor Xuanzong of Tang promoted large-scale tug of war games, using ropes of up to 167 metres (548 ft) with shorter ropes attached, and more than 500 people on each end of the rope. Each side also had its own team of drummers to encourage the participants.

In ancient Greece the sport was called helkustinda (ἑλκυστίνδα), efelkustinda (ἐφελκυστίνδα) and dielkustinda (διελκυστίνδα),[ which derives from dielkō (διέλκω), meaning amongst others “I pull through”, all deriving from the verb helkō (ἕλκω), “I draw, I pull”. Helkustinda and efelkustinda seem to have been ordinary versions of tug of war, while dielkustinda had no rope, according to Julius Pollux. It is possible that the teams held hands when pulling, which would have increased difficulty, since handgrips are more difficult to sustain than a grip of a rope. Tug of war games in ancient Greece were among the most popular games used for strength and would help build strength needed for battle in full armor.

Tug of war stories about heroic champions from Scandinavia and Germany circulate Western Europe where Viking warriors pull on animal skins over open pits of fire in tests of strength and endurance, in preparation for battle and plunder. During the 16th century, tug of war was popularized during tournaments in French châteaux gardens and later in Great Britain. Beginning about 1800, tug of war featured in a new tradition among seafaring men who were required to tug on lines to adjust sails while ships were under way and even in battle. 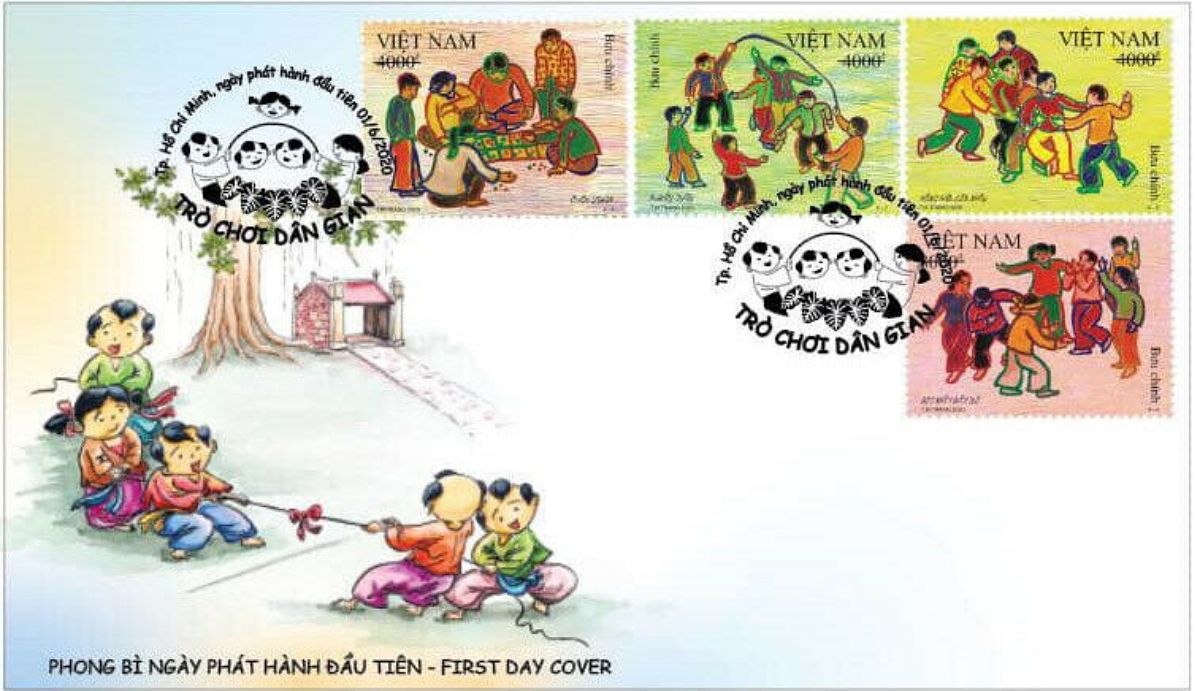 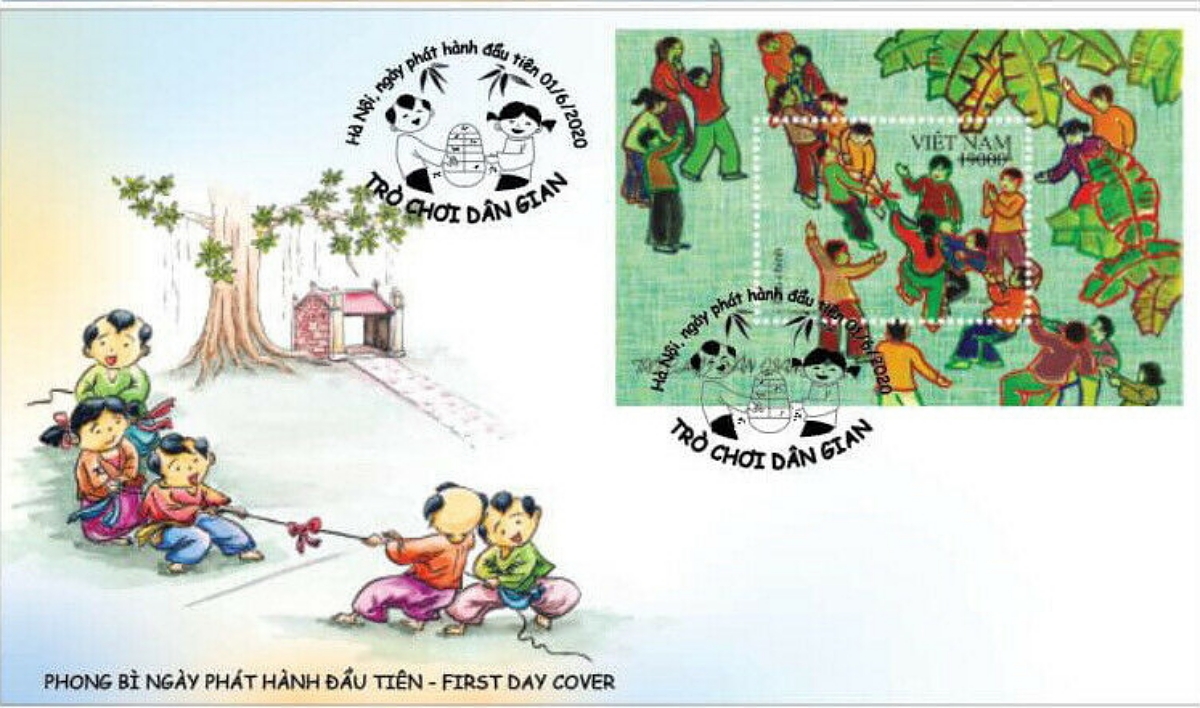 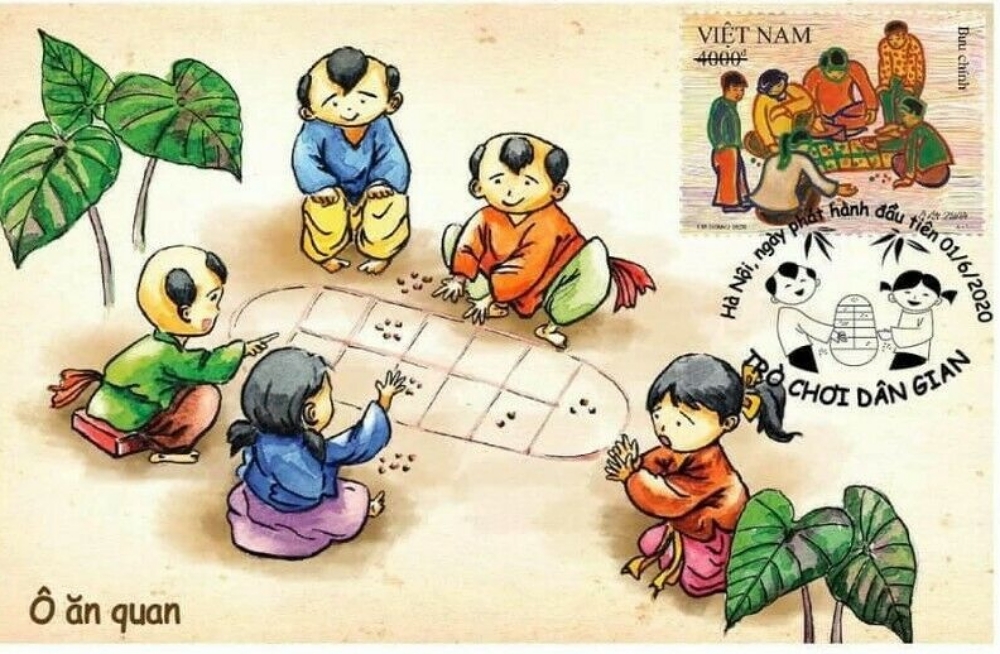 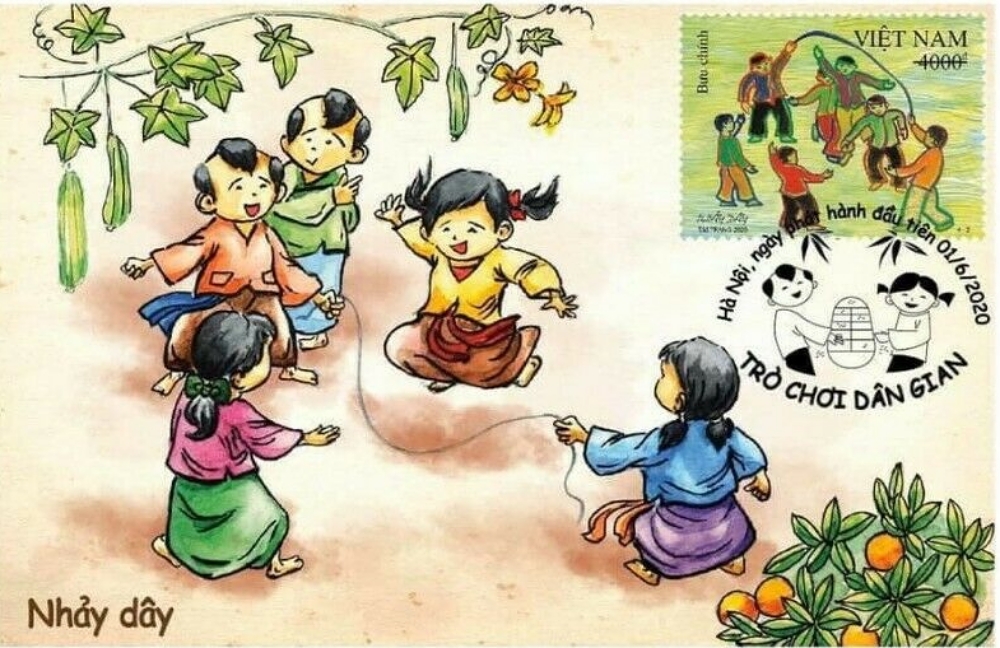 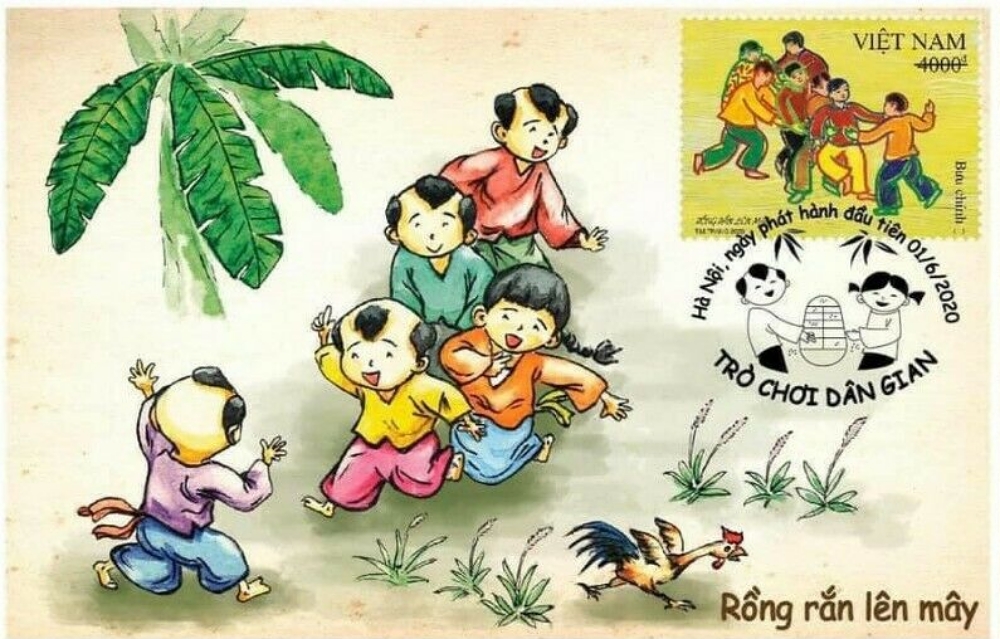 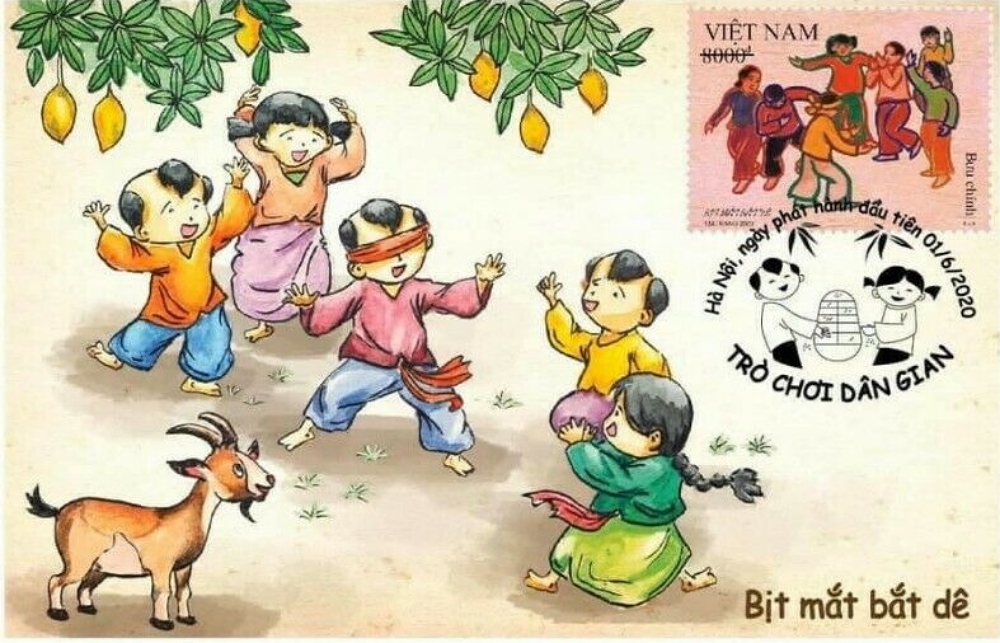