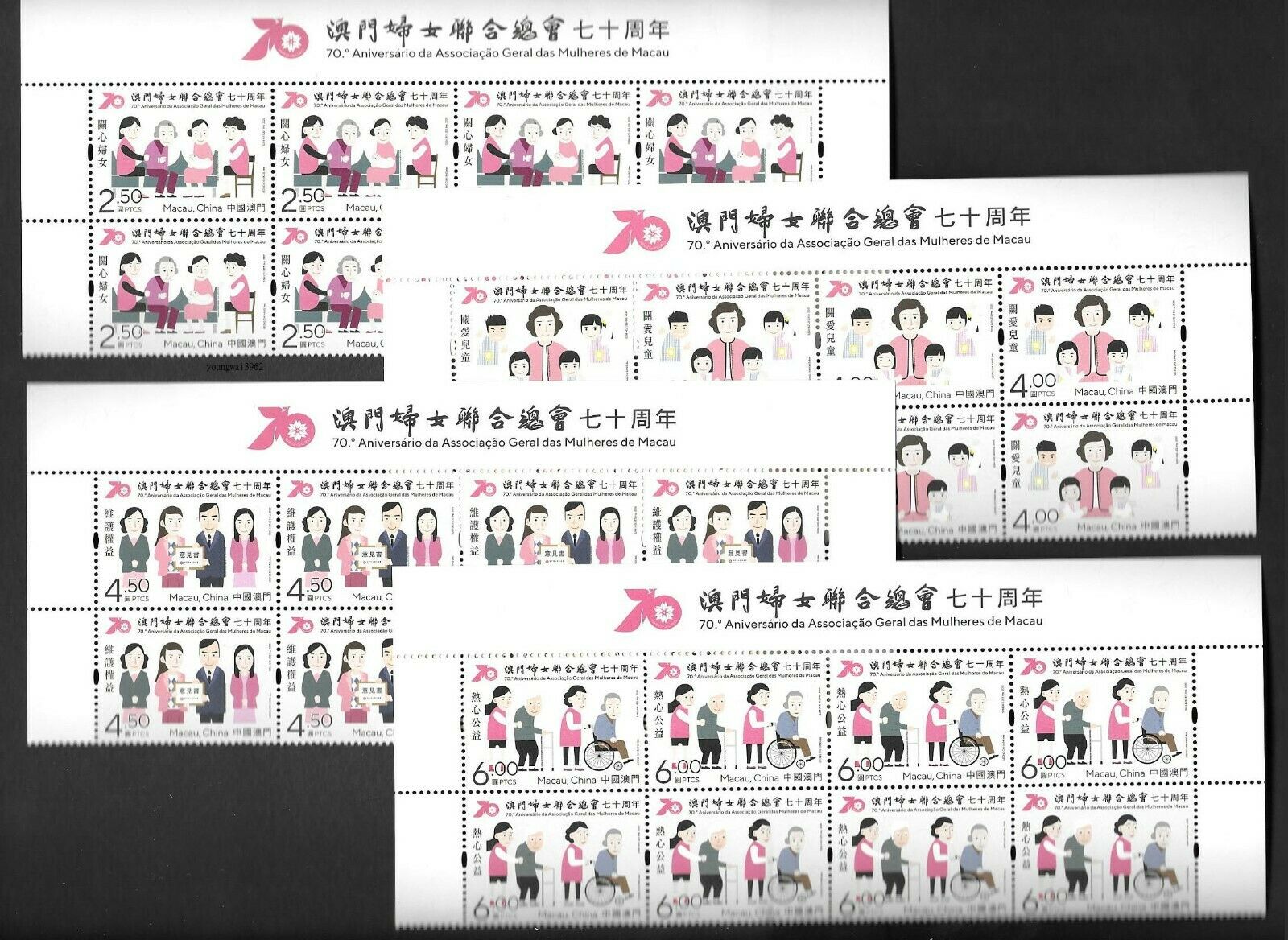 Caring for women and children for 70 years, and serving the community with love! The Women’s General Association of Macau, which has a fine tradition of “Patriotism and Love for Macao”, has been on a glorious journey of 70 years alongside the development of women and children in Macao!

The Women’s General Association was established in 1950. Over the past 70 years, it has adhered to the values of “caring for women and children, and serving the community”, developed the fine tradition of “Patriotism and Love for Macao”, connected and united women from all sectors, worked for the welfare of women and children, promoted the construction of harmonious households, and cooperated to build a prosperous and stable society in Macao. The Association is the oldest, with the largest number of members and most representative women’s organization in Macao, it’s constituted by members from all sectors and is a large family of women and sisters in Macao.

In the past 70 years, the Women’s General Association has been kept in pace with the social development, from the initial developments in eradication of illiteracy for women to the participation in politics, from visiting and listening to the poor to providing the diversified services, and from its foundations to contribute to the society, the Association has always insisted on serving every household and caring for residents aged 0 to 100 years old in Macao. Being a trustworthy, reliable close friend of women and sisters. With the solidarity and joint efforts of the generations in the Association, it actively promotes the development of women and children affairs in Macao, and provides a variety of social services, including childcare, education, rights protection, family, training, health, helping the disadvantaged, and many others. The Association makes continuous efforts to improve the position of women and to promote harmonious households, and acts as a link and bridge for the stable development of Macao’s society.

Hereafter, the Women’s General Association will certainly never forget its original aspirations, will continue to carry forward the spirit of benevolence, will promote the core values of “Patriotism and Love for Macao”, and will continue to support and cooperate with the MSAR Government to govern by operation of law.

The Association will seize every minute and every opportunity to develop the role of women in the society, will strengthen the self-building of the organizations, will be a defender of women’s rights and interests, will help to build harmonious households, as well as uphold its role as service provider of the MSAR residents. The Association will tell the story of the successful practice of “one country, two systems” in Macao, and will show the bright new generation of women of the MSAR to the international.

Travelling together to a new era, striving for new goals, and succeeding in the new journey! The Association will strive to write a new chapter in the development of the women’s and children’s affairs, and will work together with Macao residents to build a beautiful home!

The Women’s General Association of Macau was established in 1950, is the oldest, with the largest number of members and most representative women’s organization in Macao, it’s constituted by members from all sectors and is a large family of women and sisters in Macao. Macao Post and Telecommunications Bureau will issue the stamp theme “70th Anniversary of the Women’s General Association of Macau” on 21st May, 2020, to mark the association’s glorious journey of 70 years alongside the development of women and children in Macao.

This issue includes a set of four stamps and one souvenir sheet, the stamps are depicted the four main services of the association, which are caring for women, caring for children, defending their rights and interest, and enthusiastic public welfare; the souvenir sheet depicts a beautiful home built together with people of Macao. With the application of vivid and radiant colours in the images, the theme of this issue is displayed in a happy and relaxed way.

The above issue will be available for sale at the General Post Office and the Communications Museum, from 9:00a.m. to 5:30p.m., and the “Rua do Campo” Post Office, from 9:00a.m. to 7:00p.m. The mail service for the relative philatelic products cancelled with the commemorative postmark will be available on the issue date at the above locations. The philatelic products are as follows: 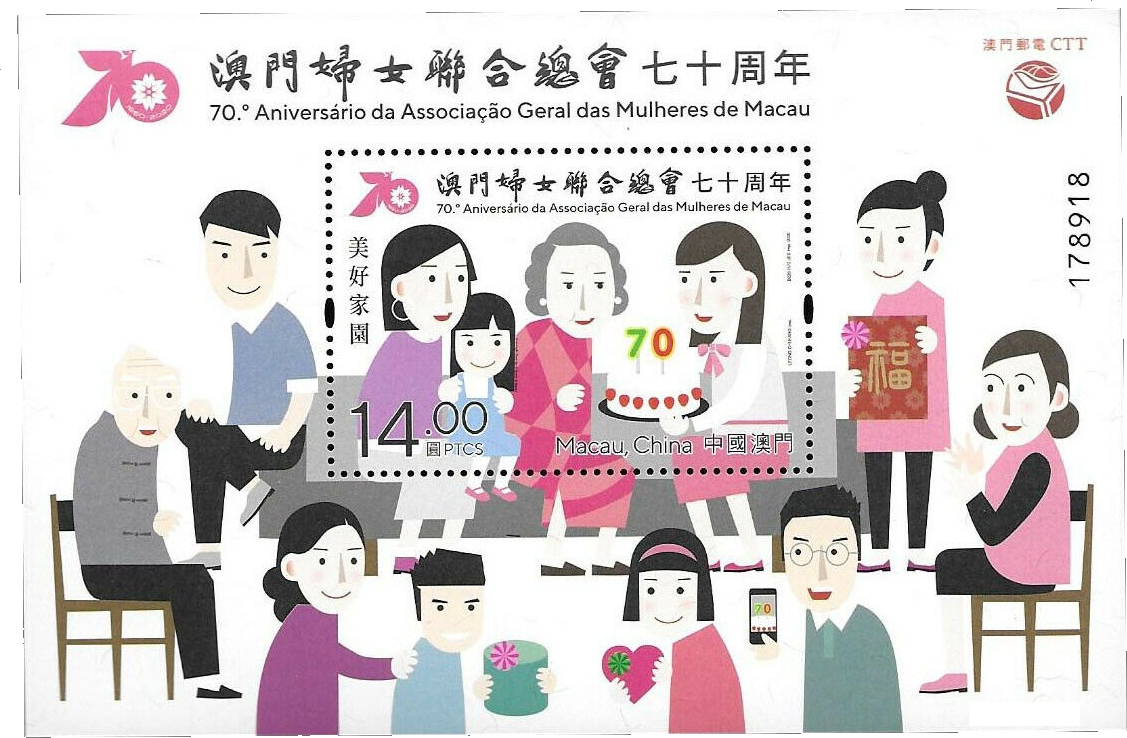 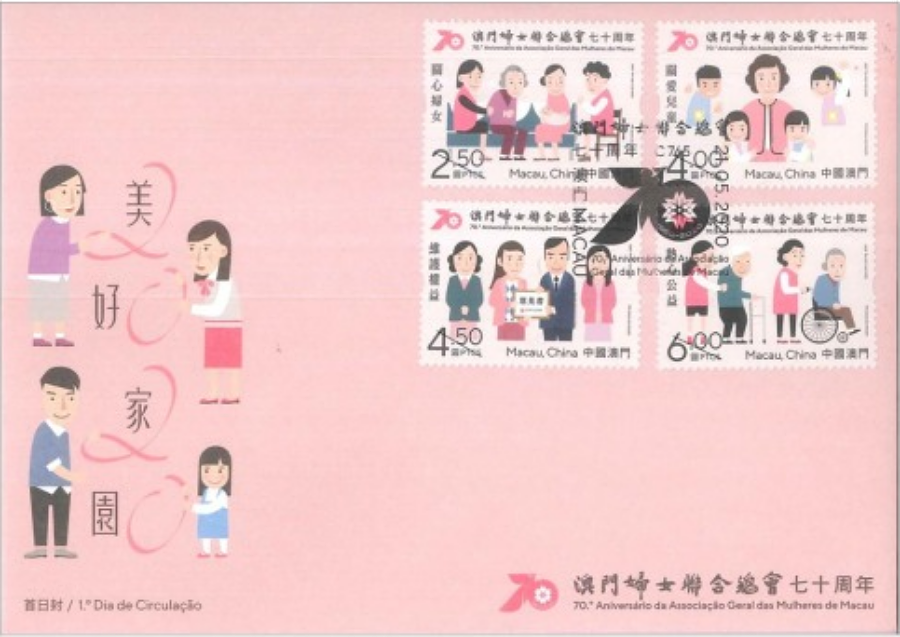 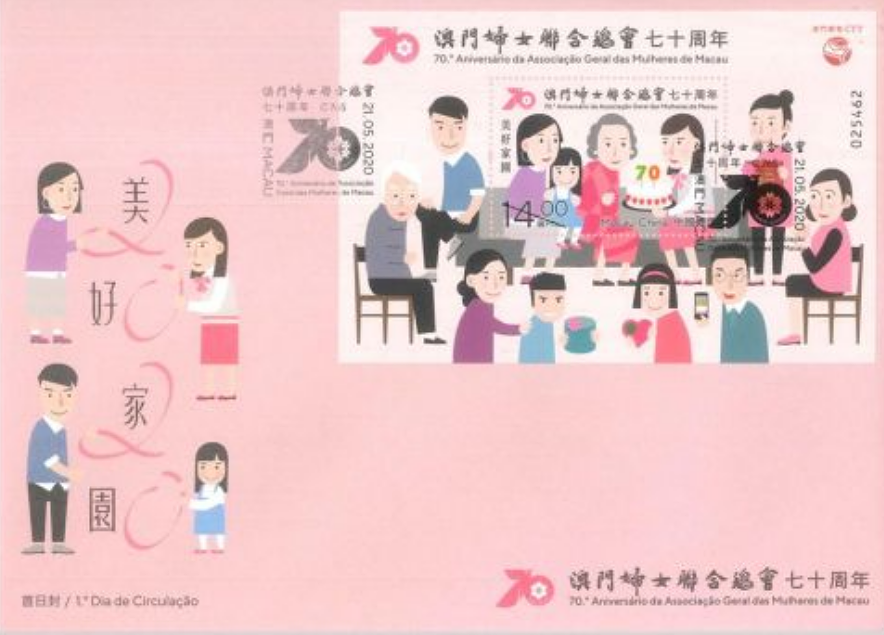 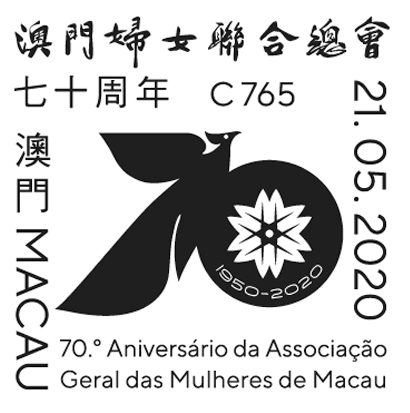