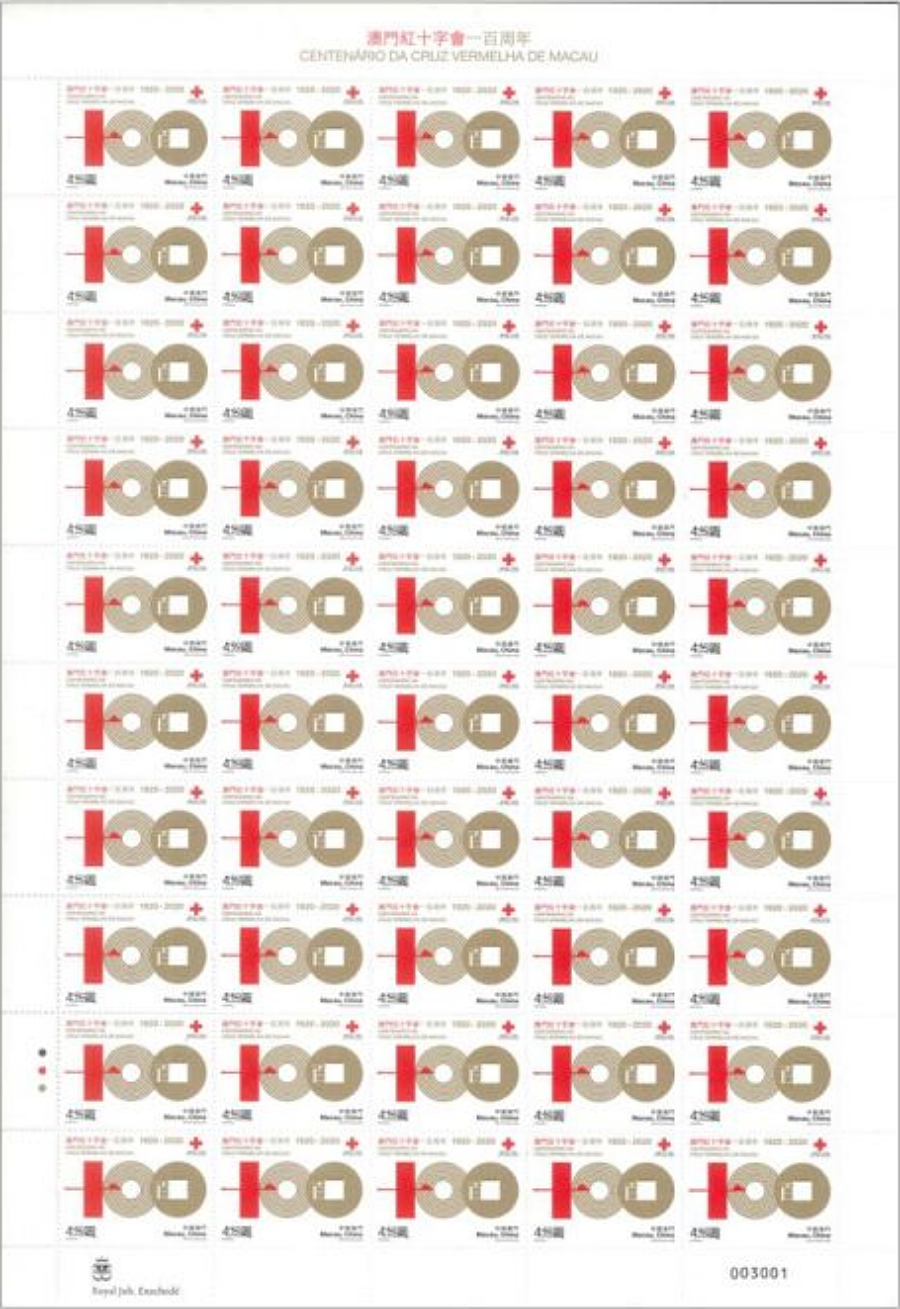 Over the past hundred years, we have been dedicated to promoting the Red Cross Movement by dealing in the early years, under extremely difficult conditions, with the influx of war refugees into the city by conducting humanitarian relief works whenever major disasters occur around the world. It not only reflects the compassion of the Macao citizens, but also won the recognition and affirmation of the International Federation of Red Cross and Red Crescent Societies (IFCR) and of the Red Cross societies established all of the world. In 2003, Macau Red Cross was awarded the Medal of Merit – Philanthropy by the Government of the Macao Special Administrative Region (MSAR) in recognition of our outstanding contributions to humanitarian activities over the years.

During the past 20 years since the establishment of the MSAR, Macau Red Cross has developed rapidly and has diversified its scope of work. The current services include “Disaster preparedness and victim assistance services” for the relief of disaster victims at home and abroad; “Tracing service” to assist individuals to re-establish communication with lost family members who are separated by natural or man-made disasters; “Medical transfer service” for disabled and/or bed-ridden patients; “First aid service” for various types of events held locally; “Macau Red Cross School” for the teaching and promotion of first aid knowledge; “Youth development program” focusing on the development of child and youth; and “Community services” for caring for the underprivileged in the community. The organization has also joined the Civil Defense Master Plan of the MSAR Government, and as a member of the civil defense framework, we have actively participated in and completed several civil defense operations.

Holding the firm convictions of philanthropic and voluntary services, the humanitarian mission of the Macau Red Cross has never interrupted for over a century.

Little drops of water, little grains of sand, the selfless contributions by our volunteers, and the support and contributions by the public, make-up the mighty and solid foundation for Macau Red Cross, to enable us to continuously carry out our humanitarian missions.

Stamp Issue “Centenary of the Macau Red Cross”
To mark the century of the Macau Red Cross in fulfilling its humanitarian and philantrophic Missions, Macao Post and Telecommunications Bureau will issue the stamp theme “Centenary of the Macau Red Cross” on 12th June, 2020. The Macau Red Cross was founded in 1920, is the oldest humanitarian organization in the city, and celebrates its first centenary this year.
Holding the firm convictions of philanthropic and voluntary services, the humanitarian mission of the Macau Red Cross has never interrupted for over a century. Little drops of water, little grains of sand, the selfless contributions by their volunteers, and the support and contributions by the public, make-up the mighty and solid foundation for Macau Red Cross and enable the continuously carry out this humanitarian missions.
This issue includes one stamp and one souvenir sheet, whose design incorporates the number “100” with a red cross; the souvenir sheet shows the seven fundamental principles of the said International Movement: Humanity, Impartiality, Neutrality, Independence, Voluntary Service, Unity and Universality, and illustrating several projects started in MSAR and beyond.
The above issue will be available for sale at the General Post Office (9:00a.m. to 5:30p.m.), the Communications Museum (9:00a.m. to 1:00p.m., 2:30p.m. to 5:30p.m.), and the “Rua do Campo” Post Office (9:00a.m. to 7:00p.m.). The mail service for the relative philatelic products cancelled with the commemorative postmark will be available on the issue date at the above locations. The philatelic products are as follows:

The stamp designer of this issue is Mr. Lok Hei, and the text of the information brochure is written by the Macau Red Cross. 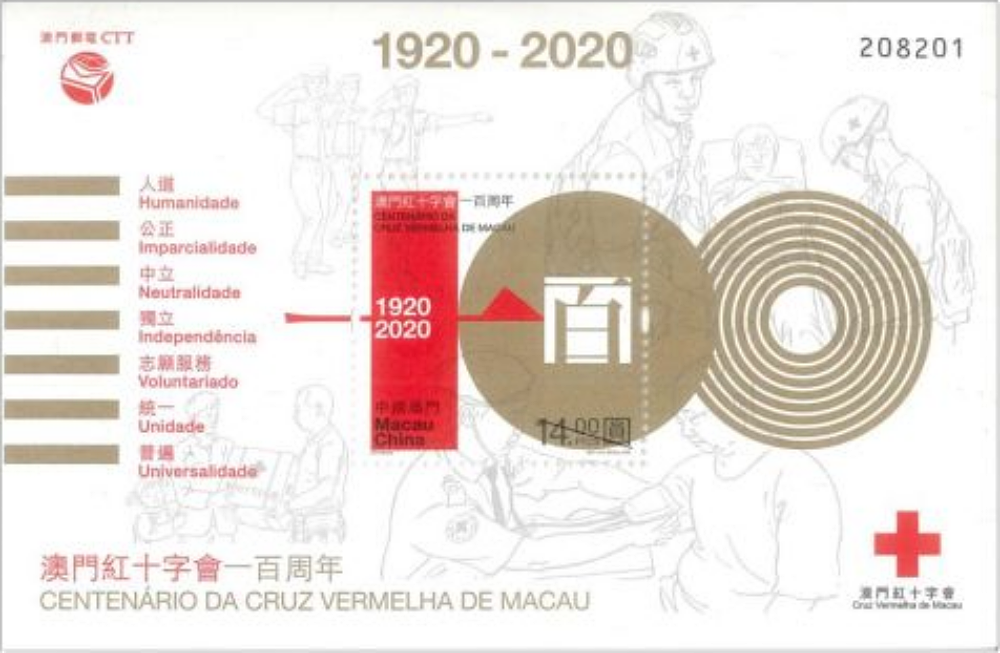 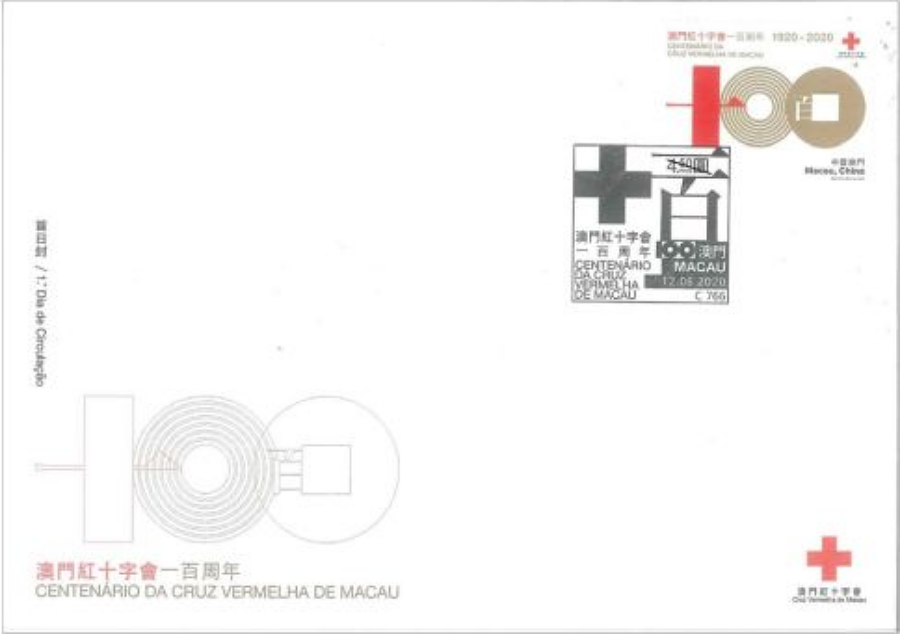 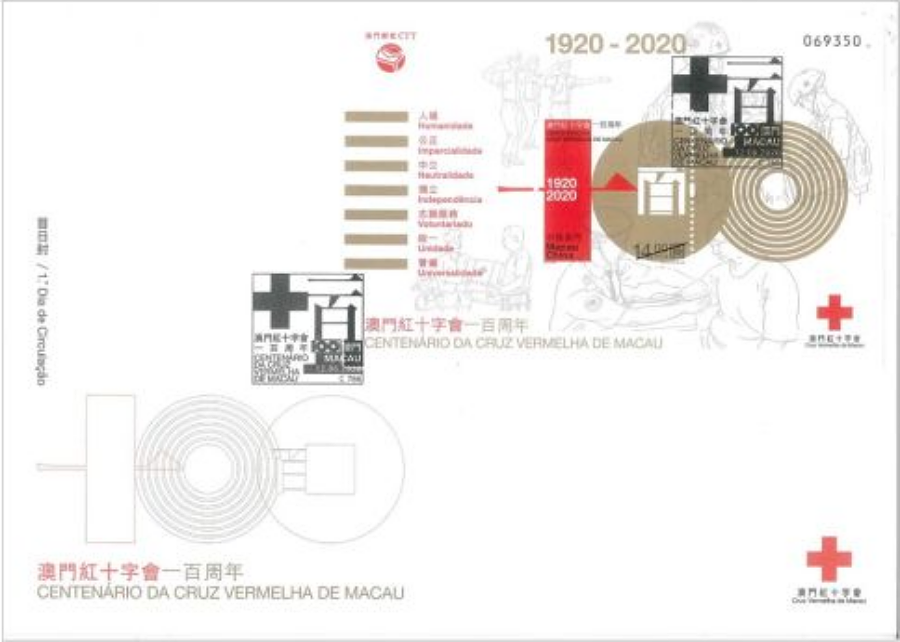 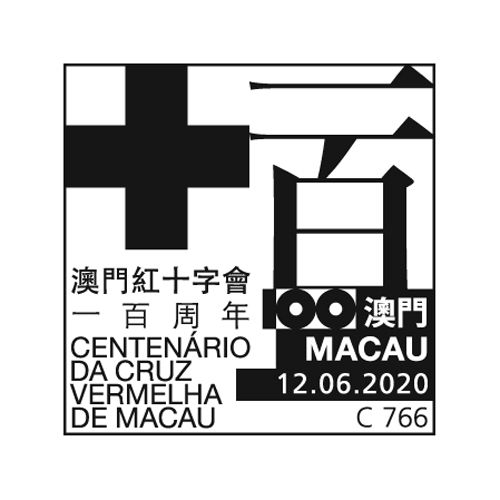