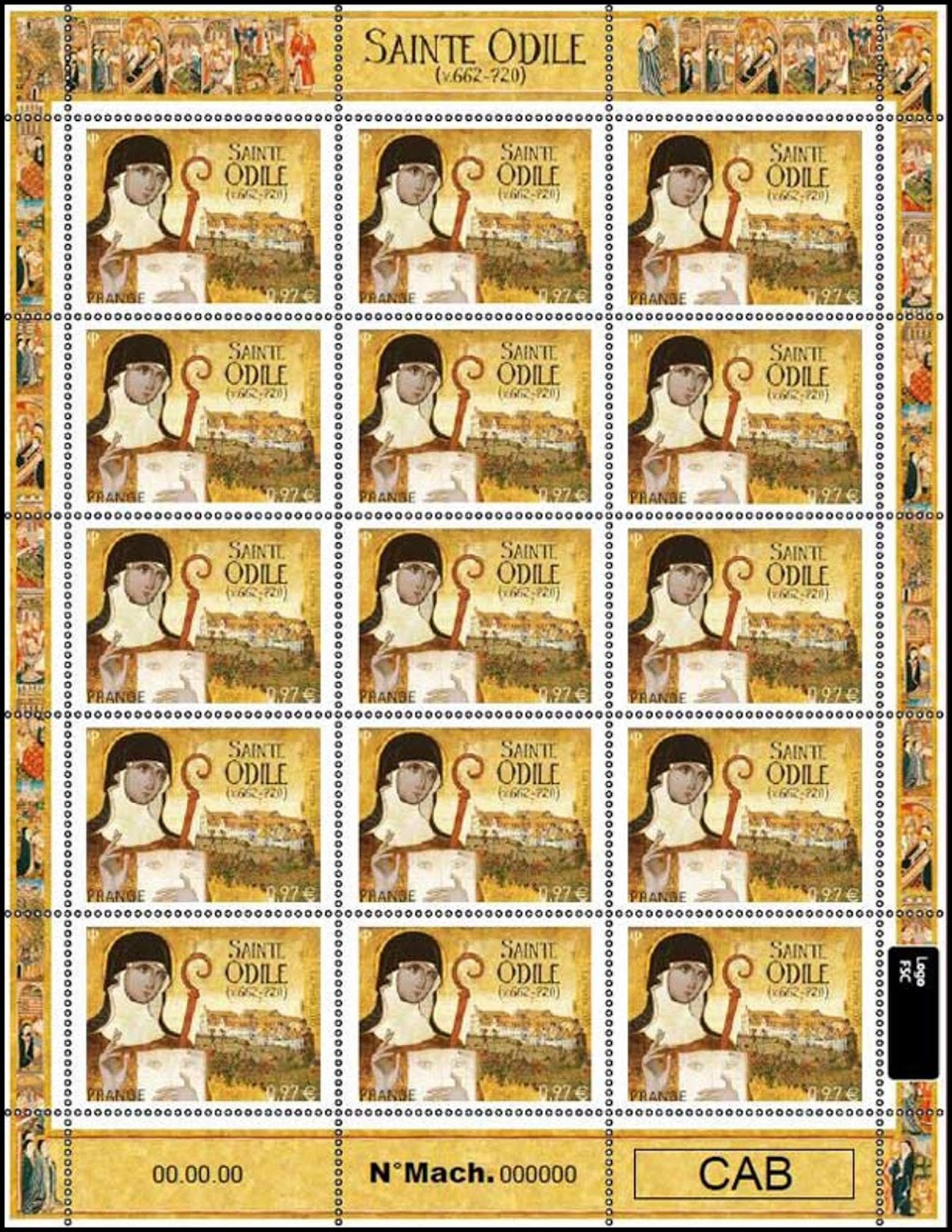 Stamp issued on the occasion of the 1300th anniversary of the disappearance of Saint Odile. The illustration recalls an icon, Saint Odile is dressed in her Benedictine abbess dress and holds a butt in her hand as well as a book with these eyes symbolizing the fact that she regained her sight on the day of her baptism. In the background is Mont Sainte-Odile.

A bit of history

Its legend merges with the wooded slopes of the Vosgien Mountain which bears his name and dominates the plain of Alsace and the Rhine valley. Odile, officially patron saint of the region since 1946, was the daughter of Duke Adalric and his wife, Bereswinde. The earliest account of her life dates back to the 10th century, but it is said to have originated in the Merovingian period, around the year 662. Hoping for a male heir, his father denies the child who, moreover, suffers from blindness. Saved from death by her mother, she is sent to grow up in a remote abbey where Saint Erhard, an Irish missionary bishop in Bavaria, following a vision that commands her to go and baptize a blind girl, makes her regain her sight and calls her Odile, “girl of light”. Returning to Alsace, with the help of her repentant father, she created several religious establishments to welcome the sick and needy, and died abbess, surrounded by her nuns in 720.

After his death, his cult spread throughout France and Germany and hagiographic texts multiplied, adding elements to the legend and allowing other places to appropriate the history of the saint. Some of them repeat the story after the healing of the young Odile and recount his return to the family palace in the company of his brother Hughes: mad with anger, the father would have killed his son and chased his daughter across the Rhine, a rock would then open in front of her, in the Black Forest, on the side of Freiburg, to offer him refuge.

Odile is often depicted with a chalice containing her eyes, dressed in her Benedictine abbess’ garb, which distinguishes her from Lucy, the other saint of the visually impaired, long celebrated also on December 13.

The basilica housing his tomb and that of his parents, rebuilt in the 17th century on the ruins of the first abbey and now known as the Hohenbourg Abbey, is the spiritual high place of Alsace. 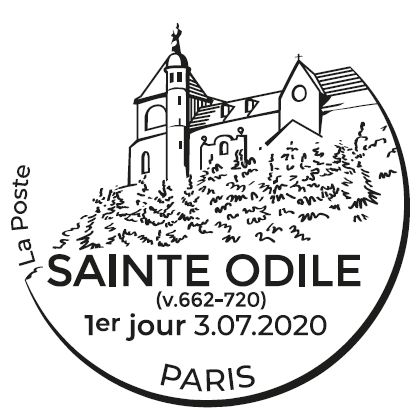 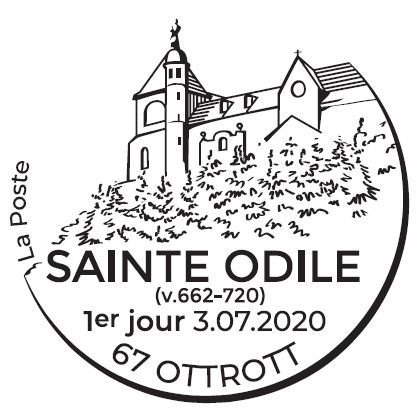