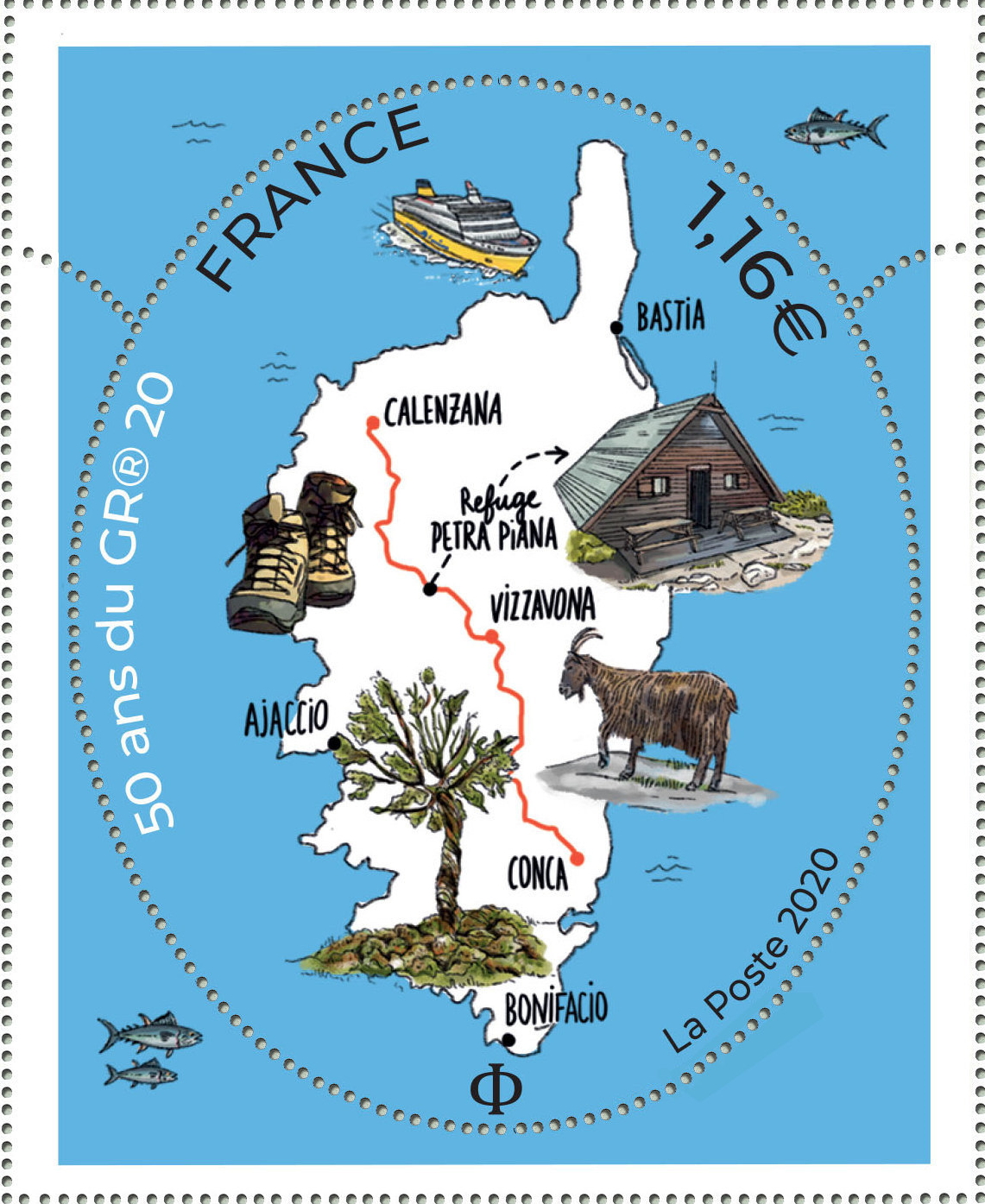 The stamp is illustrated by the gr® 20 route, which runs from Calenzana to Conça. On the contours of the block, characteristic elements that one discovers while hiking on the trail, be it the needles of Bavella glowing under the setting sun, the footbridge of Spasimata suspended 15 meters above the river and 31 meters long, vertiginous! And the amazing pozzines of the Coscione plateau that give the illusion of seeing pieces of lawn floating on a body of water. They make the happiness of horses and wild pigs! We also discover at the turn of the road, the sorbier of the birds and the crocuses.

A bit of history
The adventure begins with the test of the backpack. Because, before embarking on the assault of the 180 km of the mythical GR® 20 Corsican, the hiker has every interest to relieve himself of unnecessary weights! Whether you choose Calenzana in the north or Conca in the south, this trail lives up to its reputation: difficult, of course, but of striking beauty. The route – counting sixteen days of walking – taken by more than twenty thousand hikers a year crosses Corsica diagonally, the middle stage being Vizzavona.

The GR® 20 was traced in 1970 in the continuity of the creation of the Corsica Regional Natural Park, which now maintains it, under the combined action of a forest engineer, Guy Degos, and a mountaineer, Michel Fabrikant. Initially reserved for savvy sportsmen, he gradually equipped himself with water and supply points, multiplying the bivouac areas in the sheepfolds or resting in the shelters, such as that of Pietra Piana, the first to see the light of day in 1971. The famous red and white stripe mark-up of the GR® 20 has many surprises in store: a strong sensation on the famous Spasimata bridge suspended 15 m above the void, visual shock of the seven jagged peaks of Bavella needles, green magic of the Coscione plateau, whose greasy grass delights wild pigs, stunning sea views…

The passes follow one another, we follow the ridge lines, we dive with gratitude into a lake, we live to the rhythm of sumptuous sunrises and sunsets, daily reward of the hiker. Whether you’re walking seven hours a day or opting for just a few steps, this legendary “Fra li monti” path (through the mountains) is slowly becoming mesmerized. The GR® 20 always keeps its promise: that of an unforgettable experience. 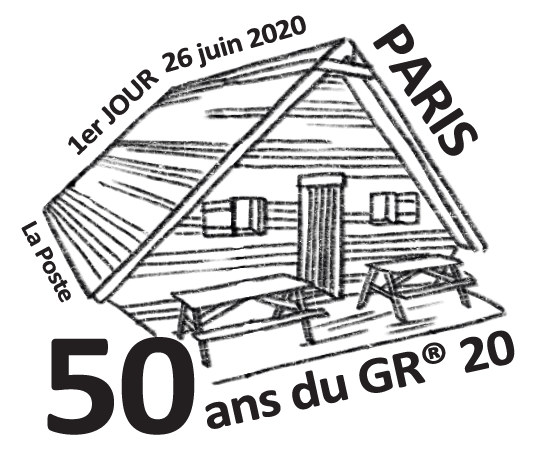 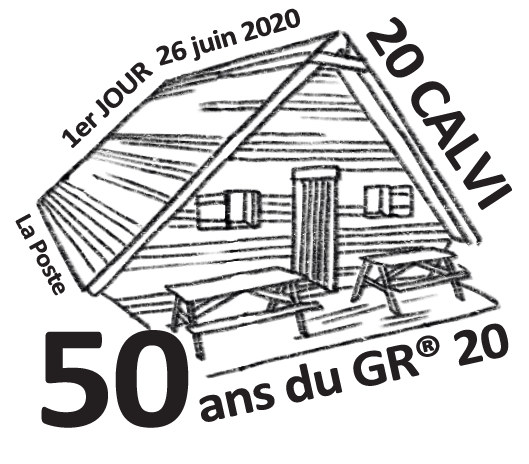 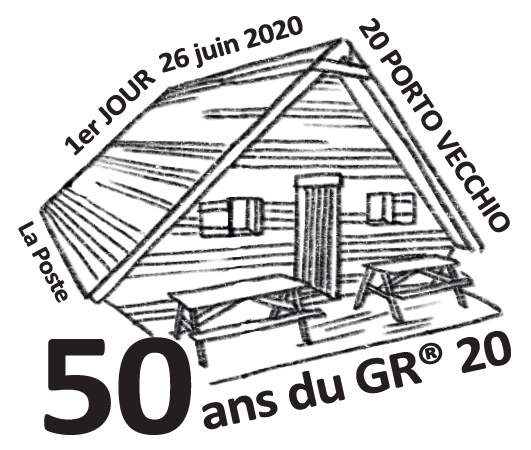