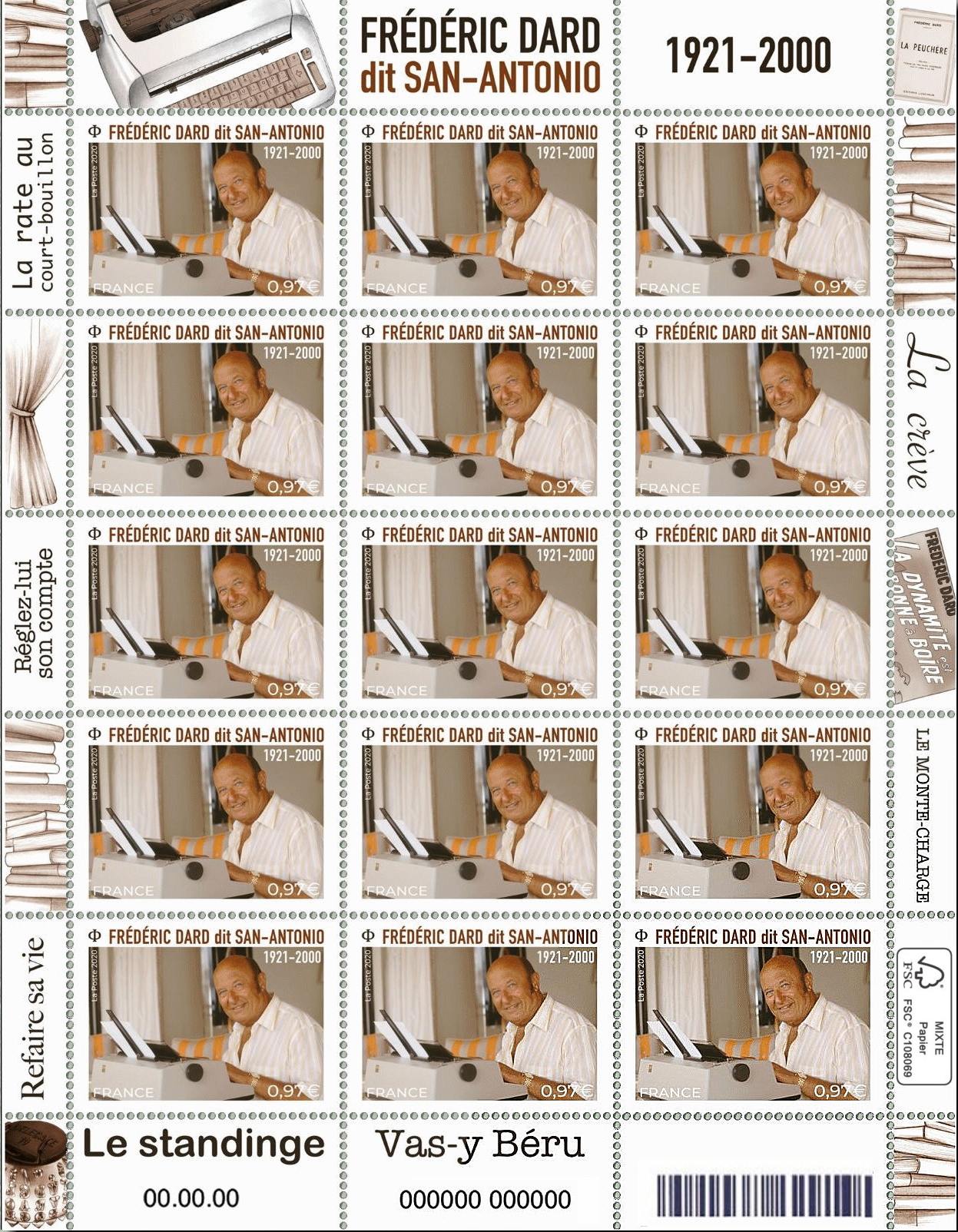 Frédéric Dard was born on June 29, 1921,in Jallieu (Isère), on the floor above a Post Office, which, he said, predestined him to a career in letters…

Coming from a modest family, he showed an inordinate taste for reading at an early age. Influenced by authors such as Georges Simenon and Louis-Ferdinand Céline, he published his first book, La Peuchè e,in 1940. A literary and stakhanovist of the typewriter, he rubs shoulders, under his name or under improbable pseudonyms, with the popular novel as well as children’s tale, through theatrical writing or radio adaptations and screenplays for the small and the big screen. In 1949, in the midst of the american-style black novel, he published Set His Account,the first title in a series of more than 180 books featuring Commissioner San-Antonio. This saga will become a literary tidal wave, transcending all readers. The face, the truculence and the Rabelaisian vitality of his hero and his inseparable companion Bérurier are matched only by his genius of the verb and his stylistic fulgurances. At the rate of four titles per year, Frédéric Dard has created a pseudonym that has entered the pantheon of popular heroes.

A unique phenomenon of 20th-century French literature, Frédéric Dard has published nearly 300 books that have sold more than 250 million copies and translated into more than thirty-five languages. Both by the diversity of his production, and by the unique art with which he has renewed the language, the defender of human stupidity on every level, he is undoubtedly one of the major figures of literary heritage. Frédéric Dard, a modest and sensitive man with an endearing personality, died on June 6, 2000,at the age of 78. He rests in the cemetery of Saint-Chef (Isère), a village where he spent part of his childhood.

This stamp, celebrating the twenty years of his death, will precede by one year the events around the centenary of his birth. 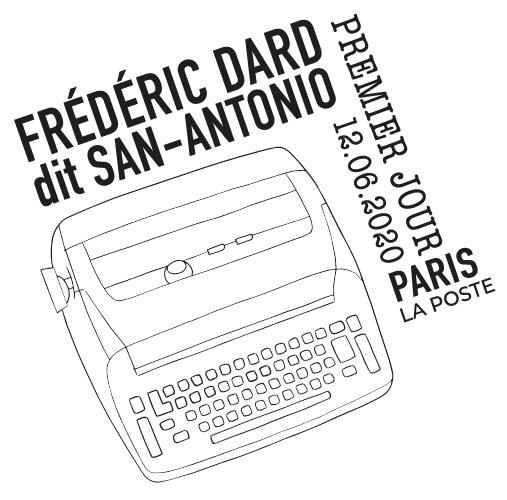