Issue Date on Friday, July 10, 2020
Illustrated obliteration 1st day Paris (75) at Le Carré d’Encre, from 10am to 1pm and from 2.30pm to 5pm at Carré d’Encre, 13 bis rue des Mathurins, 75009 PARIS (entrance by 42 rue Godot de Mauroy, closed on Monday).
In the exceptional context, the time limit for obliterations is extended for emissions from 1 March 2020, from 8 weeks to 6 months.
General sale on Monday, July 13, 2020 Info
Face value: €1.40 See fares as of July 13, 2020
Notice of receipt of the recommended letter for international
Postage of priority letter up to 20g internationally
Vertical stamp – Serration 13
Total dimensions: 30×40.85 mm
Color In: polychrome
Printed in Offset 42 stamps per sheet
Issued to 500,010 copies

Any respectable Marseillais will tell you that the only one, the real bouillabaisse is simply… Hers! For art and the way of preparing it is not given to everyone: one must be wary of pale imitations. Originally, this modest dish consisted of boiling, on the return of the peach, in a cauldron filled with sea water, fish too damaged to be sold or which had not found takers. The first mention of this cult dish dates back to the end of the 18th century, but it is then rather a method of cooking over a high heat, which is lowered to the first broths, with this recommendation: “when it boils, lowers the fire” or “boil and drop”, “bouiabaisso” in Provençal, which will give the word “bouillabaisse”.

Rock fish give it its iodized and full-bodied taste. Small red mulles, monkfish, whiting, rascasse, scallops, a few etries, tomatoes, onions, leeks, celery, garlic and olive oil are usually added, not to mention the essential pinch of saffron. The broth is served first, the fish then, accompanied by rust and croutons.

The bouillabaisse is one of the jewels of Mediterranean cuisine which, around a nature purveyor of wealth and exchange, has been able to explore the culinary traditions of this “middle sea” between Europe, Africa and the Near East. From the products of the sea, vegetables from the sun, fruits from the vine and orchard and, of course, the emblematic olive oil are born of specialties that, against a background of perfumes of garrigue, are their name full of sun: tapenade, anchovy, pissaladière, small stuffed, ratatouille, tians… A gastronomic heritage that speaks of the art of receiving, generosity and pays tribute to the sun and the sea. 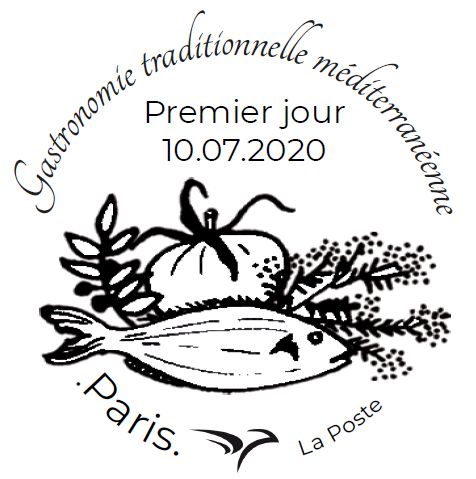